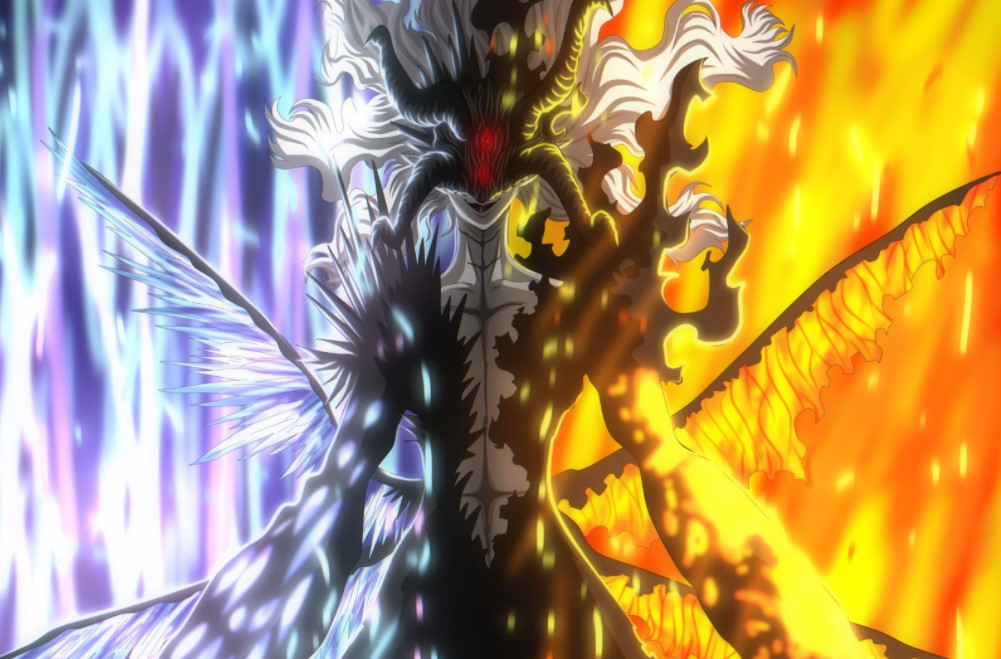 Black Clover continues again with a new chapter titled Freezing Sun. After unleashing his Demon Destroyer. Asta managed to slice Lilith and Naamh into halves. But the two Supreme devils smile as he continues to slice them. Lilith and Naamh comment that it is a shame that Asta slices Niamh first. Lilith took Naamh’s heads and commented that they would be able to play this game together. Asta is wondering what the Supreme Devil is trying to do. Nacht realizes that the worst is about to happen.

Earlier, Asta realizes that he can keep up with Devil Union Mode for five minutes, and he is now left with four minutes. He decided to end everything before time beats him.  He told Liebe that they are in a four-minute battle, and he will quickly destroy Naamh and Lilith. Liebe is happy that he is facing the guys that he spent centuries with, in the underworld. But he was not expecting that things will turn out like this. Let’s find how Asta will face the Supreme Devils in his Devil Union Mode below.

Liebe used to consider the two devils as the most feared ones, but now he has no problem clashing with Lilith and Naamh, the high-level devils. He told the two devils to entertain them with a good fight. Asta and Liebe started to punish and smash Supreme Devils. . Lilith and Naamh told Asta to continue with his attacks, but he won’t law a single scratch on them. In the present, a huge light emerges after Naamh got beheaded. A huge explosion took place, and a new powerful Supreme Devil is born.

Lilith has just fused with Naamh. They have become a new Supreme Devils that has two eyes on its forehead. The Devil comments that Asta is their prey, and he will be screening soon. Nacht realizes that the Devil ow possess double the powers he has before. He thinks that the Devil will drive him crazy due to the tremendous power. 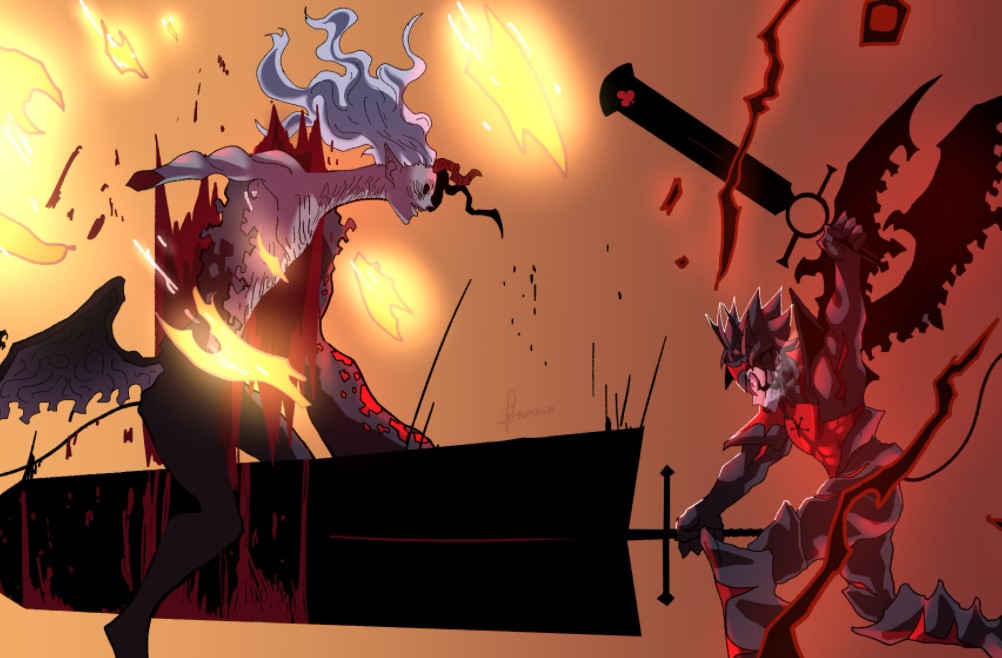 But Asta seems not to be worried about that since he is confident with his powers. Asta shout at the Devil that it is awesome by he can sense the powers and tell the difference. They both attack each other while destroying everything around them. Nacht keeps on watching, but he wants this to end quickly here; more devil-like this emerges into this world. The Devil flies high above Asta and comments that he can allow them to show the true powers of fused Supreme Devils.

Meanwhile, outside the Spade Kindom castle, everyone feels the presence of the powerful Devil. The Supreme Devil said that those who are not har would die along with everyone. He won’t make them suffer but just inflict a single pain as they die. He is not aiming to torture them but to kill them with a single blow. They won’t feel pain, but they will just die just like that. Asta notice that the Devil is just getting bigger, and he summons his first sword. He looks up to the sky and summons another sword that he calls a Demon-Slayer.

The citizens are witnessing things they saw in their life. This has become the greater battle that has never happened in the history of the Spade Kingdom. But they have faith in the Magic Knights, who are professional trained to protect them and overcome this. Asta charges toward the Devil with his Demon Slayer. Two mysterious shadows also show up and wonder how big the Devil with getting. The chapter ends with Asta wielding his Demon Slayer sword heading toward the Devil.

Black Clover Chapter 290 Release Date and Where To Read Online?

Black Clover Chapter 290 date will release on Sunday, 18 April 2021, officially on Viz. Don’t miss the next chapter that will hit next Sunday. You can find out more about how Asta has used his Demon Destroyer to slice Lilith and Naamh her on Black Clover, Chapter 289. Chapter 289 is released on Sunday. You can read Black Clover’s latest chapters on VIZ Media and Shueisha’s Manga plus for free.