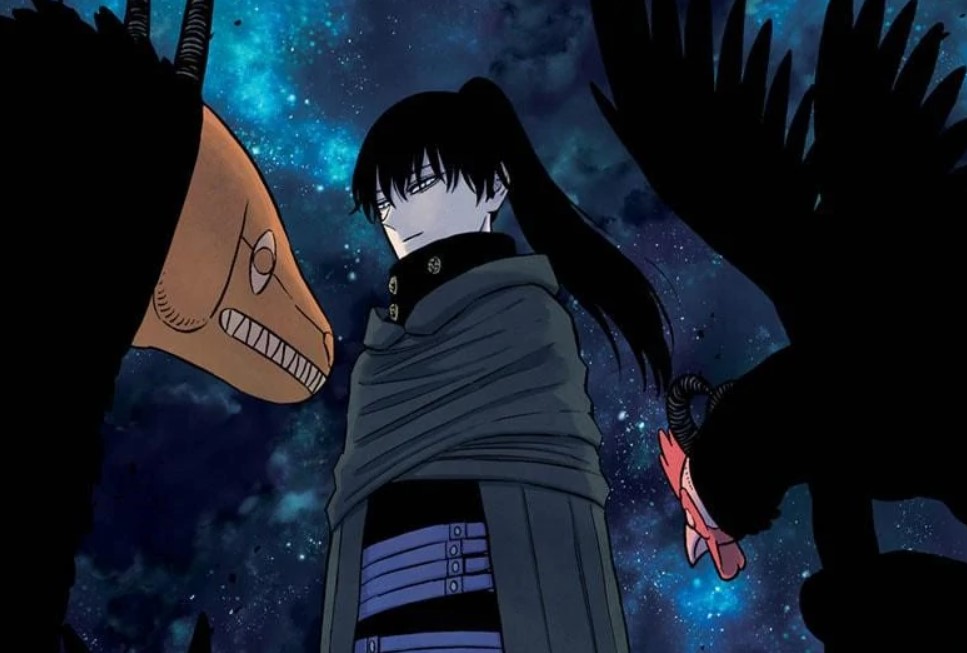 Before the reinforcement arrives at the Spade Kingdom, Nacht and Jack were clashing with two powerful devils Lilith and Naam. Dante watches as the two devils punish Nacht and Jack. Nacht realizes that their mission is to take down the Dark Triad and close the underworld gate. He decided to first separate Dante and those two top-level devils.  This week Black Clover’s latest chapter is titled A Hellish Game of Tag.

Lilith told Naam to play with humans while torturing them slowly. Dante complements the two devils. He said it is the world that he wanted which will be ruled by the stronger one. He is glad that Lucifero has brought two wonderful toys that will slaughter humans. Jack reminds Dante that they still have some scores to settle.

Black Clover Chapter 286 date will release on Sunday, 21 March 2021, on Viz. Note every Sunday new chapter of Black Clover is released unless it takes a weekly break. Let’s find out more about the Spade Kingdom battle here on Black Clover, Chapter 285. That was released on Sunday; down below, we will be looking at the latest chapter’s highlights. Read Black Clover  VIZ Media and Shueisha’s Manga plus.

Jack told Dante that he would slash him to pieces, and Dante said he is interested. Nacht notices that Jack will face the tough or. But he will have to believe in him, and he asks Walgner if he has complete his mission. Devil Welgner replies yes, and Dante decided to clash with Jack. Nacht decided to lure the two devils away from Dante. He wants to leave Dante with Jack to take the battle to their advantage.

Nacht entered a Devil l Union mode with Welgner and became Devil Union Mode: Gallus. Gallus unleashes a characteristics call and lure Lilith and Naam away. He flies at the passage of the castle, and the two devils followed him. Lilith is impressed that Gallus froze them and transported them somewhere. Naam comments that Gallus is interesting, and he told them that he would be their opponent. 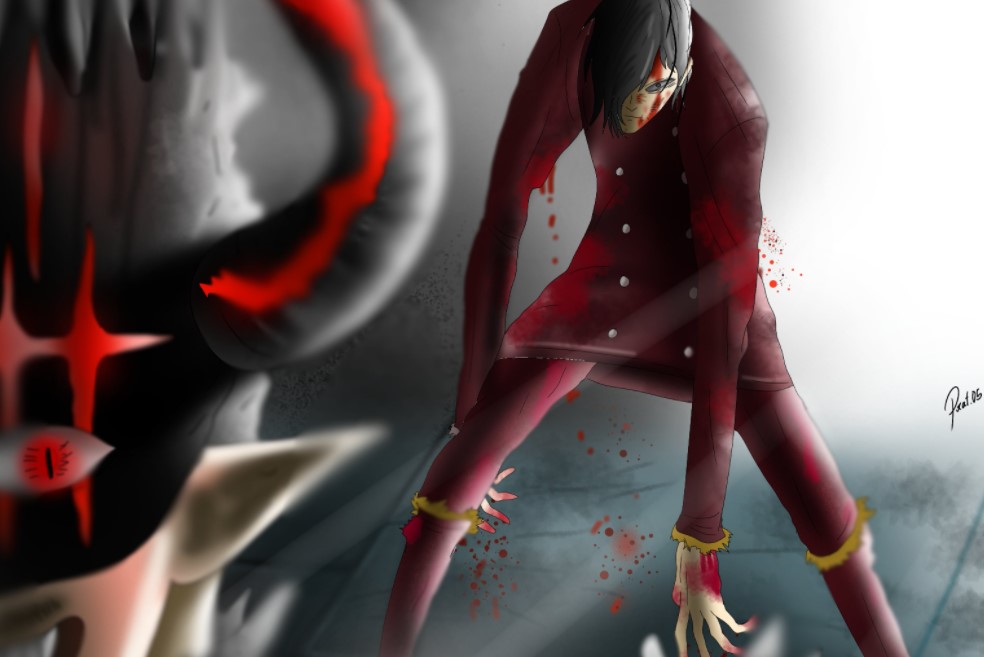 Gallus comments that the Hellish game of Tag has begun. The two devils started to lose sight of Gallus. Lilith comments that it won’t be a fair fight when they can’t see their opponent. Natch is not thinking about that; he is thinking about eliminating the two in time and save the world. But the two devils seem to be confident that they can play this game with Nacht. Nacht in his Gallus form unleashes Mana Zone: Dark Prison Hunting Ground.

The battlefield became darker, and it became difficult for the two devils to see Gallus. Naam comments that they can play with this power and kill Gallus once and for all. Lilith told Naam to be careful, and they can kill Gallus slowly. Gallus attacks with barrages of attacks. The two devils can’t see where the attacks are coming from. Nacht entered Mode: Equus. The close of himself started to appear everywhere and attacks the devils.

Liliths is starting to get uses to the Hellish Game, but he cannot clearly locate Natch’s position. After a long battle, Nacht keeps on stirring the two devils with powerful attacks. The two got confused by Naam played a trick and manages to locate where Natch is. Naam told Nacht that he had found him and Nacht realizes that his attacks don’t work on the devils. He is worried that the magic of the two devils is endless. 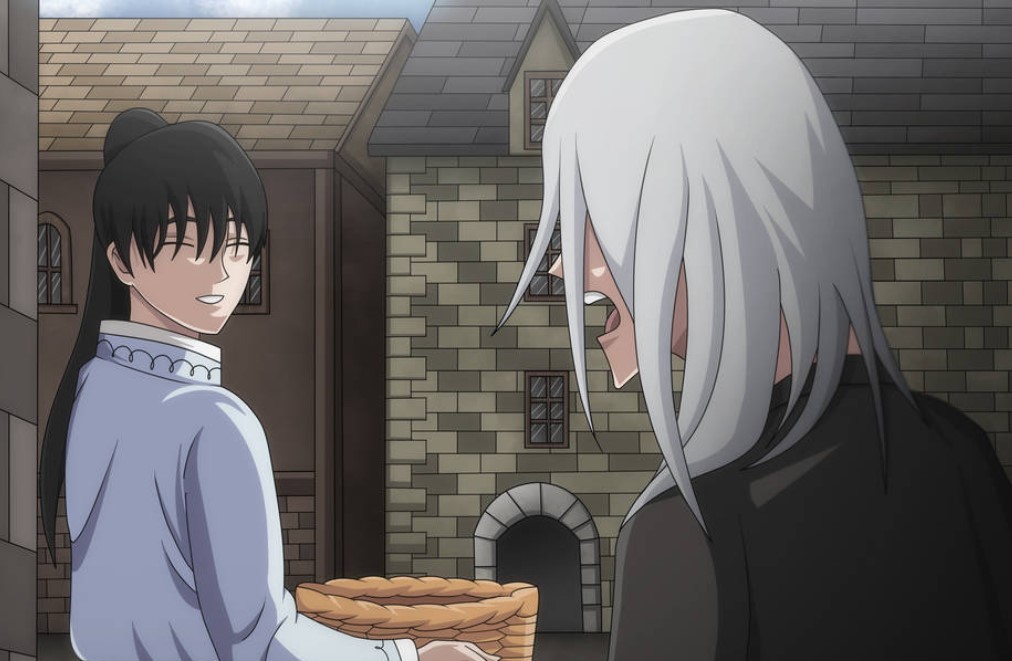 His Equus cannot stop the devils’ attacks, and the two rushes towards Nacht. Nacht realizing that all he cannot do is to keep evading until he dies. But he decides to trick them and lure them to the Dark Prison. Lilith prases Natch that he is fast, and Naam asks Natch why can’t he run away. Nacht continues to shares blow with the two devils, and he is sticking to his plan. He vows that he won’t forgive the two devils, and he doesn’t care whether he dies or not.

Nacht recalls when he was at the house of Faust, where a distinguished nobility had twin sons. The young son posses the quality of a good man, and he was loved by many. He joined the Magic Knights and started to save many people’s lives as a matter of course. The other twin was a bad boy who keeps drinking and smoking despite coming from a noble family. Most people disapprove of the older twin. He used magic arbitrarily and for his benefit.

One day Nacht asks his brother to join the Magic Knights. He has noticed that with his magic, he can save the lives of many people. Natch’s twin brother told him that he is a moron and there is no fun in saving lives or helping humans. That day Yami visited them and told Nacht that it is the time for the mission. Nacht’s brother comments that he can see another weirdo, and he finds it crazy that a guy like him, Yami, joined the Knights. He told Nacht to go back to his moron.