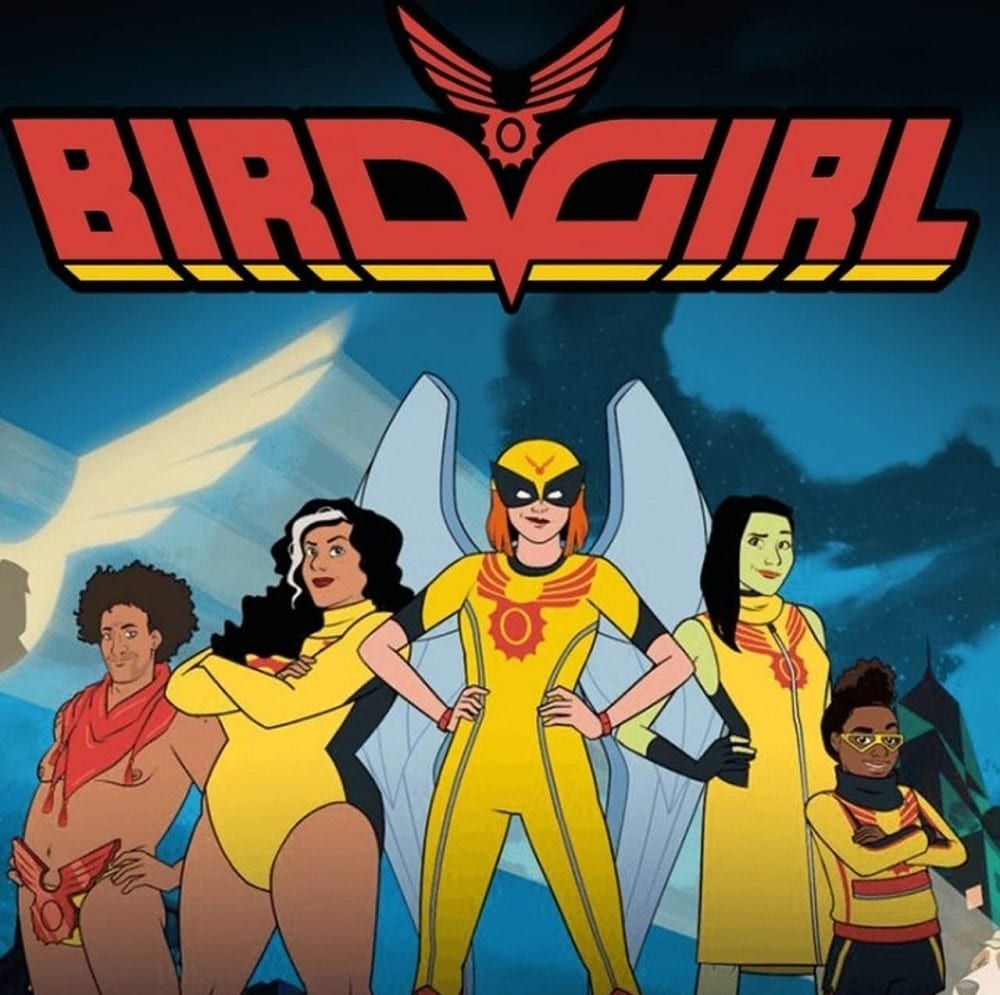 Birdgirl Season 1 Episode 6 is coming out soon and here's all you need to know about it.

‘Birdgirl’, the American adult animated superhero comedy series is out now with its first season and will soon be airing its sixth episode. Created by Erik Richter and Michael Ouweleen, the show aired its pilot episode on 5th April 2021. It recorded almost half a million US viewers from its premiere itself. Moreover, it received several extremely positive reviews from the audience as well as the critics. The critics even went on to say that the show’s sweet backstory, chaotic pacing, and unique characters make it a must-watch for everyone. In fact, the series currently has an average rating of 5.4/10 on IMDb and an average score of 73% on Rotten Tomatoes. Consequently, it is evident that the show has built itself a huge and loyal fanbase. So, let us see everything about Birdgirl and its upcoming sixth episode further in this article. 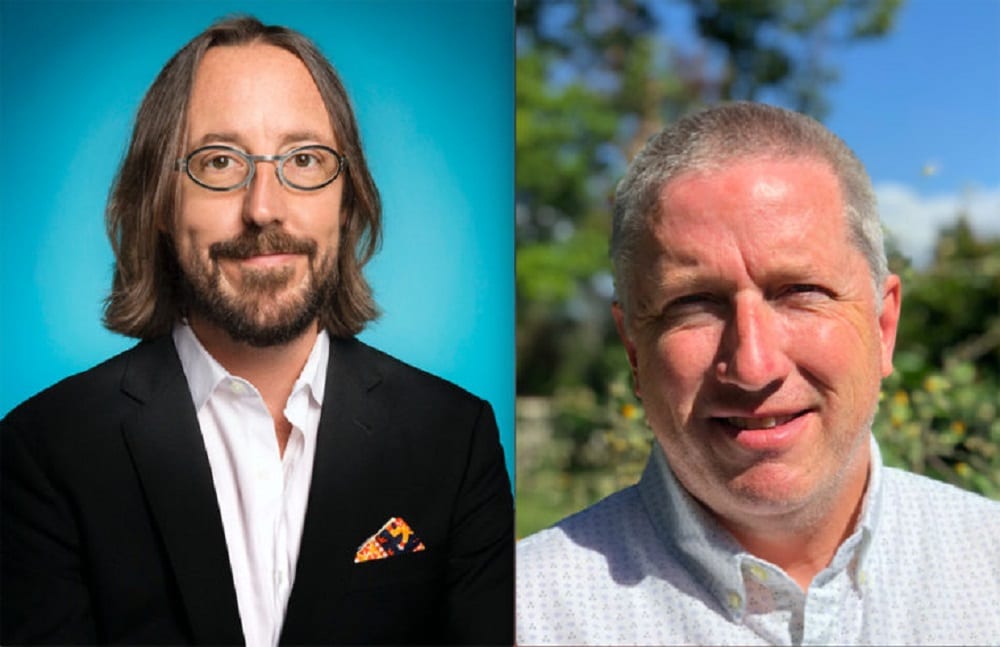 A still of Michael Ouweleen and Erik Richter, the creators of the series ‘Birdgirl’.

Everything you need to know about ‘Birdgirl’:

Birdgirl is an American TV show developed by Michael Ouweleen and Erik Richter for Adult Swim. It runs in the genre of adult comedy and animation. The show is based on the characters created by Hanna-Barbera and is a spin-off to the TV series ‘Harvey Birdman, Attorney at Law’ (developed by). Rich Ferguson-Hull is its director. The plot of the series revolves around Judy Ken Sebben, the daughter of Phil Ken Sebben. After Ken’s death, Judy becomes the successor of Sebben & Sebben as Birdgirl. It has released a total of 5 episodes to date with each episode having an approximate runtime of 22 minutes. Erik Richter and Christina Miller are its executive producers. Awesome Inc., Bedford Avenue, and Williams Street are the production companies behind the show whereas Adult Swim is its original broadcasting network. Now, let us have a look at the recap for the previous episode of Birdgirl. 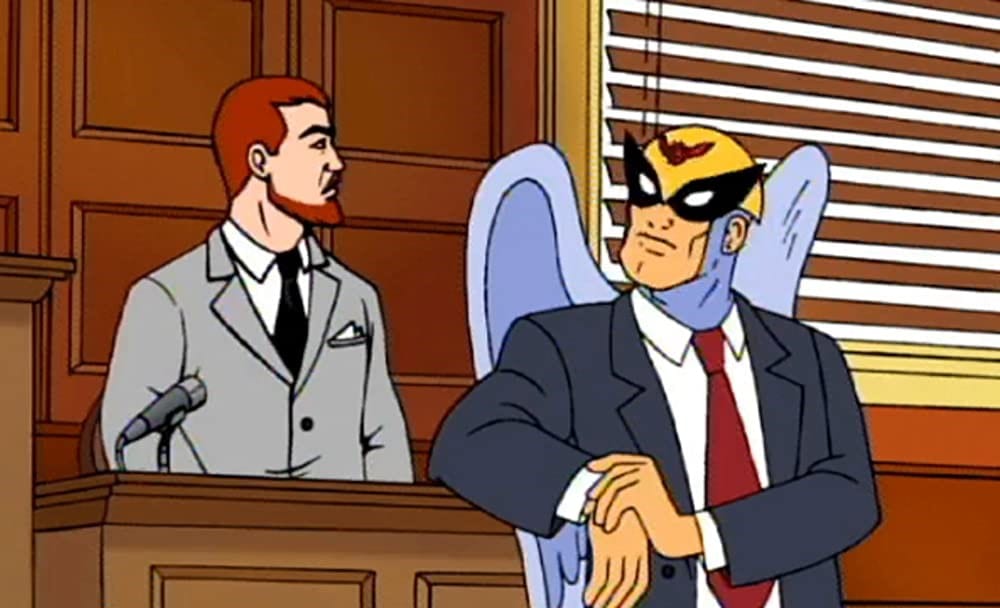 A still from the series ‘Harvey Birdman, Attorney of Law’, the predecessor of the series Birdgirl.

Birdgirl Season 1 Episode 5, which was released last week was titled “Topple the Popple”. Richard Ferguson-Hull had directed the episode while Lorraine DeGraffenreidt had written its teleplay. In that episode, we got to see Judy updating a classic soda can. However, this does not go well with the fans as they get irked. As a result, the fans pledge to take her down along with her business. However, things work out in the end and she manages to keep everyone safe and happy. All and all, it was a happy ending. Now, let us have a look at a few spoilers for the forthcoming sixth episode i.e. the finale episode for Birdgirl Season 1. 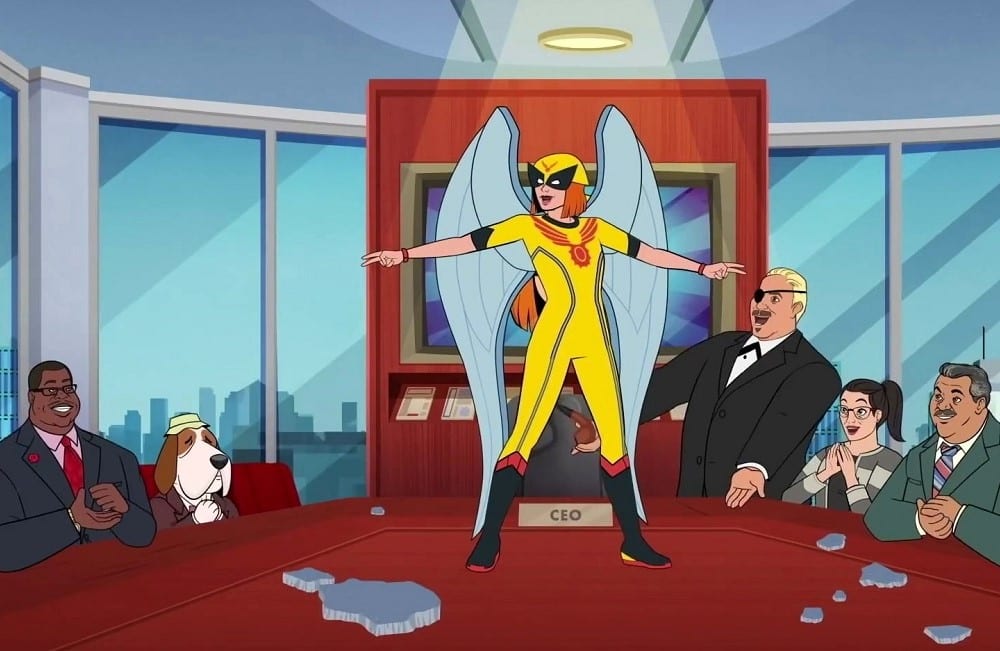 A still from Birdgirl Season 1 Episode 5 i.e. the previous episode.

Birdgirl Season 1 Episode 6 is titled “Baltimo”. As of now, there is not much to know about the upcoming episode. Nevertheless, we do know it is the final episode for the first season of Birdgirl. The production has not released any official synopsis for the soon-to-be-released episode. However, they have released a trailer for it on YouTube. In this trailer, you can see Birdgirl getting kidnapped and being taken as hostage. The kidnapper also says that she should not have stuck her nose in their business. Consequently, we can say that the season finale is going to be really gripping and interesting to watch. The trailer has already crossed 25k views and you can click to watch it below.

Birdgirl Season 1 Episode 6 is going to release on 9th May 2021 i.e. on Sunday at 12 AM ET. You can tune in to the official website of Adult Swim to watch the episode at the broadcasting timeslot mentioned above. Apart from that, you can even watch the show on various live-streaming platforms. Some of them are DirecTV and SlingTV. It will even be available on YouTube and Vudu. Unfortunately, the show is not available on Netflix or Amazon Prime Video as of now. However, you can expect either of them to release the series on their streaming platforms once it has aired all episodes. So, gear yourselves up as the adult superhero comedy show returns this week with yet another fun-filled and enthralling episode. Until then, let us know your thoughts in the comments section about the story of Birdgirl till now.

Also Read: Sonu Sood Net Worth: How Much Does The Star Bollywood Actor Earn?