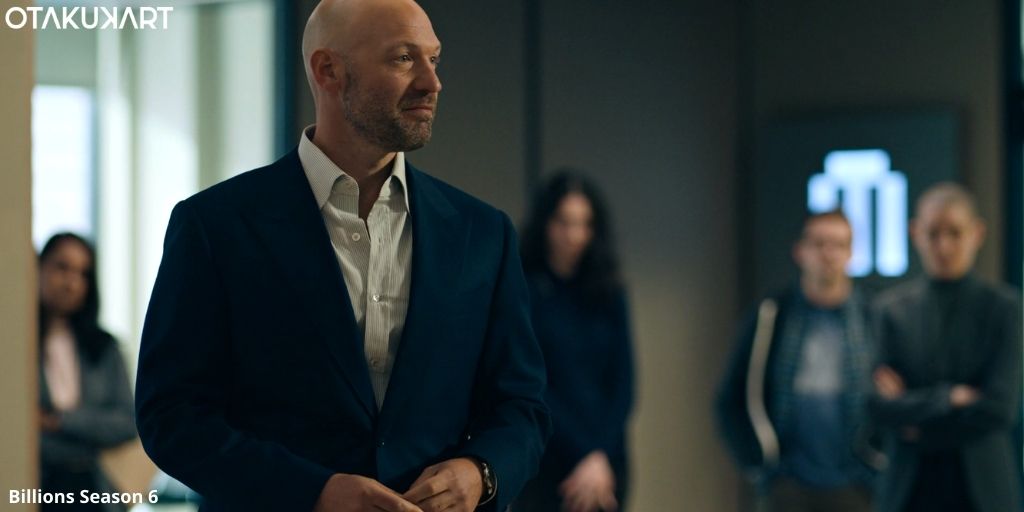 It looks like Chuck will be deciding to go on a war against the billionaires in Billions Season 6 Episode 2 next week. While the previous episode turned out to be a starting point for the war to come, we also saw the aftermath of the new takeover of Prince over what was formerly known as Axe Capital. Meanwhile, Chuck had moved to a small countryside town after buying land there to live a peaceful life to clear out his mind.

However, he came into conflict with his neighbor Revere who was also an investor of Prince’s investment company. This led Prince to meet Chuck to convince him to leave Revere out of whatever conflict they had. Prince was also trying to get the employees to trust him and feel valued in the new company under his leadership. It wasn’t turning out as easy as he had expected. On the other hand, he was adamant that he won’t be continuing with the dirty ways like Axe Capital used to function.

The American drama series focusing on the financial centers has been quite popular since it premiered on 17th January 2016. After five successful seasons, the show is back with the sixth season that kicked off on 23rd January 2022. However, the fans are now waiting to watch Billions Season 6 Episode 2. But before discussing that, let’s dive into what all happened in the previous episode.

Episode 1 of Billions Season 6 dropped on 23rd January 2022 and was titled “Cannonade”. The episode began in the aftermath of Prince’s takeover of Axe Capital as he established a new way of working in the company. Meanwhile, Chuck had bought land in a small countryside town and was living there and farming. However, he still couldn’t experience peace and calm due to his billionaire neighbor Revere’s constant use of the war canon twice a day. He even went to have a word with Revere and tried to convince him to keep the firepower at a minimum for the week, but he denied it. Eventually, Chuck started to find out more about Revere’s privileges and how he keeps people in his pocket with money to do whatever he wants to.

On the other hand, Prince had given out technologically advanced rings to his employees to keep track of their overall health condition. He used the ring’s information to figure out that Wags was about to have a heart attack and called the medics on him. Later on, Wags arrived at the hospital all cheered up and healthy. But he discovered that it was the ring that led Prince to call the ambulance on him. Therefore he told everyone that Prince had given each of them those rings to spy on them, invading their privacy. Everyone threw out the rings, and Prince was back to square one on gaining their trust. However, things turned out a bit better at the meeting with SEC as they appreciated the company’s move to work clean and didn’t put any fines. Meanwhile, he took some valuable advice from Wendy and talked to Wags.

He managed to motivate Wags enough to get him to work for him and take the company to new heights. Additionally, Wags was the one who knew the employees closely. So he talked to them and got them motivated as well to work for Prince. Whereas, Prince called the investors and the employees together for a hard conversation. He decided to do the boldest thing and fired all the investors with illegal backgrounds and unaccepted privileges. One of them was Revere, too, for the canon use conflict with Chuck. Moreover, he made it clear that the company would work clean and with clean investors, and each employee appreciated his new move. While in Chuck’s town, he managed to put a hold on Revere’s use of the canons by involving the department of environmental safety.

“Billions Season 6 Episode 2 will release on 30th January 2022 at 9 pm ET on Showtime.” Furthermore, the episode will be titled “Lyin’ Eyes”. The episode will see Chuck deciding to go to war with the billionaires in the city and bring them down. Meanwhile, Prince will take his new plan forward.