The Billboard chart rules have changed again, however ARMYs are confident that BTS will continue with their winning spree. 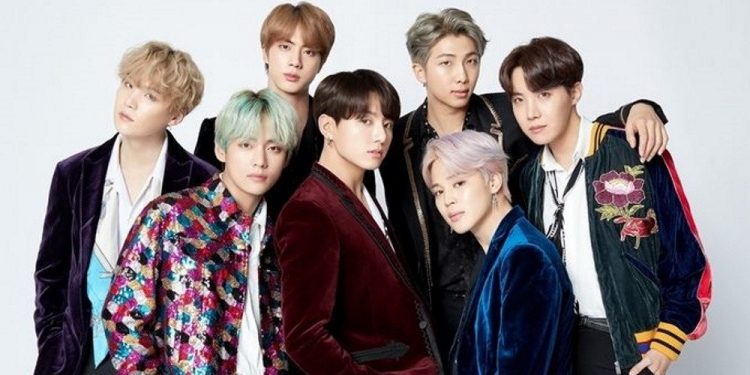 BTS is making it to the headlines yet again. Though this might not be a piece of very astonishing news, as the Bangtan Boys are always on the news, however this time it’s for a different reason. The Billboard has brought some major changes in its charting rules however, ARMYs are not happy about it. According to many, this step seems like an obstruction towards supporting their favorite artists. In all this chaos, ARMYs are confident about one thing.

The position of BTS in the charts will not be affected due to these ever-changing rules of the Billboard. Each time BTS and ARMY have shown their power in the charts, and it stands at an undeniable position. The Bangtan Boys have shaken the American Music Industry and proved it yet again by winning the Artist Of The Year awards at the American Music Awards or the AMAs.

Time and again, Billboard has brought changes in the charting rules. This time also they did the same. The recent changes in the rules suggest that only one digital sale will be counted per person per week for the respective artist’s songs. Even if it’s bought more than one time, it will not be viable as it will not be counted. However, this set of rules is not applicable for physical sales.

This got viral, and of course, ARMYs and BTS both came into account. ARMYs are not supporting the given set of rules as it restricts the support towards the artist. This spread all over Twitter, and comments came about how the rules forbid or limit fans for supporting their favorites.

Well, this is not the first time Billboard has tried to change its rules. The situation becomes a little bit more sensitive when BTS comes into consideration as many times the fandom has got the accusation that they are responsible for chart manipulation. They even removed the Top Social Artist Category, and many have this opinion that it’s because BTS has been sweeping this award for the fifth consecutive time.

ARMYs Reaction To The Rule Change

The reaction of ARMYs, as expected, was not favorable. Some of the comments that got showered said that even after Billboard changing the rules for the nth time, this won’t prevent BTS from winning.

Another comment mentioned that it means buying won’t be rewarded. So one can take a cut in their already pitful streaming royalties to get their music on big playlists. Also, BTS has strived the charts both Korean as well as international despite multiple changes in the chart rule.

Well, this is not the first time there has been a rift with Billboard. Previously as well, in 2021, ARMYs were enraged by the fact that how one interviewer asked RM about chat manipulation. However, just like ARMYs have Bangtan’s back, the boy also has the fandom’s back always. RM gave a savvy reply where he said that it’s up to Billboard to make changes in the rules and make streaming weigh more on the ranking. According to him, they just seem to be targeted because they are a Kpop act with such a fanbase where there is high fan loyalty.

In this scenario, one statement does strike the mind. In 2019 MAMA, Jin, in his speech, mentioned chart manipulation. While thanking the ARMY, without mincing his words, Jin admitted how a lot of effort goes behind in preparing the songs. He said that there are other artists as well who prepare songs with much dedication. He said that though there are many ways of cheating, however, he would like to see a day where music would be made more honestly. Jin’s speech won hearts not only of ARMYs but also of fellow artists. Well, spoken like a true artist.