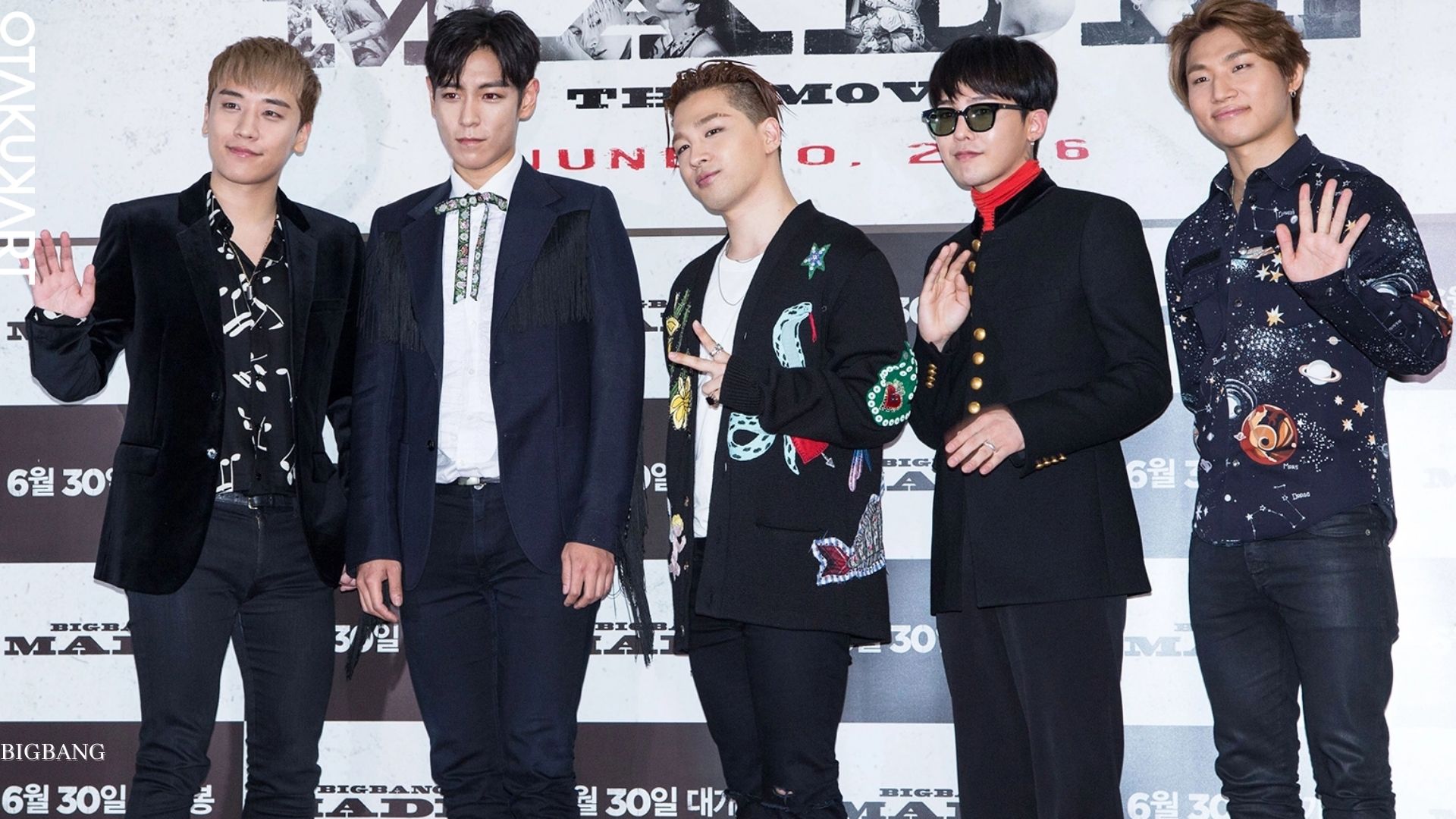 BIGBANG Members are always one of the top media highlights of the internet. They are not only the stars of the century but also one of the most notable names in the history of K-Pop. With their incredible skills and stunning talents, they have successfully engraved their names in the global music industry and therefore the title “King of K-Pop” suits them in all ways.

G-Dragon, T.O.P, Taeyang, and Daesung are the four members of the group. Previously, the group constituted five members but after Seungri retired from the entertainment industry in March 2019 it remained only four. Those four names are now among the top personalities of the industry and are globally recognized for their charms and sharp skills in the musical arena.

Recently, the group released their new single “Still Life” which marked their first comeback in four years and also their first as a group of four. The single has topped both domestic and international music charts and has recorded 909,666unique listeners in the first 24 hours according to Melon. Moreover, it has also become the fastest song to surpass 10 million streams in two days.

The group is again reigning on music charts and fans out there are buzzing with excitement. Let’s have a look inside and know briefly about each member of the boy band.

Choi Seung-hyun or T.O.P is one of the former BIGBANG members who has ventured into several career paths. He is globally recognized as a South Korean rapper, singer, songwriter, record producer, and actor. The most interesting part about the artist is that he does everything in a sharp perfect way and that’s his secret of being an ace in every aspect of his career. 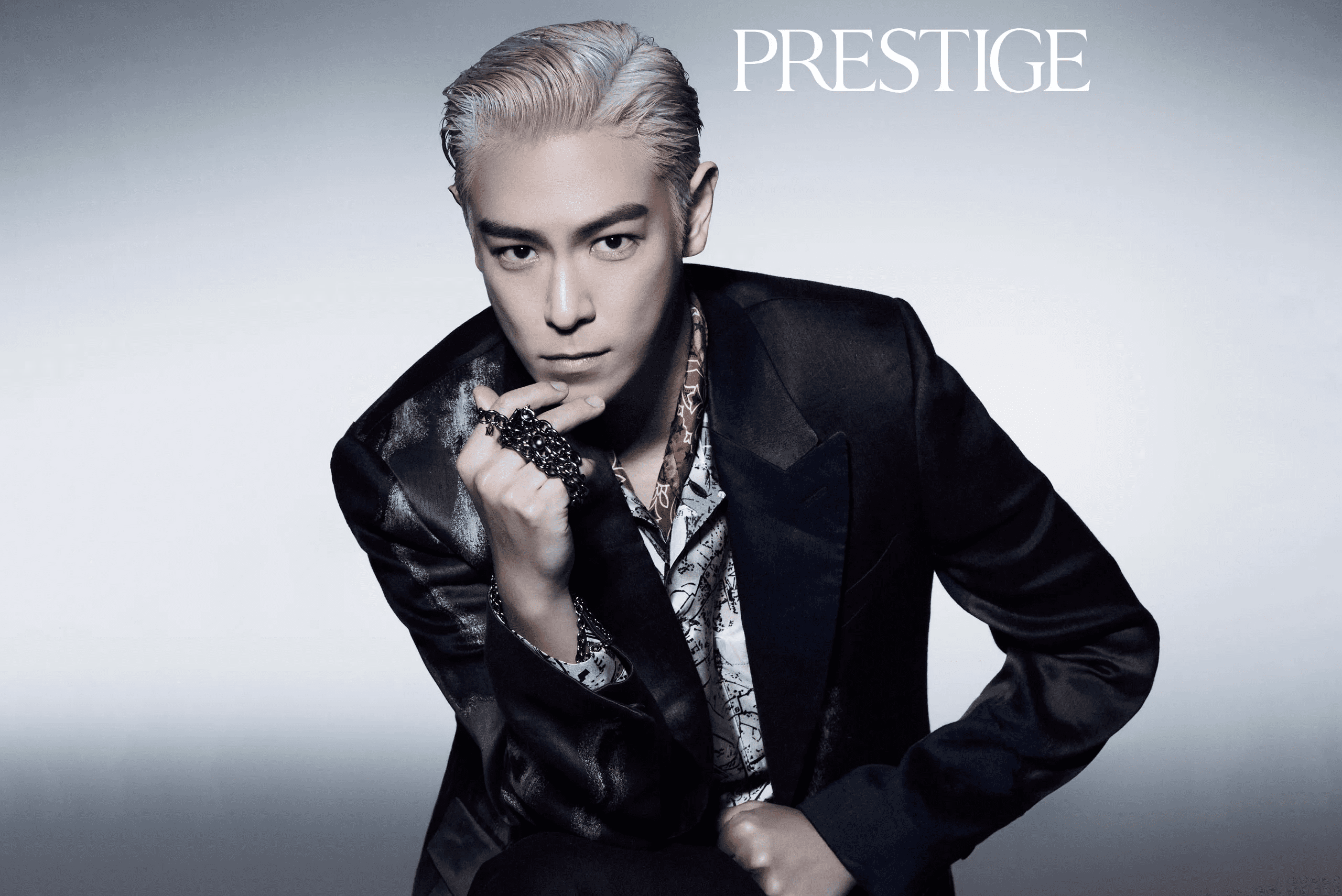 He debuted with the band in the year 2006 and since then operating under YG Entertainment, TOP has released many successful soundtracks. The fact that the group became one of the best-selling boy bands not only in Asia but also globally gained the artist a lot of popularity and fame. He ended his contract with the agency in the year 2022 though according to their statement he will still participate in group activities.

Apart from his music career, TOP is also pretty popular in the arena of television entertainment. In the year 2007, he made his acting debut with the series “I Am Sam” and then made his film debut in the year 2010 with “71: Into the Fire”. He has won multiple awards for the same including “Best New Actor” at the 2010 Blue Dragon Film Awards and the 2011 Baesksang Arts Awards.

Dong Young-bae or Taeyang is another BIGBANG member globally known for his stage charisma. He is recognized as an incredible singer, songwriter, and dancer. After being a trainee under YG Entertainment for six years, he made his debut with the group in 2006 and gained global media attention and fame in no time.

He made his solo debut in the year 2008 with the release of his EP “Hot” which gained him global critical acclaim and also won the “Best R&B and Soul Album” award at the 16th Korean Music Awards. “Solar” and “Rise” were his studio albums released in 2010 and 2014 respectively. The former garnered a sale of over 100,000 copies and the latter bagged the 112th position on the US Billboard 200. 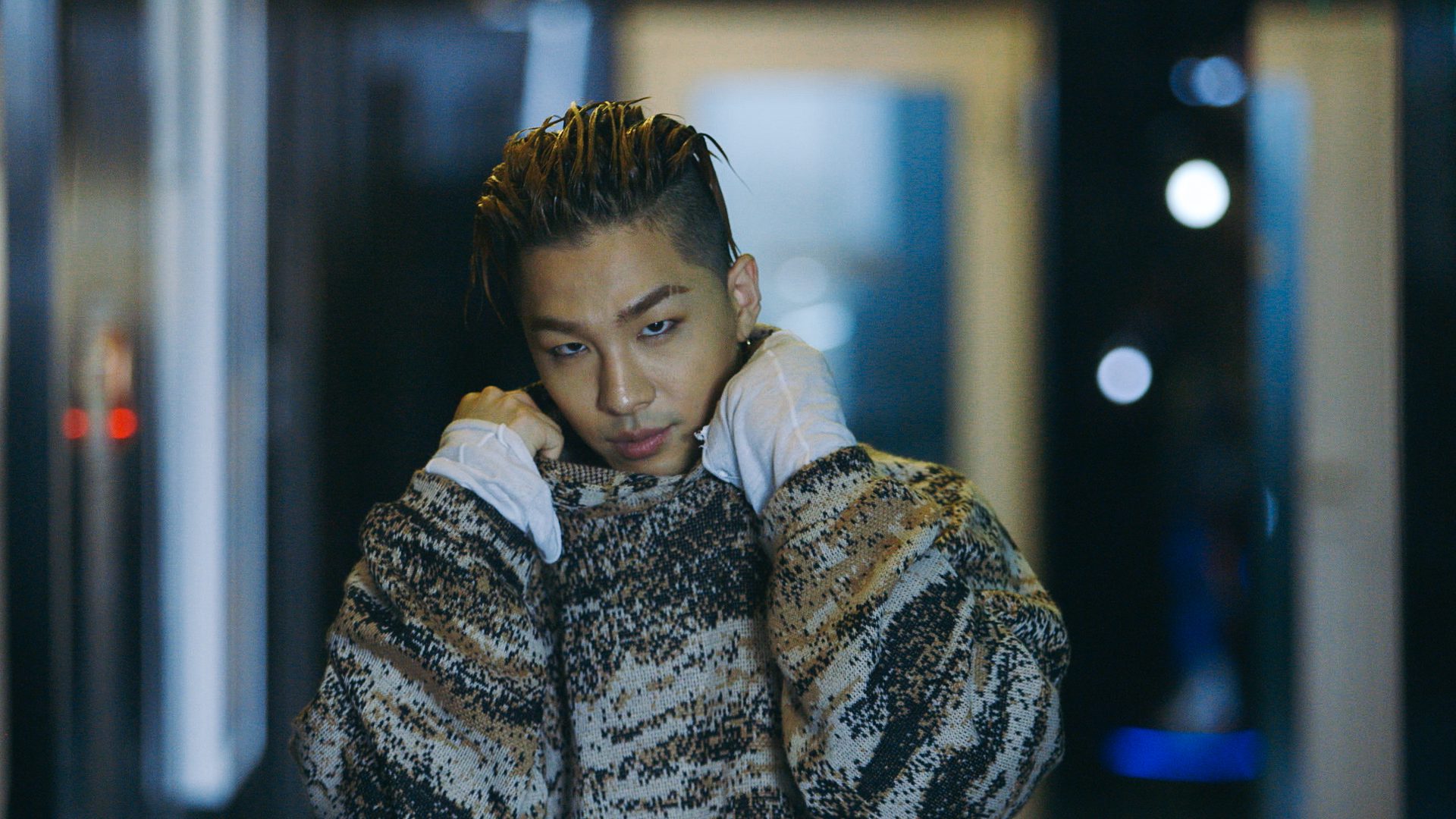 “White Night”, his third studio album released in 2017 was again a big hit for Taeyang. It topped Billboard’s World Digital Albums chart. Both the lead singles of the album i.e., “Darling” and “Wake Me Up” gained global attention. While the former ranked in the Top 10 hits on the Gaon Digital Chart the latter bagged the fifth position on Billboard’s World Digitals Songs.

The golden vocal skills of the artist have been admired and praised by global music critics and he has been named one of the best vocalists in South Korea.

Debuting as a BIGBANG member in the year 2006, G-Dragon is globally recognized as a South Korean rapper, singer, songwriter, record producer, entrepreneur, and fashion designer. He is an ace in whatever he does and that explains a lot about his excellent skills and sharp personality.

Apart from his group activities, he made his solo debut in the year 2009 with his solo album “Heartbreaker” which became one of the best-selling albums by a Korean soloist and also bagged him “Album of the Year” at the 2009 Mnet Asian Awards. 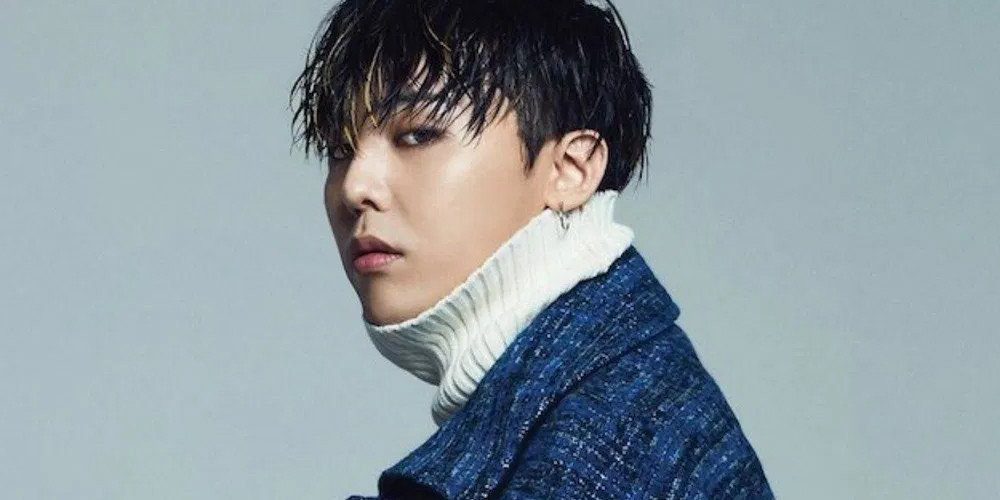 Moreover, he has also collaborated with TOP when the group was on a hiatus and released the album “GD & TOP” in 2010. In the year 2012, he released “One of a Kid”, his first EP which gained critical acclaim and bagged “Record of the Year” at the 2013 Seoul Music Awards.

His second album “Coup d’Etat” released in the year 2013 earned him the “Artist of the Year” at the 2013 Mnet Asian Music Awards. “Kwon Ji Yong”, his second EP released in 2017 had the number one single “Untitled, 2014” and “Act III: MOTTE”, the supporting concert tour. The latter became the largest tour ever conducted by a Korean soloist.

Apart from his music career, the artist has made his name in the fashion industry too and was named by Forbes in 016 as the most influential person under 30 in Asia’s entertainment and sports.

Kang Dae-sung or Daesung debuted as a BIGBANG member in the year 2006. He is globally recognized as a South Korean singer, actor, and television personality. Operating under YG Entertainment the artist made his solo debut in the year 2008 with the number one trot song “Look At Me, Gwisoon”.

His first solo album released in Japan was “D’scover” which paved way for his first Japanese tour. “Delight” and “D’slove” were his other two albums. The former was his first chart-topper and the latter’s tour made him the first Korean soloist to have over 100,000 fans for two consecutive Japanese tours. 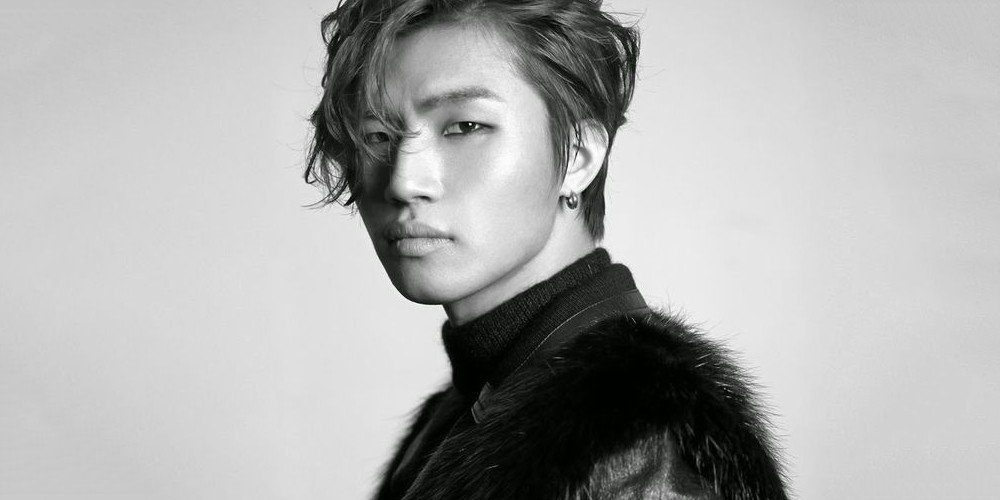 His first Japanese solo dome tour saw an overall crowd of 150,000 people in four shows. Also, his second number one album “D-Day” earned him the title of being the second foreign male solo artist to have two consecutive number one albums in Japan.

Moreover, he has also started his personal YouTube channel titled “D’splay” in the year 2020.

The South Korean boy band is one of the best-selling boy groups in the global music industry. Titled the “Kings of K-Pop”, BIGBANG has played a major role in spreading the Korean Wave internationally and is therefore considered one of the most influential acts in the K-Pop industry. Their charismatic stage presence, trendsetting musical experimentations, self-production, and distinguish style helped him in climbing up the golden pedestal they are standing on today.

The group debuted in the year 2006 with their album “Bigbang Vol.1”. Although it received a lukewarm reaction from the fans out there but the group soon saw its success beams after the great success of “Lies”. The single topped Korean music charts for a record-breaking six consecutive weeks and earned honourable awards like “Song of the Year” at the 2007 Mnet Km Music Festival and the 2008 Seoul Music Awards. 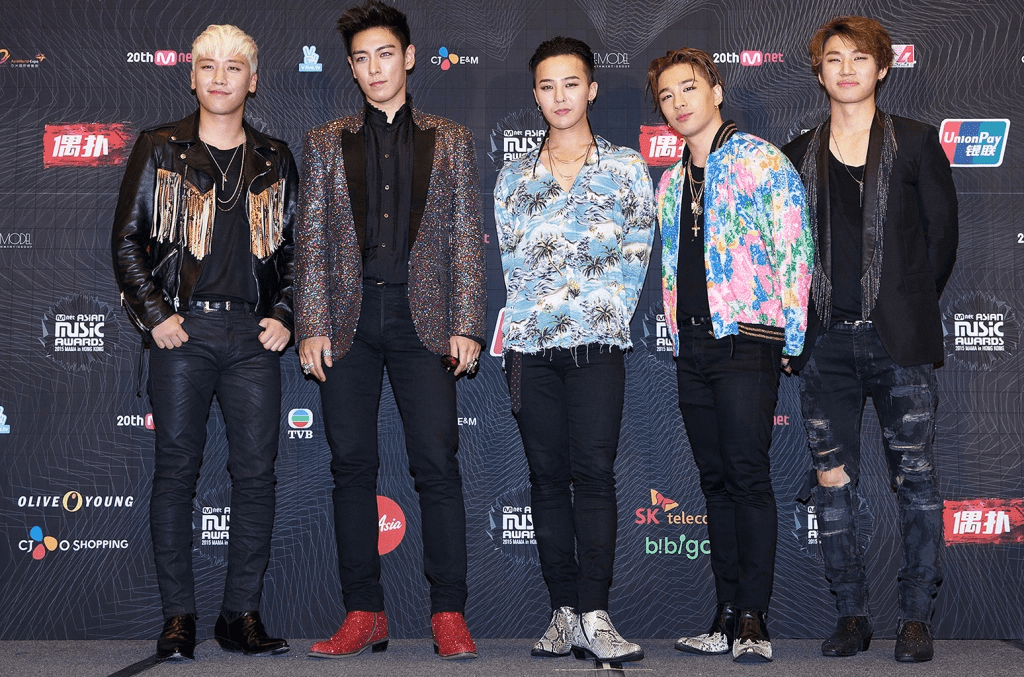 The group bagged “Artist of the Year” at the 2008 Mnet Korean Music Festival and the 2008 Seoul Music Awards. After this huge success, they released back-to-back Japanese studio albums i.e., “Big Bang” in 2009, “Big Bang 2” in 2011, “Alive” in 2012, and “Made Series” in 2016. The most interesting fact about all of them is that each of them is certified gold by the Recording Industry Association of Japan.

The group went on two-year hiatus and then made a grand comeback with “Tonight,” their fourth EP which was released in the year 2011. It was a huge success and bagged the group several titles like “Best Worldwide Act Award” at the 2011 MTV Europe Music Awards. Moreover, “Alive,” their fifth EP gained the title of being the first Korean album to bag a position on the US Billboard 200.

The group has released countless albums and singles that have broken several records and gained global success. With their continuous efforts and hard work, they were named the first Korean artists to be included in the Forbes Celebrity 100 in the year 2016. In the year 2017, they were seen in the 30 under 30 list of most influential musicians in the world.