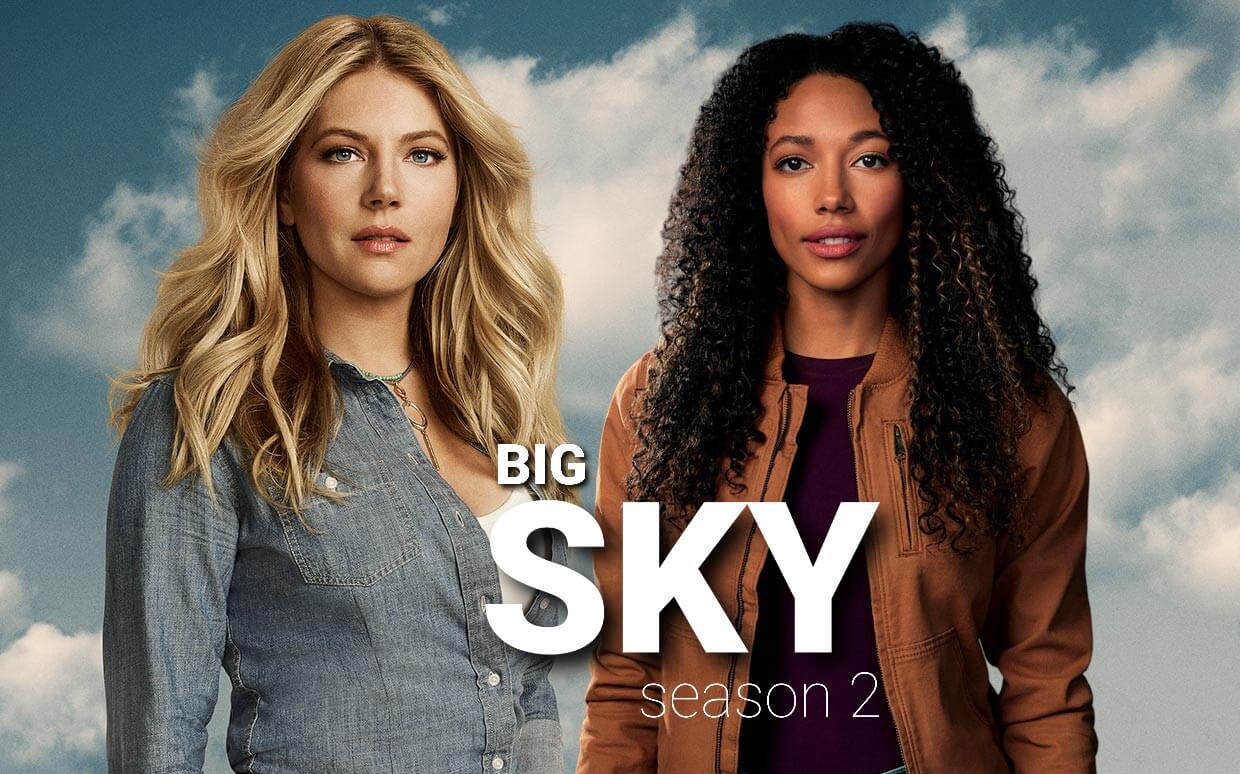 Big Sky Season 2 is about to drop real soon and answer the pressing questions that the season 1 finale left the fans hanging with. The crime drama thriller ended its first season with a huge cliffhanger. Ever since its debut on ABC, this David E. Kelley thriller has hooked fans throughout all its episodes. The show follows a very familiar horrible-crime-in-a-small-town trope. However, it entails a rather unpredictable fervor with how it can kill even the main characters off. 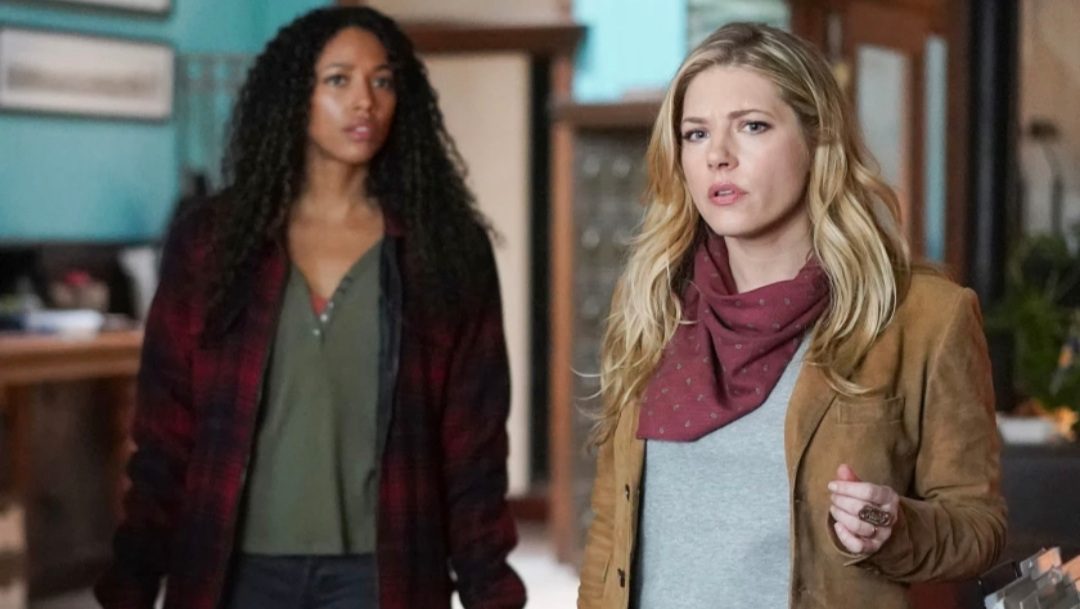 Season 1 of Big Sky follows Cassie and Jenny on the trail of perpetrators behind the kidnappings and Cody’s death. It started with Cassie and Cody, two private detectives who fall for each other. The two form a relationship while solving crime together. However, the equation is complicated by Cody’s ex-wife Jenny, who freelances for his agency too. The trio has to work together on a new case involving a series of abductions in Montana. Soon they realize that the severity of the case is much higher than they initially realized. However, in a shocking turn of events, Cody is killed off in the very first episode. Now it’s upon Cassie and Jenny to come together and work on the case. With obvious tensions between the two, they gradually put aside their differences and set off to solve the mystery.

Big Sky season 2 is set to release on September 30, 2021. ABC had given the sequel the greenlight before season 1 even ended. Season 2 will make its premiere on ABC with a new schedule — Thursdays at 10/9c p.m. This new rescheduling comes after the strong viewership season 1 of the show had. Big Sky season 1 was ABC’s most-watched new drama in two years. The new schedule puts the show right after Station 19 and Grey’s Anatomy.

Big Sky season 2 will see if Jenny survives her gunshot wounds or succumbs to them. The finale of season 1 saw Ronald finally getting the handcuffs. But before Mark and Jerrie arrest him, he tells Scarlet to retrieve the Legarski hard drive from her house. He tells her that he had hidden the hard drive there, asking her to take it and call a contact. Scarlet goes and retrieves the hard drive, following which, another Montana Highway Patrol officer visits her. He takes the drive and drives her away. Meanwhile, Wagy also faces arrest at the Kleinsasser ranch. Ronald proposes a deal to Mark in jail. He says he’ll give up key players in the trafficking ring and also take him to the bodies. In exchange, he asks Mark to take the death penalty off the table. 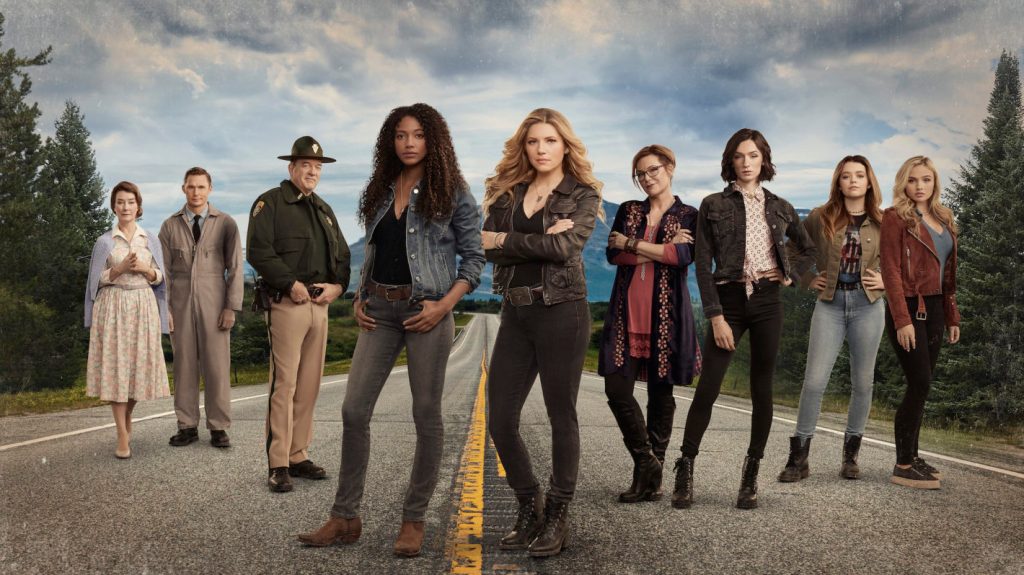 The cast of Big Sky season 1.

Meanwhile, Ronald has brewed another plan to break out of captivity. His plan entails escaping detainment while on the road. His associates helping him escape are two masked gunmen. While breaking Ronald out, one of the gunmen shoots Jenny in the chest and the other one drives Ronald away. He drops Ronald off at a site where he reunites with Scarlet. The two then move to another vehicle and take off to an unknown location. Meanwhile, help arrives for Jenny, rushing her off to the hospital. But before that, Jenny tells Cassie to get Ronald. Cassie picks up an assault rifle, steals a police car, and drives off to chase Ronald. The credits start rolling, leaving Jenny’s fate ambiguous. Big Sky season 2 will see Cassie trying to catch up with Ronald while answering the pressing question regarding Jenny.

There are no official announcements regarding the cast for Big Sky season 2 just yet. But that doesn’t mean we can’t speculate who is going to be in it. For starters, we can expect almost all of the main characters to return for the sequel. Both Kylie Bunbury and Katheryn Winnick are going to reprise their roles. Although Jenny’s survival is still dubious at the end of season 1, she’s still not dead yet. Even if the makers decide to pull another shocker, they’re at least going to show her last moments. Also, despite the show’s capability to depart major characters, Jenny’s death seems rather unlikely at this moment. The show seems to have Katheryn and Kylie’s characters as the crux of the story. We’re going to see this duo continue contending with more perils along the way. Meanwhile, Ryan Philipe’s character, which shockingly departed early on, might also return.

It could be in the form of a flashback or vision, although it’s currently just a speculative shot at best. Other returning cast members include Brian Geraghty as Ronald Pergman. Anja Savcic as Scarlet will also be returning, so will John Carroll Lynch, as Rick Legarski. Jesse James Keitel will also be returning as Jerrie Kennedy. Dedee Pfeiffer and Omar Metwally will also be returning for Big Sky season 2. Logan Marshall-Green will be joining the cast of Big Sky season 2, playing the role of Travis. He is set to play a key character in the story moving forward. Green’s character Travis, is a friend of Jenny from the past. Travis is also working as an undercover on a local drug ring Travis had a rather flirtatious history with Jenny and we might see that play out between the two.