Big Brother Season 23 Episode 18 begins another call for elimination and it’s two of the most unlikely people in the round. The previous eliminations so far have gone well and as planned by Tiffany. She has been longing to kick Christian or Alyssa out. But so far so good, the performances of Christian and Alyssa’s performances paid off until the cookouts got it right and got rid of Christian. Alyssa kissed her showmance partner goodbye. Thus leaving a new week to start where she might need to secure her place as she is all alone target while others have found alliances.

So the sixth week of Big Brother Season 23 begins as usual with the HOH competition taking place again. This time it was a matter of using your brains right. Tiffany and Azah, both desperately wanted to win this competition to become HOH and have the house under them really bad. Tiffany even made it to the last round of the game. But that’s when one tiny mistake paid her big time. If that wasn’t enough, for the very first-time odds were not in favor of Tiffany. Plus we had someone sacrificing himself for the sake of saving two other contestants. So who was it and what went wrong? Let’s find out.

Previously on Big Brother Season 23, we opened up to the HOH competition following Christian’s elimination. Something that didn’t fit in with her Showmance partner Alyssa. This means she needs to work towards her safety as she might find herself alone now. HOH competition on the other hand grants her that. So this week we had “Name That Croon.” Two competitors go head-to-head to guess the tune during the game. The winner goes ahead and can choose the next two competitors. With everyone winning and losing one by one, Kyland and Tiffany became the last two to compete. Tiffany cracks a deal with Kyland but ends up giving a wrong answer leaving Kyland to win. 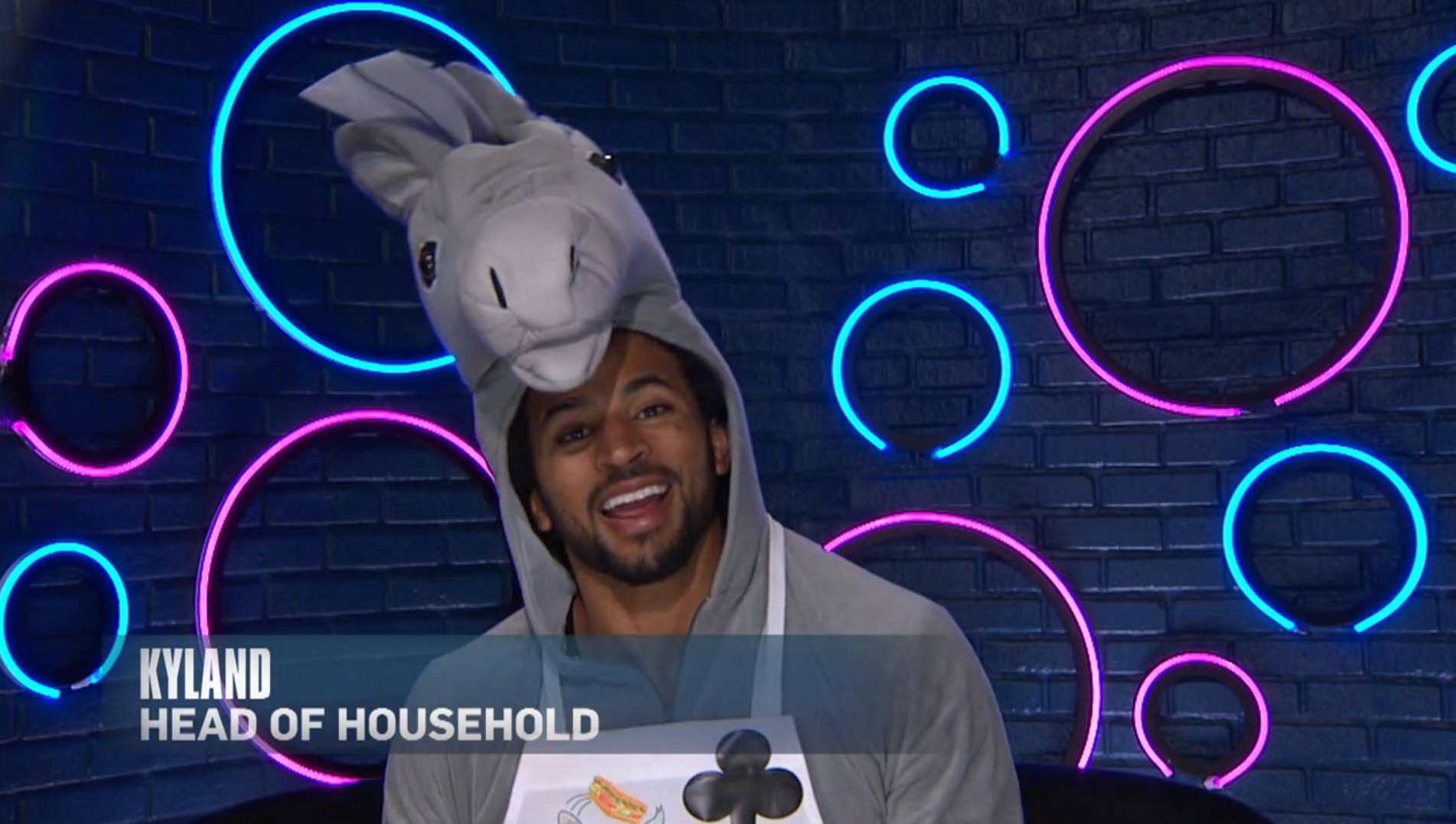 Now everyone is worried if Kyland might end us saving Sarah Beth. Azah breaks down wanting to win this HOH competition. The same goes for Tiffany who also despite being a strong one breaks down as she is sure Kyland may not nominate Sarah Beth. Plus, she knows the ones he might be targetting. So Derek F. ends up telling Kyland that him not nominating Sarah Beth makes them the powerhouse duo. Later in the episode, he even tries to convince him to put her up but Kyland makes it clear that won’t happen. Kyland doesn’t care and is targetting Claire, Alyssa, and Britni.

Things completely go upside down when Derek F. offers to be put up instead in order to save Britni and Azah. So following that Kyland ends up putting the expected Claire but someone unexpected in the form of Derek F. Azah and Britni is in shock. Kyland reasons saying it was the HOH competition that made him change his mind. Also, Derek F. won’t be telling Azah and Brtini as he knows they won’t be able to deal with it. Another one in shock is Claire to be nominated by her former teammate. 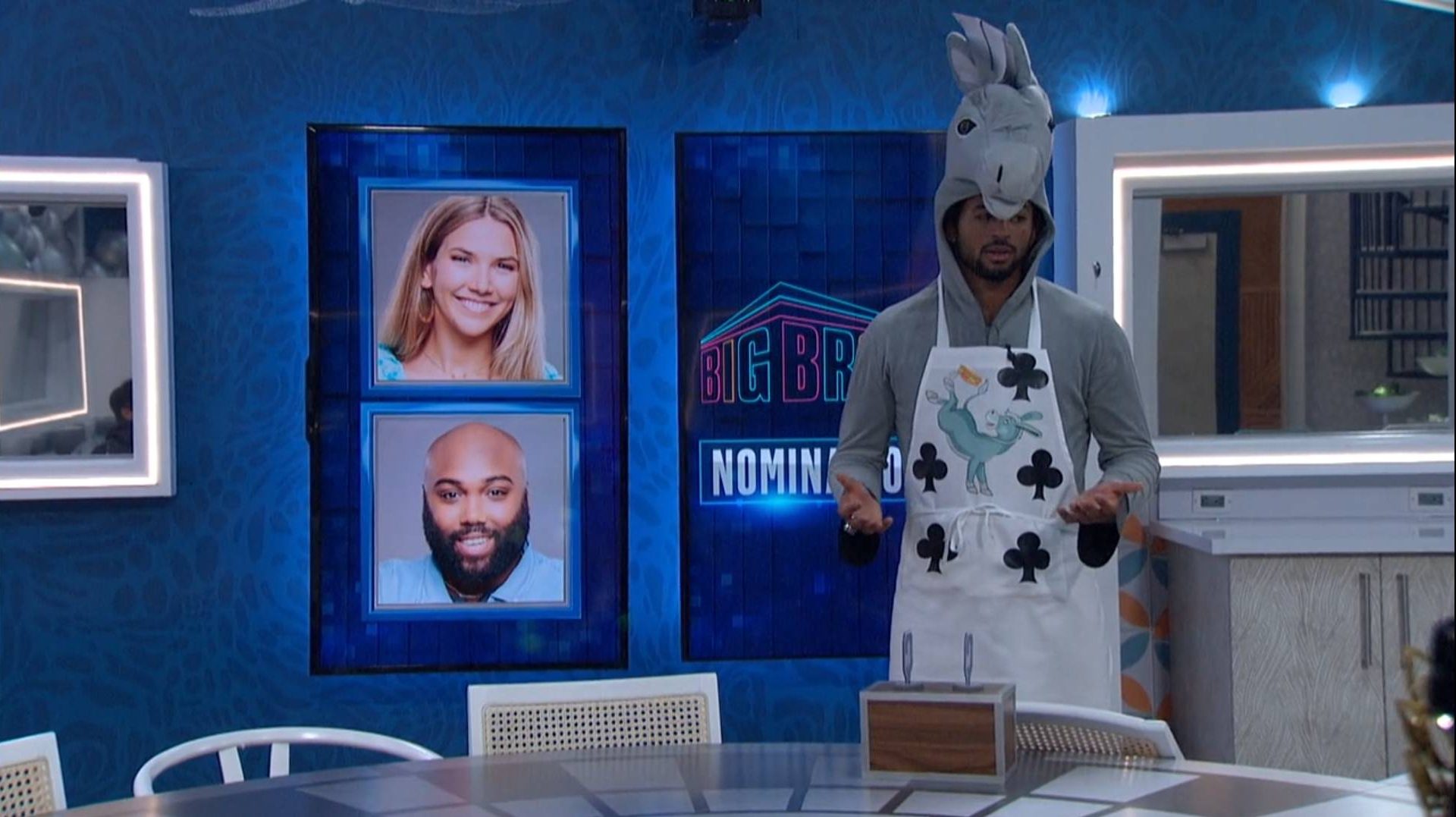 The final part of the episode is High Rollers Room. An opportunity to win Second Vito. Everyone makes their moves to make most of the BB bucks. Kyland breaks it in the living room about the winners with Kyland coming first, Derek F. second, Claire is third and Sarah Beth at last.

Big Brother Season 23 Episode 18 will be the ride to the next eliminations involving Derek F. and Claire. The question remains if Derek F.’s sacrifice for Azah and Britni pays off or will it be a bad move. Something he shouldn’t have opted for. Claire is in disbelief as well and has to make the right moves especially since Derek F. has a lot of friends who will save him. Tiffany may have played the cards right by getting rid of Christian but since then she has been struggling. She has everything right in her hand but if she fails to performs, she is going to lose anyway. This has been evident since the last few episodes. After all, performance reigns over politics at the end of the day.