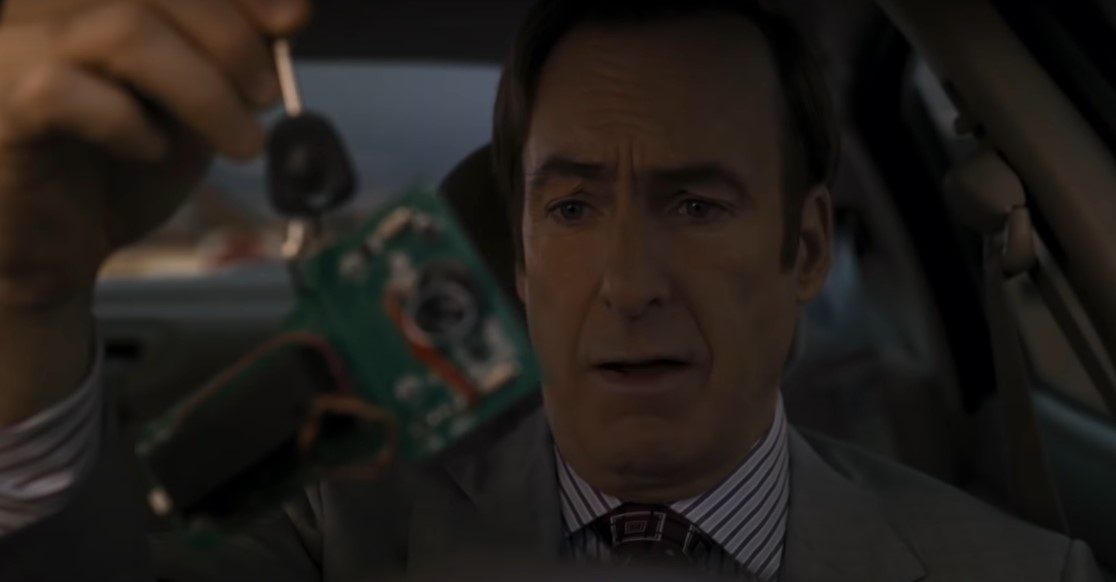 Better Call Saul Season 6 Episode 8 makes us wait after that two-hour amazing mid-season finale. Furthermore, the explosive and deadly prequel to Breaking Bad chronicling the life of corrupt lawyer Saul Goodman gets hotter every day! While Kim and Jimmy are trying to put every cog in the engine of their scheme to work, Jimmy finds out that the judge has a few aces under their sleeve.

What does Jimmy do? He tells Kim to pull the plug on the entire operation. What ensues next is a riveting two-hour mid-season finale that will put every Better Call Saul and Breaking Bad fan on the edge of their seats. Now, be warned, there are massive spoilers below. After that warning, let’s get this show on the road without further ado.

Lalo arrived in Albuquerque now that he understands more about the lab Fring has been working on. He exited from a sewer, took a shower at a truck stop, and then returned to the sewer. He raised himself on a chair and used binoculars to watch for Gustavo Fring’s arrival across the street from the laboratory’s commercial laundry.

Jimmy dashed from his grocery job to get his actor, Lenny, for a reshoot of his part in the so-called “D-Day master plan.” He also gathered his film crew on the spot for a reshoot. Kim attended the shoot instead of having lunch with the charity. The photo was meant to show “the judge” accepting a “package” from Jimmy and making it appear as a payoff.

They processed the images and applied the secret dilation solution to the print before Jimmy hauled off to hand the photos over to the private investigator that Howard had hired to spy on McGill. Howard arrived early for the conference and had the opportunity to impart a great lesson gained from Charles McGill to a young lawyer. The private investigator unexpectedly visited Howard.

Judge Rand Cassamiro, the mediator, was summoned. When Howard first saw the individual, he couldn’t believe it was the same person who had taken the bribe from Jimmy McGill. Howard insisted that the meeting be moved. Rick Schweikart was curious as to why. Later on, Howard claimed the judge was tainted and attacked him for meeting Jimmy. 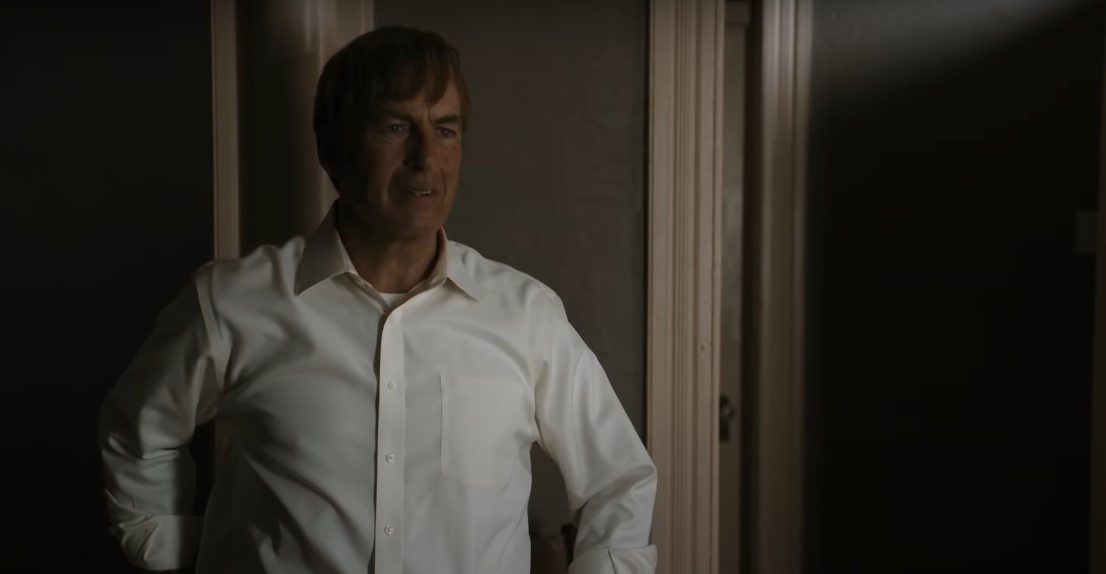 Jimmy McGill, in one of his shenanigans

Clifford returned to Howard, who argued that a conman had duped Cliff. Cliff informed Howard about the lower offer and expressed his surprise that Jimmy would deliberately ruin his case to get less money. Howard was adamant about taking over as the lead attorney. On the other hand, Cliff outsmarted him by taking the problem to the HHM partners. Cliff was obliged to settle for the new deal. Jimmy and Kim celebrated the D-Day success while listening in on the conference call and making out.

Lalo videotaped his information and next steps. Gustavo Fring was building the ultimate underground meth lab to cut out the Mexican cartel, according to information he gathered from a man in Germany. Lalo kept an eye on the laundry for four days and planned to break in and kill Fring’s guards. He immediately called his Tio, Hector, but hung up, ranting about the Chicken man’s brilliant.

When Lalo resumed the phone, he informed Hector that he had not found proof and would have to resort to Plan A. Hector disagreed by ringing his bell. Lalo planned to defy his orders. Lalo then noticed Mike and a bunch of guards hurrying out of the facility, so he did. Mike showed up at Gus’s honor and played a recording of Lalo recording himself and his scheme. Mike claimed that enticing Lalo to the safe house would give them a “home court edge” because his security would be close by to intercept them.

Gunshot To The Head

Meanwhile, Howard arrived at Jimmy and Kim’s house to present them with a bottle of fine wine and congratulate them on their victory over him. Howard questioned why they went to such lengths and scolded them for being soulless. He confronted them with the fact that they had done it for fun! Lalo entered their home unexpectedly and broke up the argument. Jimmy and Kim attempted to warn Howard to leave, but he didn’t understand. Lalo twisted his silencer and pretended to need to speak with his lawyers. When Howard demanded to know who the man was, Lalo blew his head off!

Better Call Saul Season 6 Episode 8 will release on July 11, 2022, at 21:00 hrs, Eastern Time, United States, on AMC. Firstly, this upcoming episode was penned by Gordon Smith and will be the first episode of the second leg of this final season of Better Call Saul.

Also Read: How To Watch How To Get Away With Murder Season 6?