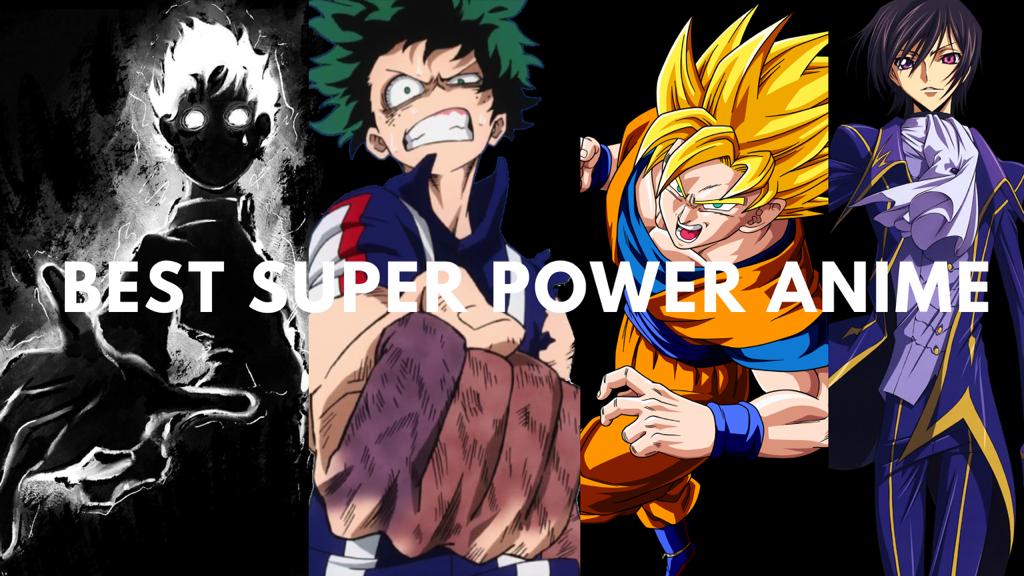 Best Super Power Anime To Watch That’ll Pump You Up

Let’s Talk about the best super power anime to watch right now. We’ll also talk about why you should watch these anime. Super Power is a term we are all acquainted with. It’s a superhuman ability that increases Agility, Strength, and often great intelligence. There are many types of abilities than can be interpreted as Super Powers. The world of fiction is filled with many Super Powered Heroes and individuals. So we have curated a list of the Best Super Hero Anime that will interest you if you liked some superpower stuff.

Anime is the pinnacle of entertainment for many viewers around the world, with endless genres and themes to procure. And many of those are popular in mainstream media, one of them being Super Powers. Over the years, many super-powered theme anime have been aired, and fans are digging the medium. Here are all the details about Best Super Power Anime – Not Ranked.

One Punch Man anime is adapted from the manga of the same name written by Murata Yusuke and Illustrated by ONE. The story follows Saitama, who was a regular Japanese Salaryman. But one day, he decided to become a superhero by training himself every day with a rigorous routine. The Aftermath of Training gave him immersive strength, which allowed him to beat anyone with just One Punch. 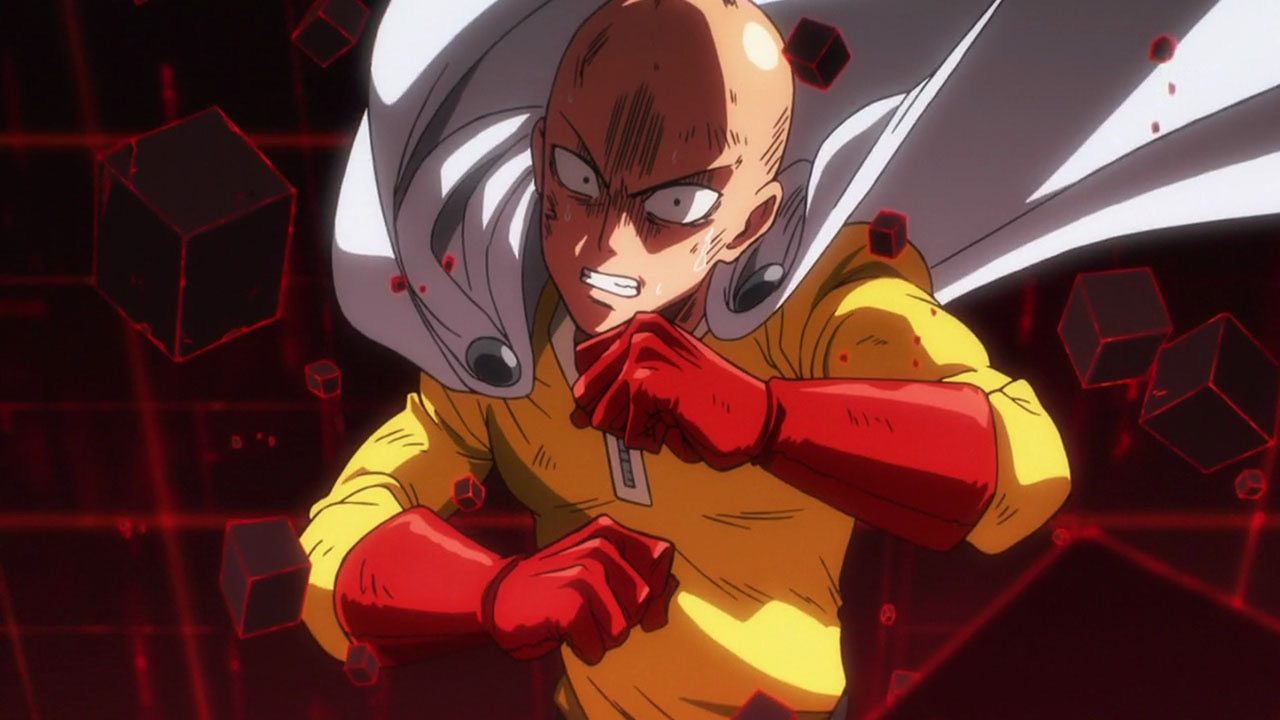 The reason One Punch Man was on the list of Best Super Power Anime was due to its absurdity in presenting a Hero Character who is so powerful from others that no one can match his strength. The Comedy in this series is sheer enjoyment for the viewers, and the action sequences are marvelous.

My Hero Academia anime is adapted from the manga of the same name written and illustrated by Kouhei Horikoshi. The story follows Izuku Midoriya and his journey to become one of the greatest superheroes. Midoriya was someone born without Quirk (Super Power) in a world where the majority eventually had one. What strived him to become a hero nonetheless was his childhood superhero, All Might. 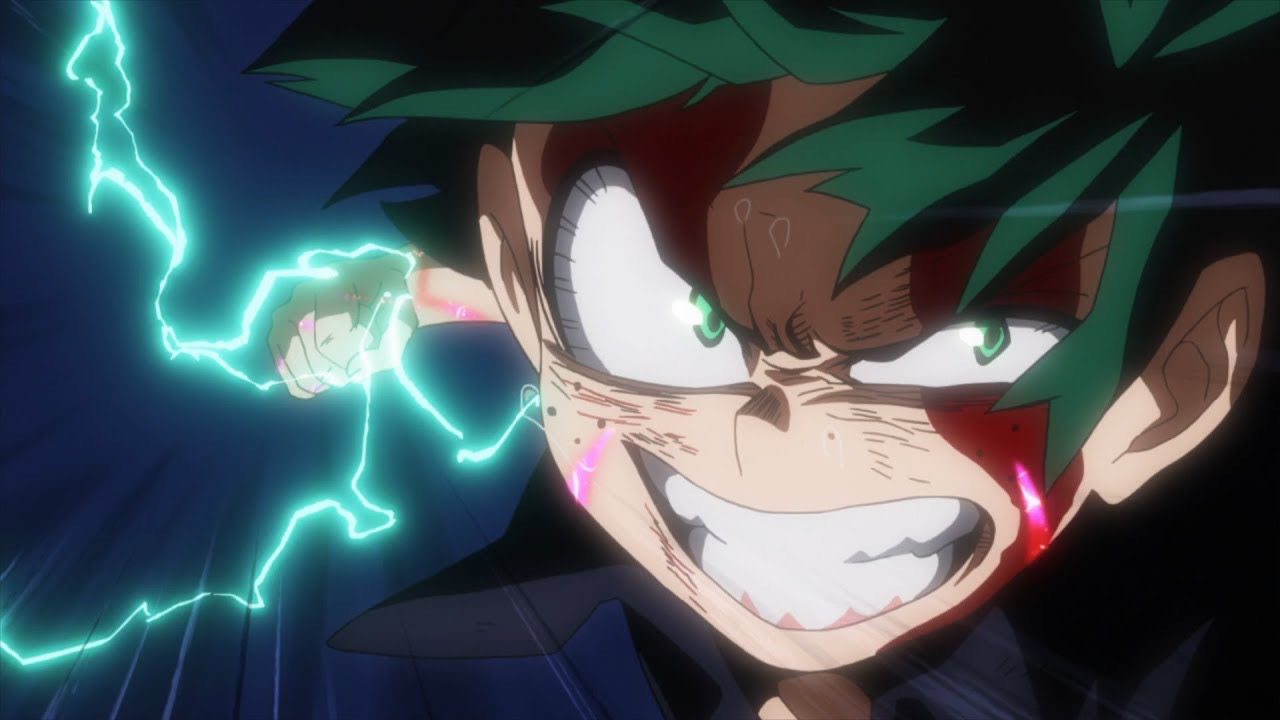 The reason My Hero Academia was on the list of Best Super Power Anime was due to its unique take on Hero and Villian Culture in society. What a great Superhero Character needs is a good origin story and guess what? Deku’s Origin story is very interesting.

3. Code Geass: Lelouch of the Rebellion

Code Geass: Lelouch of the Rebellion anime is adapted from the manga of the same name written by Gorou Taniguchi and Illustrated by Majiko. The story follows Lelouch Lamperouge. He is a student who lives in Area 11 of the Britannian Empire. Britannia Empire captured Japan and later renamed it Area 11. One Day Lelouch gets control of a Geass (Super Power) which can make anyone submit to him. Now with a Geass, this wonderful Lelouch tries to take action against the ones who hurt his family in the past. 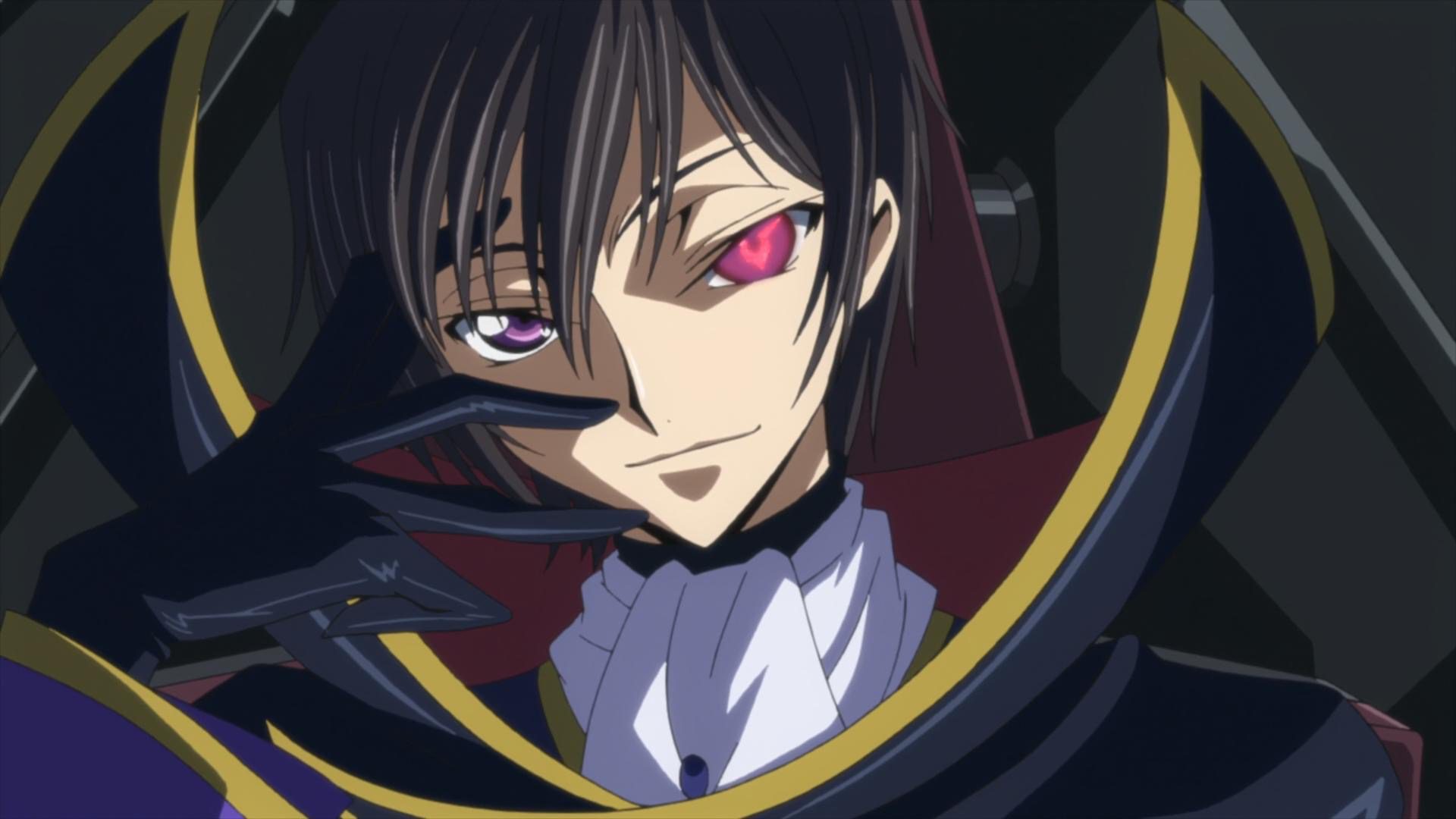 Code Geass: Lelouch Of The Rebellion

Also Read: 5 Anime Similar To ReLIFE You Should Check Out!

The reason Code Geass: Lelouch of the Rebellion was on the list of Best Super Power Anime was due to Lelouch’s Character. Lelouch, throughout the whole series, is a very surprising and Intimidating character. The way he checkmates his opponent’s moves is somewhat of extraordinary talent.

Mob Psycho 100 anime is adapted from the manga of the same name written and illustrated by ONE. The story follows Kageyama Shigeo, a 14-year-old student who possesses great Psychic Abilities, which are linked to his emotions. Every time Shigeo tries to convey his emotions, he would eventually end up hurting someone, so to avoid that, he keeps his emotions in control. 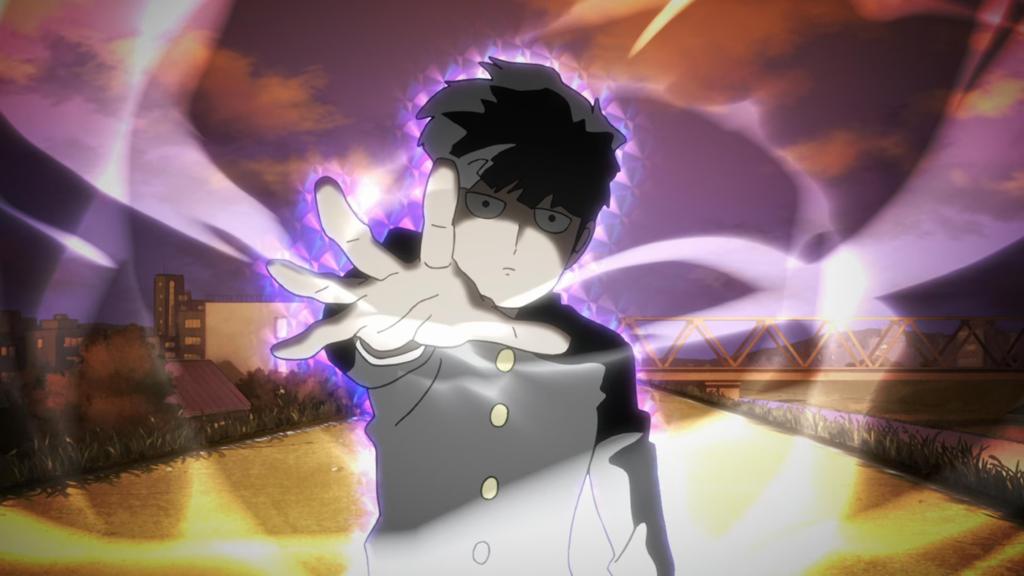 The reason Mob Psycho 100 was on the list of Best Super Power Anime was due to its action sequences and Shigeo’s Amazing Psychic transformation. His personality throughout the series keeps changing as he faces new rivals and opponents alike. His kindness is what makes him a better person.

Charlotte anime is adapted from the manga of the same name written by Maeda Jun and Illustrated by Yuu Tsurusaki. The story follows Yuu Otosaka, a student at Hoshinoumi academy. Yuu has known to be a charming and Intelligent student by his classmates and friends. But the truth is that he is just a pretentious guy who can enter and control the mind and body of anyone for Five seconds at a time. This ability of his gave him the means to secure his place at the prestigious Hoshinoumi academy. 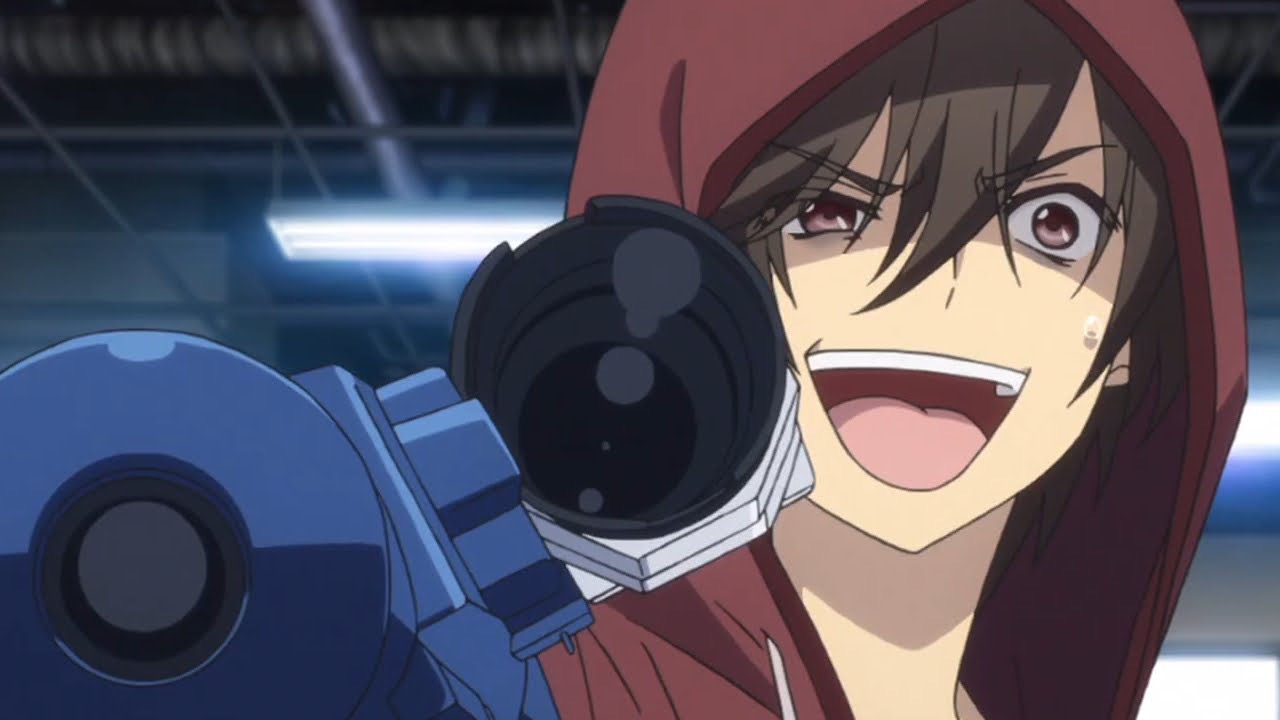 Also Read: Anime Similar To The Devil Is A Part-Timer! You Should Watch

The reason Charlotte was on the list of Best Super Power Anime was due to its take on the whole high school setting. There is so much mystery that Yuu eventually uncovers when he attends the academy.

JoJo’s Bizarre Adventures series anime is adapted from the manga of the same name written and illustrated by Hirohiko Araki. The story follows the lives and adventures of the Joestar family members. Every generation of the Joestar descendant faces a deadly opponent who is out to destroy and conquer the world. To face these powerful opponents, the Joestars throughout their generation have passed on or gained extreme Stand Abilities. 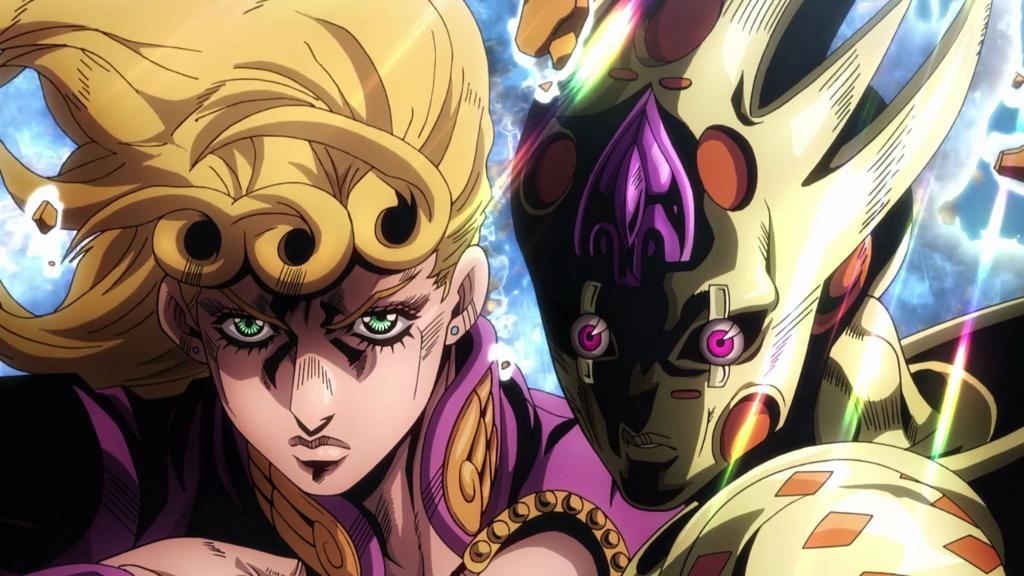 The reason JoJo’s Bizarre Adventures Series was on the list of Best Super Power Anime was due to its creative animation and great fighting sequences. The series is filled with loveable characters for which you will find yourself rooting for eventually.

Dragon Ball anime series is adapted from the manga of the same name written and illustrated by Akira Toriyama. The story follows Son Goku and his adventures that revolve around magical wish-granting objects called the dragon ball. Goku was once a young boy who lived in the woods alone. But one day, a girl named Bulma gets acquainted with him as he possesses one of the dragon balls that she was set out in search of. Throughout the series, Goku tries to collect all the scattered dragon balls while also battling many opponents. 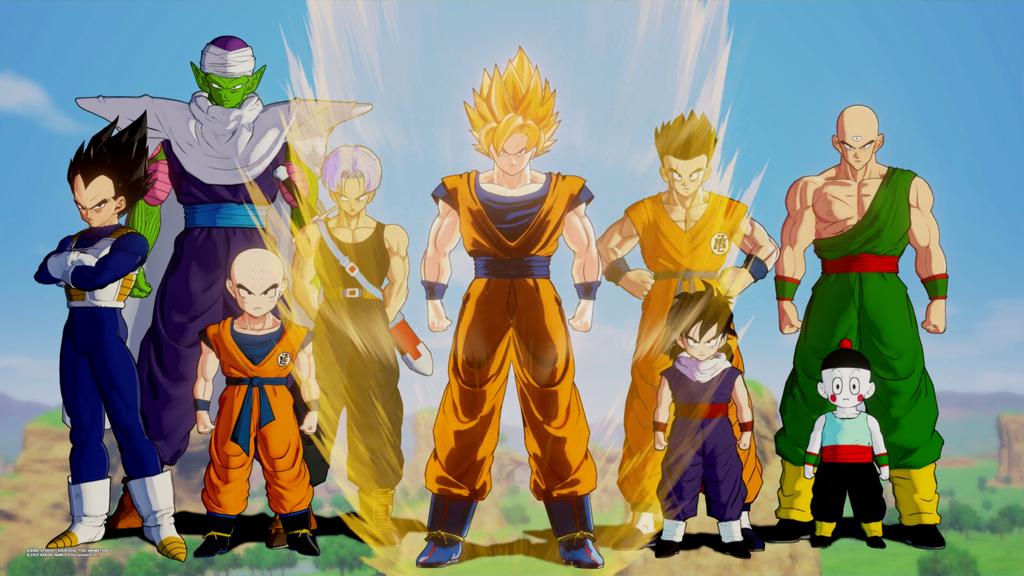 The reason Dragon Ball Series was on the list of Best Super Power Anime was due to Goku’s transformation Journey. Throughout the series, Goku’s training helps him gain powers equal to or greater than a Godly Being. His powers keep increasing every time he encounters a new enemy.

Fullmetal Alchemist: Brotherhood anime is adapted from the manga of the same name written and illustrated by Hiromu Arakawa. The story follows the lives of two brothers, Edward Elric and Alphonse Elric. They both were cursed by the godly being for Experimenting with Alchemy to revive their dead mother. Elric lost one of his legs and sacrificed his right arm to keep Alphonse’s soul intact in the physical world. Both of them soon realize the potential of the threat behind Alchemy and decides to become one of the greatest alchemy duo ever known. 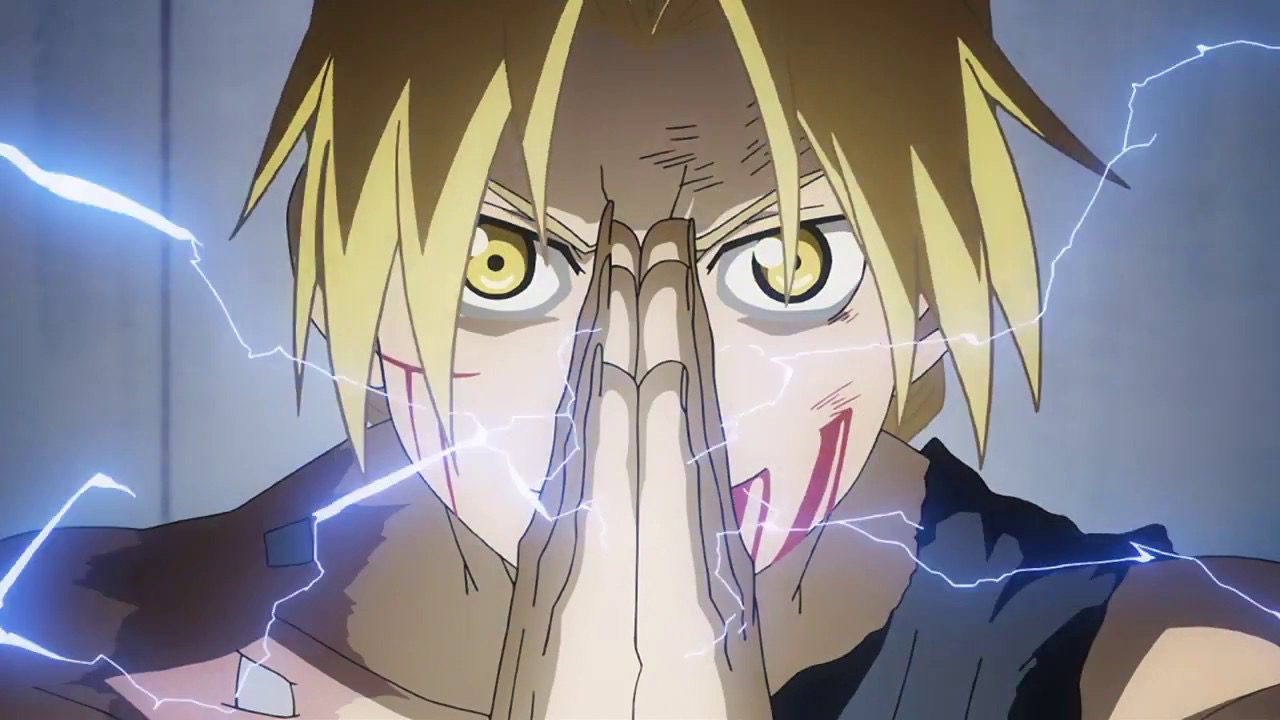 The reason Fullmetal Alchemist: Brotherhood was on the list of Best Super Power Anime was due to Edward and Alphonse’s brotherliness which is portrayed so beautifully in the anime series. Edward is someone who is known to be an immature person, but despite that, he truly cares deeply. And will eventually do anything to help his brother throughout his journey with him. Alphonse, on the other hand, is someone who is a very caring and selfless person.