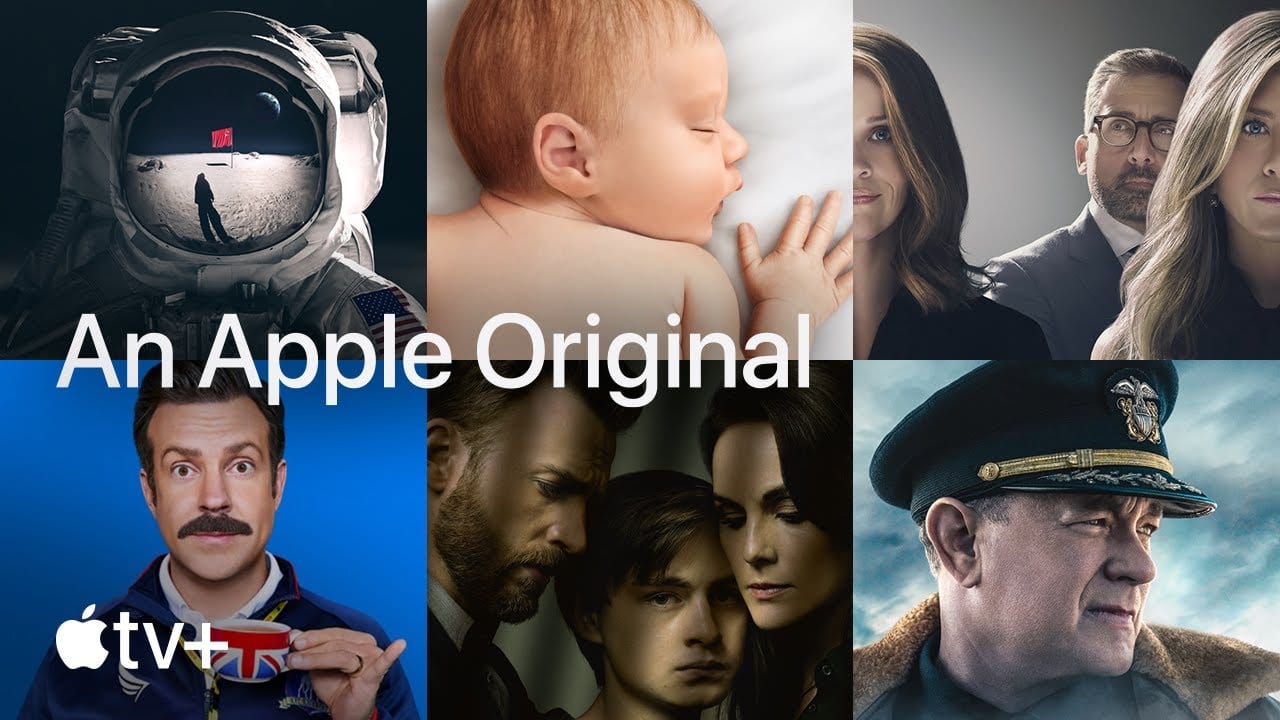 Best Shows On Apple TV+ are a hard thing to list down. The platform has unnumberable great shows that will cure your boredom. Furthermore, Apple TV+ is an OTT platform where you can watch anything from Oscar-winning content to the greatest animated movies ever made, ad-free if you have a subscription. This OTT platform also releases new and engaging content every day for its viewers. Moreover, for movie lovers and people who love the art of cinema, this app is truly a blessing.

Many people prefer Apple TV+ for its family-friendly features. You could literally have ten devices in one account, which would cost you a considerably reasonable price. Moreover, the streaming platform has a ton of genres that will keep you hooked to the platform. It has got Sci-fi movies like For All Mankind and Heart Warming movies like Beasts Of The Southern Wild. It also has your favorite actors and actresses movies in it like Reese Witherspoon, Oprah Winfrey, Jennifer Aniston, Steve Carrell, Chris Evans, Jason Momoa, and Hailie Steinfield. You could see that there are tons of reasons to like the streaming platform Apple TV+. And now, we are going to reveal some movies that you could watch on lazy weekends or with your friends when they gather for a movie night.

Based on the famous novel Are You Sleeping by Kathleen Barber, Truth Be Told is a favorite for mystery lovers. Furthermore, the story follows Poppy Parnell, who is a true-crime podcaster with incredible detective abilities. However, when Warren Cave, a man that she portrayed as the murderer of a father, claims that he is innocent, her abilities are questioned. This show is a captivating mystery and makes people ask their opinions on any crime that makes the headlines. Moreover, Octavia Spencer and Aaron Paul put forth outstanding and relatable performances. Truth Be Told first premiered on Apple TV+ on December 6, 2019. This masterpiece created by Nichelle Tramble Spellman might just become your favorite from our list of Best Shows on Apple TV+.

This psychologic horror show wins an easy spot in the Best TV Shows on Apple TV+. Furthermore, Servant is based on a couple that resides in Philadelphia, dealing with the loss of a newborn. Dorothy Turner ( the mother) and Sean Turner are undergoing transitory object therapy. This means that they have a doll that looks like their baby, but the weird part is that they hire a nanny to take care of the baby doll. Moreover, strange things start happening with the coming of the nanny. The show stars Lauren Ambrose, Toby Kebbel, Nell Tiger Free, and Rubert Grint in the lead roles. Moreover, Servant first premiered on November 28 in 2019 and was renewed for a second season after receiving positive feedbacks on January 15, 2021. 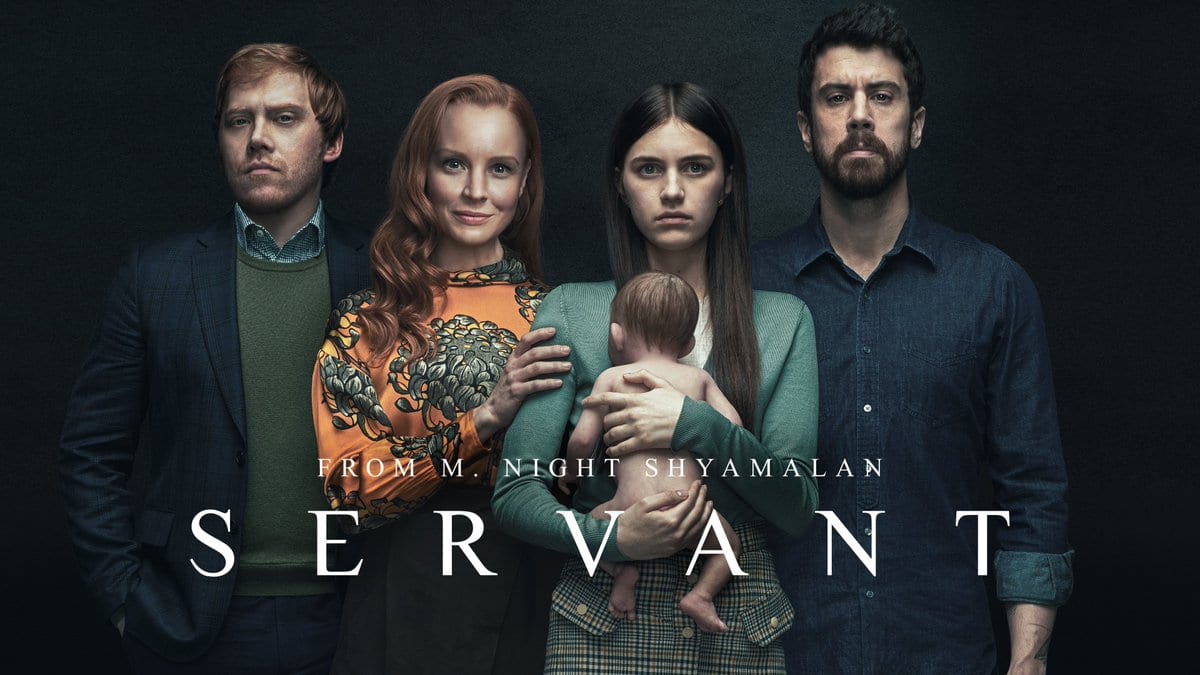 Dickinson is a show based on the renowned poet or the modern dictionary ” Girl Boss”, Emily Dickinson. This show follows Emily Dickinson as she exposes the stereotypes that society has set up. One of the most refreshing series in a long time. Furthermore, Emily Dickinson is highly relatable as she finds her view clashing with the world’s standards from time to time. One of the best comings of age shows starring Hailee Steinfeld, Ella Hunt, and Toby Huss in the leading roles. As a product of Apple, this show is also good on the eyes. Alena Smith created this masterpiece of a show. This show deserves to be on any Best Shows On Apple TV+ list.

Central Park is an animated Sitcom created by the genius of Loren Bouchard. The Sitcom follows the story of the Tillerman-Hunter family that stays in Central Park. The show is made up of hilarious characters that include Patriarch Owen, Paige, Molly, and Cole. When a wealthy heiress named Bitsy Branderham wants to start construction in the park to turn it into a commercial spot, the family fights to save the park. Nora Smith, Josh Grad, and Loren Bouchard have created the perfect cure for your boredom. Central Park is easily one of the best shows on Apple TV+.

As already mentioned, For All Mankind is one of the best sci-fi shows on Apple TV+. Released on November 1 in 2019, it stars Joel Kinnaman, Michael Dorman, Sarah Jones, and more. It shows the possibilities of if the global space race did not end. In the show, we go through another timeline in which the first man to land on the moon was a man named Alexei Leonov, a Russian. And in this timeline, the Americans are trying to catch up with the Russians. Upon finding out that the Russian’s had a woman in their team, the American’s start training American Women too to achieve their goal to win the global space race. You can watch the exciting sci-fi movie on Apple TV+. 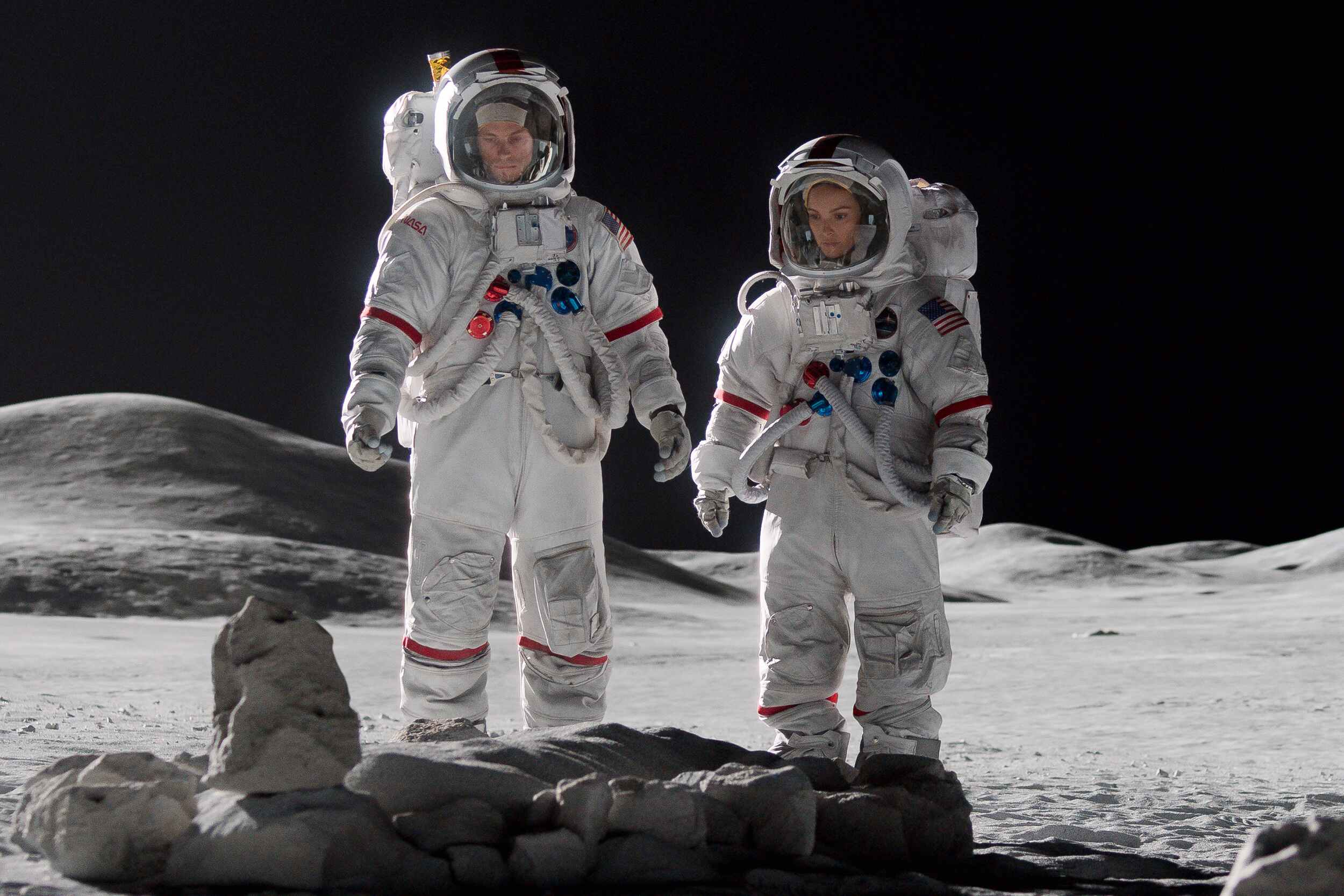 For All Mankind cr: Apple TV+

Based on the best-selling novel written by William Landay, Defending Jacob gives us a fresh whip of Chris Evans’ acting skills. Released on April 24 in the year 2020, we see Evans taking up a pretty refreshing role. In this miniseries, he is a man named  Andrew “Andy” Barber, who is the father of Jacob Barber. Moreover, he and his wife Laurie Barber fight in the courtrooms that their son is innocent and has not murdered his classmate. It will show how  Andrew Barber tries to find a perfect balance between his job, assistant district attorney, and conditional love for his son. You can watch this crime drama on Apple TV+.

The show Losing Alice stars Ayelet Zurer and Lihi Kornowski and has eight episodes in total. Moreover, it is an Israeli Psychological Thriller Drama that draws you completely in. People have praised the cinematography of the show again and again. The show follows Alice who is a 48-year-old female director who gets obsessed with a 24-year-old screenwriter Sophie. The series gets twisted when the females lose control of who is coming into whose life and whose end is coming nearer and nearer. If you are interested in this psychological thriller you can watch it on Apple TV+. 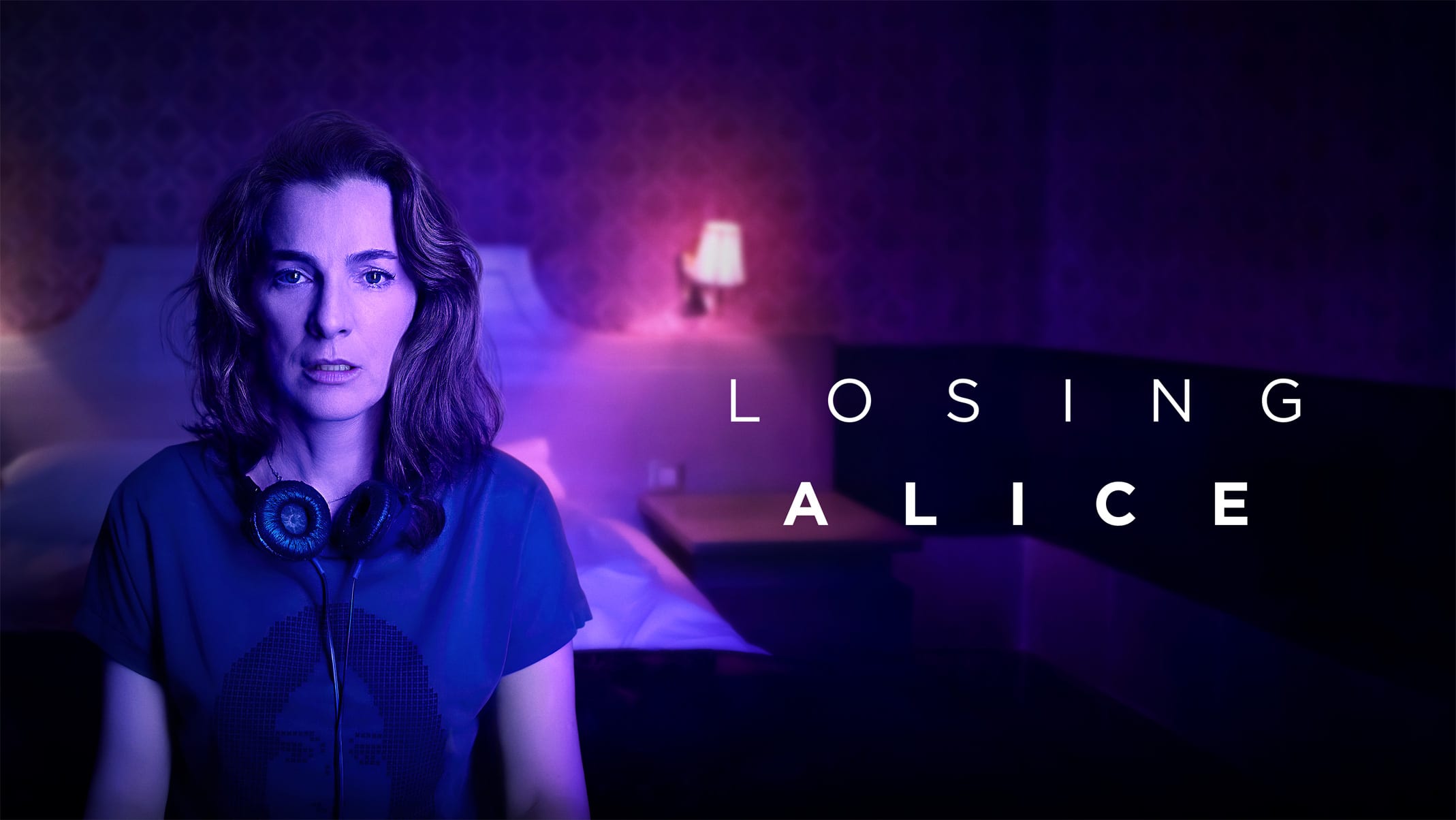 The show is adapted from one of Stephan King’s novels that goes by the same name. Also, Stephan King had once told us of his desire for Lisey’s Story to be adapted into a TV Show. Furthermore, The Gothic Horror show stars Julianne Moore, who plays the role of Lisey. Lisey finds herself getting troubled by someone who wants her dead husband’s confidential documents. Also, this leads her to have a fun-filled adventure. Moreover, she is able to trap the man who threatened her in a fantasy world created by her husband. Furthermore, if you are interested, you can watch this on Apple TV+.

The TV Show, The Morning Show, stars Jennifer Anston and Reese Witherspoon. Moreover, the TV show has a total of 10 episodes, and maybe its second season will start airing in 2021. Furthermore, this show gives us a peek into the lives of those who report to us the latest news. Moreover, it shows the struggles the men and women of the news companies face. Furthermore, Jennifer Aniston’s character Alex Levy meets a new person named Bradley Jackson. Also, Alex is brought to a new world of news journalism through Bradley Jackson’s hasty choices. This show is available to watch the show on Apple TV+. 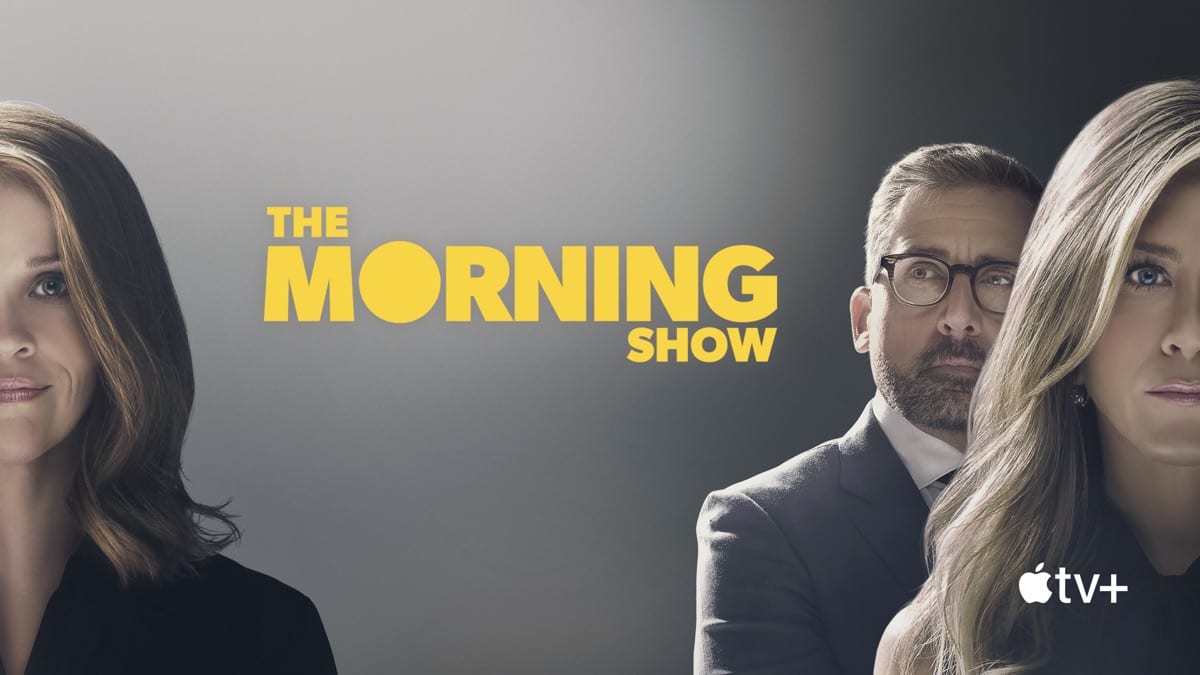 Ted Lasso is considered one of the most delightful films yet. Although the show is created in the United States, it portrays the UK pretty well. Moreover,  In the show, Ted Lasso is roped into coaching an English Premiere League Team named AFC Richmond. Despite being a coach for only college-level players, Lasso gives his best for the team. Lasso’s incredible view of life and how he deals with the lemons that it throws is inspiring.

Furthermore, Ted Lasso is a feel-good show made for moments when you need something to make you smile. The show first premiered on August 14, 2020. After gaining popularity and receiving mostly positive reviews, the show was renewed for a second season by Apple TV+. Furthermore, this comedic show is loosely based on Terry Smith, when in 1999 he coached the Chester City F.C. Also, this show deservingly wins the top spot on the Best TV Shows on Apple TV+ list.

Also Read: Best Films To Watch on Amazon Prime In 2021