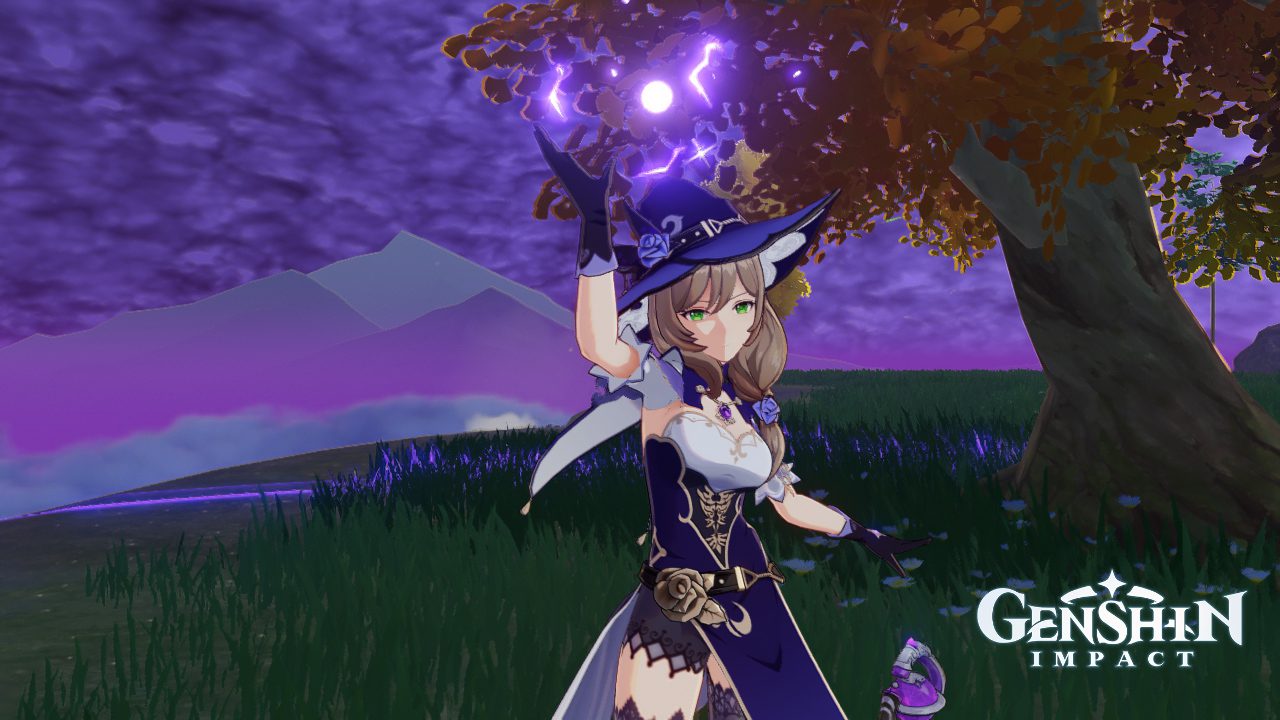 While the world was sitting at home and being confused about what to do, the Genshin Impact game was a great relief for many with its refreshing concept combined with an anime-style RPG adventure. Many people who were not nerds become nerds for this game, and if you are one among those nerds or want to be in the nerd club of the game, you have come to the right place. We have been covering many topics on the game recently, which you can check on our website. Today, we will be looking at Best Electro Characters in Genshin Impact.

When looking at the lore, it is said that there are a total of seven gods in the game, each with their powers. These gods are Geo (earth), Pyro (fire), Hydro (water), Cryo (ice), Dendro (nature), Electro (lightning), and Anemo (wind). As you know, every character in the game has some power of one element, with the traveler having the ability to choose between Anemo, Geo, or Electro. While in battle, these elements can be combined to create a powerful elemental reaction, which you can use to devastate your foes.

It is really important to consider the power of the teammates while building a team and how well will they synergize. Some elemental affinities of your team members can be passively combined into Elemental Resonance bonuses, thus giving you various buffs. So as you may now know by this time, knowing about each element will be only helpful to you. So let us look in detail at the characters with Electro power in Genshin Impact.

As we have mentioned in the beginning, Electro is one among the several powerful elements in the game and the element that the traveler can acquire. The symbol on Electro Visions is inspired by the Mitsudomoe, a symbol that has been often found in traditional Japanese heraldry. Having two characters with Electro abilities will result in Elemental Resonance.

Electro on its own doesn’t have any special effects, but can still lead to occur the Electro Elemental Reactions. Characters of monsters affected by Electro will be going through Lightning Strike Probe and many other such instances. Any source of Electro DMG, which includes Electro Crystals, will apply for the Electro status. Not only that, getting struck by lightning or entering a body of water recently struck by lightning during a thunderstorm can also become Electro.

While in exploration, you may come across certain objects or obstacles considered Electro objects. These include Electro Crystal, Electro Current Puzzle, Electro Rock Piles, and Electro Lanterns. Many Characters and enemies in the game have their resistance to Electro. Character resistance can be increased or decreased by talents, constellations, or artefacts.

Also Read: Who Are The Best Geo Characters So Far in Genshin Impact?

Fischl is a 4-star electro character. We have to land her at the bottom when ranking her according to her powers. The main reason this Bow uses electro character to land in the bottom is that she doesn’t do anything extraordinary to land at the top of the list. Her best role in the team is being a supporting member. 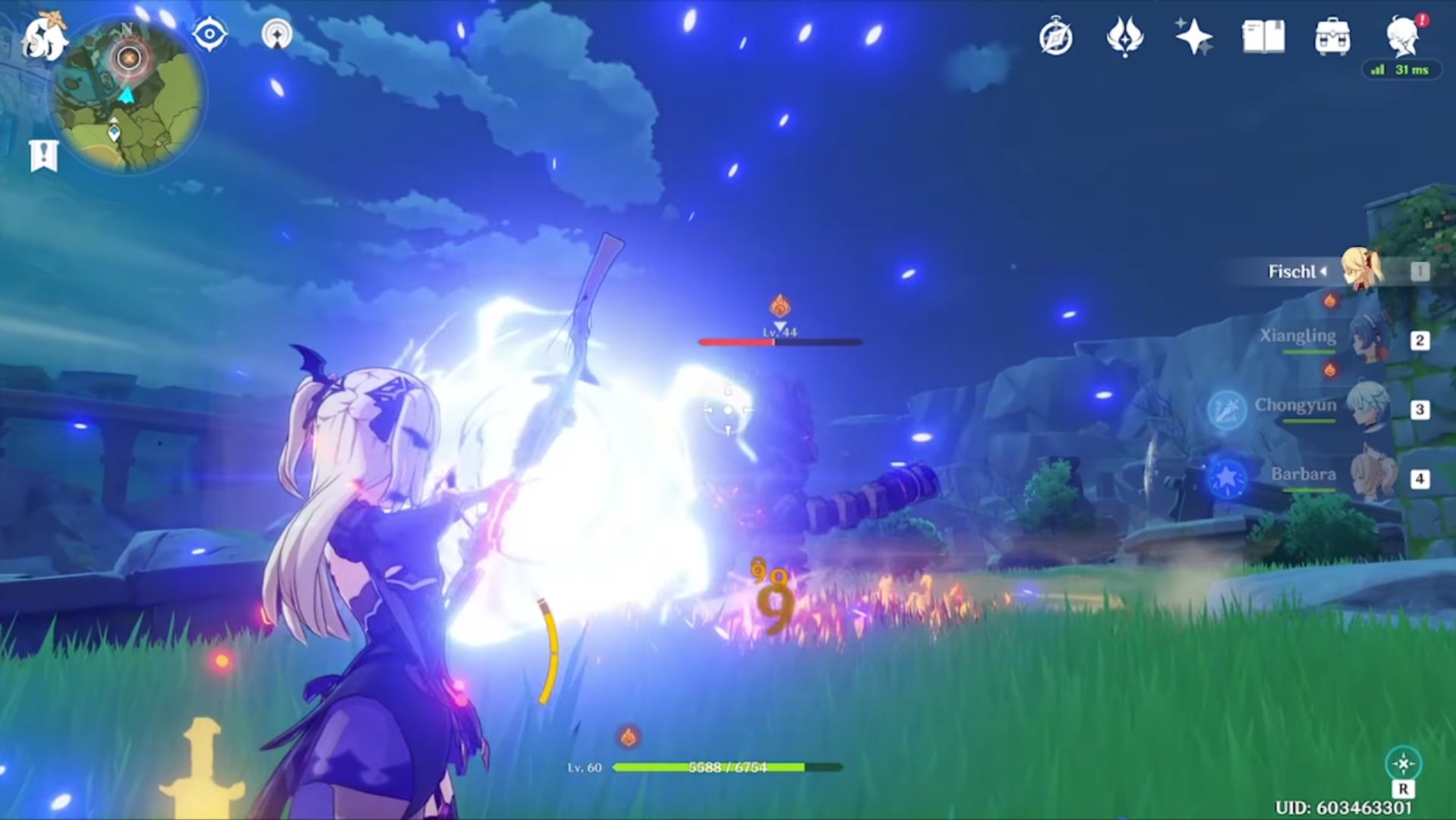 Like Fischl, Beidou is also a 4 star rated character. She is better known for her unique skills, where she can do damages based on the damages that she receives. She uses a Claymore as her weapon and can use a temporary shield, thus increasing her durability. This is the reason to rank her above Fischl. She is best performed when selected as a DPS and for sub-DPS.

The main issue of Beidou was being slow in her elemental skills, which can make the players take waiting time before proceeding to strike the enemies. Beidou is The Crux’s captain, which is a renowned crew in Liyue. She has a lot of fans for her lack of fear towards the Tianquan of the Liyue Qixing. 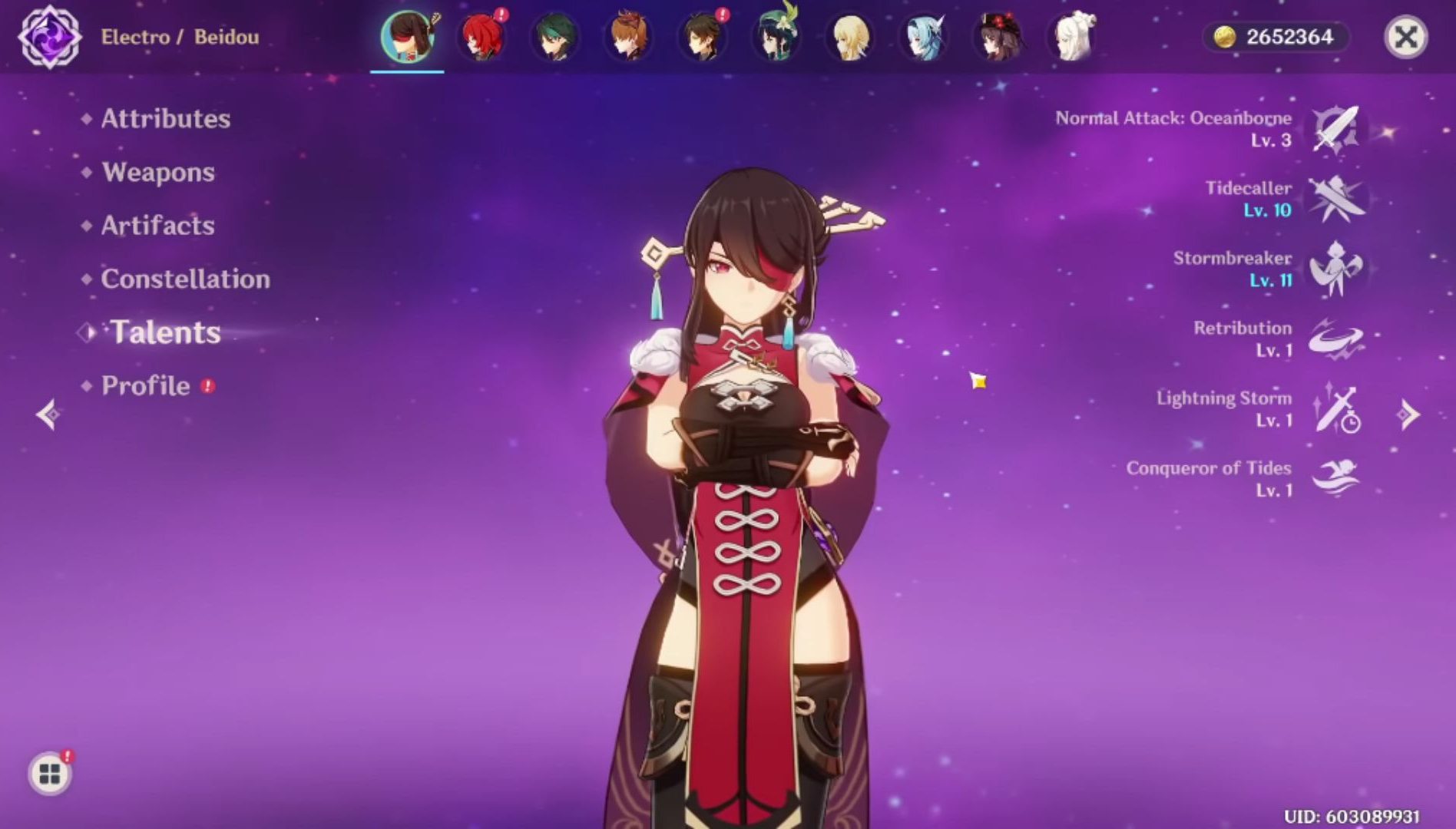 Beidou is also a 4 star rated character in Genshin Impact

If you have doubts about other characters’ powers, you won’t have that for Electro Traveler. As the name itself suggest that this character is an electro character. He was often criticized for being outdated talent despite being a five-star rarity character. But all things changed with the Inazuma’s release. With this, everything has changed.

Electro Traveler is grade-A support, thanks to his skills such as the ability to regenerate elemental energy faster and their bursts which increases the Electro application and damage. But don’t think Electro Traveller is not a character without any limitations. Many expect that Electro traveler has the potential to be a DPS on their own.

Kujou Sara is an electro character that has a rarity of 4 stars. This character is great for making the DPS as well as a sub-DPS. She can do a fairly good burst DPS that does damage in quick bursts over an area of effect. Since she uses a Bow as her weapon, she doesn’t have much of any downsides. This is the reason to be ranked above the 5-star rarity Electro Traveller.

Kujou Sara is an electro character that has a rarity of 4 stars.

Even though most other 4 star characters can surpass Lisa, she can still be a strong character better combat than characters like Amber or Kaeya. While Lisa’s combats need a lot of tactics and strategy and not be fully utilized by new players who don’t understand her powers fully, she can be a worthy character once you get used to this electro character. Lisa can perform both in the role of support and a sub-DPS. She uses a Catalyst as her weapon.

Razor can be considered one of the most powerful electro characters and can be used as Electro support and the main DPS; All thanks to his skill sets and the damages he can cause. What makes Razor powerful than the rest is his natural proclivity for utilizing energy recharge boosts. He can often burst, thus being one of the very few characters capable of constantly using burst in battle.

Razor’s powers utilization comes at a cost as initially, it is a bit hard to get used to his unique playstyle, and he is also one of the most prone characters for simple mistakes. His most common failure is the ability to use his skill correctly. One of the best ways to avoid these is having a good Pyro or Hydro character, like Diluc, on your team. He uses Claymore as his weapon and is a 4-star character.

Next on our list is another 5-star character, Keqing. While Razor constantly relies on her burst, Keqing’s base attack and speed stats are the ones that make her be placed above Razor. Not only that, but she also can quickly decimate groups of foes in an instant. Keqing’s strong offensive potential requires a little bit of building skillsets.

Another flaw in her character is her low defense. We suggest using good healers and/or shielding characters such as Noelle or Zhongli. Keqing is best to be used as a DPS. She also has a sword as her weapon.

And the best electro character which we all were waiting for. For us, it’s Raiden Shogun. Raiden uses strong normal attacks along with devastating elemental bursts. If Raiden Shogun is used in the DPS slot, he will perform the best. The best part about her character is her ability to be both on the field and off the field.

This is a huge benefit for this character and thus becomes the best Electro user in the game. She’s not fully powerful and comes with her downsides. Raiden also doesn’t have many defensive advantages. If you can use a good healer with your team involving her, we think that Raiden will be a great member.