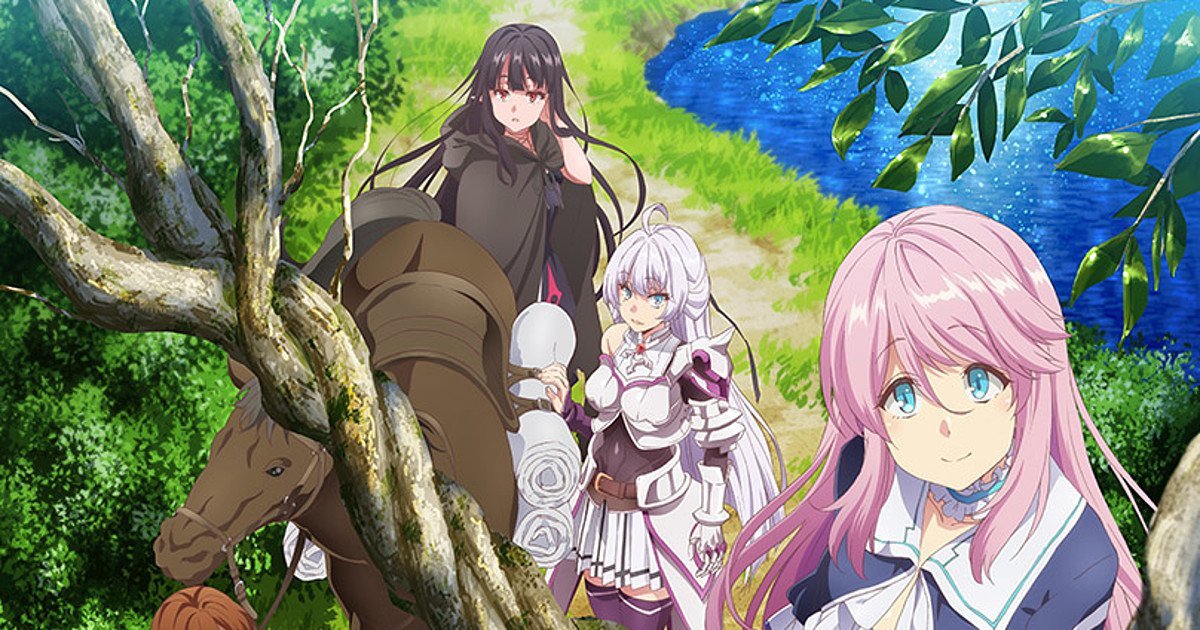 A lot of anime series was released in 2021. One such ongoing anime of 2021 is Redo of a healer. A fantasy anime mixed with a lot of ecchi, Redo Of Healer brings forth the story of Keare / Keyaru. Most anime series deal with mainstream heroes such as swordsmen. While healers are considered mostly a supporting character, Redo Of Hero opens a path to an entirely new perspective where Healers are the strongest class of heroes.

The story is set in fantasy land. Healers are underestimated and treated like trash. Keare, an individual with the power of healing, is selected to be the Hero of Healing. However, his power comes at a great cost. Every time he heals a person, he feels the pain and suffering of the wounded, which causes him to get weak. But, at the same time, he can also copy the skills of those he heals. Since he is a healer, he is put through a lot of torture by other stronger heroes. This continues until he realizes his true strength. Too late by this time, the enemies have already almost won. With his unmatchable power, he uses his healing power on the world, thereby rewinding the time.

Getting another chance to save the world, Keare sets out to take revenge on those who wronged him and cleanse the world.

Undoubtedly, Redo of Healer has a great concept and has gained high expectations from the viewers. If you liked this anime, here are Ten Anime like Redo of Healer that you must watch! 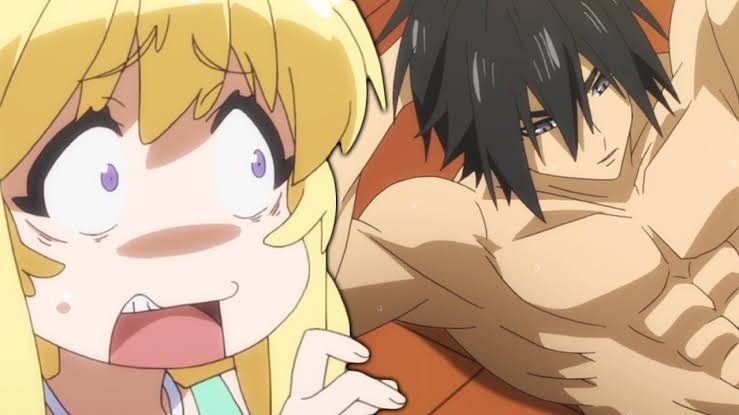 Released in 2019, Cautious Hero is a fantasy anime about Seiya, a hero summoned by the God of healing. As the name of the anime suggests, Seiya is extremely cautious of his enemies. He would go to extreme heights to even kill a slime, to make sure that he does not leave even the slightest possibility of its revival. The series follows the adventures of Seiya and Letarte, the Goddess who summoned him, as they move ahead on their mission to save a world.

Cautious Hero has a funny wrap to it that you might find utterly amazing. As the difficulty level rises, we see that Seiya’s caution does not go in vain. If Redo of Healer was too Echi and gory for you, you could definitely watch Cautious Hero as it might interest you

9. That Time I Got Reincarnated As A Slime 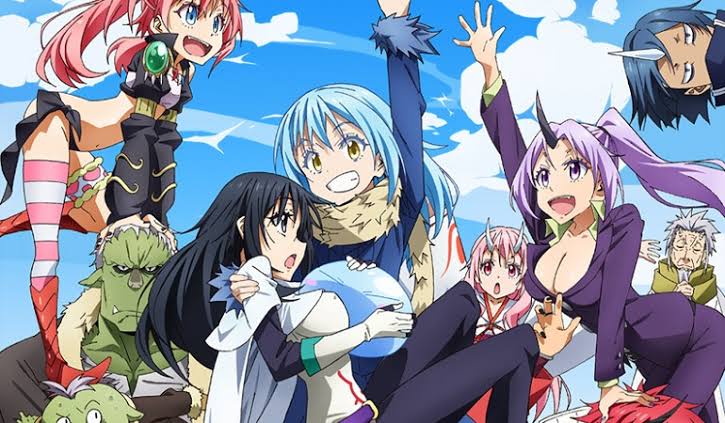 That time I Got Reincarnated As A Slime.

The story covers the reincarnation of a human into an entirely new world. However, there is a small twist – in the new world; he is a slime. Slimes are considered the weakest monsters. Though, after devouring a true dragon, Rimuru Tempest, the slime, grows stronger and realises that being a slime might not be just that bad.

As the story progresses, we see Rimuru’s journey from becoming the Lord of a small Goblin village to becoming the King of his country of monsters, Tempest. The series does not have much of a serious touch in the first season. The second season of That Time I Got Reincarnated As A Slime was released recently. There are darker scenes here as we see the story progress.

That Time I Got Reincarnated As A Slime is an amazing fantasy anime. I would definitely recommend people to watch it due to its fun and interesting illustration. 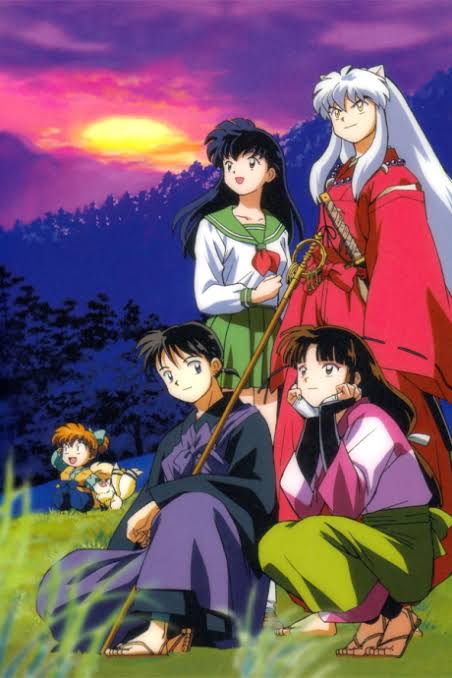 Do you like anime with a lot of demons? If you do, you should binge InuYasha all night. InuYasha is the oldest anime on this list, so I doubt anyone has not watched it. However, if you missed it, InuYasha is the perfect anime for fantasy anime lovers.

The plot follows the story of Kagome Higurashi, who travels back 500 years in time to an era of demons after getting pulled down a well. Somehow, she ends up with a precious jewel, called the Shikon jewel. Due to its wish-granting ability, every demon wants to have this jewel, causing chaos. In one battle, the jewel accidentally breaks.

Kagome teams up with InuYasha, a dog demon, to retrieve all parts of this demon that got shattered. The manga from which the anime was adapted has won several awards for its brilliancy in plot and illustrations.

Adapted from the popular Manhwa by the same name, God Of High school is another great anime from the MAPPA studio’s animators.

A tournament among many youngsters has ignited a massive murmur around Seoul. The terms of the tournament are simple – be the last one standing. Many strong contenders join in since the winner of the tournament will get whatever they desire. The protagonist, Jin Mori, befriends Han Daewi and Yu Mira, fights together to win the tournament.

However, there are more secrets to the tournament as we realise that the organizers are looking for someone through this tournament – someone called the Key.

The series progresses with great enthusiasm and blesses the viewers with exciting wars between God and the celestial beings with exceptional skills. The God of High School may not be a typical fantasy anime, but it has an amazing thrill. 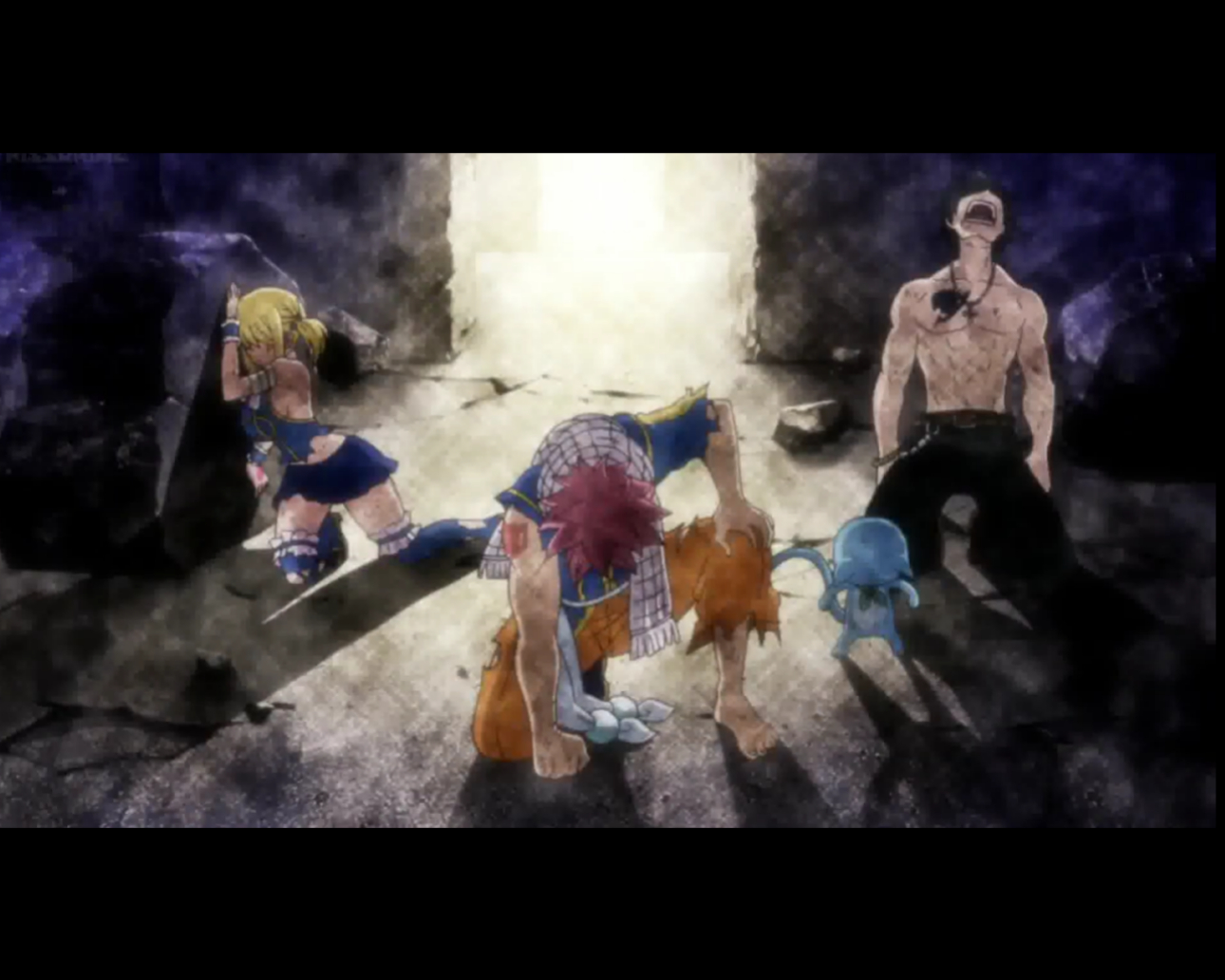 Fairy Tail guides the viewers through a world where great wizards form guilds and take on jobs. Lucy Heartfelia has only one dream : to join Fairy tail, the famous guild. She meets Natsu Dragneel, who introduces her to Fairy Tail with many twists and turns, and there begins the adventure.

Fairy Tail is a notably popular anime series that is remarkable in terms of content. Given its popularity, I don’t think I need to explain why it’s a great fantasy anime.

5. Magi : The Labyrinth of Magic

Magi : The Labrynth of Magic.

Magi : The Labyrinth of Magic brings you a world filled with wizards, djinns, and treasures. The plot is set in a world where the infinite treasure is stored in dungeons created by Magi. These Magi are not ordinary magicians but highly powerful and capable of creating dungeons and leading people to these dungeons. Young Aladdin, who is kind and innocent, is the protagonist of this anime series.

The anime follows his quests as he clears various dungeons with his friends Morgiana and Alibaba. The anime uses many supernatural elements that keep the viewers hooked. Although it has its differences from Redo of Healer, I think it is a good watch if fantasy worlds, magic, and djinns fascinate you. 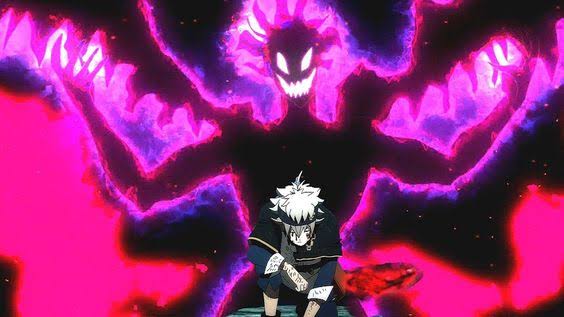 Black clover is one of the first anime that comes to mind when we think of an ‘underestimated’ hero. Set in a world where power is everything, Black Clover gives the viewers a high adrenaline rush as the series progresses.

Following the story of Asta, the child born with no magic, we get to see an entirely new world with more and more awe as we get deeper into the series. In the beginning, we see Asta as someone with no magical powers. Despite his drawback, he works hard. At the age of fifteen, the teenagers are bestowed with a Grimoire. Yuno, a brilliant magician and Asta’s friend, gets a Grimoire with four-leaves Clover.

After some effort, Asta attains a rare Grimoire having a five-leaf clover. Whether the powers of this Grimoire called the Black Clover are good or evil is unknown. Black Clover is a superb anime series and easily makes its way into the list of top ten fantasy anime in my list. 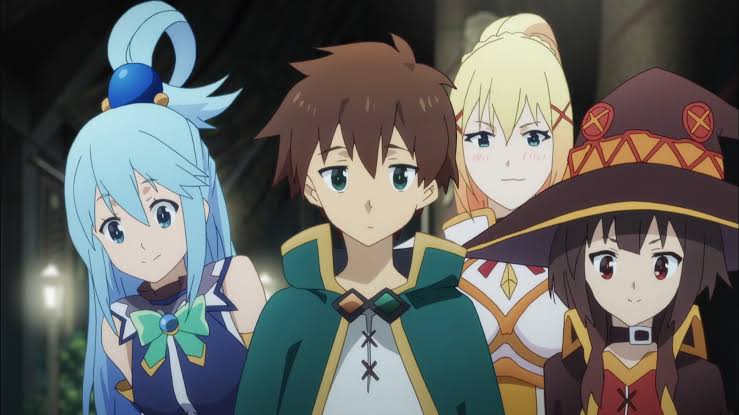 When most isekai and fantasy anime fail to give out their attention to minor details like monetary problems in a new world, KonoSuba exhibits a comedic experience of Kazuma Satou in a new world after a hilarious and worthless death from shock. Right after dying, he is presented before Goddess Aqua. He is, however, provided with two choices of either going to heaven or reincarnating into a new world. As predicted, he chooses to reincarnate into a new world and chooses Aqua to go with him on his quest.

With Aqua’s inability to do anything clever at all, experience one hilarious fantasy anime. KonoSuba will blow your mind with its adventures and touch your heart at the same time. 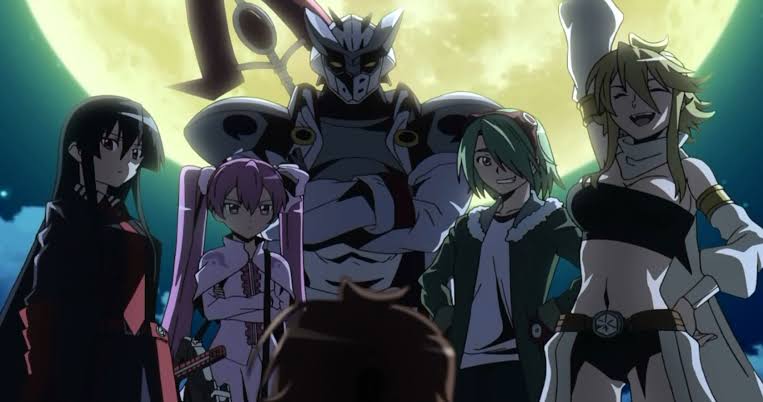 When Tatsumi first visits the Imperial City, he is seemingly surprised by the kindness of the officials. Tatsumi came to the big city with his two friends from a village. However, he gets separated from them and arrives alone in the city, where he waits for them. When a kind princess takes pity on him and asks him to come over to the castle after he is mugged, he is overwhelmed and accepts her offer.

Later that night, The Night Raid, who are wanted criminals for killing government officials, attack the mansion; Tatsumi is ready to protect the kind noble house. However, the horror awaits him when he realises that the house is, infact, a slaughterhouse of poor people. Seeing that they had also killed his two friends, Tatsumi is infuriated and joins The Night Raid.

Akame ga Kill puts forward the corruption and oppression of the Imperial City. The series further ahead depicts Tatsumi and The Night Raid’s journey towards bringing a journey to the world tainted by the royals. 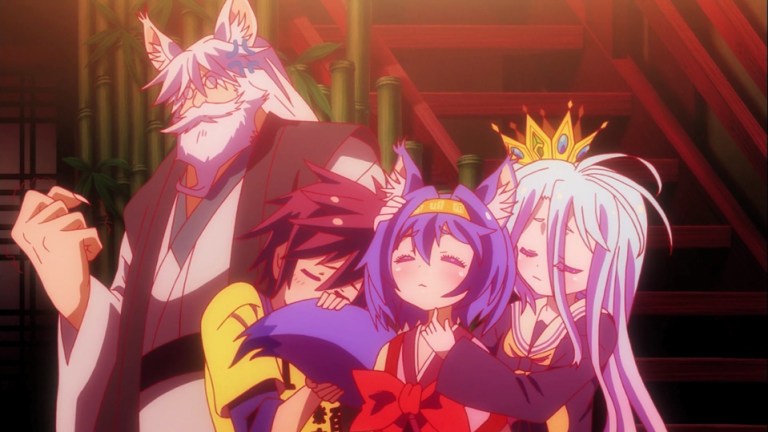 No Game No Life.

No game No Life is a must-watch anime if Redo Of Healer has caught your attention. Filled with busty anime girls, elves, and werebeasts having cute ears, No Game No Life ensures an enjoyable time.

In a world where every conflict is solved through games, Sora and Shiro, two genius gamers, plot their way to the top. Humans are considered the weakest. The God is Tet, who bounds the world within ten rules. Sora and Shiro become the new rulers of the Human race, ready to win more.

Released in 2014, the anime series mesmerized many fans as they have been waiting for another season. However, with the announcement that there will never be another season of this anime, there was disappointment all over the fan community. Nonetheless, there is a prequel film to the anime that is also well-plotted.