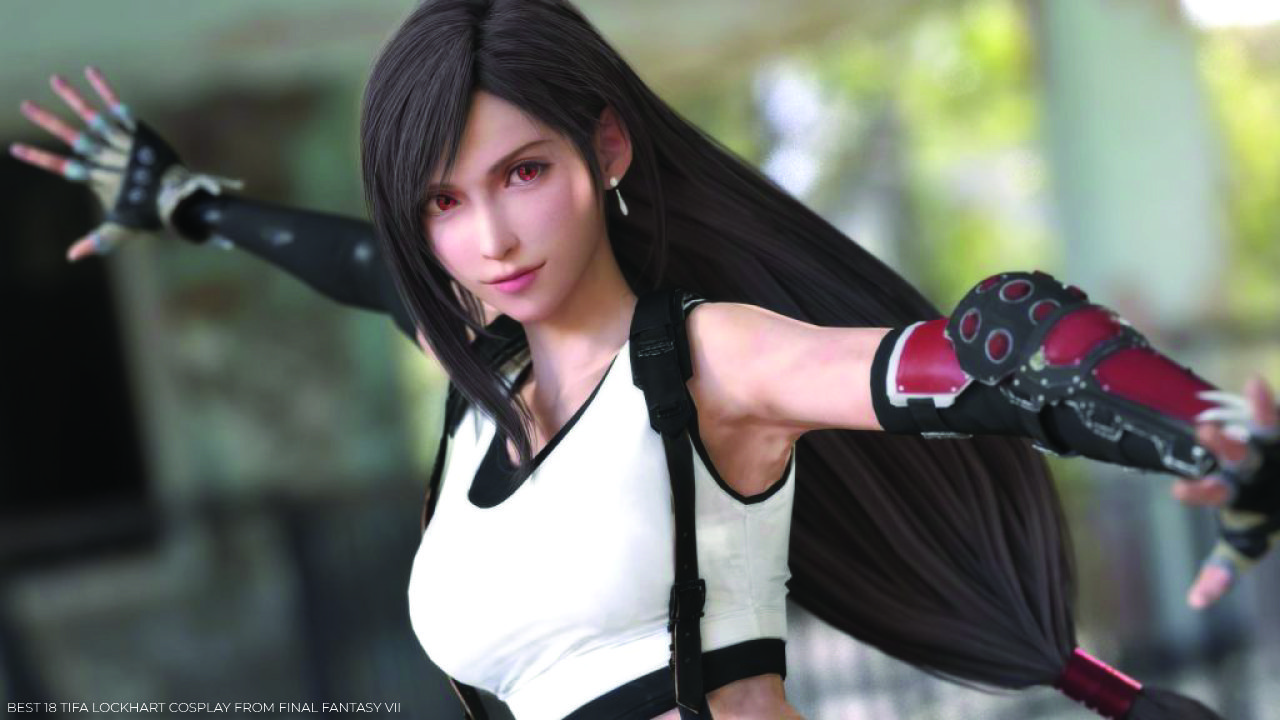 Tifa Lockhart is a member of the eco-terrorist group AVALANCHE. She is also the owner of the 7th Heaven bar in the slums of Midgar. Tifa is often considered to be an example of independent, strong, and attractive female characters in video games and is often compared to Lara Croft, the main character of the Tomb Raider series. Cloud Strife, the protagonist of Final Fantasy VII, is the childhood friend of Tifa Lockhart. But let us not deviate from the topic and see the best cosplays of Tifa Lockhart.

It is more like a transformation than cosplay. The resemblance is uncanny. Everything is perfect, and even the hair display is very good. 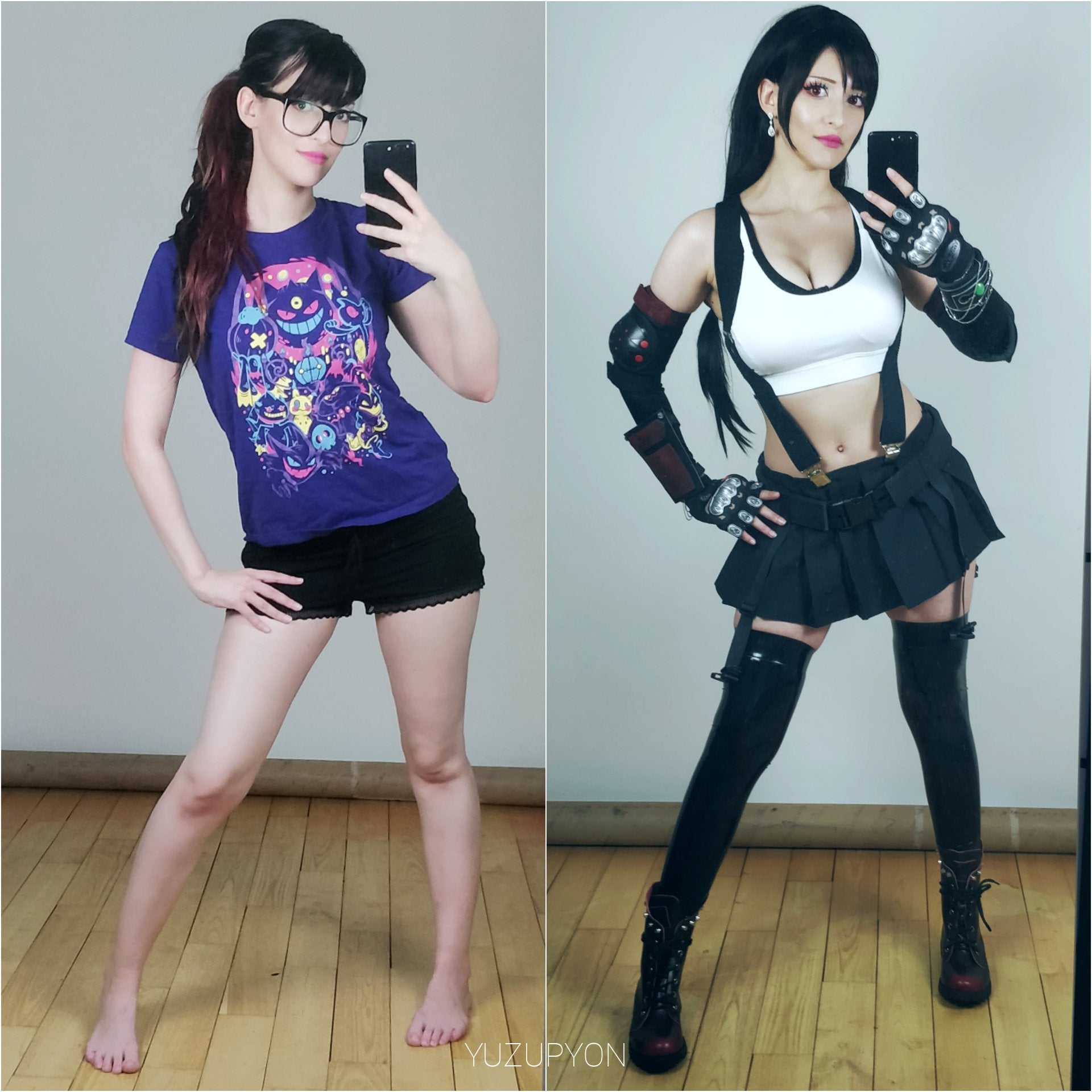 Why Tifa Lockhart has considered a childhood crush is visible in this picture. Alina Becker did a really good job with a sexy touch. 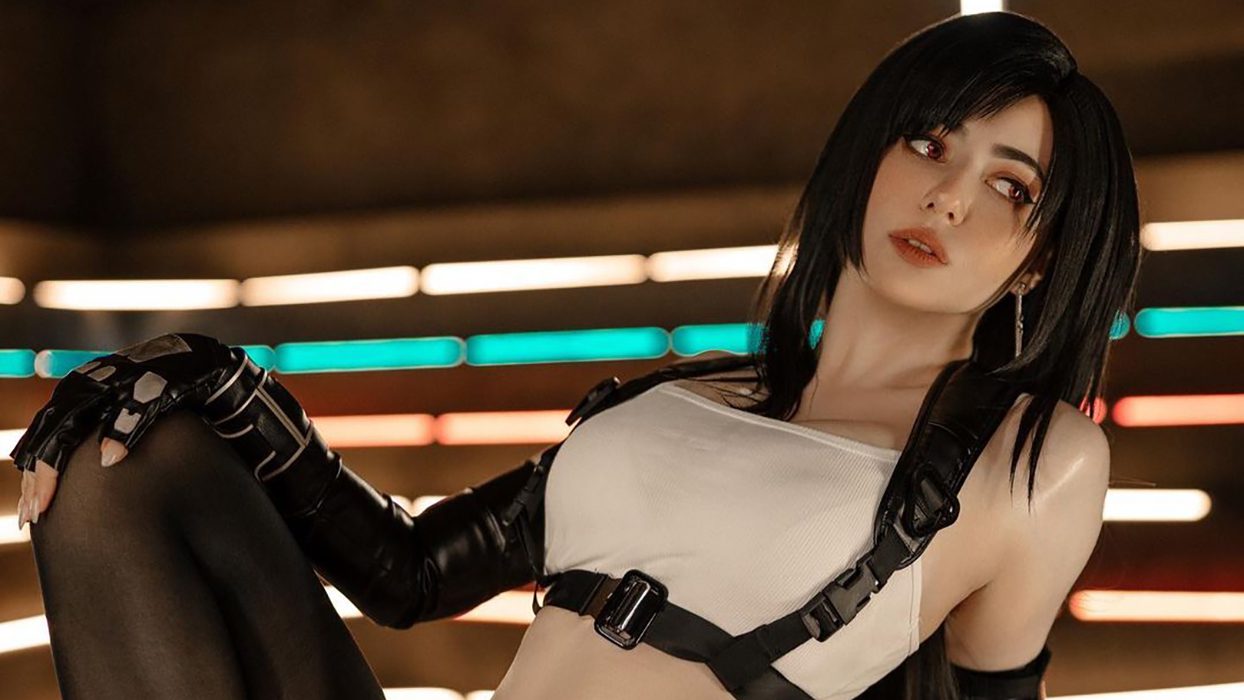 The cheeky smile on her face is very similar to Tifa Lockhart. Having played Final Fantasy VII, she will get a perfect score on her Tifa Lockhart cosplay. The dress, expression, background, and everything else are perfect. 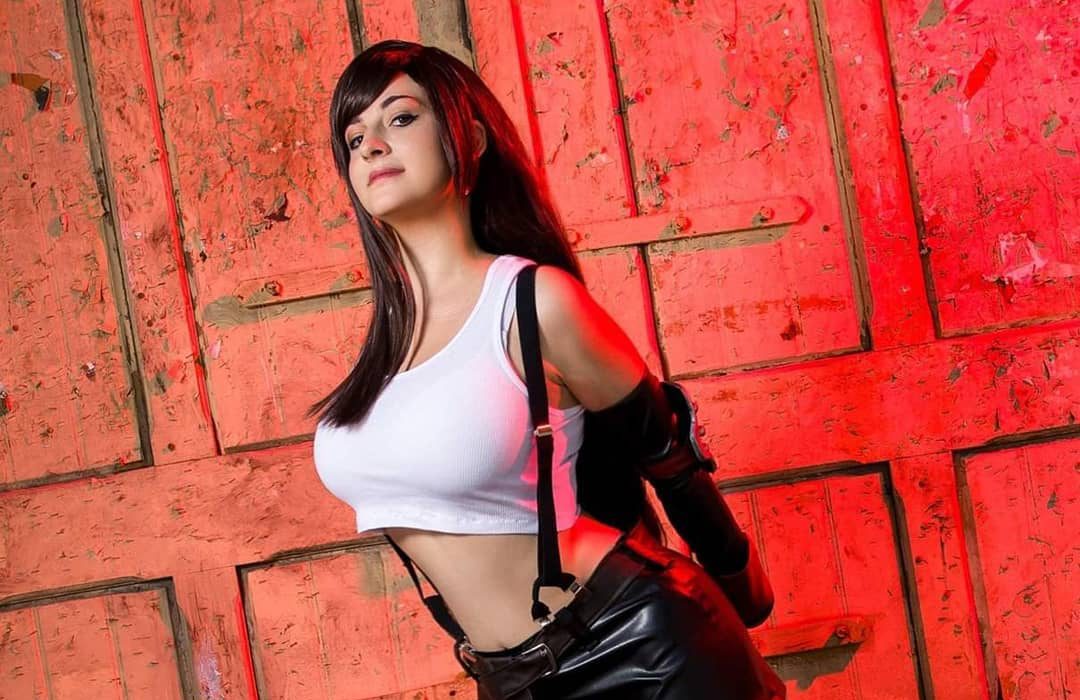 For a moment, I thought I was playing the original game. Lera Himera did a perfect cosplay, and she is more than deserved to be on this list. Ready to throw punches at anyone, and not a bit afraid. 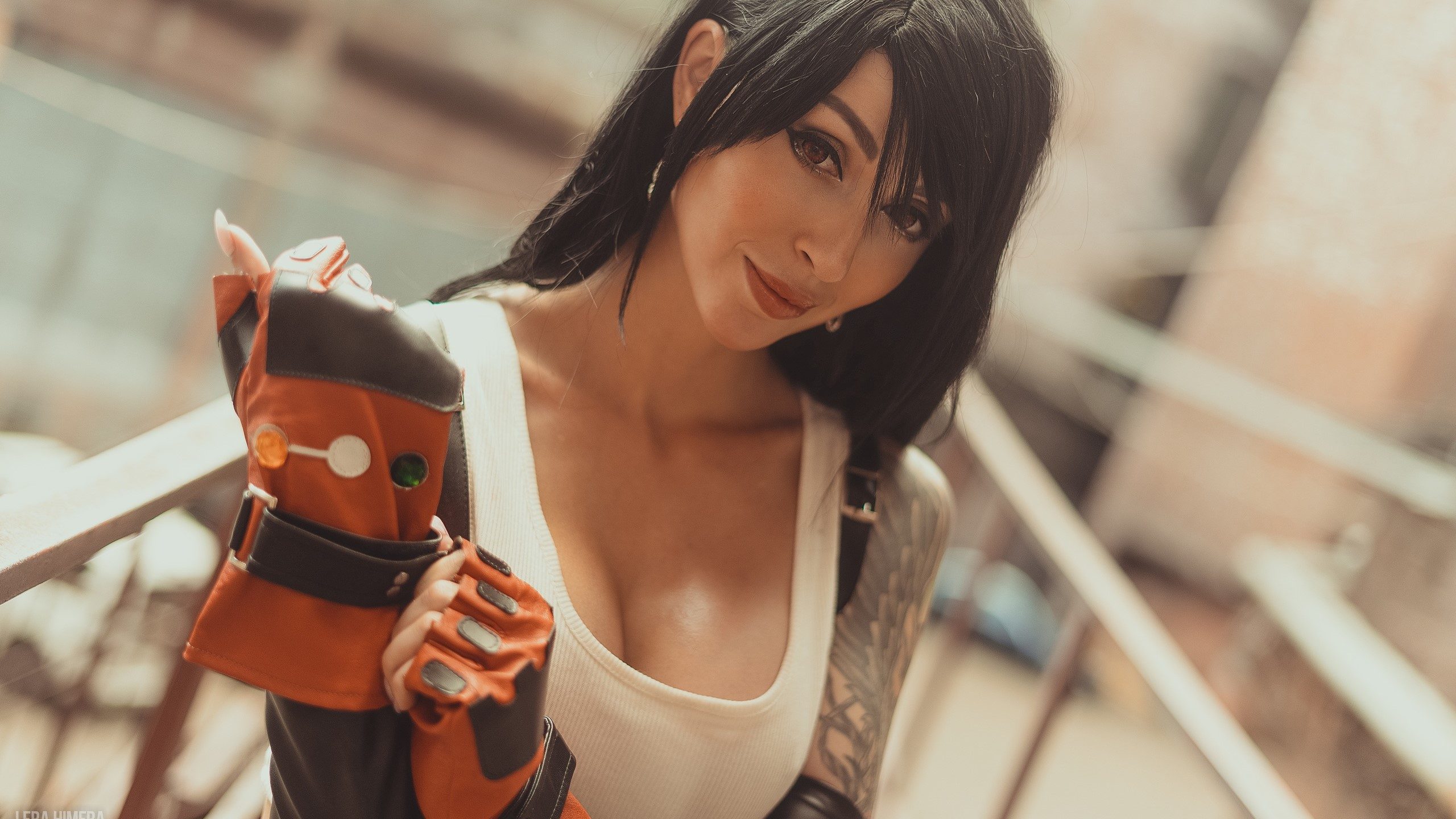 The cosplay is top-notch, without a single portion of doubt. The critics will have their jaw dropped at the first glimpse of the cosplay. Shade Cramer is a professional cosplayer, and this cosplay is a tribute to her professionalism. 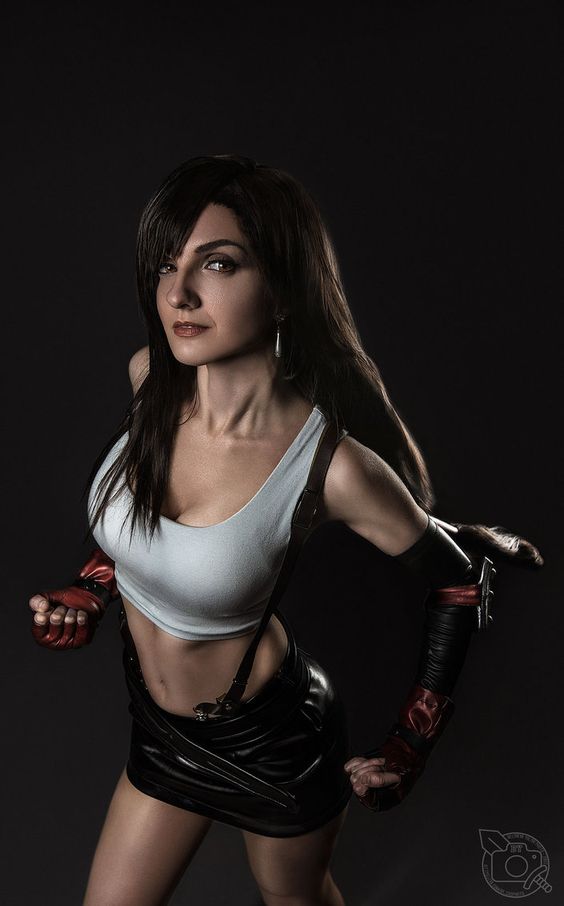 Being a member of an eco-terrorist group, Tifa Lockhart is flexible. The cosplay is a tribute to that flexibility. The white top and black skirt are very well managed. 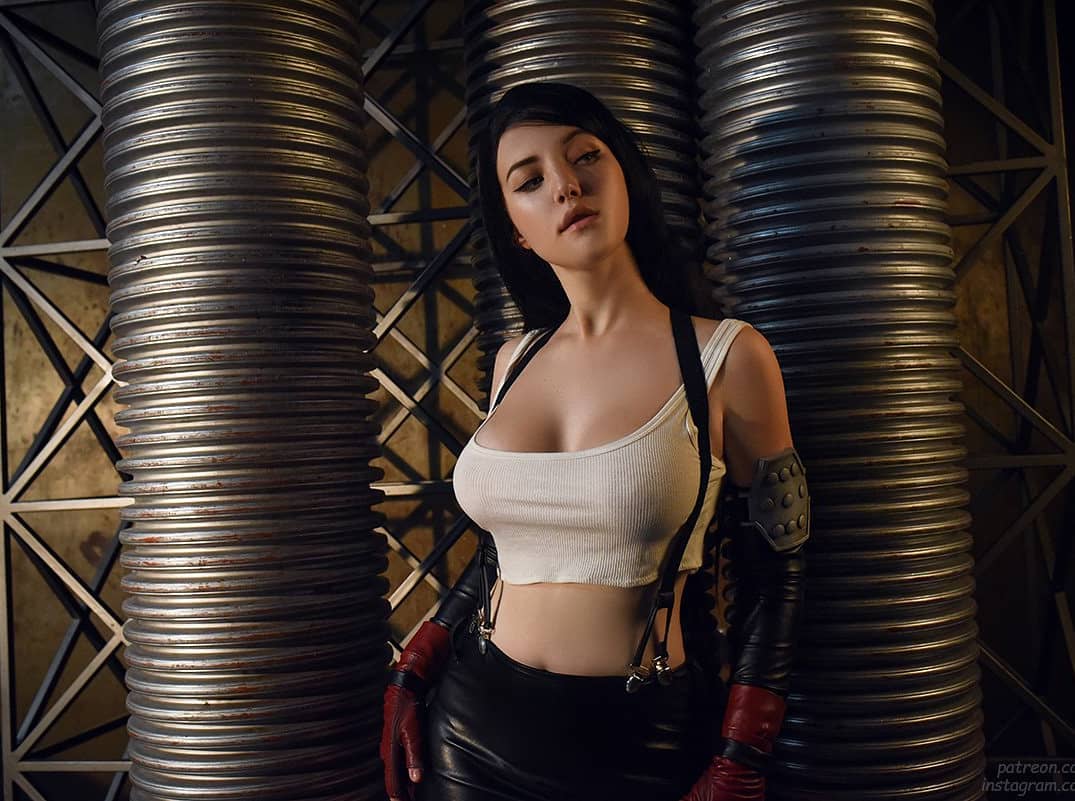 The professional cosplay teased the critics with her cosplay. She even put a picture of Tifa Lockhart beside her. It is impossible the difference between the two. 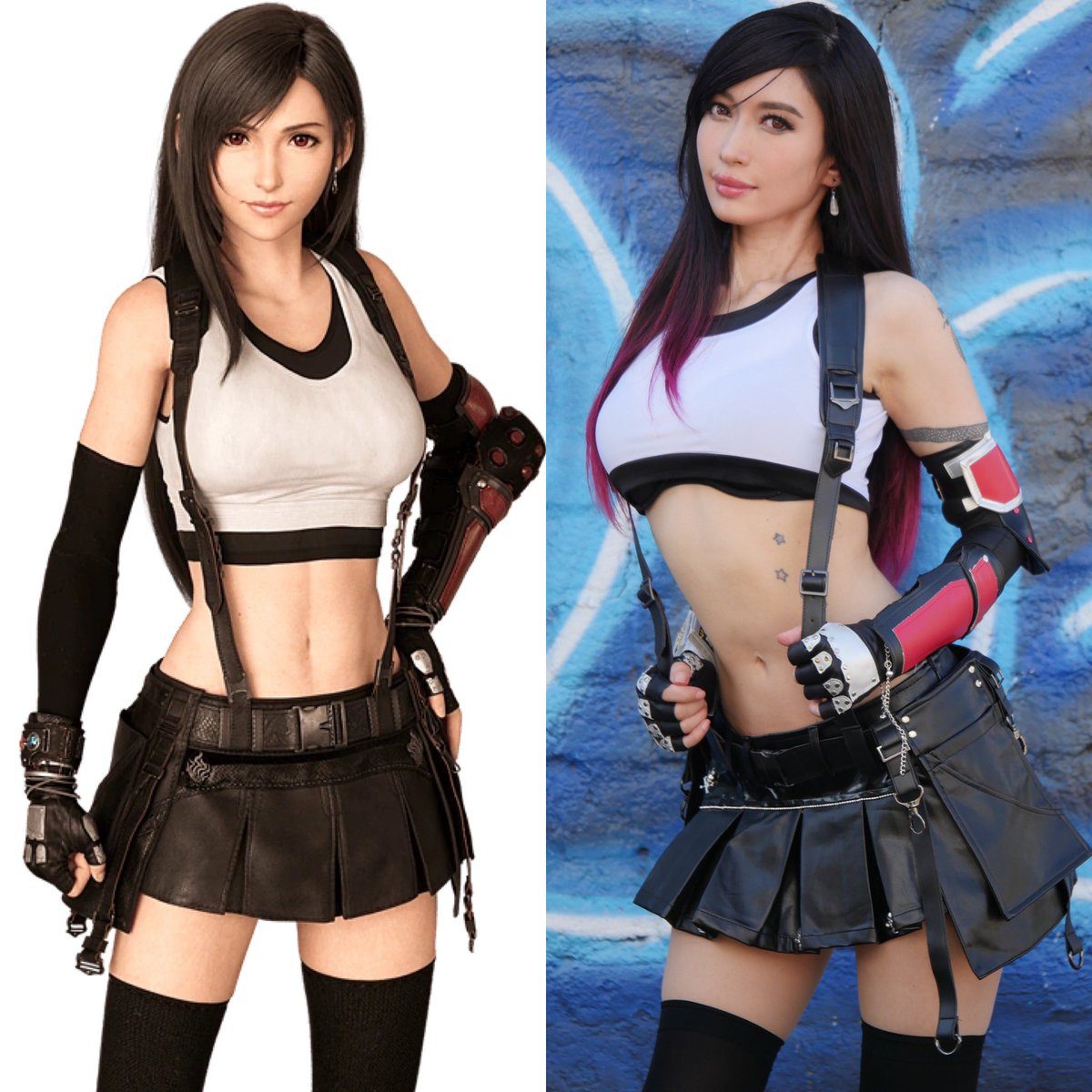 The fighting spirit of Tifa Lockhart burns very passionately in Moonfox. People might question the dirt, but people should never forget that she was from the slums in Midgar. 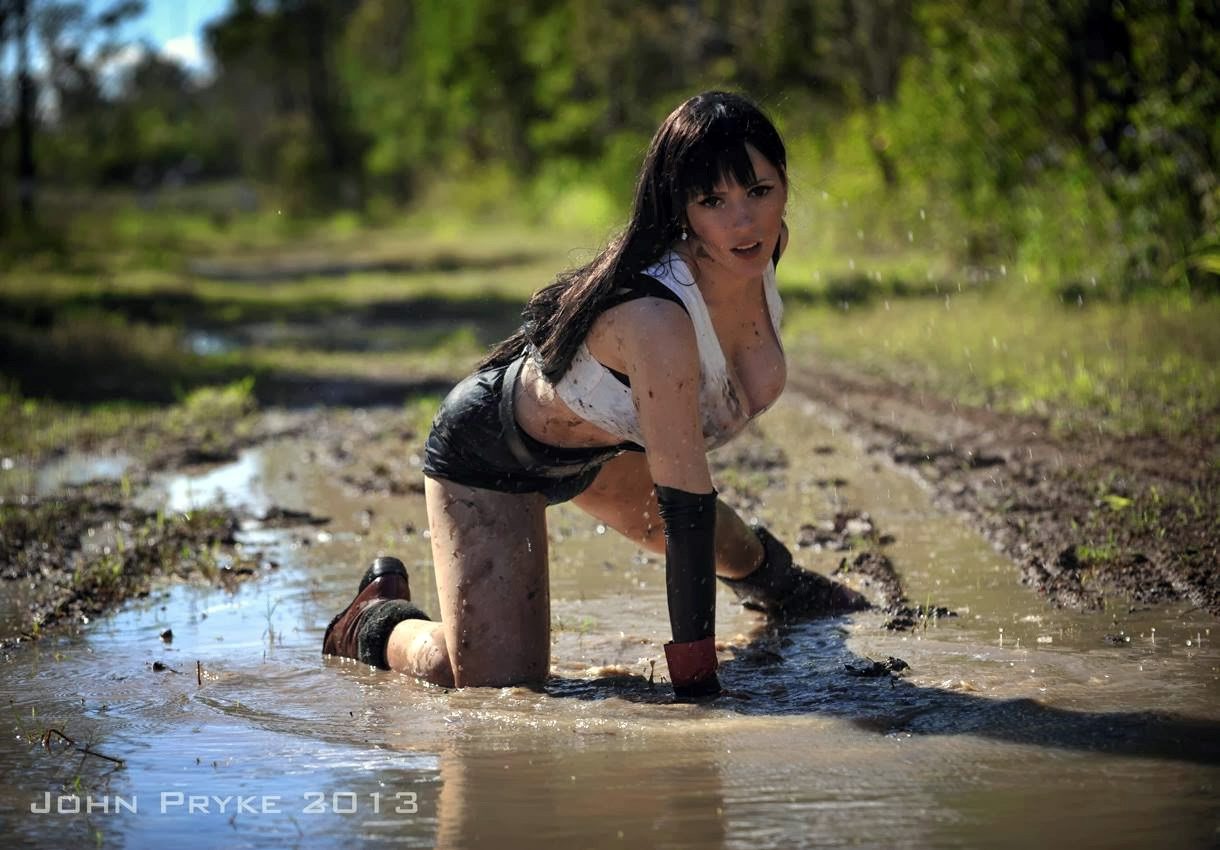 The cosplayer is not a professional one, but still, she did it beautifully. She collected all the information and converted it into the result with her hard work. SSSniperWolf also has a YouTube channel with millions of subscribers. 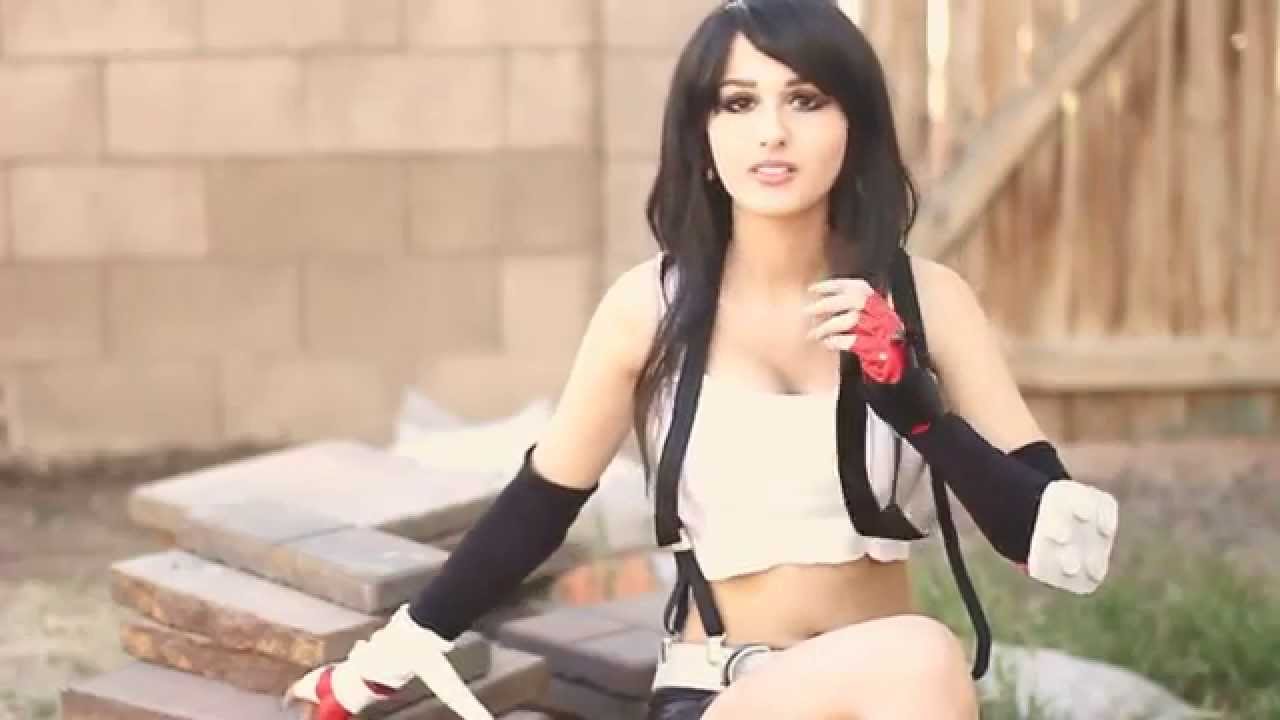 Just like the name, her attitude of Tifa Lockhart can cause you fatality. The posture, along with the Final Fantasy VII-type background is too hard to handle. 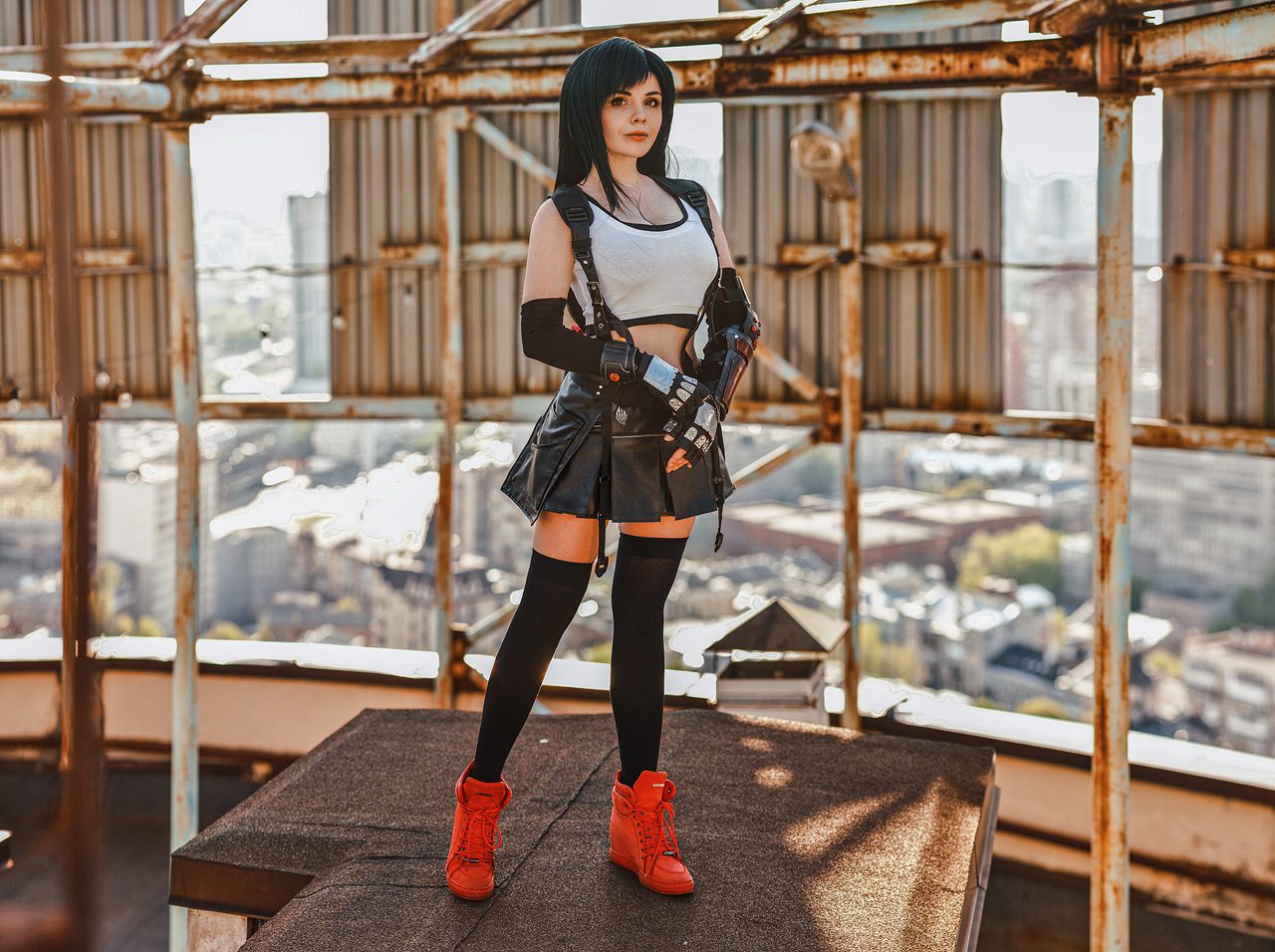 Winning is for winners, and cosplays are for Meggii Cosplay. The perfection is too hot to handle. She is bound to be on this list. Tifa Lockhart is always ready to fight. 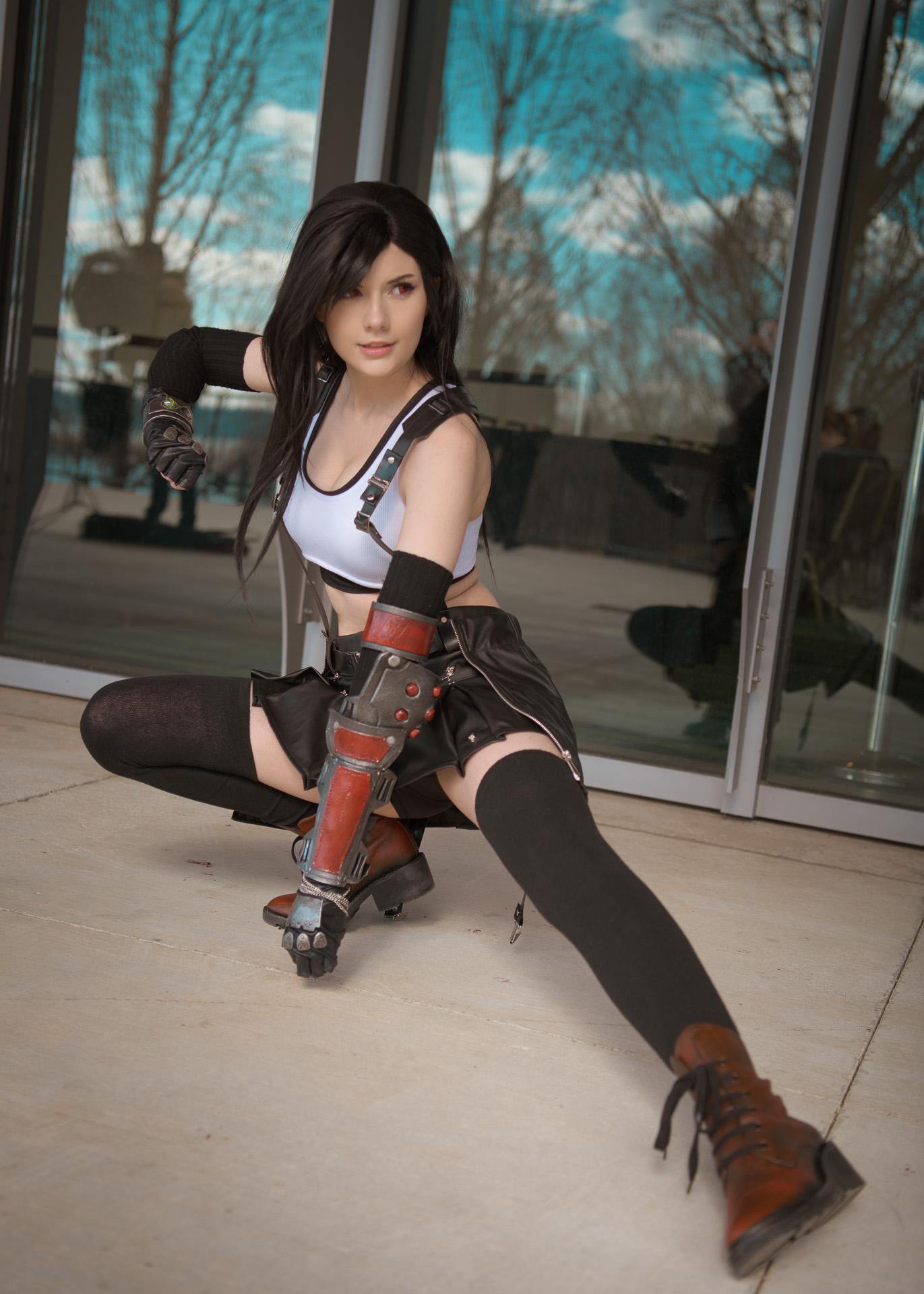 Even when she is in her casuals, she looks like Tifa Lockhart. The cosplay is more than enough. Dexerto cosplay is kind of the type who makes you crush hard. The name may be gibberish, but that is not the case with cosplay. This version of Tifa Lockhart is very sexy, and everyone wishes to see her on-screen. 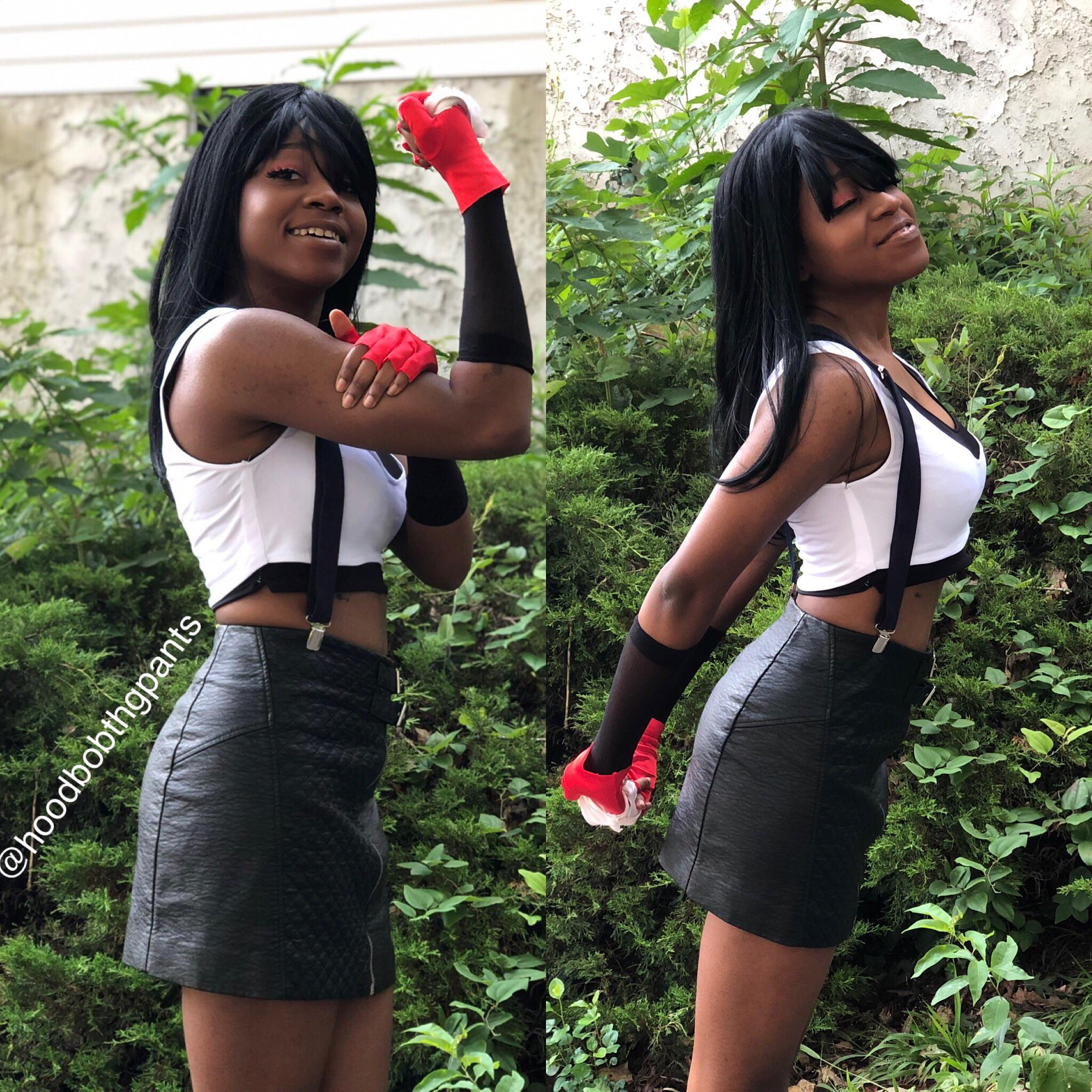 It is not always about the dress code; sometimes, the expression says it all. That is the same situation here. The naughty side of Tifa Lockhart is visible. An out-of-the-book approach by Lindsay Elyse. When we see something amazing, we get mesmerized. With Forkgirl Cosplay, the same happened with me. Tifa Lockhart would be very proud to see her. The cosplayer did her homework. If Final Fantasy VII ever makes a television debut, she would be a perfect choice. 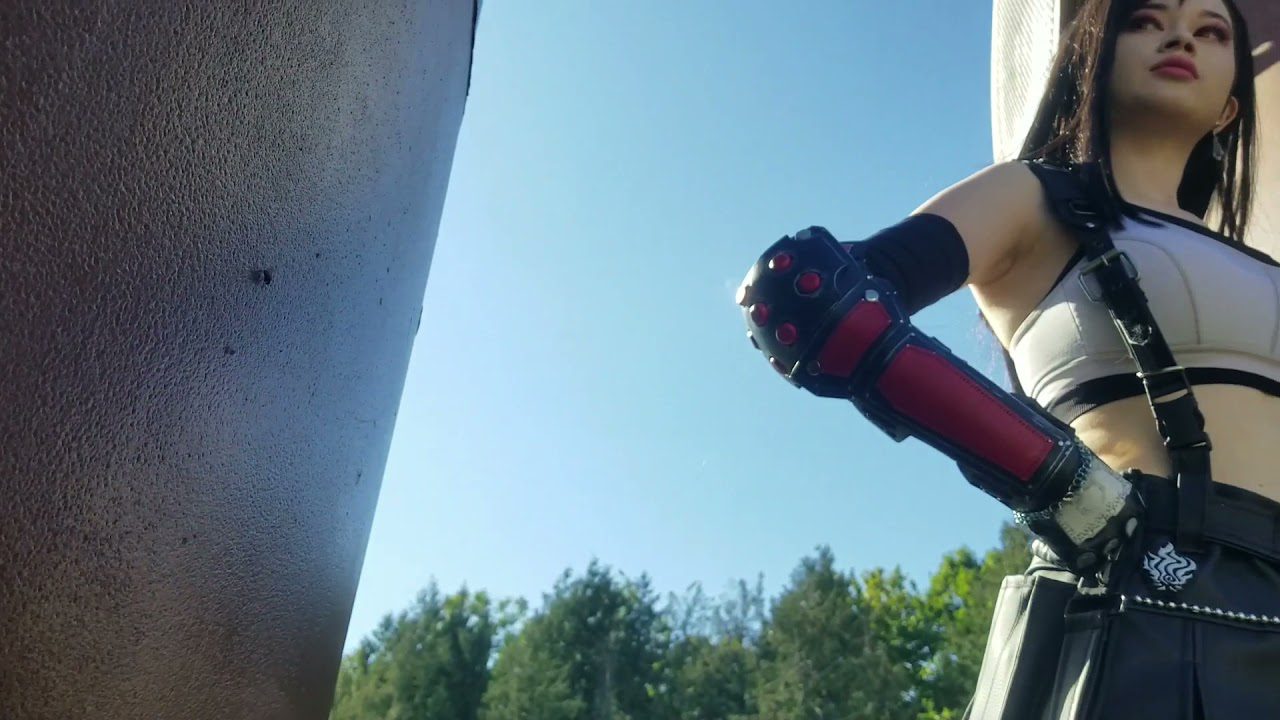