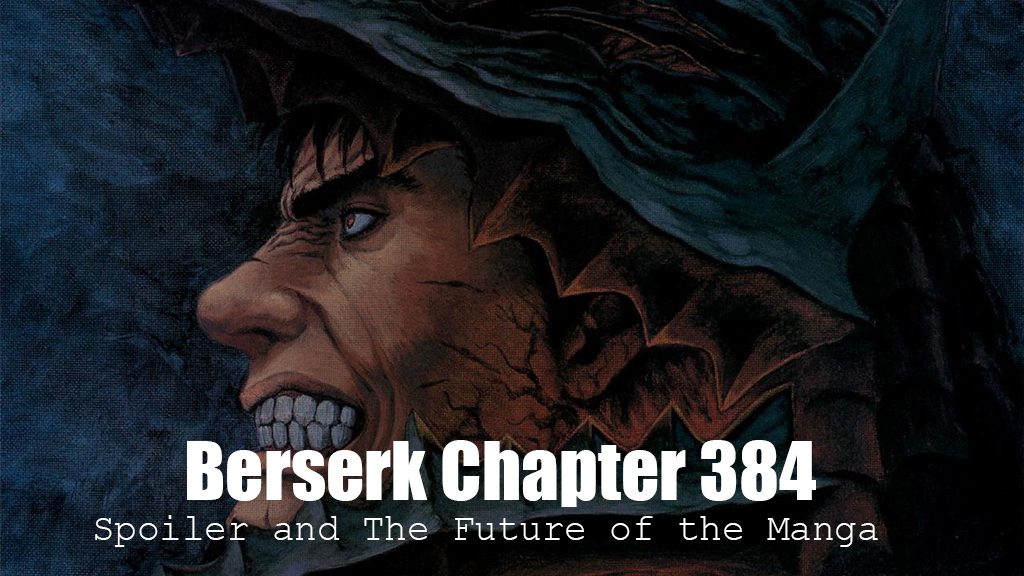 What is going to happen after Berserk Chapter 364? The dark fantasy series is a creation of the late Kentaro Miura. Berserk began serializing in August 1989 and ended after three decades in September 2021. The manga series has 20 Volumes comprising over 300 chapters, and the latest chapter, 364, was released after the death of the manga artist. Miura’s death shocked the entire world, and all fans thought about the future of the manga. The latest chapters are based on the manuscripts left behind by the manga artist.

The novel is about a warrior, Guts, and his journey. The manga got famous because of the dark plot and also being full of adult content. But the manga series is also appreciated for the artwork. Miura also used to take long hiatus, like around three to six months before working on the next chapter. However, his work never disappointed the fans. Thus, fans always respected the mangaka’s breaks. The Berserk manga also got an anime adaptation, which aired in 1997. A sequel anime series came out in 2017, and it also released also a movie trilogy covering the plot of 1997 anime. However, fans are now wondering what will happen after Chapter 364. Thus, in this article, we will try to discuss questions going around the internet. What happens in Chapter 364? What will happen to the manga after Miura’s death? Will it remain as an unfinished masterpiece?

What happens in Chapter 364?

The chapter begins with Guts reuniting with the Moonlight Boy. Guts takes the mysterious boy to his friends. Schierke mentions the Moonlight Boy is Flower Storm Monarch, Dadan. However, Dadan appears there and proving the young sorceress’ theory wrong. Later, the black swordsman takes the kid to Casca, who immediately leaps towards and Casca also embraces the boy. Casca also remembers the boy when she was living as “Elaine.”

Later, Dadan mentions that the Moonlight Boy is no ordinary kid, as he possesses a pure od similar to those of fairies. She also reveals the boy has no evil intent, and therefore, he could set foot on the Skellig. Dadan also theorizes that Casca and Guts might have a connection with the Moonlight Boy in some manner. It is their fate that leads the mysterious boy to the magical island. The next day, Danan and the Great Gurus were monitoring the boy. They summarize the boy is not ordinary, but he acts like a normal kid. But he still doesn’t have any ill content. Even the elves and spirits living on the island dropped their defense around the kid. 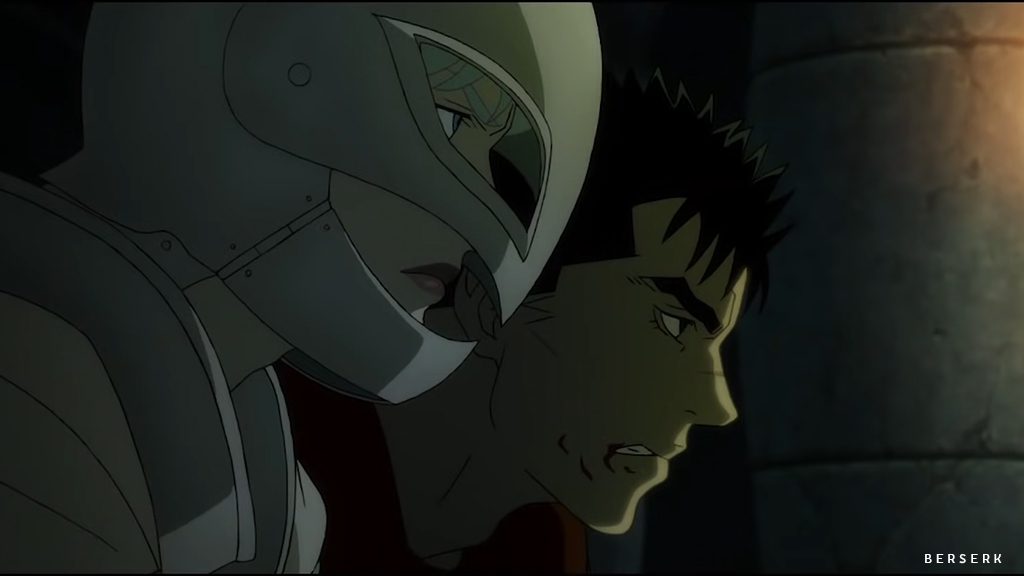 Guts and Griffith from Berserk.

The Moonlight Boy visits Guts, who was training with his Dragon Slayer sword. The boy wears Gut’s armor, and soon the swordsman plays with the kid. Later, Guts takes the kid back to Casca and the others. At night the mysterious boy was sleeping with Casca, who was dreaming about the day when the Demon Child saved her in Albion. This dream wakes up Casca, who sees the boy is not beside her. The boy was sitting outside in the moonlight showing his back towards Guts, and Casca rushes towards the boy. Soon Casca and Guts witness the Moonlight Boy transforming into their old friend turned enemy, Griffith, who was shedding a tear. He says the moonlight night was like a dream where he was embraced by a nostalgic warmth. But when he wakes up, the dream will disappear with a single tear, like morning dew.

What is the future of Berserk?

Berserk Chapter 364 was Miura’s last work. However, it also left fans with many questions like Who is Moonlight Boy? Is Griffith the Moonlight Child? Will we get Chapter 385? So from the last chapter, we can conclude that Griffith is actually sharing the body with Guts and Casca’s child. As we know, Femto raping Casca in Hell corrupted her unborn child with Guts. That corrupted kid looked like an unborn embryo and was called Demon Child. The child protected Casca and Guts on many occasions. However, the apostle Egg of the Perfect World later swallows the embryo. The Demon Child later evolved into an infant inside the apostle Egg, and later Griffith might have used the infant’s body for the incarnation ceremony. Therefore, the two now end up sharing the body, and Griffith transforms into Guts and Casca’s child on full moons. 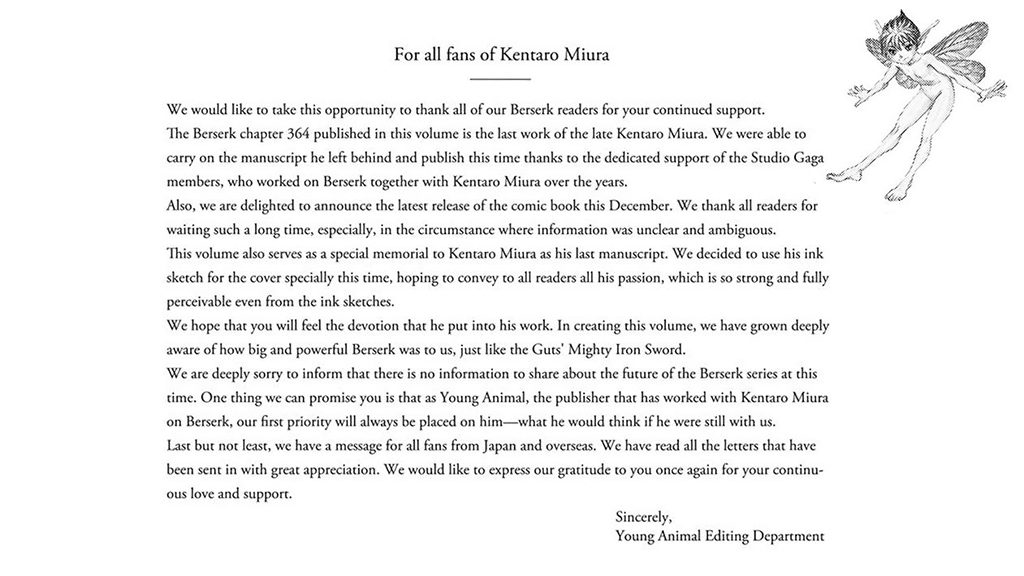 Studio Gaga member, who worked alongside legendary Kentaro Miura, completed the manga. Young Animal, who published the manga series, reported as, for now, they know nothing about the future of the dark fantasy series. Thus, they made Chapter 364 a tribute to Miura, as they used Miura’s ink sketch for the cover instead of proper cover art. Thus, fans can expect this chapter to be the final one in his masterpiece Berserk, which might remain an unfinished masterpiece. However, there are also rumors about his assistants continuing Miura’s legacy. If they do so, the assistants will have enormous shoes to fill in.

Also Read: What Will Happen To Berserk Manga? Fans Wait For Official Statement