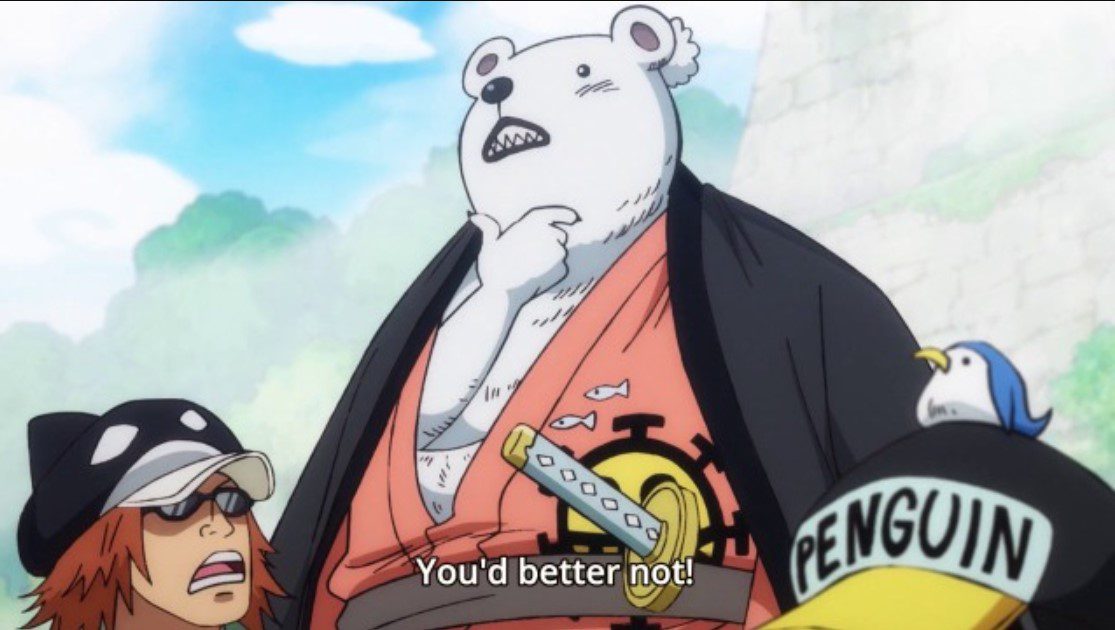 When the One Piece story reached Zou, we got to find out that Bepo is a mink, and this meant that the way we used to view him changed drastically. It did not take long for the One Piece fan base to ask questions related to Bepo Sulong form. Interestingly we have the One Piece SBS where Oda himself answers any related questions, and one fan managed to ask, and we got the answers.

The Sulong form had proved to be formidable, as we had seen it from Carrott and Wanda when the Wano arc was in its early stages. We managed to see the Sulong form of Nekomamushi and Inuarashi pushing Kaidou to transform into his Dragon form and even defeat Jack in the process.

The Mink tribe has proven to have extraordinary powers, as we have seen during the Zou arc and even in Wano. We also know about the Heart Pirates, and at this point, we have only seen Law in action very few times and as one of the Supernovas. We are yet to see his best in the ongoing battle.

Bepo has also proved to be combative, which is one trait of the Mink tribe. But we remain to see him use Electro and transform to Sulong form. These are all traits of the Minks, and they are naturally born with those. So it’s very likely that should Bepo look directly at the full moon, then his Sulong form will activate.

One interesting this about One Piece is that we get some hints and overshadowing here and there. But unless confirmed by Oda himself, then those would only remain fan’s ideas and theories. For now let’s look at what Oda had to say about Bepo and his Sulong form.

Is Bepo The Vice-Captain?

We know that the One Piece fandom always determines some of the things in the anime and manga based on predictions or what has seemed to be the case. This includes considering Bepo as the vice-captain of the Heart Pirates based on the roles that he has been taking in the crew. Nonetheless, we haven’t got much focus on the Heart Pirates to a point where we will have an in-depth understanding of how they work. 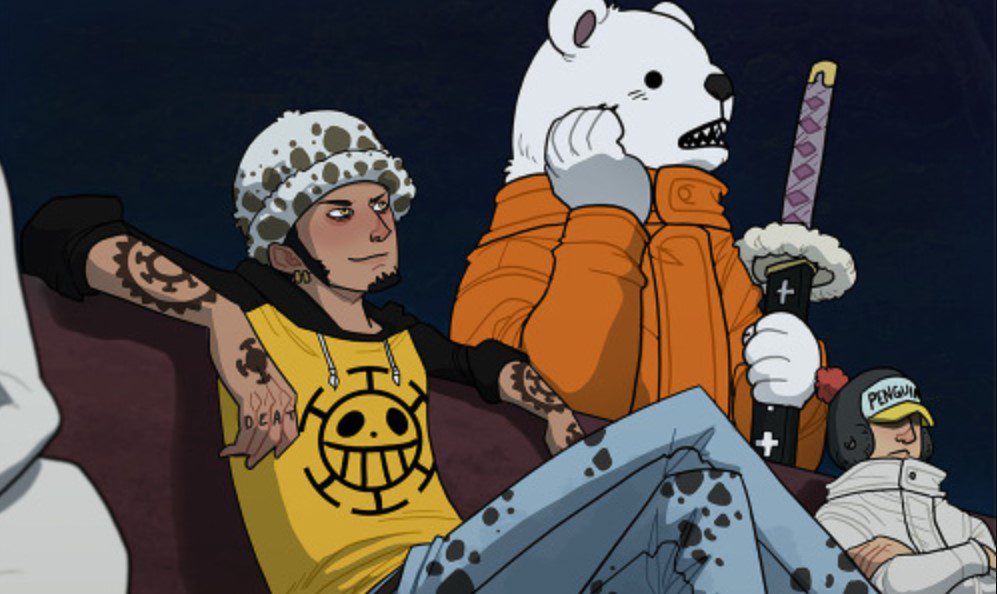 Bepo and his Crew

It’s a goon thing that we also have confirmation from the SBS where Oda himself answered a question directed to Bepo, his Sulong form, and if he could be the Vice-Captain of the Heart Pirates.

In SBS volume 102, one fan asked Oda about an apparent hint that was dropped together with the color spread of Chapter 1031. So they wondered if Bepo was the Vice-captain of the Heart Pirates since the color spread seemed to be dominated by the vice-captains of their respective crew.

Oda answered that the color spread was just a random number 2 from the crews he had picked up. But we got to know more information about Penguin and Sachi as well. Oda said that they are more reliable in normal circumstances compared to Bepo.

So if you were wondering if Bepo is strong or “Does Bepo have a Sulong form,” then it has been confirmed by Oda himself. Oda stated that Penguin and Sachi had seen Bepo’s Sulong form transformation, and they acknowledge his strength in combat as well. So combat-wise, Bepo is superior. But that doesn’t necessarily make him the vice-captain of the crew.

Similar to Zoro in the Strawhats Pirates, he is the second strongest Oda, also confirmed in the same SBS, but he is not the vice-captain of the Strawhat Pirates.

Pirate Crews and Their Vice Captains

For now, it is obvious that the qualities of a vice-captain are not entirely based on strength alone. Even though we know that Oda might be deliberately holding some information here as he doesn’t necessarily answer questions in SBS directly. 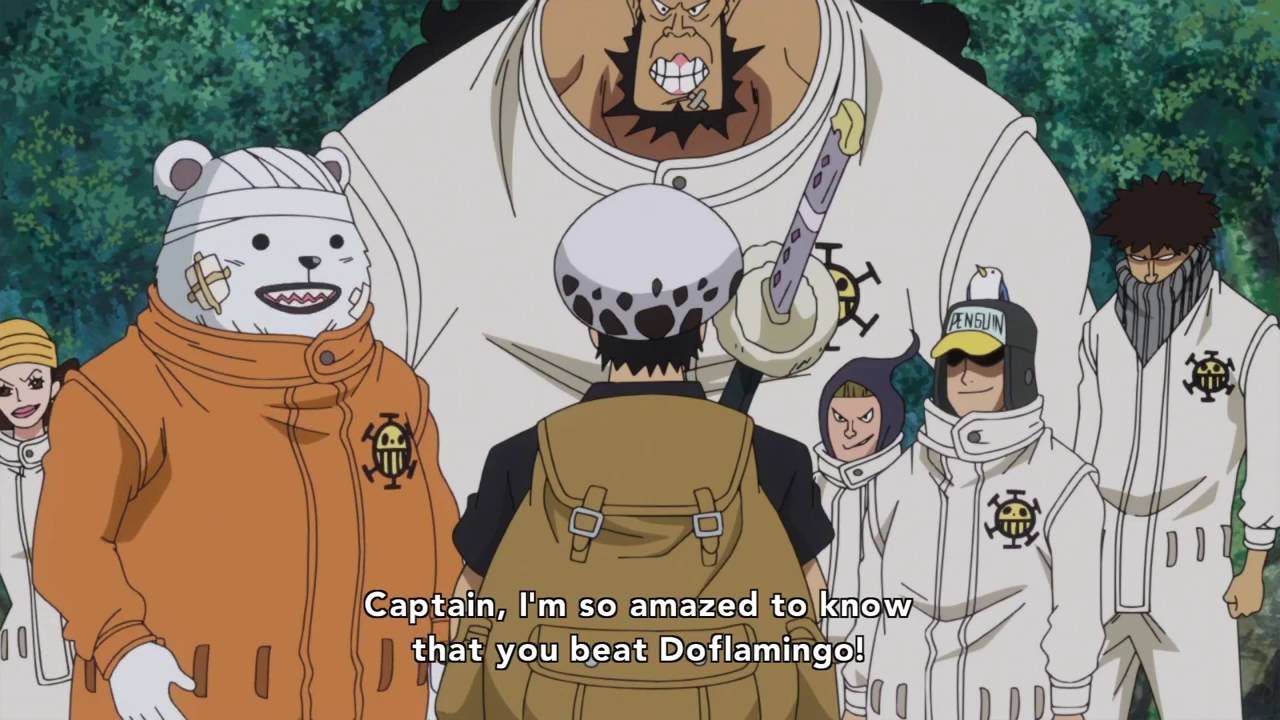 As the mastermind behind One Piece, he might not want to reveal important information about the franchise before seeing it in the manga. So like he always says, we will have to always wait for such events to happen in the manga to be sure of how things will develop. As for now, most things only remain fan’s theories until proven right or wrong by the manga.