Bem is a humanoid monster as well as a hero, then how did he get amnesia? 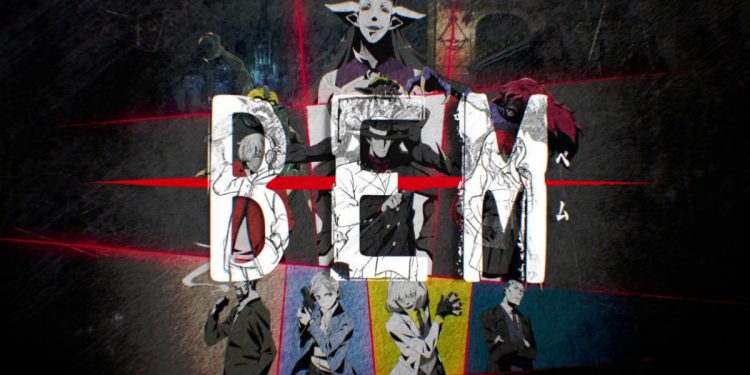 BEM movie Become Human was released in 2020. Bem, Bela, and Belo are three humanoid monsters who have supernatural powers. They can easily dodge bullets. Bem’s power is electricity, Bela can control cold, and Belo can control fire. This action fantasy movie with the thrilling paranormal vibes is a good watch for chilling with friends on a Friday night. This movie is the anime’s sequel, but it can be watched independently as well.

Bem is shown to be a married man with a loving wife and two children. Bela is disguised as a human to get human experience because being a hero since junior high school led her to quit school when everyone came to know about her true identity. Belo is lost without a cause because he’s not sure what he is fighting for anymore.

Detective Sonia Summers wants to find the lost heroes and bring them back. She observes that the antagonist, Doctor Detergent, works for Doraco Chemicals. Her boss warns her not to engage because it is a shady organization. Still, she wants to find the, and especially Bem, because they share a bond, and it was quite unlike him to stay in hiding and not contact. She had absolutely no clue what Doraco Chemicals was doing with him. She got undercover and came to investigate where she Bem, but he couldn’t recognize her at all. She met with Bela and Belo too, who had no clue about Bem’s case because they all had parted after the Libra City arc.

Also Read: Katsuki Bakugo Facts That Every Fan Should Know!

How did Bem get amnesia?

Bem was being fed medication that induced amnesia and led him to forget old memories. This trap was laid out by Doraco Chemicals, who showed him that he was in the public relation of the company, whereas he was secretly being treated as a lab rat or a guinea pig by Doctor Detergent. The night when he had met Detective Sonia, Bem had a panic attack in the middle of the night. His wife handed him the pills and told him that it would help him sleep better. This was the first time he acted as if he had taken the pills. When he woke up, he realized that he was in a lab. Everyone was surprised to see him awake. He stared at Doctor Detergent because he looked familiar, yet he couldn’t recognize him because of the medication he had been taking.

Bem fought with everyone and got out of the lab, reaching the lab where he was born. The effect of the amnesia-inducing medicine slowly died down. He started to remember how he was born inside the lab. All the memories of Libra City, Detective Sonia, Bela, and Belo played into his mind. He wanted to get out of there and visit them. But, he chose to go to his wife first because he needed answers. She was shocked as well as scared to see her monstrous arm.

She sat on the kitchen floor trembling. He asked if she had ever truly loved him. She was speechless. Soon, she recovered and was going to tell him the truth when her ring started shining, and she transformed into a blood-thirsty humanoid monster who had lost his cognitive skills. It was more of the bigger and faster version of the zombie, which looked like a monster.

Also read: Who is the Protagonist of BEM movie: Become Human?

Where can the BEM movie be watched?

The movie can only be watched on Netflix by residents of Japan. International viewers would have to use a legal VPN to watch the movie. The movie is a good watch and clearly gives us a lesson that it’s humans who have hidden some monsters, which lurk deep inside our brains. If not for humans, humanoid monsters would never have been created, and no one would need to get hurt. The animation quality was better than the anime, and the downfall could be that some viewers might not like the mild gore and graphic violence in the movie. The movie started off well, picked its pace, and had a satisfying ending.