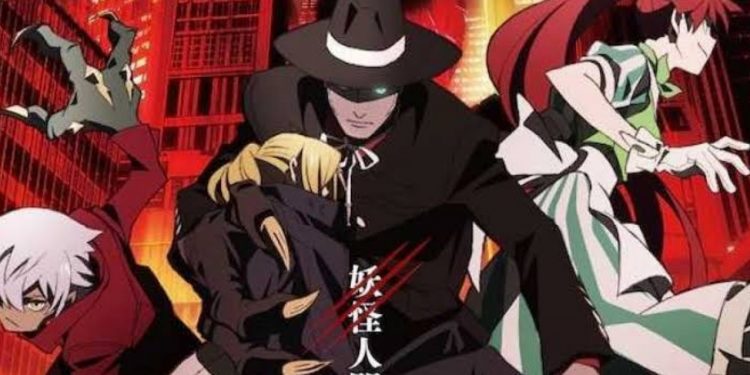 Classic anime delivers the utmost feel of satisfaction at times which new generation anime cannot. Talking about classics is impossible without mentioning BEM, the 1968 horror anime. The classic has one of the most prominent places in the horror genre for its deep story and quite groovy soundtracks. If you have watched BEM, you know what I’m talking about. The anime has been made and remade to fit the taste of fans. But that could still be quite confusing for those who have just entered its fandom. The BEM anime watch order is much easier to remember than it seems to be. Through its reboots and sequels, BEM draws the picture of how the world has changed significantly in terms of anime production.

BEM is an original anime created by Akira Adachi, who also wrote the anime’s script. The story of the original anime is surprisingly overwhelming, which is why it made multiple reboots possible. It was directed by Noburo Ishiguro and Tadao Wakabayashi and animated under their direction at Dai-Ichi Doga studio. The title of the anime comes from one of the three main characters in the show, Bela, Belo, and Bem. BEM ran from October 1968 to March 1969. It was broadcast on Fuji TV.

BEM, with its vintage arts and sinister aura, became quite popular among fans of anime back in the day. In fact, it was so well received that it was brought back to enjoy for the new generation anime fans. Looking for the BEM anime watch order? We’ve got you covered!

The 1968 BEM is the original anime that everything else is based on. Bem was voiced by Kiyoshi Kobayashi, Bela was voiced by Hiroko Mori, and Belo was voiced by Mari Shimizu in this anime. The opening theme of this anime is  Humanoid Monster Bemu, performed by Honey Nights, and the ending theme is Barro wa Tomodachi, performed by Toshiko Yamada, Otowa Yurikago Kai, and Gekidan Komadori.

A sequel to the anime was planned in the early 1980s, but the new staff disbanded the project. It never aired, but the staff did release 2000 LD-Box Set units which were all sold.

Unfortunately, no legal website has the streaming rights for the 1968 anime BEM, so there is barely any mention of the original anymore.

In 2006, the anime received a remake from Asatsu DK. The anime was produced by Studio Comet. It has 26 episodes following the plot of the original quite sincerely. The series was received well among Japanese viewers as they claimed it had a sense of nostalgia attached to it.

The opening theme of the anime was Justice of darkness ~theme of Humanoid Monster Bem, performed by Hiroshi Kitadani, and the ending theme was Hachigatsu no Eien, performed by Minako Yoshida.

To commemorate the 50th anniversary of the anime, a parody short series was released in 2017. The series featured the voices of Kana Kurashina (Bela), Kenta Suga (Belo), and Tomokazu Sugita (Bem). Oretacha Youkai Ningen is a parody of the original series where the three main characters encounter hilarious experiences as Youkai. It was produced by DLE studios.

The most recent reboot of BEM was witnessed in 2019. This series was adapted by Production I.G and LandQ studios with an original story by ADK Emotions. While the concept remains similar to the original anime, the 2019 anime of BEM introduces a new character, detective Sonia Summers who is recently transferred to the outskirts of Libra.

The BEM movie is a sequel to the 2019 remake of the BEM anime. It was produced by Production I.G. The movie premiered on 2 October 2020, following behind the events of the first season’s story. It takes place two years after the events of season 1, and the three Youkai Ningen have been separated. Sonia tries to track them down and finds Belo fighting another organization all alone while Bem suffers from amnesia.

The most recent version of BEM is currently streaming on Hulu and Funimation.

All the versions of BEM revolve around the same backstory of the three Youkai. Bem, Belo, and Bela arrive among humans and seek to become humans. However, the impure thoughts and actions of humans have brought an aura of negativity. As they blend in among humans, they use their powers to protect humanity from these negativities.

Also Read: Watch Order Of K-Project, How To Watch?

What is Nam Joo Hyuk’s Net Worth? Early Life, Career, and Earnings in 2022