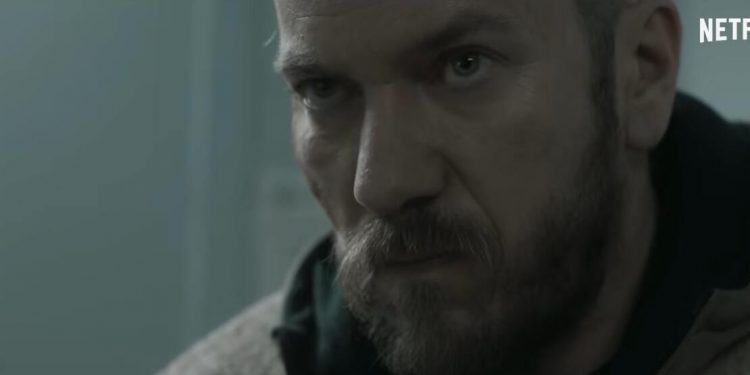 The 2021 Spanish film is one of the best action thrillers of the year. Below Zero (Bajocero in Spanish) was an overnight hit on Netflix! Directed by Lluís Quílez, Below Zero centers around justice & vengeance. Spanish director Lluís Quílez creates an atmosphere with a string of twists & turns. Justice always has the upper hand against revenge in both cases, the virtual world and the real world. But sometimes, the law has to hide behind the spirit of vengeance. Below Zero radically explains that sometimes justice is served only when revenge is complete! Let’s now explore all that went down during the Ending Of Below Zero!

The main cast of Below Zero includes Javier Gutiérrez, Karra Elejalde, and Luis Callejo. Written by Fernando Navarro, the crime thriller’s running time is 1 hr, 46 mins. Distributed by Netflix, the film premiered on January 29, 2021. After its release, Below Zero got viewed by 47 million Netflix viewers in the first month! The ending of the surprise hit left many viewers baffled! The ending was outstanding, leaving many fans amazed. While some viewers still have questions! The questions have arisen due to a series of twists and turns.

Only three people survived the showdown. The scene is exactly like it was in the ending of “The Good, The Bad & The Ugly.” Javier Gutierrez, Karra Elejalde, and Patrick Criado put up a splendid performance in the finale. The characters who survive till the end are Martin, Miguel, and Ramis. So let’s dive into the Ending Of Below Zero!

Below Zero Ending Explained: Miguel Gets His Revenge?

The person who had caused havoc in the first place was Miguel. He was the one who had invaded the truck. Miguel was all through aiming his gun only on one person, that was Nano. Miguel was firing bullets at Nano from his car. He was the one who assisted in the prisoner’s escape. Miguel also helped Martin to escape from a dangerous situation. Martin was a cop who believed in truth and justice. He would never let any criminal roam free. Martin would also do this best to provide justice to the innocent. While Miguel was shooting at Nano, Martin asked Miguel to stop the firing. Miguel points the gun at Martin tells him to leave. In short, Miguel had no interest in being a criminal. It was all about getting his revenge.

Once Martin forces Miguel to explain, Miguel reveals the terrible crime that Nano committed. Nano had killed his 13-year-old daughter, Sole, but never got arrested. Sole went to a fest where Nano was present. Nano made her drink alcohol. Later on, he and his friends sexually assaulted his daughter. They took her to their car and tormented her with pliers, bottles, and cigarettes. It was not long before Sole gave up on her life. The most heartbreaking thing was that Sole’s body was still missing.

Miguel shouted at Martin, telling him only Nano knew where is her body. He added, “That kid (Nano) is in and out of the jail like a ****** yoyo.” Martin helped Miguel to force Nano to reveal Sole’s body’s location. After Nano taunts Miguel, Martin starts shooting at his body, giving him a final warning. Nano finally tells that Sole’s body is in a well.

Did The Prisoner Ramis Survive The Bloodshed Of Bajocero? Summarizing The Ending

The good-hearted thief Ramis survived the entire calamity of Below Zero. His life was hanging from a cliff. Ramis got stuck in freezing conditions, but his lucky charm had his back! Fair to say, Ramis deserved to live his life! He and officer Martin understood each other’s point of view. Even though one was an officer and the other was a prisoner, they saw each other as equals. On top of that, Ramis was quite a loveable character! Ramis saved Martin’s life in the end while he was drowning in the sub-temperature. Martin allowed Ramis to live for another day, as he was set free. The police officer even asked Ramis about his plans. Ramis revealed that he would open a restaurant in the Dominican Republic. He had also thought of the name- Fandango!

The conclusion of Below Zero indicates to us how much the Judicial System is lagging. The Spanish film produces an environment full of bloodshed and darkness. The action thriller has a lot of violence involved in every scene. But the purpose is to demonstrate how many times justice has failed us. Miguel & Martin had to take matters into their own hands. If they hadn’t interrupted, many innocents would have died that night. Prisoners like Ramis, Rei, and Gollum would never get a chance to prove their innocence and would get imprisoned. Monsters like Nano would be left free because of having no evidence of his crime. That’s all for the final scenes of the Spanish Crime Thriller. Below Zero Ending Explained!