Below Deck Season 9 Episode 8: What Lies Ahead For Jessica? 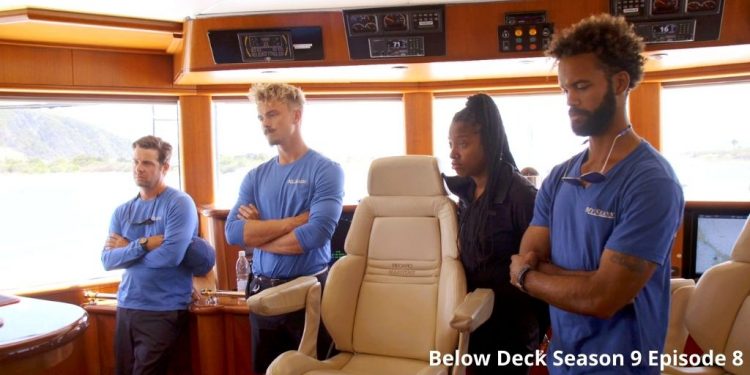 Things are about to get exciting as well as intense on Below Deck Season 9 Episode 8. Whereas the previous episode saw a lot of emotions pouring over the deck. Things were getting difficult for Jessica as Fraser and Heather talked about getting Jessica another responsibility instead of laundry. In addition to that, Fraser made Jessica look even worse when he completely transformed the look of the laundry room in a good way. Meanwhile, it all continued to the point where Jessica was literally questioning her worth in this crew.

On the other hand, the deck crew started to mess things up on the second day of the new charter and embarrassed Eddie and Captain Lee. Furthermore, all of this caused Eddie to get furious. But the question was, did they make things better at the end or make it worse? The American reality tv show has been quite a hit since it first kicked off on 1st July 2013. Moreover, the success of the show has made way for several spin-offs to the show.

After the success of eight seasons, the show is back with the ninth season that premiered on 25th October 2021. Coming to the star cast of the show, it includes, Lee Rosbach, Eddie Lucas, Rachel Hargrove, Heather Chase, Fraser Olender, Jessica Albert, Jake Foulger, Rayna Lindsay, and Wes O’Dell. The ongoing season is going strong till now and the viewers are now eager to watch Below Deck Season 9 Episode 8. However, let us first take a look at all of the drama that took place in the previous episode. 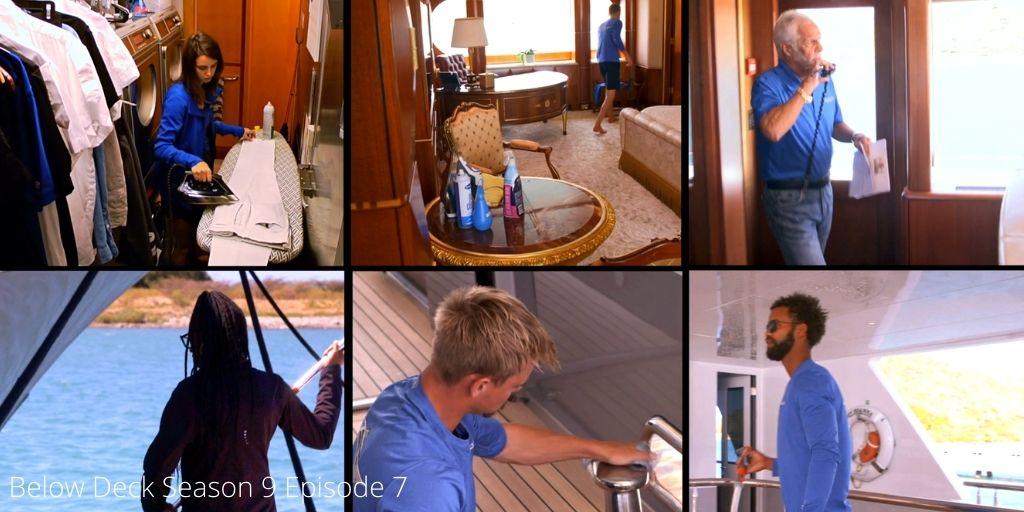 Episode 7 of Below Deck Season 9 came out on 6th December 2021. Moreover, the episode was titled “Plenty Of Jake To Go Around!”. The episode began with the crew members telling Fraser and Jake about their wild adventure light night which was both of them making out with each other. They both couldn’t believe that they got so wasted but they eventually shook hands calling it a casual fun night. Meanwhile, Captain Lee called a meeting with Eddie, Heather, and Rachel to discuss the guests of the upcoming charter.

Starting first thing in the morning the next day, Heather switched up Jessica and Fraser’s role to get Jessica to work better and efficiently. Soon the guests started to arrive and the deck crew finished setting up the water slide and the water toys just in time. After Heather gave the guests a tour of the yacht, they went to enjoy the fun activities that the crew had lined up for them. Meanwhile, the crew started getting things ready for a special party that the guests have asked for.

On the other hand, Jessica was not working as per Heather’s expectations which was making her crazy. Whereas, Jessica was not willing to become the super stew that Heather wanted. However, Jessica was pumped up once again the next morning to give it her best. The breakfast service and everything else went perfect which was a relief. However, things got bad fast when Wes messed setting up the water slide and Eddie lost his mind for that embarrassment in front of the guests. Additionally, Jake and Rayna started arguing and the guests heard them which was another embarrassing moment, especially for Eddie.

“Below Deck Season 9 Episode 8 will release on 13th December 2021 at 9 pm ET on Bravo in the United States.” Moreover, the episode will be titled “Compliments Of Captain Lee’s Travel Agency”. The next episode will see Captain Lee giving the deck crew a final warning to get their work in order. Meanwhile, Heather will once again tell Jessica about her way of doing the work. On the other hand, we might get to see some flirtations going on between Jake and Heather. So stay to find out what happens next.

How To Watch Below Deck Season 9? Streaming Details

The reality tv show is once again raising the excitement levels of the viewers with the latest season. That is why the viewers are eager to know where to watch Below Deck Season 9? That question has a simple answer to it. “Below Deck Season 9 airs every Monday at 9 pm ET on Bravo in the United States.” Whereas the viewers can watch the show on Youtube TV as well. On the other hand, the first seven seasons are available to stream on Amazon Prime Video.

Also Read: Below Deck Mediterranean: Who Is Malia’s Boyfriend After She Broke Up With Tom?

Bill Skarsgård’s Net Worth: The Actor Is All Set To Star In John Wick Chapter 4!

Will Mission T Retrieve The Shards Of Tesla In Tesla Note Episode 12?