The fans and viewers are looking forward to the release of Below Deck Season 9 Episode 2. The popular American reality television series has finally arrived with a new season and has got the fans intrigued. In addition to that, there will be new faces joining the crew on the ship that has got the fans excited as well. Everyone is looking forward to seeing what happens in the season. The series has been quite popular around the world for its concept.

There are a lot of people out there who often think about how is the life of the crew members who work on a superyacht. Well, this series gives us a good look at that and how the crew members on that particular superyacht cope up with the professional work while also managing their personal life situations. The reality tv show first came out in the year 2013 on 1st July and was well received by the viewers. Although, the show did not impress the critics that much and managed to score mixed reviews.

But still, the show has been going strong as the fans and viewers like it a lot, and that is what matters to make a show successful. The success of the show has even made way for two spin-off series titled “Below Deck Mediterranean” and “Below Deck Sailing Yacht”. The American television producer Mark Cronin has developed Below Deck, along with Rebecca Taylor Henning and Doug Henning. Furthermore, Mark and Rebecca are the executive producers on the show as well. The ninth season of the series has premiered on 25th October 2021, and the viewers are now excited for Below Deck Season 9 Episode 2. However, let us first take a recap of the first episode in this season. 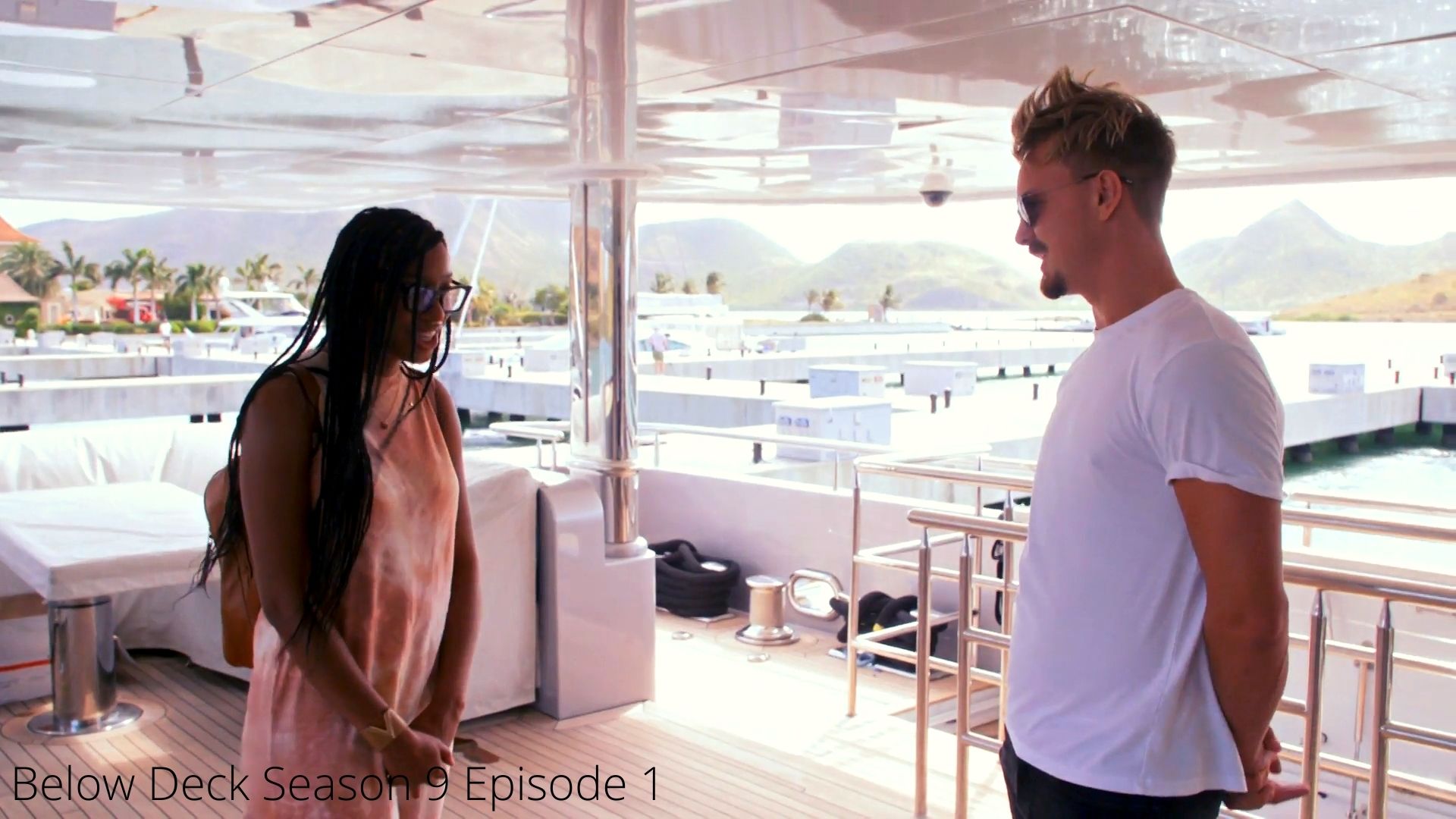 Episode 1 of Below Deck Season 9 came out on 25th October 2021. Furthermore, the episode was titled “One Step Closer To World Domination”. The episode began with Eddie Lucas arriving on the ship as the first officer. He met the onboard captain Sean Meagher, but the other captain named Lee Rosbach, had not yet joined due to health issues. Then we saw Heather Chase join in as the Chief Stewardess. Eventually, Fraser Olender and Jessica Albert arrived on the ship as well and were appointed the positions of 2nd Steward and 3rd Stewardess, respectively.

Then we saw Rayna Lindsay, Jake Foulger, and Wes O’Dell arrive on Deck, and they all took up their positions of Deckhand. All the crew members met each other and settled in their rooms. Finally, Captain Sean took a meeting in the sky lounge to discuss the work on the ship and how he likes to get things done. Things got a little awkward when he told everyone that he wouldn’t tolerate any stupid mistakes and would straight-up fire them. Later on, the Chef of the ship named Rachel Hargrove arrived as well.

Finally, everyone started getting things managed on the ship as the charter details about the guests arrived. It was an all-women group that would love to have food and parties. They all arrived the next day, and the ship finally left the shore. Day one of the charter went quite well, even though things looked a little unplanned. The second day of the charter started to get into Eddie’s nerves as he was not like Captain Sean’s work at all. He was desperate to get Captain Lee back. Meanwhile, Fraser and Heather started to have some small problems with each other as well.

“Below Deck Season 9 Episode 2 will release on 1st November 2021 at 9 pm ET on Bravo.” The first episode of this season has already got the viewers excited for the next episode. Furthermore, the episode will be titled “Boat Daddy”. The next episode will again bring in a lot of drama as the true colors of the crew members will start to come out as they feel the pressure. Meanwhile, Eddie will have to tolerate Captain Sean until Captain Lee comes back. We will also see the crew set up a private beach lunch for the guests and make it successful. Therefore, stay tuned for the episode arriving on Monday.

The American television reality show has arrived with the ninth season and the viewers are excited to watch it. That is why they are searching about where to watch Below Deck Season 9? Well, the answer to that question is quite simple. “Below Deck Season 9 airs every Monday on Bravo at 9 pm ET.” Furthermore, the show is available on the official website of Bravo TV. Other than that, the show is available to stream on Youtube TV as well. Meanwhile, all the previous seasons of Below Deck are available to stream on Amazon Prime Video. So go ahead and binge-watch the series if you haven’t already.

Alex Greenwood Boyfriend: Who Is The English Footballer Dating?

Alex Greenwood Boyfriend: Who Is The English Footballer Dating?