Here, we will discuss the details and release date of the upcoming episode 3 of Below Deck Sailing Yacht Season 2.  It is the second season of an American reality television series of television cable network Bravo. The show is a spin-off of the ongoing reality series “Below Deck”. Below Deck airs on the same network and follows the same theme of Below Deck Sailing Yacht. The first season premiered on 3 February 2020 and ended with its seventeenth episode on 25 May 2020. Following the adventures of the first season, with new cast members, except Glenn Shephard, season 2 of the series premiered on 1 March 2021.

The show explores the adventures of the crew members who work and reside on a sailing yacht during a charter season in Greece for the first season. The second season, however, features the lives of new crew members sailing around Croatia. Glenn Shephard returns on the show as the Captain. Other than him, every crew members are different from the first season. This season, Colin Macrae is the Chief Engineer, Gary King is the First Officer, Natasha De Bourg is the Chef, Daisy Kelliher is the Chief Stewardess, Dani Soares is the 2nd Stewardess, Alli Dore is the 3rd Stewardess, and Jean-Luc Cerza Lanaux and Sydney Zaruba are the Deckhands.

The title of the episode is “Nookie Mistake” and it aired on 8 March 2021. In the previous episode, we see Jean-Luc trying to rebound after losing two guests. However, he is clearly incapable of doing so due to his inability to sleep in his undersized bunk. This hampers his work as well as makes him irritable to everything.

We will also see four very demanding guests who will prove to be quite challenging for the crew. An issue with the sail will make Gary more frustrated with Jean-Luc, and the former will demand a bunk swap. Moreover, a guest will wake up with a fever, worrying the crew about the fate of their season. 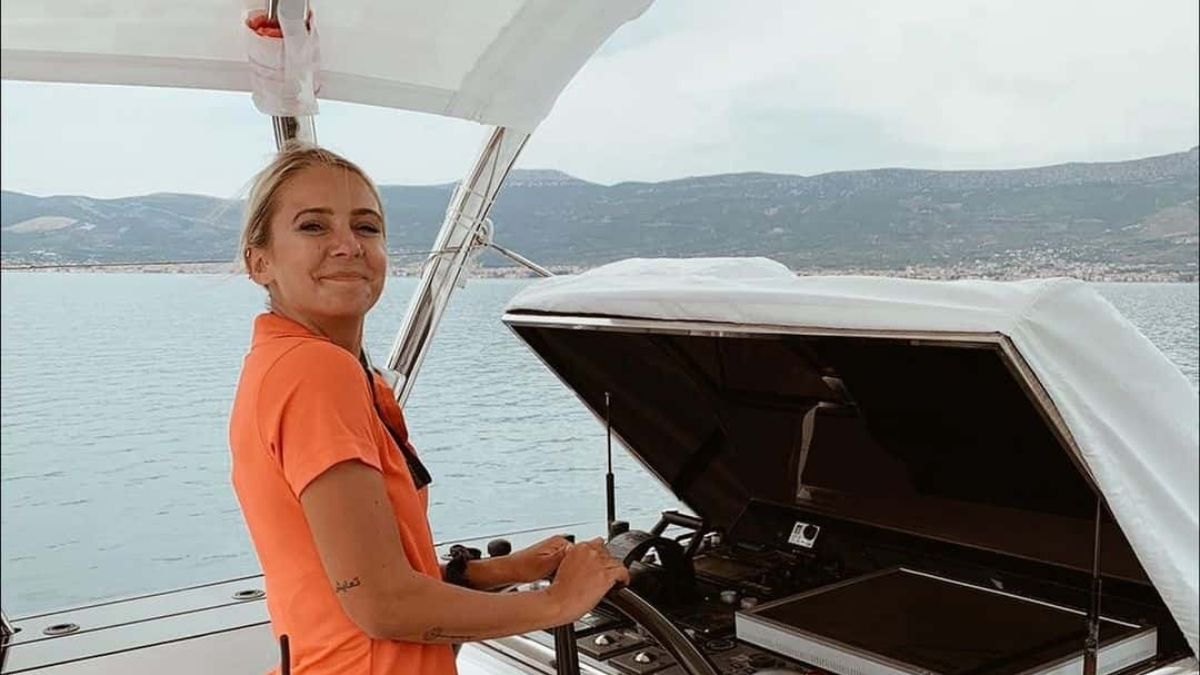 In the evening, the crew entertains the guests with a rock party of 80s theme. Later, Chef Natasha and Chief Stewardess Daisy get into an argument concerning pita bread. Also, Captain Glenn pushes the boat during a lively sail. The primary charter guest, Nikki’s father, makes a guest appearance and blesses the group with favorable winds. Also, the crew parties hard on their first night off and drinks a lot. First officer Gary and Deckhand Sydney sneak into the guest cabin, where Gary promises her that this won’t be a season-long romance but just a one-night stand.

Also Read: What To Expect From American Gods Season 3 Episode 9?

What to Expect from the Upcoming Episode?

The title of the episode is “Smoldering Secrets”. According to the official synopsis of the episode, we will see the hungover crew of the Parsifal as they try to piece together what they did on the previous night. Moreover, Dani will do some sleuthing, and Gary and Sydney will downplay their hookup. Also, in the upcoming episode, we will see Daisy’s growing frustration with the crew when she finds out that they are using the guest areas that have already been cleaned.

The COVID-19 pandemic affected the entertainment industry tremendously, and many shows and movies had to suffer tremendous losses due to delayed filming. However, despite many TV shows delaying their episodes due to incomplete filming, Below Deck Sailing Yacht is keeping a consistent flow as of yet, with every episode releasing on Mondays. The release date of Below Deck Sailing Yacht Season 2 Episode 3 is 15 March 2021.

The show airs on the American television cable network Bravo every Monday at 9/8 pm CST. However, the broadcast is only available in the United States. However, for those of you outside the United States, the show is available for streaming on the official website of Hayu. The website is available in many countries of Europe, including the United Kingdom, Ireland, Sweden, Denmark, Norway, Finland, The Netherlands, Belgium, and Luxembourg. Other than that, the Hayu streaming website is also available in Australia, Hong Kong, the Philippines, Canada, and Singapore. You can also stream the show on Amazon Prime Video. Moreover, you can buy the episodes of the first season on Apple iTunes and Google Play Movies & TV.

The Professor and the Madman Review

Where Is The Movie Unforgiven Filmed? Filming Locations And Plot

Where was the movie Unforgiven filmed? If at all you're looking for a 90s Western that immaculately portrayed the beauty...

‘The King’s Affection’ Episode 10: Release Date, How to Watch & Recap