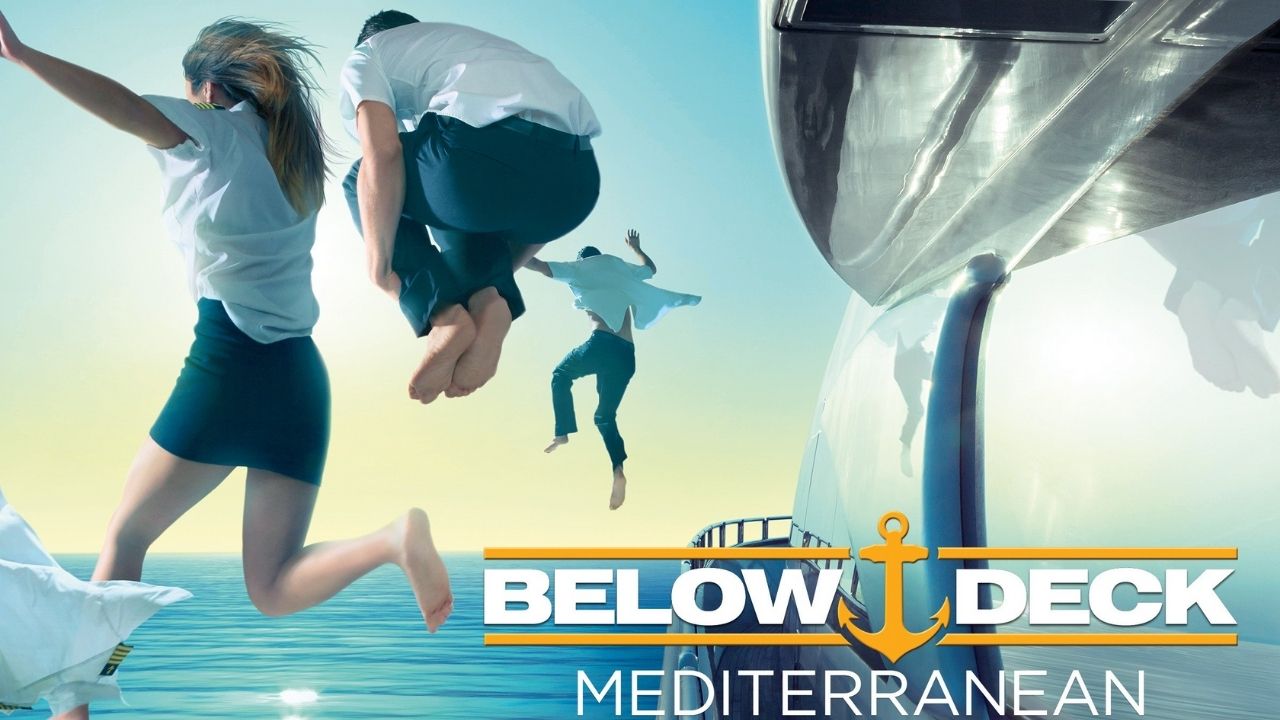 Below Deck Mediterranean Season 6 Episode 12 will be covered in this article. The upcoming episode is going to be another one full of adventures and other interesting stuff. The American reality television series first premiered in the year 2016 on 3rd May. It has been quite a hit among the viewers since then and has managed to grow in regards to the number of viewers. The series is a spin-off of the show titled “Below Deck” that first premiered in 2013 on 1st July. The success of that series inspired the show makers and producers to announce another series with the title “Below Deck Mediterranean”. The concept of the show follows the lives of some crew members who work and live on a superyacht. These superyachts are usually longer than 150 feet having all the luxurious amenities onboard.

The crew members have to work around the clock to keep the guests entertained while also maintaining the yacht. There is a lot of drama and adventure as well since this is a reality show. Therefore, this keeps the viewers intrigued and excited for every episode in the series. Below Deck Mediterranean has been filmed at different locations for different seasons. The first season was filmed in Greece, the third season in Italy, the fourth season in France, and the fifth season in Spain. Meanwhile, the second season and the ongoing sixth season are filmed in Croatia. Also to note, the show is shot during the character season. This gives a more realistic experience to the crew members and the audience as well. Let us take a quick recap of Below Deck Mediterranean Season 6 Episode 11 that aired recently.

The crew members of Below Deck Mediterranean Season 6

Episode 11 of Below Deck Mediterranean Season 6 was released on 30th August 2021. The episode was titled “Should I Stay or Should I Go” and had the fans on the edge of their couches. The episode begins with a storm in the sea that changes a lot onboard. They have to drop the anchor as they cannot move forward in the storm. However, the biggest challenge now is to keep the guests entertained.

The storm shuts several planned activities for the guests. Therefore, the crew members try to come up with creative ideas to plan new activities on the yacht itself. On the other hand, we see the crew members adjusting after the arrival of Delaney. The male crew members David and MZI dress up as firemen to entertain the guest ladies onboard. They also organize a game of beer pong to keep the fun going. 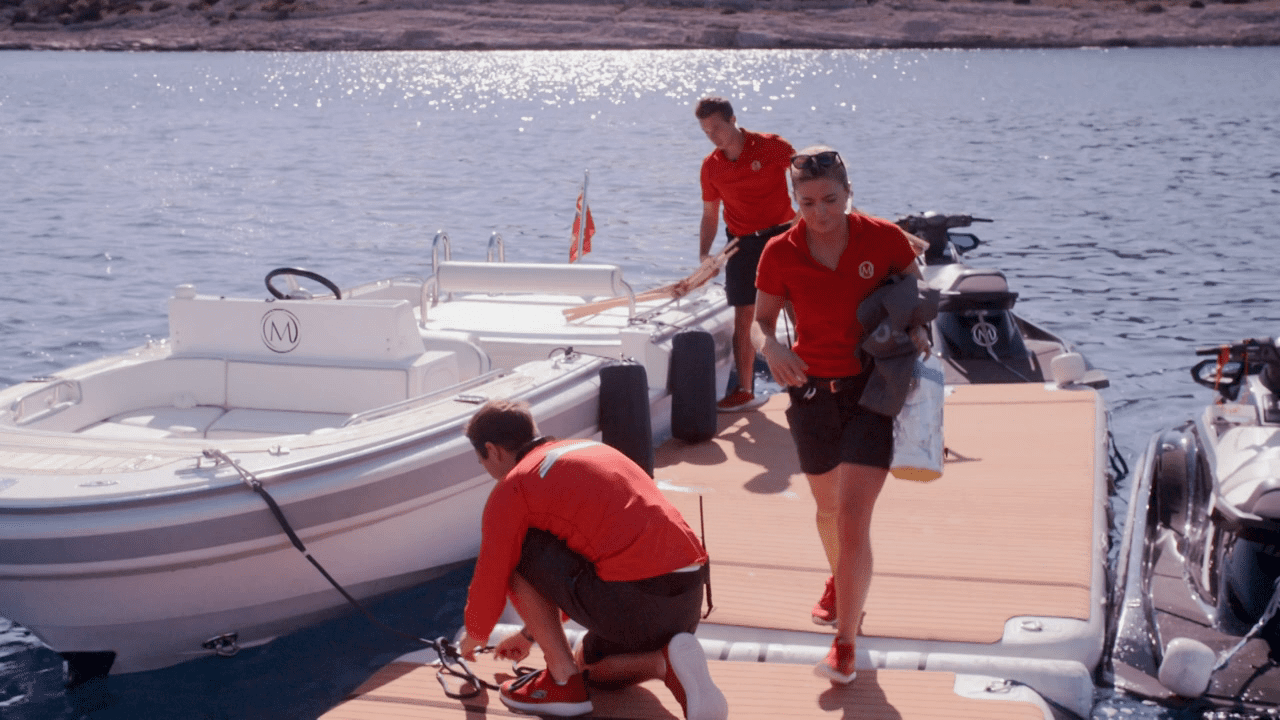 A still from Season 6 Episode 11

We see our brilliant chef Mathew struggling to cook with his burnt fingers. On the other hand, we also see Mathew trying to convince Katie to fire Delaney. Then we see the crew organizing water slide activities and jet skiing in the sea. They also prepare a beach party for the guests at a short notice and manage it amazingly. Meanwhile, the drama around having Delaney still goes on. Some of the crew members are seen against having an extra stewardess when there is no need. Things also get interesting when David gets flirted on by some of the lady guests a rather too much. Although, everything goes fine by the end of the episode.

Below Deck Mediterranean Season 6 Episode 12: When Will It Release?

Episode 12 of Below Deck Mediterranean Season 6 has been released on Monday 6th September 2021. The episode is titled “Don’t Go Chasing Waterfalls” and it brings a lot of surprises. The episode is going to feature the crew members enjoying and partying with each other after bidding adieu to their guests. They go to different places to have some fun and have relief from their stressful routine during the charting days.

In addition to that, we will see some surprising moments. One of the major ones being MZI expressing his true feelings for Courtney that will make the episode a lot more interesting. Furthermore, some piled-up tensions between Mathew and Lexi will blow up in front of everyone. On the other hand, David will get closer to Delaney and one of the crew members will suffer a brutal injury. Since the episode has been released recently, fans would love to catch up on that. Below Deck Mediterranean is available to watch on its original airing service Bravo. It is also available on the official site of Bravo. In addition to that, viewers can stream the show on Amazon Prime Video and Netflix as well.