The world of social media and virtual reality governs our lives, and Hosoda’s Belle proves to be the living and breathing image of such a world. The movie deserves credit for its breathtaking and hyper-realistic animations. Belle perfectly portrays the woes of modern teenage life. It even took it a notch further with meta-verse-like concepts. Belle is said to challenge the standards of Disney and even exceed them in certain aspects. The movie delves into the parallel world of U, which has a whopping population of five billion people. The protagonist of the story is Suzu, an introverted girl trying to get popular through U.

The world of U undoubtedly stands for modern-day social media applications. It invariably shows how crucial it has become to keep an online image and the need for an appraisal. Suzu has lost her mother in a very tragic incident during the early stages of her life. However, through the flashbacks, we get to know more about her. Suzu’s voice is given by Kaho Nakamura, an original singer/songwriter.

The world of U grants the real people an escape from reality. It is an ideal world where people disguised as their avatars are free to do almost anything they wish. However, there has been a mixed response with the Belle movie reviews. What have people pointed out as the flaw? All of it has been discussed in this article.

Belle has topped the charts of every popular review site. Rotten Tomatoes and Metacritic have all praised Hosoda’s efforts. Even though there appears to be minor flaws with story-telling, Belle’s animation has been the talk of the town. People have called it an adaptation of Disney’s Beauty and the Beast. No doubt people have done that cause Belle has been heavily influenced by the Disney characters.

Even the famous Jin Kim, the animator of Frozen, is said to work in this movie. Even though the debates about how successfully Hoshoda could tell his story have scarred social media, nevertheless, fans have liked it. Even though it might come off as a surprise but, Belle could have done a better job with its narrative. For me personally, it is the animator’s and music producer’s win after all. The soundtracks of Belle are equally good.

Also read, Will There Be A Bastard Anime Adaptation?

Suzu belongs to a small quaint village. She is a regular shy high school kid. But hides a dreadful past. While still a child, Suzu suffered the loss of her mother. Although everything changes when she enters the virtual world of U. Bringing more focus to the metaverse concept, U is an interactive and ultra-popular social media platform. U is an online playground where people can be what they desire. People at U can take to a form of alternate identity that lets them express their inner selves. U is bubbling with about five billion registered avatar-based users.

The main character Belle, however, creates for her an enigmatic singer named Bell. Bell is the perfect picture of a Disney princess. Considering her pink hair and the ability to sing like a pop-star, Suzu’s life at U is quite the opposite of that in the real world. She can easily express herself through her character Bell. As everyone wonders who can be the real person behind Bell, her arena concert is destroyed by an unknown wolf-headed character. While everyone is frightened, Suzu, along with her best friend Hiroka, must find out the truth behind this beast.

Belle in the Cannes

Belle movie reviews largely vary. Even though Belle is considered by many to be a loose adaptation of the Beauty and the Beast story, it has made its mark in the world of movies. Hosoda’s Belle received about a 14-minute standing ovation at the Cannes Film Festival. However, Japanese movies have featured in such film festivals before. For example, Shoplifters received the Palme d’Or just three years ago. Only it is rare to see any anime movies here.

The film was said to have stunning graphics. No doubt it was the work of Jin Kim, the former Disney animator. He has worked on projects like the Frozen, Big, and Hero 6. However, more than that, Hosoda, the director, has been praised. His portrayal of society and today’s youth gives us an image of what could be in the future. 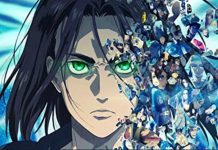 Was Attack On Titan Ending Changed? 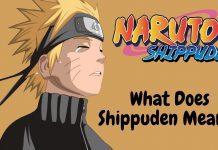 What Does Shippuden Mean in Naruto Anime? 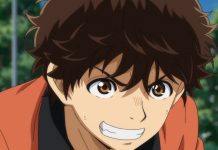