Who is the new girl Beenie Man has been recently spotted with. 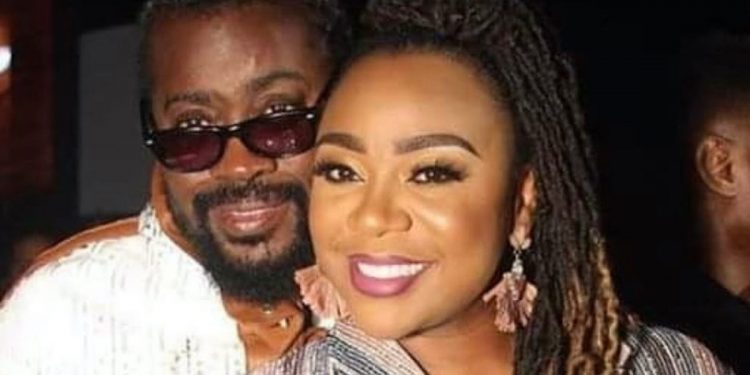 Beenie Man is also known as Anthony Moses Davis, is a Jamaican dancehall DJ. This DJ has gained fame for his dope mixes and beats. However, most of his fame came from being involved in controversies and scandals. Some of his works that have been quite popular are “Bossman”, and “King of Dancehall”. He is still releasing music that is quite popular among the dancehall genre. However, what would intrigue any fan or person who is following his music, is who is Beenie Man dating?

Beenie Man has been in the industry even before the 1990s. However, he came back in 1990 with a bang. Since then, his popularity has been on the rise. People keep on listening to his music from all over the world. His fame also rose when he collaborated with big names like Dennis Brown, Janet Jackson, and many others. All these collaborations helped him to get relatively high on the charts. However, the legal issues that he had to face because of some of his lyrics were also one of the main reasons why people started to be interested in him.

Who is Beenie Man Dating Now?

If you follow the life of Beenie Man, you will be pretty surprised to know about his dating life. At present, Beenie Man is allegedly dating the model Camille Lee. However, this is relatively recent, and it is still under speculation. Beenie Man has recently broken up with his former girlfriend, Krystal Tomlinson. People were shocked when a small TikTok video of Camillie Lee went viral with him. It has been just a few days since their breakup occurred, and people are still wondering how he could move on so fast. However, looking at his dating history, this was no surprise.

Beenie Man is notorious for his affairs with women. He was first married to Michelle “D’Angel” Downer, a Jamaican model, back in 2006. However, they separated in 2007 and finally got divorced in 2011. However, quite soon after his divorce, he was seen with another person. She was Krystal Tomlinson, who had managed to get a hold on Beenie Man’s hearts. Fans were speculating that they might be the end game. The hype rose when it was found out they gave birth to a girl in 2018. Unfortunately, the bliss did not last for long, and they broke up just some two weeks ago. What shocked the fans was when he was seen on another model’s Instagram. Camille Lee and Beenie Man were seemed to be quite intimate, and people immediately understood that the model was the new person that Beenie Man was dating.

Also Read, Josh Bryant Engagement: Who Is The American Guitarist Dating In 2021?

Born on August 22, 1973, Beenie Man has been into music ever since he was a toddler. He was not interested in his school and had started to learn about music from a very young age. He started his debut with “Too Fancy” in 1981 and then his first album was released in 1983 named “The Invincible Beenie Man: The Ten-Year-Old DJ Wonder”. However, he started to grow his career after the 1990s. Since then he has been on the rise, winning tons of awards and titles. His latest song that had creates a huge hype was “Nobody Knows” in 2006.

After all the calculations, it has been estimated that his net worth is around $4 million.

Though much is not revealed about his early life, Beenie Man has definitely shared the inspiration behind him getting into the industry. Beenie Man was influenced and also helped by his uncle Sydney Knowles. Knowles was the drummer for Jimmy Cliff, who was another big name at that in Jamaican reggae. This helped him to get into the music world at a very early age. As he grew up he wanted to make his own music, hence when he was just 10, he released his own album. However, he did not release much music after that as he felt he had more to learn. Therefore, he came back stronger in 1990 with his talents more groomed.

Also Read, Who is Ashanti’s Boyfriend? All About The Singer’s Dating Life