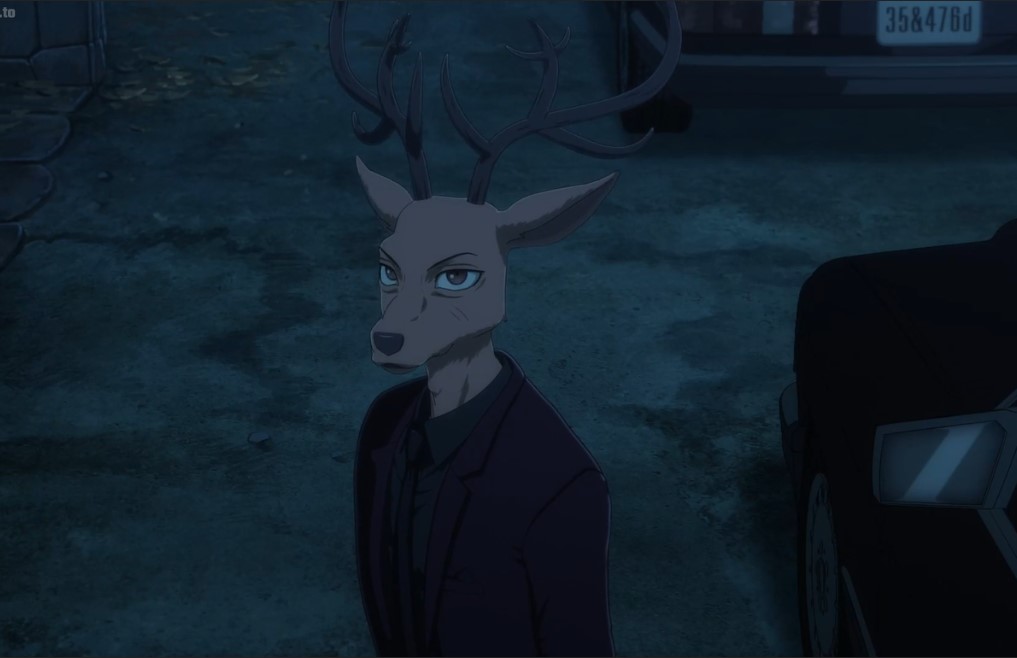 Legosi has visited the forest to collect the insets that will give him the power of nature. He is preparing for his upcoming fight with Riz. Legosi wants Riz to pay for killing Tem. He realizes that Riz might be a threat to the club and other students. Legosi wants to create a society where carnivores and herbivores coexist. Legosi heads back to Gouhin, and they perform a ritual for his upcoming fight.

Gouhin advises Legosi on how he will counter Riz since it is his last fight. Meanwhile, Ibuki and Louis are busy with their business. Ibuki notices that the boss is bothered by something. Boss wanted to tell Ibuki the truth, but he couldn’t, and Ibuki is planing something. He is just waiting for Louis to tell him the truth. Ibuki tries to question Louis, but Louis told him to head to the restroom.

Legosi ate the insects to gain the power of nature and the wild. But he regrets he is eating someone for the first time. The insects communicate with Legosi. It told Legosi not to retreat after eating it since it is a matter of life and death. After eating the insects, Legosi realizes that he can’t win this battle alone, and there is someone he wants to invite to watch the battle. He talks with Gouhin for the last time and heads out to met someone. Meanwhile, Louis is at the bar with Ibuki.

Ibuki wanted Louis to drink more alcohol so that he will reveal the truth. Louis refused and said he will have water and told Ibuki to give him some time alone. Ibuki went and sat away from Louis to see how things will go. Legosi arrives in disguise, and Louis was like, who the hell is this chick. Louis looks at Legosi, and he is embarrassed to find that Legosi is dressed up like a lady. 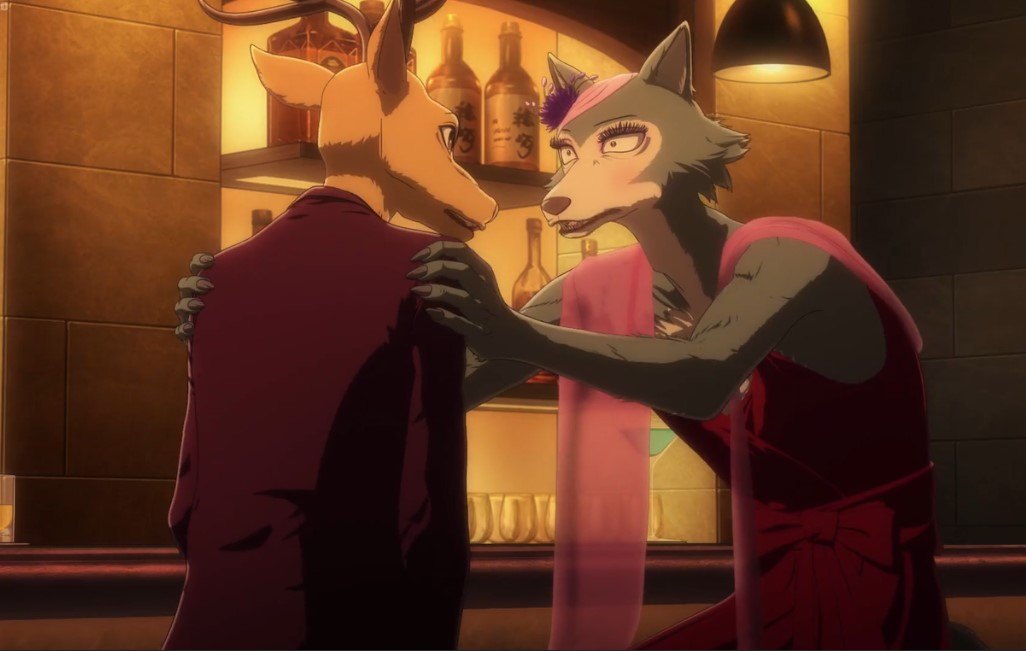 Ibuki notices that, but he doesn’t know that it is Legosi. He thinks that it is just a lady trying to hit on his boss. Ibuki notices that the lady is too ugly. He thinks that if the boss gets along with that lady, he will be tasteless for ladies. Legosi talked with Louis, who cannot believe that Legosi is doing this. He reveals that Riz is continuing with his acts, and he is the culprit who ate Tem. He invites Louis to be there for his battle. Louis is afraid to go there, but he is worried about how Leo’s group will react.

Legosi told Louis that it is his last battle, and he wants him to be there to see whether he lives or die. Louis is furious that the brown bear has been stabbing everyones’ back. Louis told Legosi that he wouldn’t come, and Legosi is on his own. Legosi reminds Louis about the friendship. He told him to consider it as an invitation and support his friend like old times.

Louis is worried about something, and Ibuki is listening, but he cannot hear what is happening. The way the two are talking is like they are proposing to each other. Ibuki is impressed that the boss is good at talking with ladies, but the lady is too ugly to be on Louis’s league. Legosi left and told Louis that the battle would take place in the New Year. He also told him to be there for him, and he runs away like a lady who has been rejected. Louis comments that he is not interested in trying to fool Ibuki. 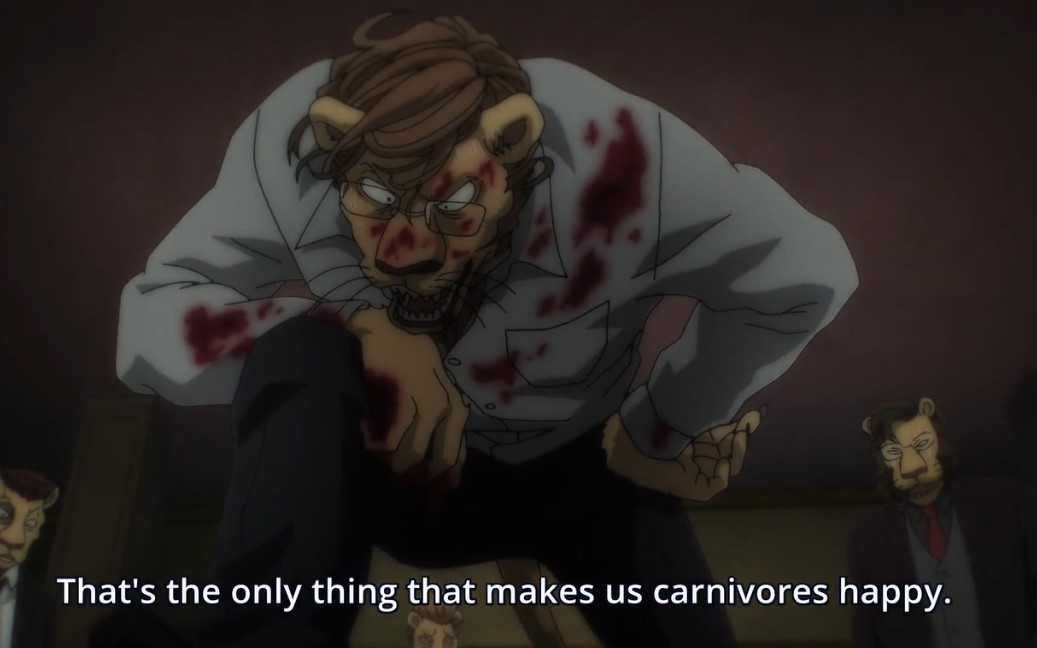 Ibuki arrives and asks what was happening. Louis reveals that the lady was trying to hit on him, and he has rejected her. Ibuki comments that he did the right thing since she was not his type. Later the Leo group head to their territory, and only a day is left before New Year’s. Louis realizes that he has to tell Ibuki something. Ibuki comments that the Shishigami is growing well. Louis notices that he has started to care about the carnivores because of Legosi.

He told Ibuki that he is leaving Shishigami to help someone. Ibuki gets furious, thinking that Louis is fooling him. Louis noticed that Ibuki’s instincts are about to be unleashed. He asks him when he has started to be tall when he is talking with him. Ibuki apologized and told Louis that he is still his boss. Ibuki asks the boss to head out for a ride with him. On their way, Ibuki told Louis how strong he was. He reveals the truth about his past, where everyone used to fear him all over.

There was no carnivores who can mess up with Ibuki. Meanwhile, Pina met with Riz before the battle. Riz reminds Pina about what he said earlier. Pina realizes that he made a mistake and Riz might eat him. Riz destroys the cameras, and Pina is heard screaming. Later Legosi arrives at the battle scene and finds Riz that he is waiting for him. Riz notices that Legosi won’t’ take the battle seriously. He showed Legosi blood. Legosi realizes that Riz has eaten someone while Louis and Ibuki enter the dark tunnel, and we heard a gunshot