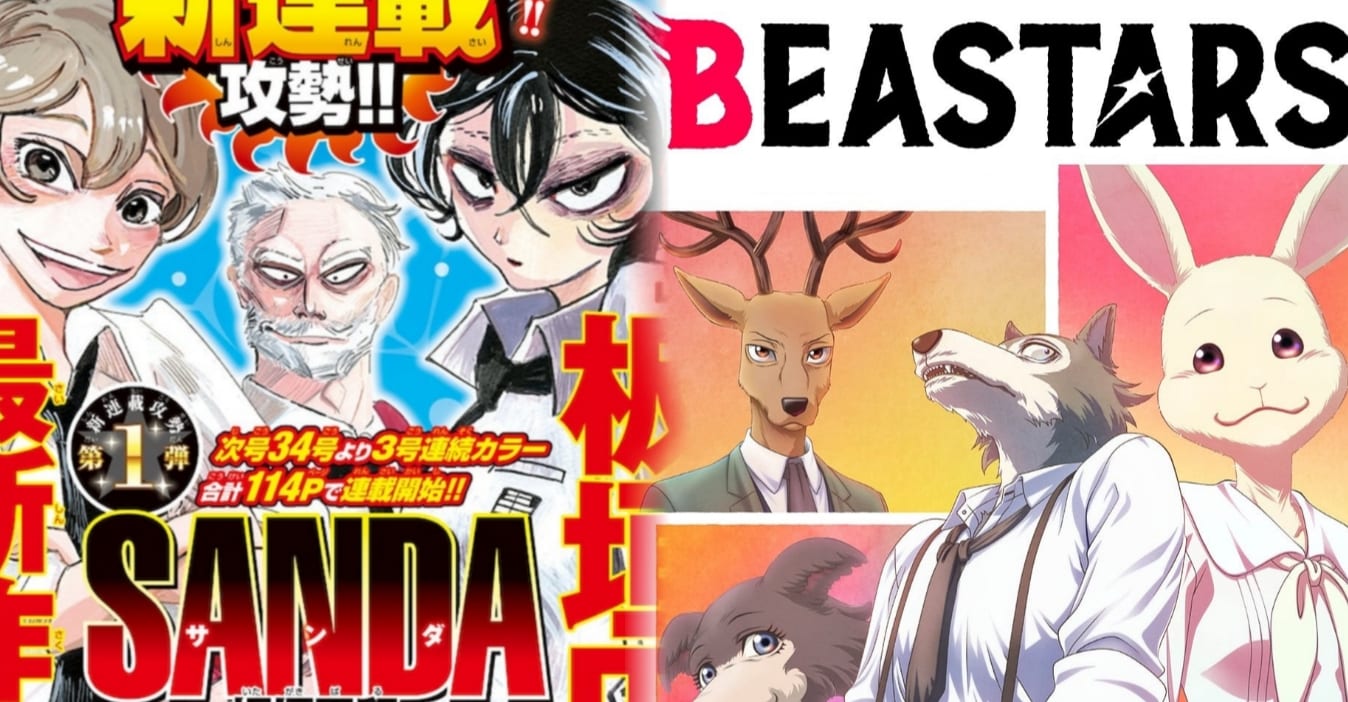 Beastars rose to fame after its anime adaptation was released. Fans took no time to understand the brilliance in its plot. I doubt Beastars ever gave its viewers a good impression on the first look. It is often overlooked with the cute animal pictures on the top that make it look like a fable tale meant for children. But, Beastars goes way beyond these simple notions. It addresses deeper, darker, and more mature issues that arise amidst the society of humans using animals. Written by Paru Itagaki, Beastars is the work of a prodigy. The young mangaka has been an inspiration to many. Beastars was undoubtedly a huge hit. For fans of the mangaka, we have great news! Right when this manga was flourishing, the Beastars Mangaka releases new series this July.

As the story explores the world in its best and worst, the readers will find themselves asking questions that had never occurred to them before. It has indulging characters, each of which contributes to the plot. Paru Itagaki’s work is very detailed. As the illustrations construct the scene in our minds, her words fill in all the emotions. Beastars was an exceptionally well-written manga. So, when we find out that the Beastars Mangaka releases new series this July, we are bound to feel excited about it. People are always looking for something new that can touch their hearts. Is Itagaki’s new manga based on these aspects?

Here is everything we know about the Beastars mangaka’s upcoming manga.

New manga series get published more often than you would think so. In the 33rd issue of the Weekly Shonen Champion, published by Akita Shoten, it was announced that a new manga by Paru Itagaki would begin serialization from the next issue in the same magazine. Thus, the manga will be launched in the 34th issue of the Weekly Shonen Champion from 21 July 2021 in Japan. 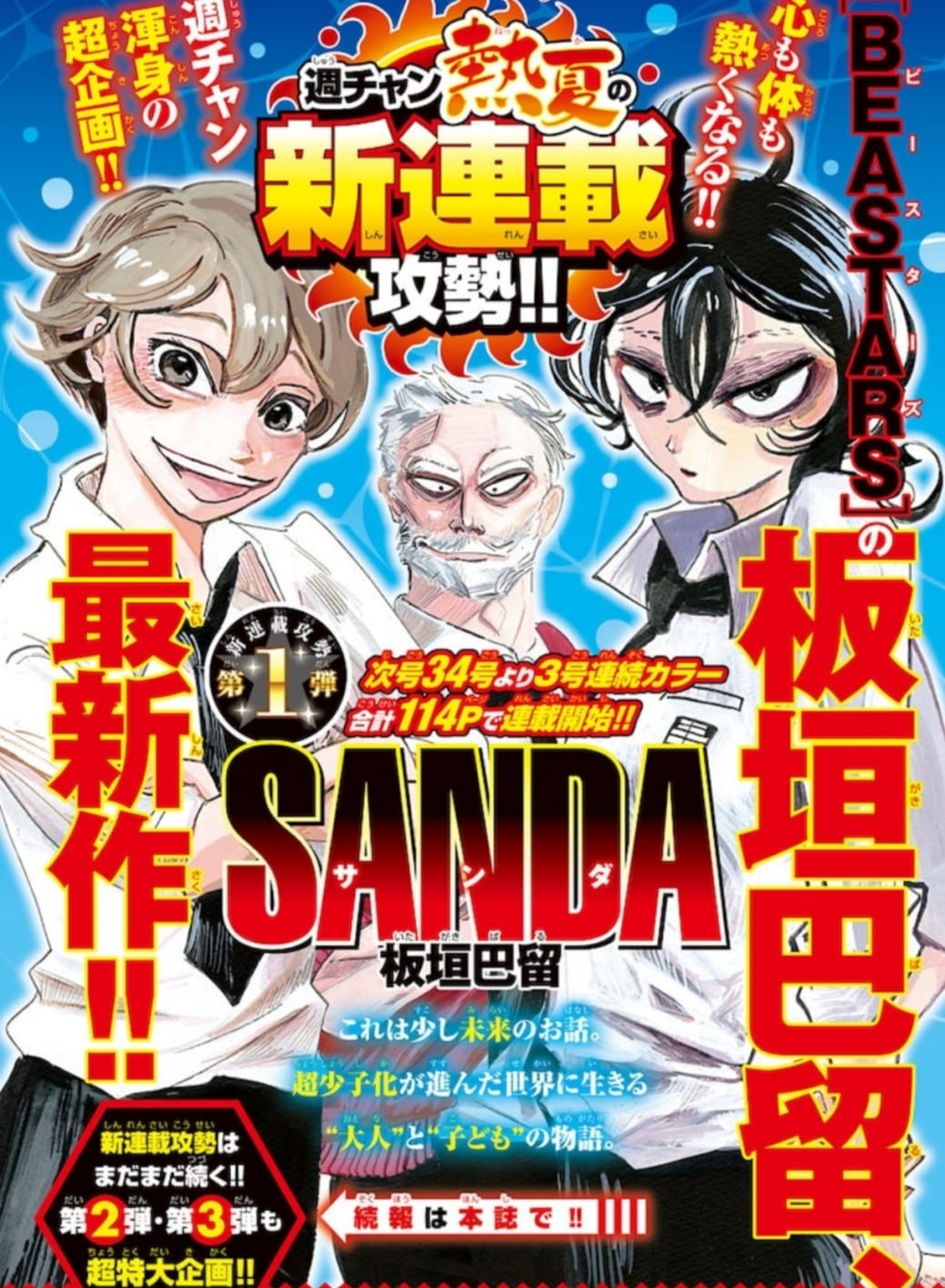 Paru Itagaki’s new manga is titled “Sanda.” The plot of the story is set in a dystopian world. Itagaki plans on touching on the concerning issue of declining birth rates through her newest creation. In Sanda, adults and children are living in a world with an extremely declining birthrate. The idea of the manga is very mature, and it syncs with the writing style of the mangaka. On 14 July, three illustrations of the characters were also made public. Given the importance they are given, it feels fair to assume that they are the story’s main characters.

The character designs are very interesting. They are all wearing formal pantsuits, which give us the first hint that the story might include an organization that they belong to. The girl has a gloomy aura but very strong features. The boy with blonde hair looks like the typical cheerful character. Finally, the old man is well-built and seems like the coolest of the three, with a  smug on his face. Once again, the three characters look very interesting, and their backstories seem worth looking forward to.

Born on 9 September 2021, Paru Itagaki is a very talented writer from Japan. She wrote the popular manga series, Beastars, which took home several awards. Itagaki was a prodigy who showed her earliest interest in manga writing in the second grade. She had created Legoshi from Beastars in her teenage. As a university student, she tried to get into filmmaking. At the same time, she also sold her self-published works at conventions. At the age of 23, she became a published mangaka after Weekly Shonen Champion began the serialization of Beastars.

Itagaki keeps her personal life locked far away from the public. Even during events, she refuses to show her face and is often seen wearing a chicken head. Itagaki is the daughter of Keisuke Itagaki – mangaka of Baki the Grappler, one of the most popular martial arts anime. However, she did not reveal this fact until 2019, when she confirmed the rumors through a joint interview with Keisuke Itagaki.