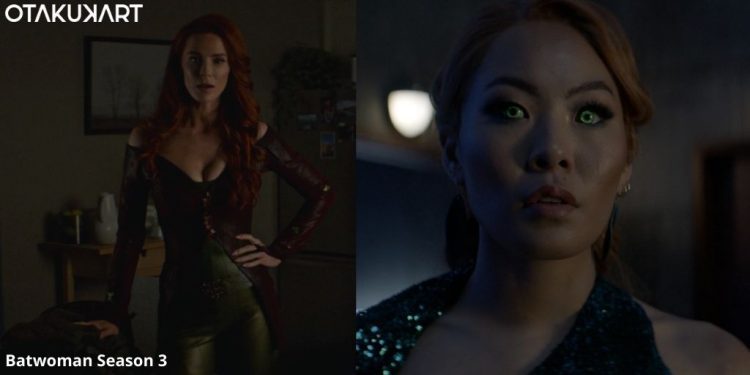 Things will get more dangerous in Batwoman Season 3 Episode 9 as Ryan, Luke, and Sophie face the challenge of two Poison Ivies in front of them. Whereas, the show returned after a long winter break with another exciting episode that got the fans intrigued. The episode saw Ryan, Luke, and Sophie trying to find a way to fix Mary who has turned into the new Poison Ivy. Whereas, Renee was suggesting the use of the serum used by Batman years ago to stop the Pamala Isley aka the original Poison Ivy.

On the other hand, Mary was feeling hate towards Ryan and the others. While Alice was using her anger to provoke her even more to do something that would make everyone hate her. However, in order to make Ryan and the others hate her, Mary did something out of line that put their lives at risk. Meanwhile, Sophie learned a big secret that would make things even worse for everyone. But the question is, what was the secret?

The DC television series has been keeping a good pace when it comes to success since the show first kicked off on 6th October 2019. Moreover, the show is yet another addition in the “Arrowverse” and follows the story after the disappearance of Batman in Gotham. The show is currently in its third season and the fans are now excited to watch Batwoman Season 3 Episode 9. However, let’s take a look at what all went down in the previous episode.

Episode 8 of Batwoman Season 3 came out on 12th January 2022 titled “Trust Destiny”. The episode began with a flashback from ten years ago when Renee was a cop and tried to stop her lover Pamela aka Poison Ivy. Whereas, in the present, Mary and Alice living at a hotel, and Mary trying to figure out how to get Ryan and the team off her shoulders. To that, Alice suggested Mary do something that would make them hate her a lot and eventually give up on the idea of trying to fix her. On the other hand, Ryan, Luke, and Sophie were working from a secret location with limited sources as they didn’t have access to the Batcave anymore. Meanwhile, Renee came by with the idea of using Batman’s Poison Ivy serum that he used to stop Pamela.

However, to replicate the serum they needed to find Pamela’s body that contained the serum which was impossible to do without access to the Batcave. Therefore, the team decided to crash Marquis’ party at Wayne tower and get into the Batcave by replicating his fingerprint and eye retina scan. Whereas, things got a little suspicious when Mary arrived at the party as well and started talking to Marquis. On the other hand, Ryan, Sophie, and Renee got into the Batcave and figured out where did Bruce hide Pamela’s body. Meanwhile, Renee started thinking of the time when she helped Batman take down Ivy by injecting her with the serum. Eventually, the three of them got under the tunnel where Pamela was kept and took the serum from her.

At the party, things got out of hand when Mary told Marquis about Luke and Ryan’s secrets. Whereas, Ryan dressed up as Batwoman caught up to Mary and was almost about to inject her with the serum but was hesitant knowing what it would do to her. However, Marquis arrived there as well with a gun on Luke’s head. He told her that he knew their secret and was about to shoot Luke. But Ryan instantly threw the serum towards him injecting him with it that instantly dehydrated him to the brink of death, turning him blue. While Sophie learned about Renee’s secret with Alice’s help. She told Batwoman that Renee was using them all along to get the one thing she wanted, which was to find her soul mate Pamela and free her.

“Batwoman Season 3 Episode 9 will release on 19th January 2022 on The CW at 9 pm ET.” Moreover, the episode will be titled “Meet Your Maker”. The episode will see Ryan and Luke planning to stop not one but two Poison Ivies now. Whereas, Mary will meet the one who made her, the original Poison Ivy Pamela. Furthermore, she will help Pamela get her strength back as well.