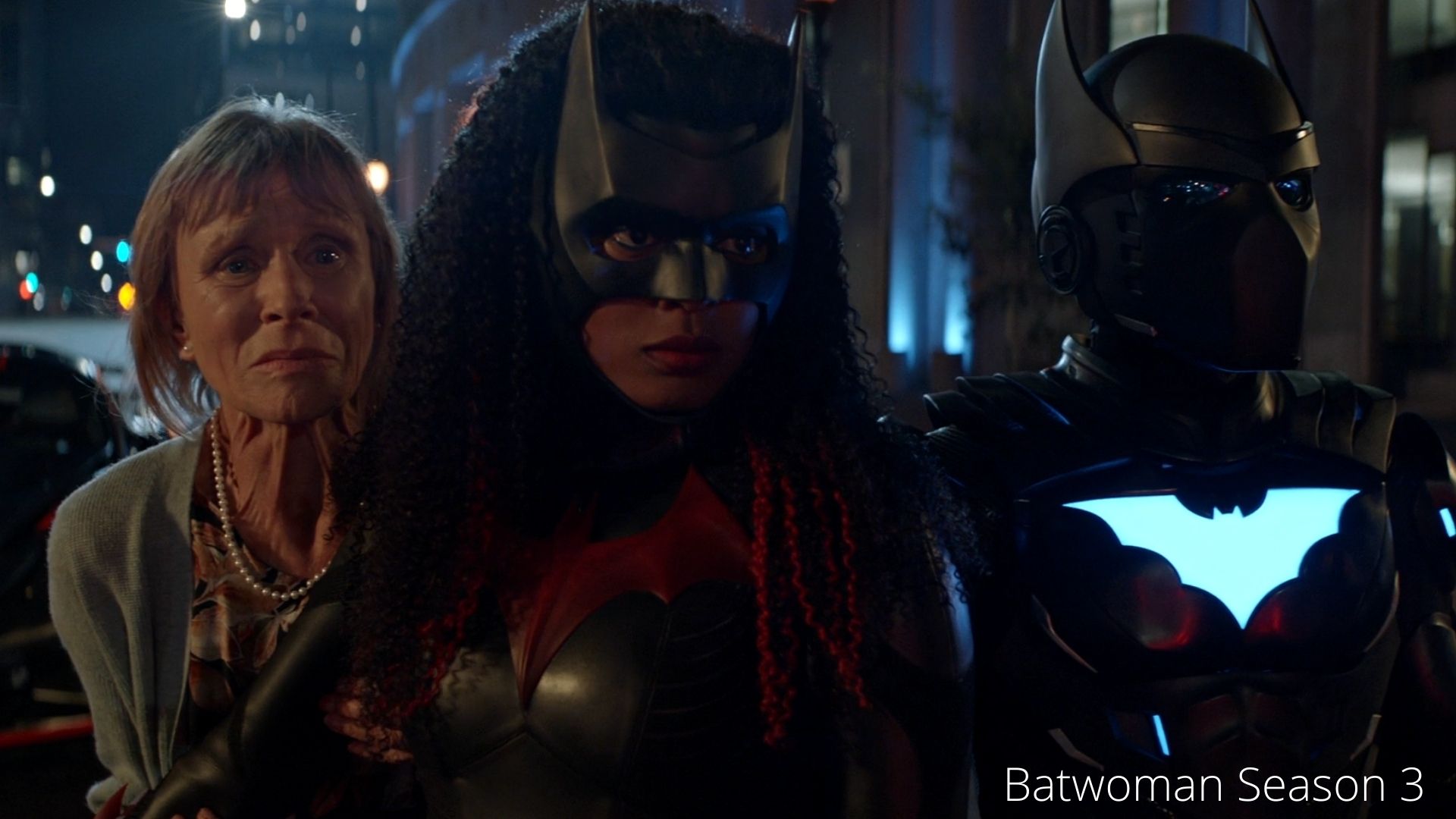 The fans and the viewers are eager to watch Batwoman Season 3 Episode 4 after the events of the previous episode. There was a lot of action and thrill involved that got the audience quite excited to find out what would happen next on the show. The American television series has been quite popular since it first came in the year 2019 on 6th October. The first season of the show even managed to impress the critics as well. This was one of the reasons the showrunners decided to go ahead with a second season.

Finally, the second season came out on 17th January 2021 after a delay due to the pandemic that halted all the fillings around the world. The second season was also appraised, and we saw a new character join the show and take up the mantle as Batwoman. This was due to the fact that the actress named Ruby Rose, who played the role of Kate Kate, exited the show after the first season. The critics and fans still enjoyed the new actor playing Batwoman. This series is part of the “Arrowverse” that makes it connected to the other various DC tv shows like “The Flash”, “DC’s Legends of Tomorrow”, and more.

In addition to that, the show focuses on the story after the sudden disappearance of Batman himself. A well-known American television producer named Caroline Dries has developed the show. Furthermore, she is also the executive producer of the show. Meanwhile, the other executive producers include Greg Berlanti, Geoff Johns, Sarah Schechter, David Nutter, and more. The third season of the show arrived on 13th October 2021, and the fans are loving it. They are now awaiting the release of Batwoman Season 3 Episode 4. However, let’s take a recap of the previous episode first.

Episode 3 of Batwoman Season 3 came out on 27th October 2021. Furthermore, the episode was titled “Freeze”. The episode began with a kid getting his hands on Mr. Freeze’s nitrogen near Gotham river that was a part of Batman’s trophies. He takes it with himself on a bus, and the next thing we see is the bus freezes. Meanwhile, Ryan meets her mom, who called her only to tell her that she does not want any contact with her. However, Ryan gets another surprise when she meets Marquis, his mom’s son, and his half-brother. After arriving at the Batcave, Luke tells that the nitrogen has been taken back to GCPD inventory, so she decides to get it back from there.

However, when she breaks into the GCPD inventory, she finds the nitrogen is missing. Later they find out that a worker at GCPD named Dee took it. Then they discover that Nora, who was Mr. Freeze’s wife, is Dee’s sister, and she might have taken the nitrogen for Nora. Meanwhile, a gang breaks into Dee’s house and takes them to Ace chemicals asking Dee to reveal Mr. Freeze’s cryogenic chamber’s functioning secret. Batwoman arrives there and sends Nora to Mary and then fights the gang but is beaten on the head and put into the cryogenic chamber herself. The gang leader forces Dee to turn on the chamber and let Batwoman die in it.

Alice back in Arkham Asylum

Batwoman stays in contact with Sophie, who helps her stay awake meanwhile, Batwing arrives just in time and saves her. On the other hand, Alice threatens to kill Nora if Mary does not remove the nanobots from her body, but Nora does not care about dying, so Alice stops. Finally, Batwoman rescues Dee from the gang after heroically crossing the blasted off Gotham bridge with the help of Batwing, who uses the nitrogen to freeze the broken bridge and make a path for her. However, the end doesn’t go well for Alice as she is put back in Arkham Asylum. On the other hand, Poison Ivy’s vines roll over Mary and take her away just after she met Dee and Nora in the park.

Batwoman Season 3 Episode 4: When Will It Release & What To Expect?

The previous episode has ended with quite a few questions that have got fans waiting for the next episode. “Batwoman Season 3 Episode 4 will release on 3rd November 2021 at 9 pm ET on The CW.” Furthermore, the episode will be titled “Anti Freeze”. The next episode will focus on how Ryan deals with her newly found brother Marquis. There is also the question of how she will tell him that she does not want to work with him behind their mother’s back. Finally, we’ll also see what happens between Sophie and Ryan. Therefore, stay tuned to find out all of it in the next episode.

The ongoing season of this series has got the fans very excited and intrigued. Therefore they are searching about where to watch Batwoman Season 3? The answer to that question is quite simple, actually. “Batwoman Season 3 airs every Wednesday at 9 pm ET on The CW television network.” Furthermore, the episodes are available on The CW’s official website as well. Other than that, the episodes are available to stream on Youtube TV and Amazon Prime Video. So go ahead and watch the season if you haven’t yet.

Also Read: Batman: The Long Halloween Part 2: What is it About?