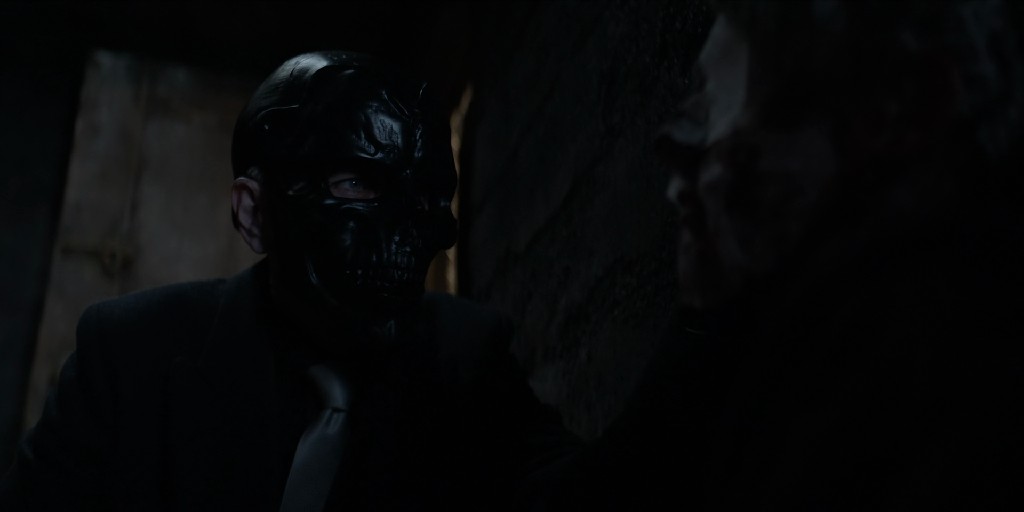 A Still From Batwoman S02 E09 Featuring Black Mask as he reconciles with captured Kane (Credits: The CW)

Black Mask might be finally getting caught. But a new frenemy is about to resurface in the new Batwoman Season 2 Episode 10. The CW’s Batwoman Season 2, created by Caroline Dries, is facing the wrath of False Face Society since the premiere. With Ryan Wilder picking up the cowl so far, everything is working fine in the newest entry of the Arrowverse. The second season of Batwoman premiered on the 17th of January 2021. The show has completed airing a total of 9 episodes with two more scheduled. Here we are taking a look at everything that happened previously on the show. Plus, what we can expect from the upcoming Batwoman Season 2 Episode 10.

Batwoman tells a story from the pages of DC Comics in a world where Batman has disappeared. Gotham City is in desperate need of a new Dark Knight to watch over the city fueled with criminals. Amidst this, a new protector emerges, picking up the cowl of Batwoman. So let’s begin by taking a look at what happened previously on Batwoman Season 2.

Previously on Batwoman Season 2, we saw Kate Kane’s friends holding a funeral for her. But as of now, they don’t know she is held captive by Black Mask. We meet with a one-month time jump where the GCPD starts acknowledging Batwoman’s help. Drastic measures are taken by GCPD to take down the False Face Gang. What Commissioner says that goes, but he meets his own end sooner. The False Face Gang soon gets their hands on him, eventually killing him off. One officer to witness the heinous crime was the one who the commission always looked down upon.

A Still From Batwoman S02 E09 featuring the Moore Sisters (Credits: The CW)

Everything goes as planned for the False Face Gang. Especially with the new face. Making his debut in the show is the character Roman Sionis. Originally the man behind Black Mask. With no footage in their hands, the only witness is a young woman. She is none other than Sophie’s younger sister Jordan. Someone who is quite against the crows.

The False Face Gang attacks Jordan, who serves as the sole key witness for Comissionerr’s murder. But, Batwoman and Sophie intervene to rescue Jordan on time. Jordan acknowledges one of the attacker’s bracelets. It is identified as the bracelet belonging to Angelique. Batwoman has chit-chat with Angelique to co-operate. She agrees to leave the False Face Gang once Ryan’s safety is promised, but somehow, Black Mask manages to capture both of them. 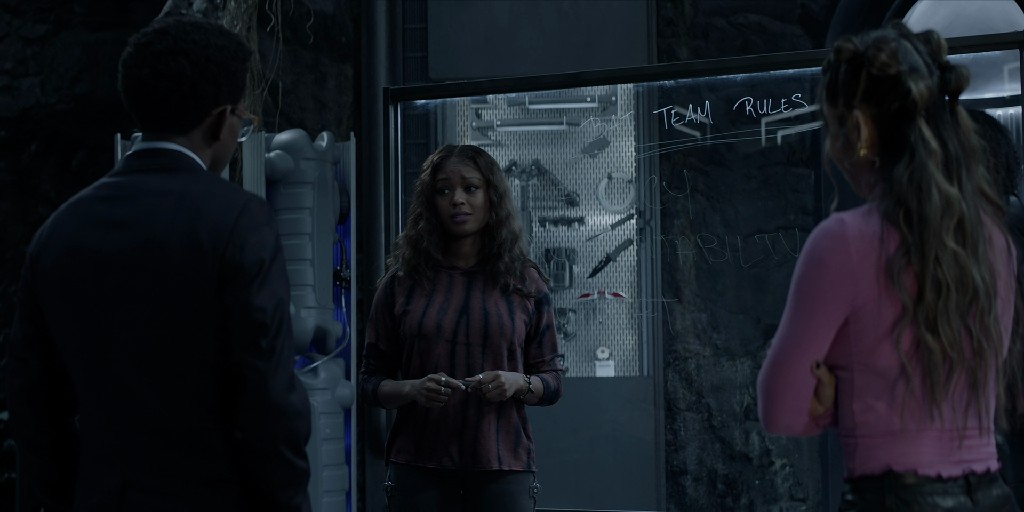 A Still From Batwoman S02E09 Featuring Batwoman And Her Team (Credits: The CW)

During their capture, Black Mask reveals what made him start this gang and the deeds of the previous Batwoman. He talks about the time his daughter was killed by the first Batwoman and aimed it the reason behind him picking up the mantle of Black Mask. Thus, also forming the False Face Gang. Amidst this, Sophie enters and rescues them. In turn, Angelique confesses Forbes’s murder after Black Mask threatens to kill Ryan. The episode ends with Alice and Julia in strange memory gaps. Plus, Black Mask reveals Kate Kane’s fate as her face would be considered destroyed during a car crash.

Batwoman Season 2 Episode 10 is titled “Time Off for Good Behavior.” The official synopsis of the episode tells about Batwoman’s plan to take down Black Mask. The synopsis further teases a new frenemy joining the table. Is he here to help Batwoman and GCPD or Black Mask remain to be seen. Maybe he could be working in his own right. Check out the 20-second promo of the upcoming Batwoman Season 2 Episode 10 below.

Furthermore, This new foe’s identity is not revealed.  So it may come off as a comic book surprise for the fans. The trailer also teases the expansion of Black Mask’s gang and Batwoman and her team’s desperate need for help. So it’s high time that Batwoman and GCPD acknowledge this new arrival and take all the cues and help he/she has to offer.

Also Read: All We Know About Gangs Of London Season 2