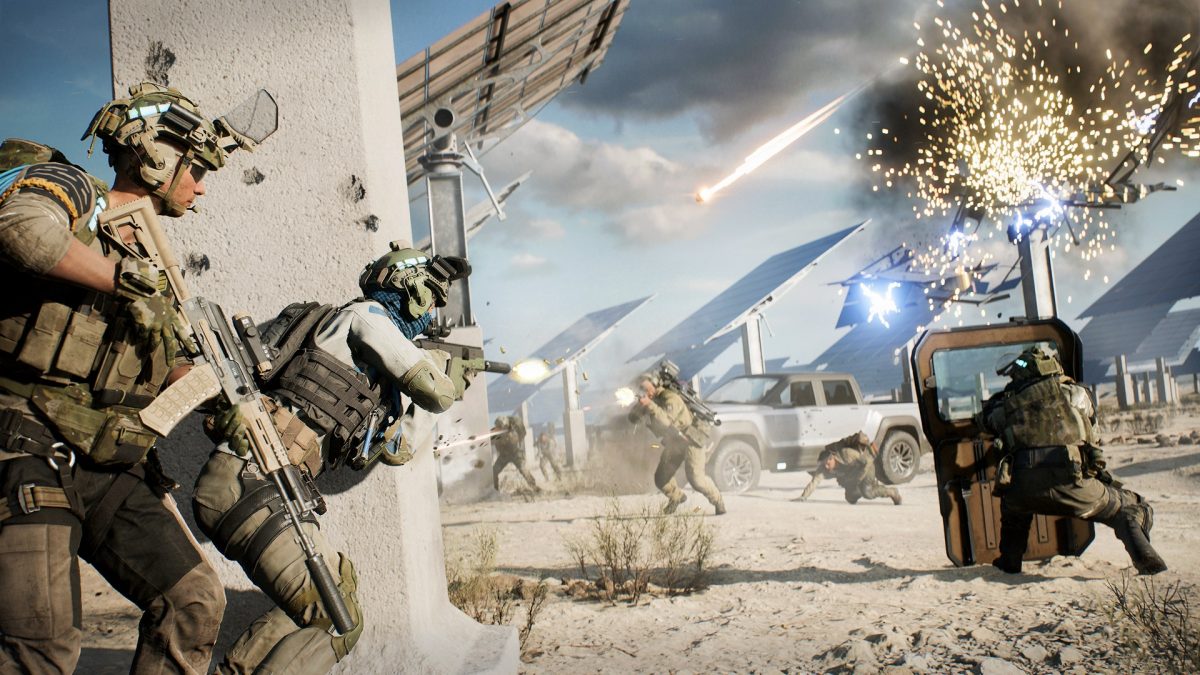 Battlefield is a first-person shooter video game franchise developed and published by Electronic Arts. Over the years, Battlefield has been played by more than 50 million players worldwide as of 2012. The game franchise is famous for its large maps, teamwork, and vehicle warfare. Battlefield 2042 is one of the games available under the franchise. It’s the seventeenth installment under the Battlefield series and was released in 2021 for platforms such as Microsoft Windows, PlayStation 4 and 5, Xbox One, Series X, and S. Now, there is a new update to the game Battlefield 2042, Update 1.07. Let us go over it in detail and see what it brings forth.

Battlefield 2042 is the first game in the franchise to bring cross-platform play support but removes the single-player mode and allows only the multiplayer mode. With the latest update, EA has brought many changes, so let us look at Battlefield 2042 update 1.07 and see all of the changes and fixes added with this patch. Update 1.07 is the first update for the game this year. For those wondering if the 1.07 update brings major changes to the game, you are in for a disappointment as this update mainly addresses minor bugs and stability issues, along with fixing problems with servers, matchmaking, and general gameplay. We need to wait further this year for a major update to the game.

Also Read: For Honor Pirate Hero Update: When will it be available?

While there aren’t any major changes with the Battlefield 2042 new update, it still has that can be looked into. The general changes include fixing the issue where leaving a party during the matchmaking, making the game unresponsive. The issue of not connecting to the EA servers after signing up with a new account has been fixed.

The devs have updated the behavior of the quit button during gameplay, and now players will be taken to the correct screen. While level loading, the players had reported that the music was stopping, and the devs had fixed this issue. As for the updates to the soldiers, a rare occurrence has been fixed where after landing with the Wingsuit, some hits won’t register on the Sundance’s hitbox.

While running behind friendly players, the occurrence of rubberbanding has been fixed. The rare issue where the players get stuck in both an alive and downed loop has been fixed. Variety of issues that occurred while attaching to ladders can stick the players in a state where they can’t fly away or lose control of their Specialist.

They fixed an issue where soldier movement speed was impaired by nearby explosions spawned in the craters. The issue where camera shake and audio while landing, dropping from very small heights, have been addressed. Sometimes when weapons from the Loadout Crate would inherit ammo from the previously selected weapon, the issue where being spotted while firing has also been fixed.

Regarding the Stability updates, Update 1.07 of BattleField 2042 has improved the game overall and the rendering-related crash for AMD Radeon VII users while Sundance was visible on screen. As for updates brought to the game, the Sniper and SOFLAM scope glints are shown further. Regarding the vehicle changes to the update, the issue where the passenger weapons were not being in sync whenever the driver’s turret would rotate has now been fixed.

This issue was causing bullets to not register when firing at enemies. The M1A5, T28’s effective range has been improved and reduced spread on Canister Weapon Pod. Also, the bullet spread has been reduced to 1.1 from 1.6, and the damage fall of distance has been increased to 40 from 35.

Regarding the updates brought to Battlefield Hazard Zone:

The black rectangle can be seen on-screen during Hazard Zone end of the round when quitting the level has been fixed. As for the changes brought to the Battlefield Portal, The Server Info tab now appears after hitting Refresh in the Portal Server Browser. The issue where text would overlap when joining a Team Deathmatch during the round sequence has been fixed. And certain admin commands can no longer be used for spamming.

Where to Play Battlefield 2042?

Battlefield 2042 is a free-to-play game, and if you are a person who has never tried the game, we suggest you try it out. As for the available platforms, players can play the game on any popular platform, including Microsoft Windows PC, PS4, PS5, Xbox One, and Series X|S.