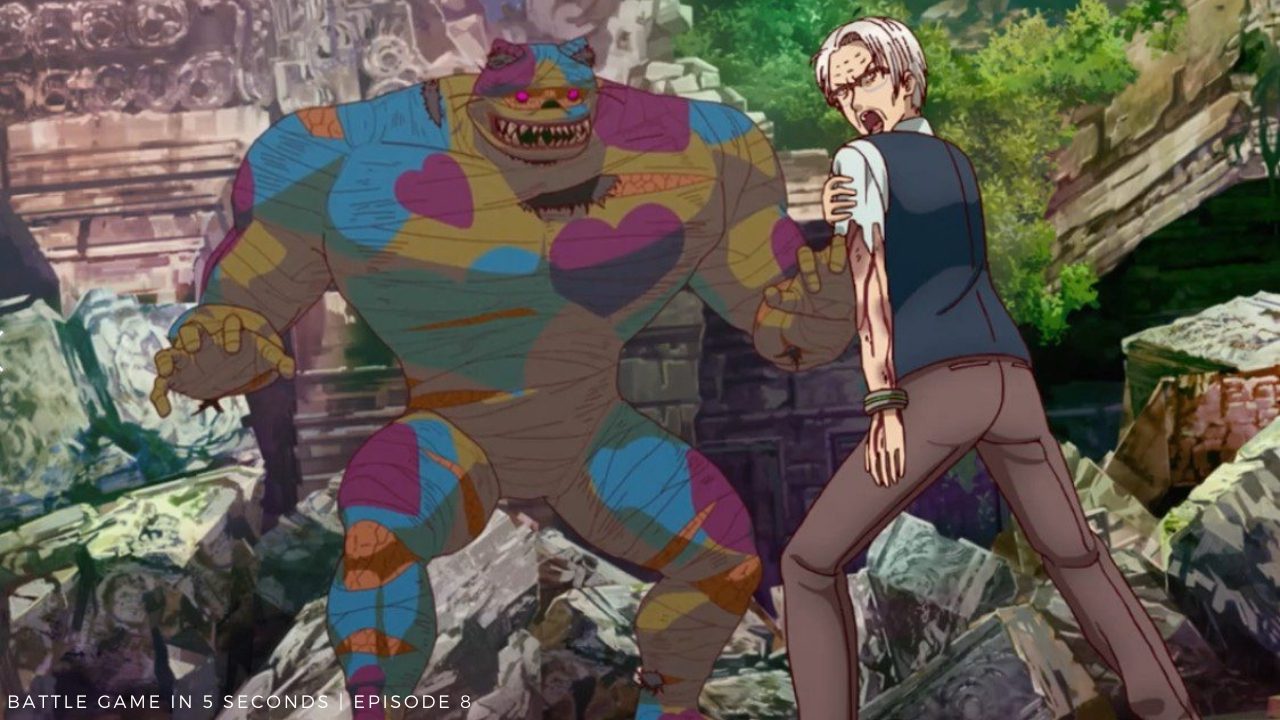 The five-game battle begins with Battle Game in 5 Seconds Episode 8. Akira and his crew continue to travel in this new world after dying from their natural world. They both share a common goal of defeating Mion and return home. The episode will release during the week. From the recent episode, the duo has developed mind communication since gamers are watching over them. Akira and Yuuri are under the new management of Yuuto, and the games continue. The team encounters Mion and the beast that they have to defeat.

Yuuto told the group to leave, and he will handle the beast alone. Yuuri wonders why they can’t help the master. Akira reminds Yuuri that they have to stay alive since they have something precious to return to in their world. Mion comments that a boss battle would never last a single round. Yuuri refused to leave and decided to help Yuuto take down the beast since they can leave someone behind. Yuuri kicks the beast, and Yuuto warns her to stop, but she said she is saving him.

While the two roll on the ground, Akira uses a cannon arm and blasts the beast’s face. Mion is glad to see Akira using that since she has the special one. The episode title is ”Tyrant’.’ Yuuri is excited that Akira is helping them. Akira reminds her that they are partners. The beast is filled with rage and decided to punish humans for humiliating him. Akira realizes that he has to complete every mission, and he will face the last boss Mion. Yuuto told the two to stop being stupid and get back. Akira replies that he has a plan and they can watch him.

Yuuto wonders what Akira is planning to do. Akira told Yuuri to follow his lead, and they exchange strikes with the beast. The duo uses mind communication as they smash the beast. Akira sent a message to Yuuri’s mind and told her to fight using her full powers. It is all or nothing. The two begin to punish the beast without giving it the chance to lay a finger on them. Akira is analyzing something, and he wants to blast the core of the beast. Mion’s underlings wonder why the two are using wired attacks, and the google guy comments that the two have a plan. 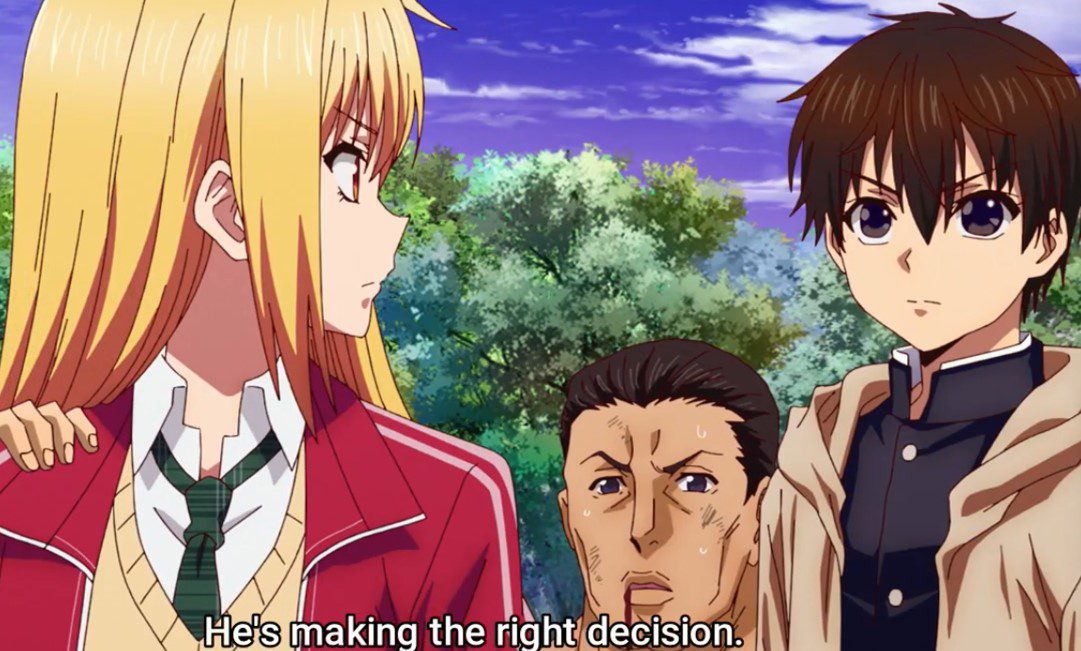 They lure the beast into the trap, and Akira made it hit where he wants. The beast got confused and opened its mouth, and Akira put the cannon inside and blast its head. Yuuri hugged him that he did it, but he got her worried and scolded him never to do anything dangerous. The beast revives, but the leader of Team Red cuts its head. He is impressed that the two make it easy for him to assassinate the beast. The leader laughed at them, and Yuuri scolds him since he has killed many people.

Yuuri attacks him, and he grabbed her by her legs and threw her away. The leader asks them if they are interested in 2v1 against him or 3v1 since the geezer is with them. Mion interferes and told Ichi that his work is done and announces Team Red vs. Team Green with the survival on the line. She said to them that she would call it ”Hunt the King.” They both head back and prepare for the upcoming battle. But Masaya is planning to kill everyone.

Where To Watch Battle Game in 5 Seconds Episode 8?

In this article:Battle Game in 5 Seconds