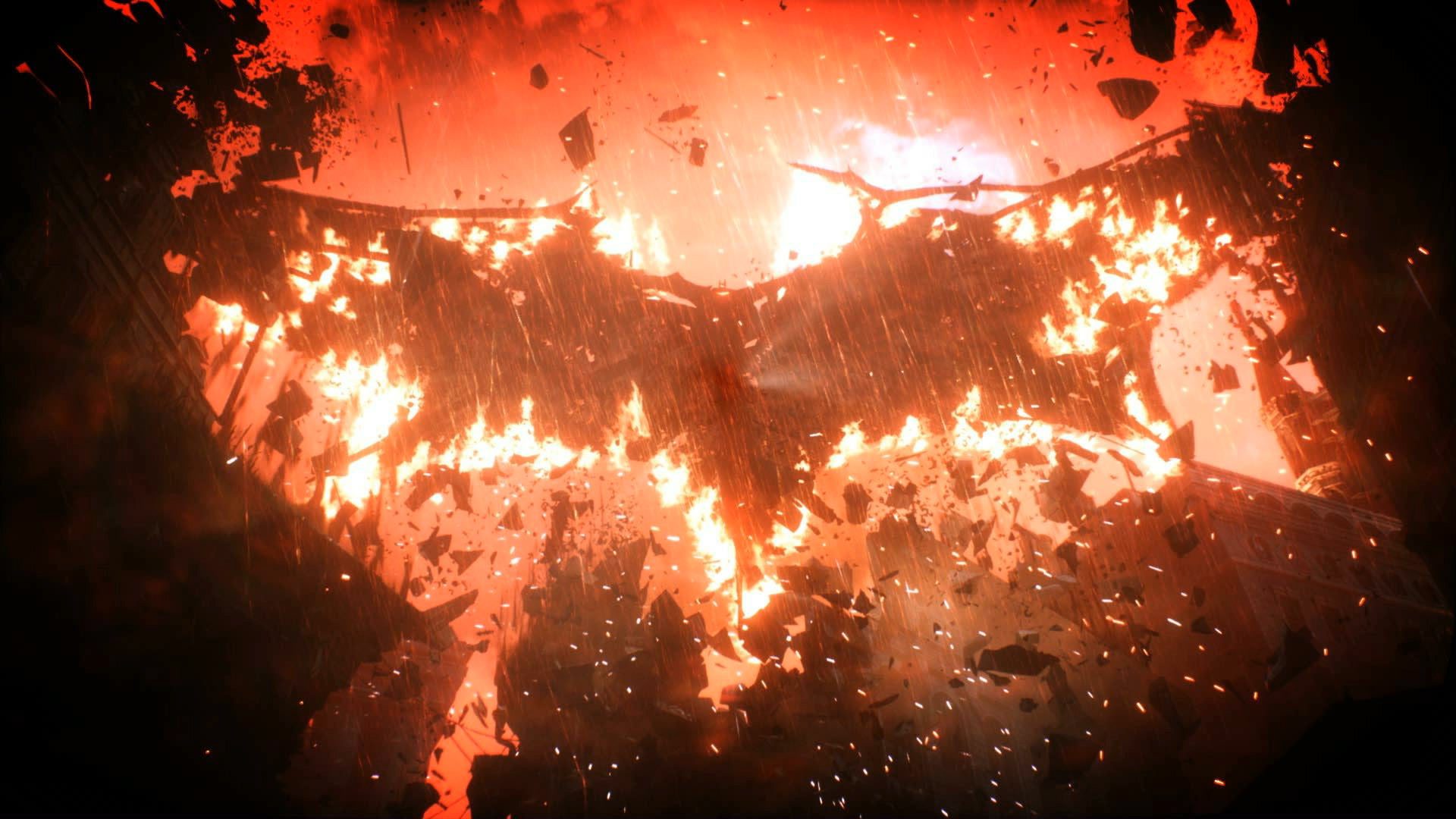 Batman Arkham Knight is one of the best superhero games out there, and today we will be getting its ending explained for you. Batman Arkham Asylum was released back on 25 August 2009. And six years after that, on 23 June 2015, we saw the final chapter of the Batman Arkham game series. This may not be completely true, considering how a new Batman game is coming out called Gotham Knights. This is a soft reboot game as it tries to incorporate the story that Batman has seemingly died. According to the announcement, the main characters in this game will be Batman’s allies, Robin, Nightwing, Batgirl, and Red Hood. Batgirl/ Barbara Gordon had already been paralyzed by the Joker in the Arkham series. And here, she had taken on the cowl yet again as the Batgirl. This is a clear indication of the game being a soft reboot.

What Happened in Batman: Arkham Knight?

Batman: Arkham Knight has Batman face a foe from the past, The Scarecrow. Last time, we saw the criminal insane scientist in Arkham Asylum, as we would spin around a 2.5D space to throw some light upon him. This time, he has attacked Gotham with the fear toxin as he plans to encapsulate the whole city in it. Learning this, the citizens of Gotham flee from the city. Now with only the criminals and the GCPD left, Batman must take down Scarecrow. During his quest, he learns that Jonathan Crane has a new ally, The Arkham Knight. He is portrayed as a new character for us, only to disappoint us later. The Arkham Knight is extremely capable and is great with a multitude of gadgets, just like The Batman. The only difference is that Arkham Knight does not mind killing or even using guns.

Throughout the story, Batman is in an ongoing quest to identify Arkham Knight while also protecting the city from Scarecrow. During this, Barbara is in danger as she is kidnapped by Scarecrow. While Batman is able to save her, it did cause some friction between Batman and James Gordon when James finds out that Barbara had been working under Batman as Batgirl and now as Oracle.

Subsequently, even Catwoman is kidnapped by The Riddler, while several other Gotham’s Most Wanted are prowling the city.

Batman takes the help of Poison Ivy to stop Scarecrow. This causes Ivy to give away her life as she fights to protect the greenery in Gotham City. While giving her all, Poison Ivy turns to dust and becomes one with nature as she always desired.

Also Read: Batman: The Long Halloween Part 2: What is it About?

Who is Arkham Knight?

Jason Todd is Arkham Knight. Yes, you read it correctly. In the game, we see sequences from the story Batman: A Death in the Family. This is the story about how the second Robin, Jason Todd, was killed mercilessly by The Joker with a crowbar. Then Jason is revived by the League of Assassins using the Lazarus Pit. While this did bring Jason back to life, he was enraged that even after his loss, Batman had not killed the Joker. Batman was still following his code of not killing. Therefore, Jason takes it upon himself to kill the Joker while taking down the criminals in Gotham while using guns. He no longer follows Batman’s code and is unafraid to shoot a person. His main target is the Joker as he was about to kill him, only to be stopped by Batman.

In Batman: Arkham Knight, the story is a little different. While Batman and the world believed that Jason was dead, The Joker had only brainwashed him. And according to several sources, after this, he was sent to Arkham Asylum. During the events of Batman: Arkham Asylum, Jason was one of the insane inmates that fled away from their cells when The Joker set them free. After this, Jason is found by the Scarecrow as he nurtures him into the vigilante he is, Arkham Knight. In here, Jason was angry at Batman as he was quick to replace Jason with Tim Drake as the new Robin. He felt expendable and blamed Batman for the way his life turned out to be.

In the game, Batman learns about Arkham Knight’s identity after Bruce reaches to save James Gordon. Jason himself shows his identity and believed that it was time to end this charade.

In the ending of Batman: Arkham Knight, Batman is able to defeat Jason. Jason leaves his Arkham Knight helmet as he solely possesses the Red Hood Helmet. Previously, Batman had locked up Tim Drake in his safe house so that he does not go after Scarecrow. Unfortunately, this backfired on Batman, as Scarecrow and his goons end up kidnapping a defenseless Robin. Batman, in an attempt to save Tim, gives himself up as he follows Scarecrow’s orders. He is back at the Arkham Asylum, where Batman’s identity is revealed to be Bruce Wayne. This gets telecasted to the whole world, ending the legend of Batman.

In an attempt to defeat Batman, Scarecrow injects Batman with the fear toxin. Unfortunately, for Scarecrow, Batman’s biggest fear is turning like the Joker. So, Joker takes control of his mind as in a series of creepy events; Batman is finally able to take over the Joker. There is no more Bruce Wayne, no more Joker, but Simply Batman. While Scarecrow tries to overdose Batman with the fear toxin, Red Hood comes to his help. Batman injects Scarecrow with the toxin to show a demonic Batman walking towards him. Batman finally takes down Scarecrow. But now that his identity was revealed, the Legend of Batman must end, and a new myth should rise from his ashes.

While the general story of the game does end here, there is a True Ending to Batman: Arkham Knight. This ending is the initiation of the “Knightfall Protocol”. While one can do this just after they finish the main storyline and taking down a majority of Gotham’s Most Wanted, the true ending is only unlocked if you take down all Gotham’s Most Wanted. If you all notice, the last time Batman met each of the characters – Catwoman, Nightwing, and Gordon; he is saying his final goodbyes. Batman mentions how that would be the last tie they meet. While Catwoman and Nightwing don’t really believe it, this was the end.

Now that Bruce Wayne’s identity was out, Batman was no longer a myth, due to which he needs to end. Knightfall Protocol was a contingency plan; Batman was to use if his identity being Bruce Wayne, was revealed to the public. This plan was a method for Batman to protect his allies, all while ending the legend of Bruce Wayne as Batman. “Knightfall Protocol” were explosives that would blast and take down the Wayne Manor, seemingly killing both Batman and Alfred in the process.

After this, we listen to Gordon saying, “This is how the Batman Died”. This is a dialogue we hear at the opening of the game.

Also Read: Psychonauts 2: Everything We Know

Who is the new Batman?

The popular opinion is that the new Batman is Azrael. Azrael is Michael Lane, who was part of a program to create the ultimate crime fighter. He had studied and trained to become equal to Batman. During the side mission, “Heir to the Cowl,” Azrael either gets detained in the GCPD or goes back to take down his organization. If he goes to take down the organization, it is highly likely that Azrael is the new Batman.

Nevertheless, the new Batman could be Bruce Wayne himself. In the final scene, we see an event that looks similar to the death of Bruce and Martha Wayne. There is a figure that looks like a demonic Batman that jumps at the criminals to take them down. It is said that Batman now being dead; Bruce Wayne was trying to create a new myth of Batman that makes use of fear toxin to induce higher levels of fear.

The Shah’s of Sunset: Are Mike Shouhed And Paulina Expecting? 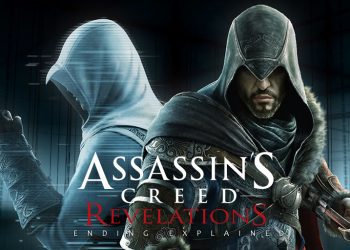 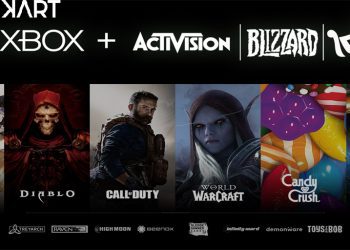 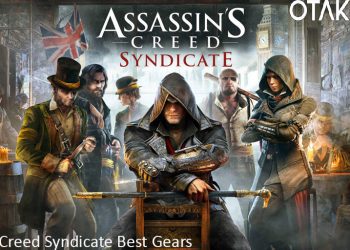