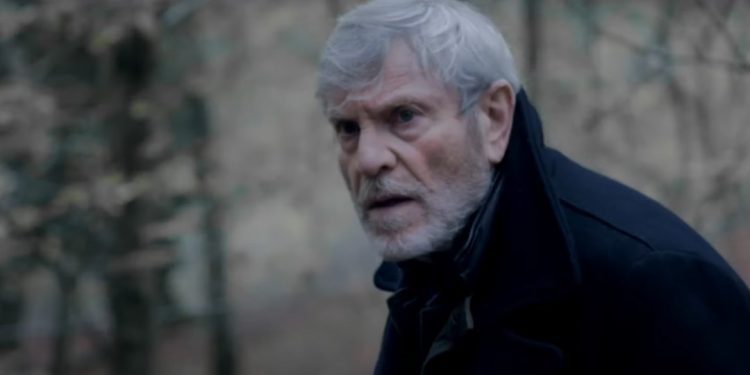 If you’re in the mood for a dark crime drama, then we recommend you tune in to BBC One and watch this show. Now, is Baptiste Season 3 going to happen? Regardless of the answer, you should definitely watch the first two seasons. Additionally, if you’re not familiar with Baptiste, it is a spin-off to the mystery drama “The Missing”. And it tells the story of Julien Baptiste, a police detective that solves cold cases surrounding missing persons.

Although The Missing tells the story of the cases, BBC’s “Baptiste” focuses on the character Julien Baptiste, played by Tchéky Karyo. Over the course of two seasons, we see how Julien Baptiste changes after a brain tumor surgery. To accompany Karyo, we have Fiona Shaw (from Killing Eve) playing a British diplomat whose family went missing in Hungary. Baptiste is a great series worth your while, and without any further ado, we’re taking a look at it today here at Otakukart.

Baptiste Season 3 isn’t happening. Firstly, Baptiste season 2 dropped in July 2021 and concluded in August 2021 in the United Kingdom. For the American crowd, it aired from October to November 2021. Moreover, the second season consisted of six episodes of one-hour run time. In regards of the third season, Baptiste won’t return to the screens, the series creator Harry Williams commented to the press that although his team had the idea for a three-season series. The idea of having the character of Baptiste as just another police detective didn’t resonate with them. So they decided against it. In that sense, the release date for Baptiste Season 3 is not possible because the show isn’t happening.

Where to Watch Baptiste?

If you want to watch Baptiste, you can choose from a couple of places on the internet. Firstly, for UK viewers, the show is available on BBC iPlayer, BritBox, the BritBox Add-on to Amazon Prime Video, Virgin TV GO, Sky Go, and Disney +. Secondly, if you live in the United States, you can watch Baptiste on Vudu, Apple TV, Amazon Prime Video with PBS Masterpiece as an add-on, and Google Play.

Season two kicks off with a flashback as detective Julien Baptiste travels to Hungary to assist the British Ambassador Emma Chambers in the mysterious disappearance of her husband and her two young boys. The Ambassador’s family went missing out in the sticks while on vacation. Later on, Baptiste finds the body of her husband. And this shocks Ambassador Chambers profoundly. And the pressure builds up gigantically on Julien Baptiste to find the remainder of Chambers’ two sons. When Julien questions the Hungarian police’s shoddy work, he finds a witness that recalls watching a man with a tattoo on the neck driving away in a car. So Baptiste picks up on that lead.

Julien and Zsófia hound on the tattooed neck suspect. They identify him as Andras Juszt. Once they make contact, they question him. But the man is a tough nut to crack and doesn’t give anything away. And things get even worse when the Hungarian cops receive a video of some terrorists executing one of the sons of Ambassador Emma Chambers. Still, Baptiste isn’t shaken. Instead, he has a slight suspicion that the video might be a fake. Visibly shaken, Ambassador Chambers finds a way to free Andras from the police custody he has on him so he can work as a snitch.

Baptiste Makes a Psychological Profile Of The Abductors

Julien begins to draw a psychological profile of the abductors of the children of Ambassador Emma Chambers. He has the suspicion that the kidnappers belong to a mysterious group called “The Gomorrah” and that their motivations are anti-immigration, political in nature, and far-right. Meanwhile, in her own search, Ambassador Chambers discovers that one of her sons was flirting with a girl on the internet. So she and Baptiste pick up on the digital trail left by her son.

During a Kamilla Agaston political rally, there was a shootout where Ambassador Chambers was present. It turns out that some masked terrorists opened fire on the public, and one of the bullets caught Emma Chambers, leaving her paralyzed from the waist down and confined to a wheelchair. In the middle of the crossfire, Baptiste pulls out his gun and starts shooting, bringing down one of the shooters. And it turns out that the masked shooter was Alex, Emma’s son.

The show makes a time jump to fourteen months later. We find out that Baptiste is now divorced. He’s bitter and angry. And Zsófia was fired from her job. It turned out that Kamilla’s British husband was the ringleader of the Gomorrah. When Baptiste interrogates the man, he has the suspicion that the ringleader isn’t him. But in fact, it might be Kamilla, and that Kamilla knows about Will’s whereabouts.

As Baptiste tails Kamilla all the way out to a rural area, he spots that she has a large duffel bag filled with cash money which she deposited at a farmhouse. And Baptiste discovers that the person who comes to pick it up is none other than the last remaining member of Emma Chamber’s family, Will.

When Baptiste reveals these things to Emma Chambers, she is terribly sad and taken aback. Her son Will became radicalized after the murder of her sister at the hands of a mentally ill immigrant. And Will was preparing for a terrorist attack. While Will claimed that he was locked up in  Kamilla’s basement, Baptiste felt this affirmation wasn’t truthful because he noticed that Kamilla’s basement had no doors. Later on, Julien Baptiste connects the dots and figures it all out. Andras Juszt is Gomorrah. And Will escapes custody and gets picked up by Andras, confirming Baptiste’s suspicions that there must’ve been some sort of radicalization and brainwashing going on.

Also Read: ‘Never Have I Ever’ Filming Locations: Where is Season 1 and 2 Filmed?

Just as Will prepares for martyrdom in another terrorist attack, Andras tries to kill will by beating him up to death in their hideout. Andras is so perverse and wicked that with that, he wanted to frame some immigrants for the death of Will. Once again, the political machinations will use those poor boys as pawns in a wicked game. And Baptiste arrives in the nick of time to confront Andras. A fight then ensues, Andras stabs Baptiste. But our hero is only partially injured and overpowers Andras knocking him out with a stone.

After that, Andras is put under police custody and set for trial. Lastly, Emma confides to the public that her own son was planning a terrorist attack. And lastly, she recommends Baptiste go back to France so he can visit his wife and granddaughter. And just like that, the series concludes.

The last fight between Baptiste and Andras was a fight for survival indeed. Baptiste fought with headbutts after Andras sunk that knife and started throwing punches. But when everything ended, and he sat down bleeding in the forest to catch his breath. Our hero falls unconscious and has a series of visions worth recognizing. For starters, he notices a knitted elephant, the same one he bought when Sara died of a drug overdose.

Then, Baptiste’s life flashes before his eyes, he takes out his wedding band and puts it on. He imagines stumbling upon Sara, his ex-wife. We see him talking to Niels, and Martha, Niel’s mom. He also sees the disappeared Oliver Hughes (a five-year-old) playing with his toys. And Alice Webster, as well as some of his enemies like the corrupt police officer Khalid Ziane. As the camera dissolves, in moving sequences, it sends us away for a final goodbye. With this, we wrap up our coverage of Baptiste here at Otakukart. Thank you for reading our article, and please keep coming back for more daily updates on all your favorite shows, series, and movies.

Is ‘The Plot Against America’ Season 2 Coming To HBO Next Year? 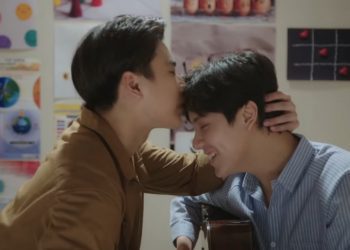