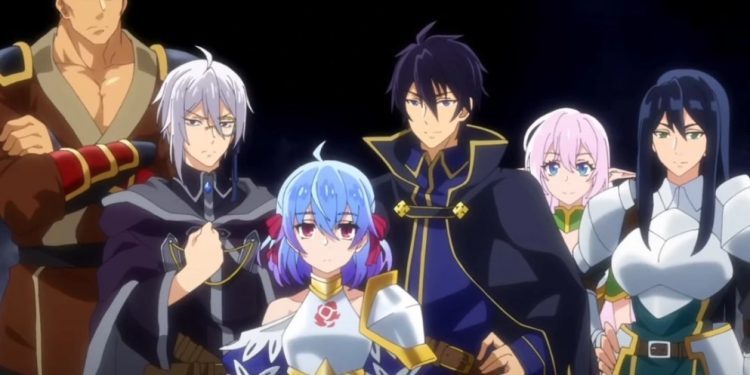 Banished From the Hero's Party

Banished From the Hero’s Party completed the first season after thirteen episodes. But the anime is yet to announce the second season. This is also known as Shin no Nakama ja Nai to Yuusha no Party wo Oidasareta node, Henkyou de Slow Life suru Koto ni Shimashita, which made its debut last year first time on screen. But there is a possibility of 2nd season of this anime since it was adapted from a light novel. Banished From the Hero’s Party’s first season made a massive impact and ended with the heroes’ party fighting against each other since Ares was scheming something.

The anime reveals the war between the heroes and demons that wants to rule the world. Gideon work under the leadership of Ruti, who is his sister. Ruti created the Heroes’ party to eliminate the demons and monsters that want to wipe out humanity. Gideon and Ruti thought they would stay together, but things changed when Gideon became the target since he possessed tremendous powers that made other heroes jealous of him. Gideon doesn’t want to leave the Heroes’ party, but he knows they will continue without him since the heroes are potent.

Ares thought that getting rid of Gideon would help him rank among other heroes. But that didn’t last long since everyone discovered that he was a snake. One day, the Heroes’ party struggled when they headed out on a mission and realized that no one could fill Godeon’s place. Tess always supports Rit, the crew leader, and she is unaware that Rit has a brother since she joined the band after Gideon left. Tess becomes a righthand man for Ruti, but she realizes that her task is to drive the airship and get the heroes to their destination.

Banished From the Hero’s Party Summary

Banished From the Hero’s Party reveals Gideon, a hero who left his party after disagreeing with other members. Gideon changed his name and decided to go by Red, who opened a store that sold medicinal herbs. Other members of the Heroe’s party were displeased when Gideon left the crew since he played an essential role during the battle. But Gideon was tired since Ares was always against him, and one day Gideon messed up during the mission. That gave Ares a chance to go after Gideon since he wanted to get his throne.

The Heroes’ party didn’t stop Gideon when he left the crew. But his sister Ruti knows that she will miss him. Gideon arrives in Zoltan and tells everyone that his name is Red. He worked and built the pharmacy and later opened it for the citizens. The citizens head there to get different medicines and treatments. But the business was low for Red, who realizes that it will take time until Rit joins. Red was surprised to see the Champion Rit. Rit and Red reunite, and he realizes that he didn’t even get a chance to propose to her in the past.

Rit helped Red’s business grow and told him that she was moving in. Red can’t believe that he will stay with someone who he loves. They two-faced many struggles and dealt with various demons that wanted to take over Zoltan. Later Ruti decided to convince Red to rejoin the Heroe’s party and met with him at the store. Rit learns that Red and Ruti are staying together. But they fight with Ares’s crew and defeat them after Red shows his true power. Red decided to reunite with Rit. Red continues to run his store.

Will There Be Banished From the Hero’s Party Season 2?

Banished From the Hero’s Party official website and Twitter account is yet to announce the 2nd season of this anime. But the first season left the fans with questions, despite that the viewers and fans can wait for confirmation from official sources. Those who want to know more about Banished From the Hero’s Party can visit Funimation, Bilibili Global, and Wakanim (DE).

Also Read: Kagame Enters The Virtual World In She Professed-Herself-Pupil of the Wise Man Episode 1.