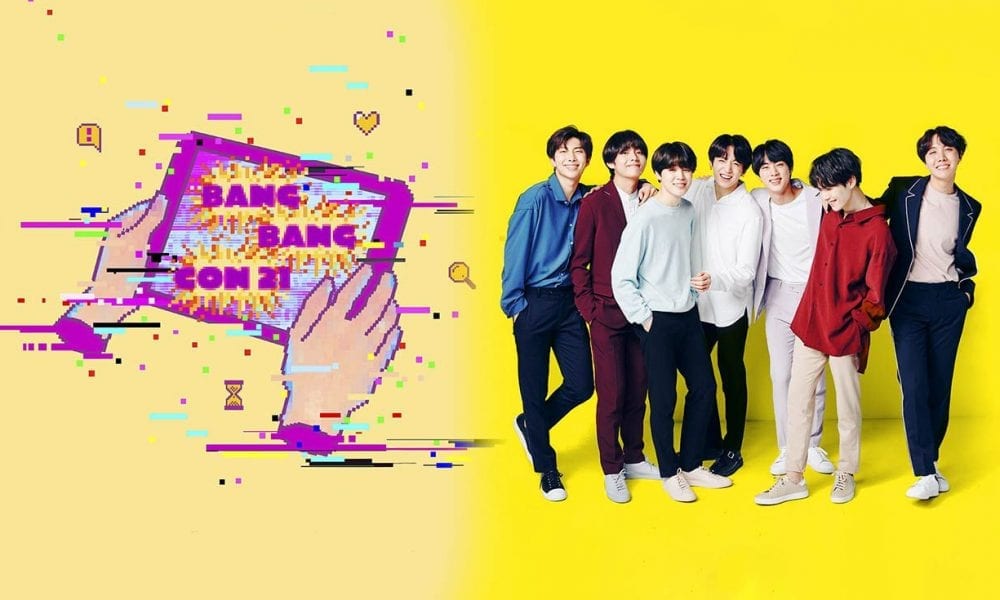 Pandemic or no pandemic, BTS makes all efforts to entertain their fans, Armys. The Kpop boyband is known for healing people through their music. And ever since the pandemic happened, they have been trying effortlessly to make us feel good. Last year, the band had a live online concert, “Bang Bang Con.” The two-day event attracted 50 million viewers from across the globe. What we thought was a one-time thing, but BTS proved us wrong. The septet again prepared for the online concert, which happened a couple of days ago. “Bang Bang Con 2021” took place on April 17, 2021, on the online platform. And honestly, we are still not over it.

Bang Bang Con is an online concert conducted by South Korean Kpop boyband BTS. BTS give treats to their lovely fans in the form of their outstanding performance to their old songs. The former Bang bang Con concert was accessible to people who bought tickets online. However, this year, the event was free for everyone. Even though the boys did not perform live for us, the whole event was mesmerizing. And many Armys stayed up to enjoy the whole show.

The virtual fest brought a lot of memories to the fans and as well as to the Grammy-nominated superstars. The schedule of the whole concert was designed for the army; it included BTS’s all hit and underrated songs. In all, the concert was indeed a hit, and clearly, Army and BTS broke records.

BTS announced a week before that they will hold a new concert. They also released the line-up and the schedule of the concert. Everything from songs to the themes was revealed. This made Army more excited.

BTS virtual event began with  BTS Begins (Memories of 2015). Back in 2015, BTS Begin was held for two days. Songs from their early albums, 2 Cool 4 Skool, O!RUL8,2?, Skool Luv Affair, Dark & Wild, and The Most Beautiful Moment in Life Pt.1, were performed at the virtual event. The boys performed songs like Jump; We are Bulletproof 1 & 2, Skool Luv Affair and Outro: Luv In Skool, N.O, danger, BTS Cypher, War of Hormone, Boy in Love, and many more.

The second installment in the concert was the BTS Muster. The boyband arranges a BTS muster for their fans every year. It is kind of a fan festival. All the seven members present skits and acts based on different themes and ideas for fans. For Bang Bang Con 2021, the boys recited BTS’s 5th Muster (Magic Shop) setlist that happened in 2019 in Busan. The songs in this setlist were 2!3!, Home, Love Maze, Whalein, Spine Breaker, Pied Piper, Dimple, Ddaeng, Idol, Ma City, and etc. 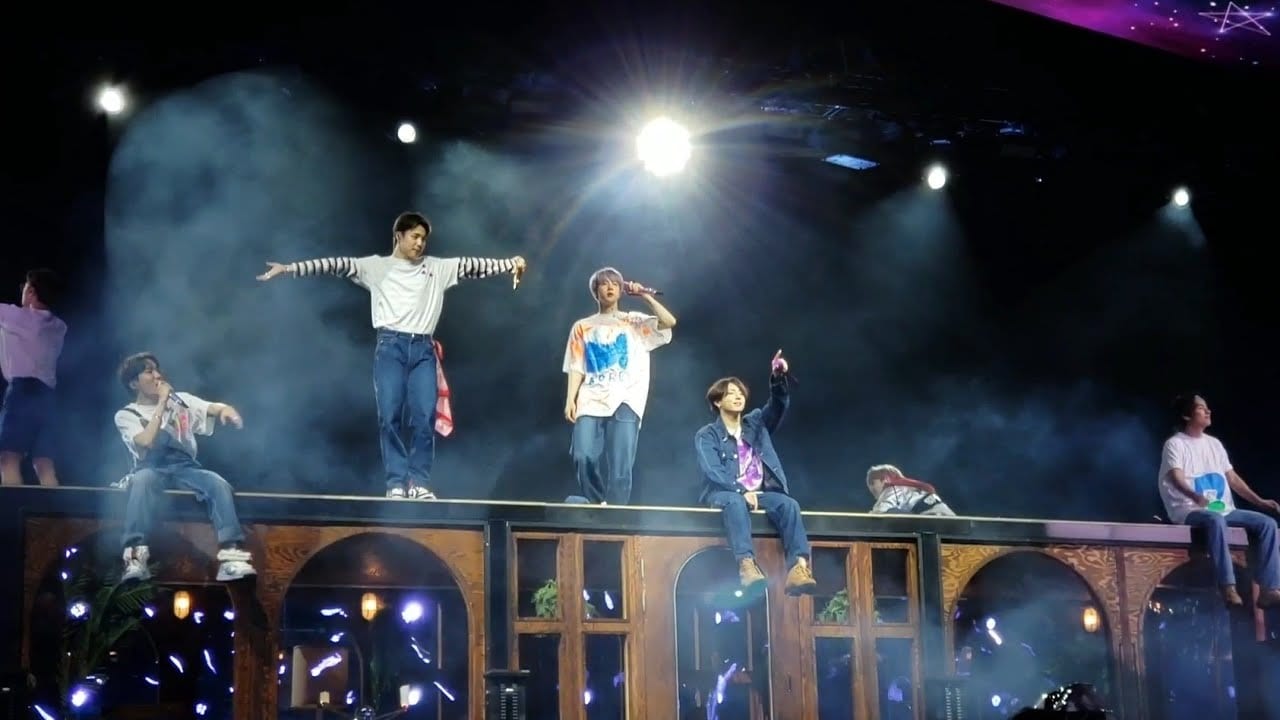 An image from BTS Muster 5.

Lastly, Bang Bang Con 21 ended their Speak Yourself Tour (Brazil). The boys made the event grand by including a night from their stadium concerts.  The band extended their tour in Sao Paulo, Brazil, on May 25, 2019, and May 26, 2019. They performed tracks as part of their BTS World Tour Speak Yourself during the concert.

Unlike last year, the concert was a bit different as the boys did not perform. But that doesn’t make it any less of an event. The performances were watched by millions of Armys this year as well. It’s always amazing to enjoy the unreal performances of the boys on their most magical songs. The live concert was available to stream live on BTS’s official Youtube channel, Bangtan Tv.

Performances on Spring Day, Dope, We are Bulletproof 2, and Boy In Love brought many memories. Also, Armys this year broke their own record. We know that it is not a big deal, but we still need to mention their achievements. According to statistics, the concurrent viewers this year were 2.7 million. While last year at Bang Bang con, the number was 2.4 million.

The boys recently released their new single, “Film Out.” And they recently revealed that they are working on new music. It’s clear that we are more than excited right now. And as soon as BTS or Hybe Music announces new updates, we will make sure to drop them on our website.

Till then, watch the new song down below.