So did things sort out between the unexpected best friends April and Clara in the ending of Banana Split or not? 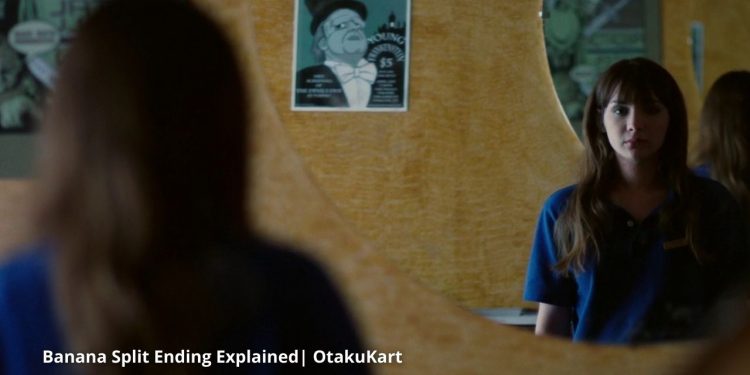 Banana Split as a teen movie would initially look like every other teen drama out there. At least that’s what we saw in the opening 10 minutes of the film. These opening minutes in fast-forward tell us how a girl met a boy to the point how things started to fall apart for both of them. It’s the story after that, and how things went on for April, the girl who found out his boyfriend now has a new girlfriend. The only thing is, everything is way opposite of what you or the character April would think of towards the ending of Banana Split.

Banana Split is a Benjamin Kasulke directorial with Hannah Marks, Liana Liberato, and Dylan Sprouse starring in the lead roles. Basically, Banana Split follows April, who falls in and out of a relationship with her boyfriend, Nick. When Nick’s new girlfriend comes into the picture, instead of avoiding or confronting each other, April and Nick’s girlfriend end up being friends with each other. Still, there was some jealousy in the air. So let’s take an in-depth look at what exactly went down.

Banana Split opens with the introduction of April, a shy girl in her high-school days who instantly clicked with Nick. They both hit it off on their first date, believing they don’t want to be friends. Nick and April went on to date each other for two long years doing all the things a couple usually does. From hanging out together to making out, to getting to know each other’s friend circles, fighting, and lastly, to the point, they were fed up with each other. With the fact they will be going to different universities say they certainly can’t stay together.

As April was single and working with life, she waited for the day she went to University. At the same time, she also missed Nick dearly and found out about a new girl he is dating through Instagram. April was certainly angry, and on top of that, this new girl was really beautiful. She was really into finding out who she was until out of nowhere, the same girl appeared at one of the parties April and her friends were at.

Ben, Nick’s best friend, told April she is Clara and what’s his relation with her. At this point, April only wanted to confront this new girl or punch her in the face. But she held back her emotions. It was just a matter of time they crossed paths. But things took another turn as they instantly connected with each other and enjoyed themselves together a lot.

Keeping away from Nick, both April and Clara grew closer instead of fighting for him. The girls broke down rules that would avoid Nick from ever getting between them. But, that’s the thing, no matter how much they avoid, it was evident there was something off. Let it be April noticing the love bite on Clara’s neck or Clara noticing April still has the playlist dedicated to Nick. So it was about to erupt sooner or later.

It was Nick’s Birthday, April felt an urge to send him a text. So she did while Clara spent a whole day enjoying with Nick. Things took a nasty turn while April, Clara, and Ben were hanging out together. Ben, on his side, was also keeping it a secret from Nick that his girlfriend and ex-girlfriend are hanging out together. Despite the fact, he is Nick’s best friend. Nick called him that day and felt something odd.

Post that awkward conversation, things start falling apart in the ending of Banana Split. Nick surprisingly called April. They hadn’t talked to each other in months, it was odd, but Nick only had called her to reply to her Birthday text. Clara felt April kind of broke the rules by talking to him. Still, they decided to avoid the conversation, and April asked Clara for a party this Saturday. But Clara was already going to that party with Nick. So April backed off and told her she wouldn’t come.

On Saturday, April couldn’t stop her and did go to the party. She even came across Nick and Clara. The moment only created awkwardness and growing tension between April and Clara. This came to the point where Ben had to take a frustrated April away from there. The frustration resulted in April making out with Ben.

Nick, on his side, couldn’t help but admit he felt something for April. So before they were off to their universities, he paid her visit the next day. They visited all the places they would miss from the time they were in high school together. They ended their day with a kiss. The next day, Nick broke up with Clara. She felt April was the reason behind it. Clara confronted April on her job, and a huge fight escalated that also saw April losing her job.

After everything that went down, Nick might be coming for April. Now, April owes him the truth that she kissed Ben, Nick’s best friend, the other night. So they muster the courage to tell him. This results in Nick punching Ben.  Still, it was the last time they all might see each other again. Ben and Nick later made up at work and became friends. Both April and Clara also felt the urge to text each other. So one of them did knock on the other’s door.

On the last dinner, before April goes to University, Clara comes to confess that she should have known how April felt. Even April confessed that she was jealous of her. Throughout the movie, Clara was trying to get her driving license. Towards the ending of Banana Spilt, she got it and decided to take Clara on one last ride together as she leaves for University.

Also Read: Beast Ending Explained: Who Is The Real Killer?

Is Cardi B Expecting Again? The Rumors Spread once More 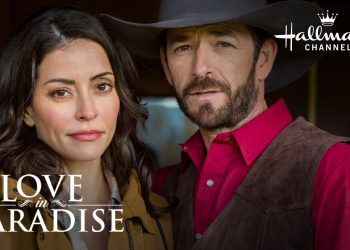