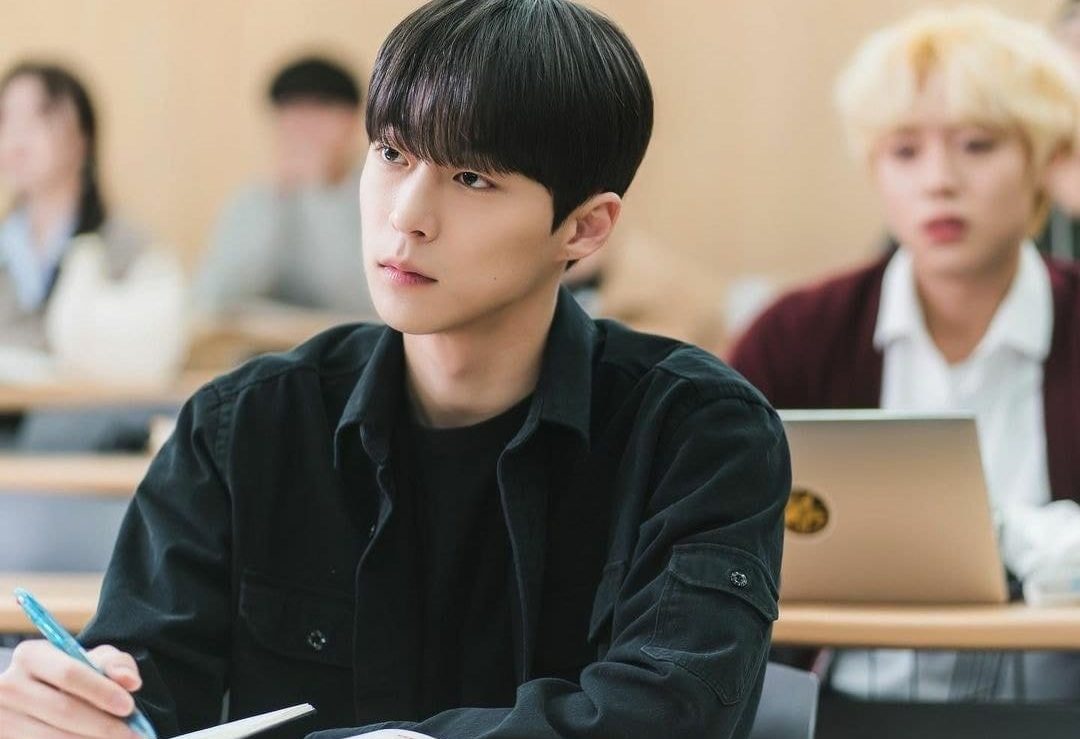 Now, let us talk about the talented Baek In Hyuk. Baek In Hyuk is a model and an actor too. Baek In Hyuk is popular for acting in the dramas XX as Danny and also The Spies Who Loved where he played the role of Kim Young Woo. He had risen to fame with the short web movie ‘Love Buzz’ with the role of Park Seung Jun. Besides, starring in ‘Blue Spring From A Distance’ he would be starring in the drama ‘My Roommate Is Gumiho’ alongside Hyeri. He was nominated for the Best New Actor Award at the 2020 MBC Drama Awards for ‘The Spies Who Loved Me’.

Baek In Hyuk will be playing the role of Nam Soo Hyun in ‘Blue Spring From A Distance. Nam Soo Hyun is a handsome and intelligent student. Nam Soo Hyun is very hardworking because he is the eldest of his family. Due to being poor economically and being the eldest, he tries to make a living for his mum and younger brother. He works hard in his classes and does various part-time jobs. Because of his situation, he is skeptical of other people especially rich people. But, he feels like his life is worthwhile when he meets his friends Yeo Jun who had worked on a project with him, and his batchmate Kim So-Bin. 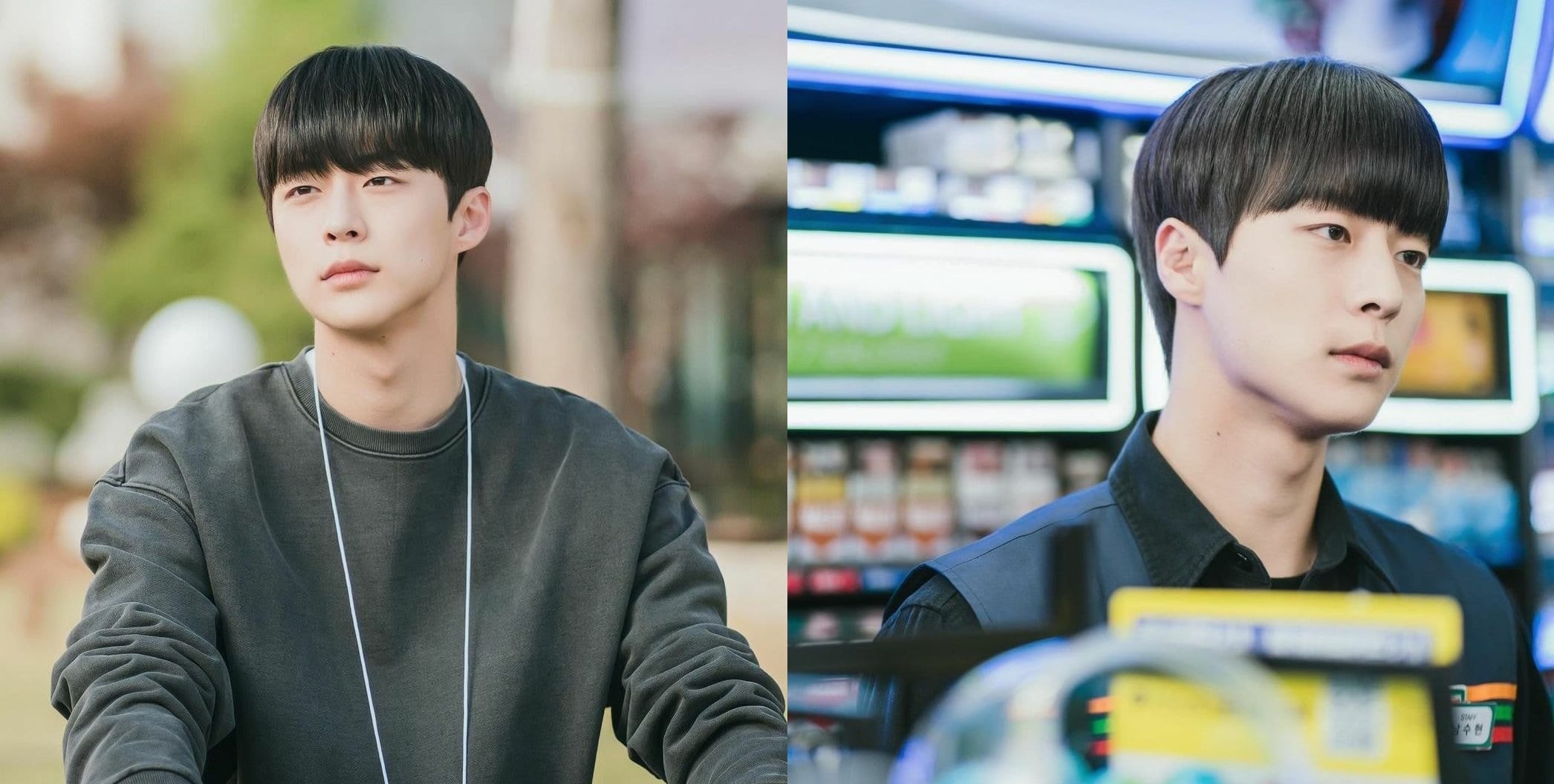 Baek In Hyuk has turned into the character of Nam Soo Hyun. Nam Soo Hyun keeps wearing clothes of colors like black and dark grey. He looks quite cold, but that could be because he has grown up with a lot of difficulties. Also, he does look quite attentive in his class as he wants to score the best in the upcoming test. Nam Soo Hyun looks quite tired and lonely while he works on his part-time job. It looks like he is thinking of what more to do to change his and his family’s life. Or, he could also be thinking that how his life changed after meeting good friends.

About Baek In Hyuk’s Cast And Their Characters 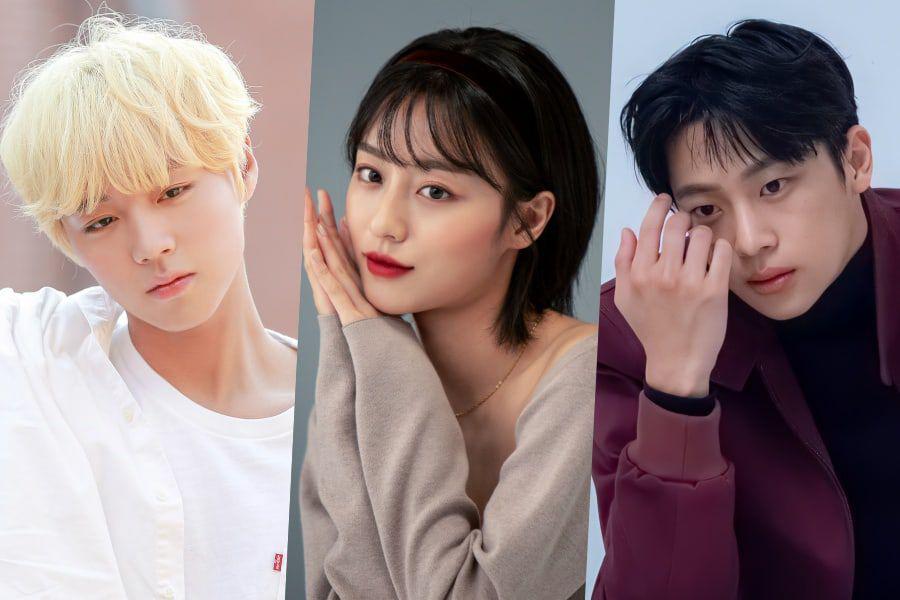 Yeo Jun is handsome and has a bright personality. It looks like his life doesn’t lack anything, he has money and luxury and can do anything with it. Well, that is what people think. But, beneath his bright personality, he is starving for love and affection as he didn’t receive enough from his parents. The character of Yeo Jun is played by the famous and loved Park Ji-Hoon. Park Ji Hoon is famous for appearing in the survival program ‘Produce 101’ and being a part of the eleven membered boy group ‘Wanna One’. He had amazing success along with the other members of the group. After the group’s sad disbandment, he had come back to his acting career. Ji Hoon had worked as a child actor, appearing on various musicals and television programs. He had returned to acting with the historical drama ‘Flower Crew: Joseon Marriage Agency’.

Kim So-Bin is also a hardworking third-year student in the Business Department of Myunhil University. She is quite an honest and sincere person. She has also gone through hardships in her childhood just like the other characters. Her parents had divorced when she was very little, and then she grew up with her father.  Kang Min Ah is a very talented actress. She had landed on her first main role just after a year of her debut in the drama ‘Seonam Girls High School Investigators’, where she played the role of  Yoon Mi Do. She had also appeared in True Beauty as Joo Gyung’s friend, Choi Soo Ah.

The drama is set to premiere on June 14 at 21:30 KST every Monday and Tuesday on Rakuten Viki. Don’t forget to tune in!