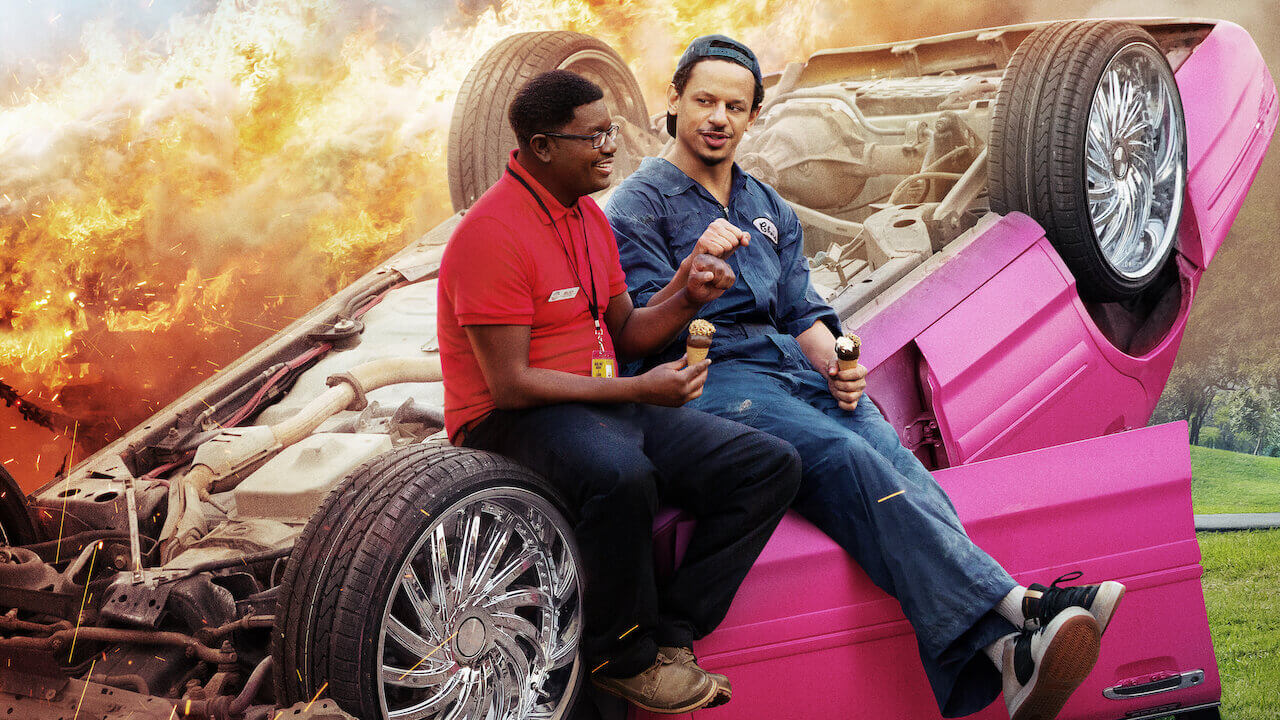 Bad Trip is a 2020 hidden camera comedy film that’s the brainchild of Eric Andre. It’s directed by Kitao Sakurai. The production credits go to Eric Andre, Jeff Tremaine, David Bernard, and Ruben Fleischer. Dan Curry, Eric Andre, and Kitao Sakurai have penned the screenplay. Whereas Sakurai, Andre, and Andrew Barchilon have created the story. Andrew Laboy is at the helm of cinematography, while Matthew Kosinski, Sascha Stanton Craven has edited the film. The music for the film is credited to composers Ludwig Göransson and Joseph Shirley. Distributed by Netflix, the film is a co-production between Orion Pictures, Bron Creative, Gorilla Flicks, The District, and Helo. The film stars Eric Andre, Lil Rel Howery, Tiffany Haddish, Michaela Colin, and Adam Meir in the chief roles. The film was released digitally on Netflix on March 26, 2021, to generally positive critical reception.

Bad Trip follows two best friends — Eric Andre and Lil Rel Howery. They are on a road trip from Florida to New York City. Eric Andre plays Chris Carey, and he’s going to confess his love to his high school crush, Maria Li. Michaela Conlin plays his high school crush. Tagging along with his best friend is Bud Malone (Lil Rel Howery). The best friend duo has stolen Bud’s sister’s car for their trip. Bud’s sister, Trina Malone, is a criminal and played by Tiffany Haddish. Throughout their trip, they are being chased by her. The film was initially slated for a South by Southwest premiere on March 14, 2020, and a theatrical release on April 17, 2020. However, like all other movies releasing in 2020, Bad Trip was also put on hold due to the COVID-19 pandemic. 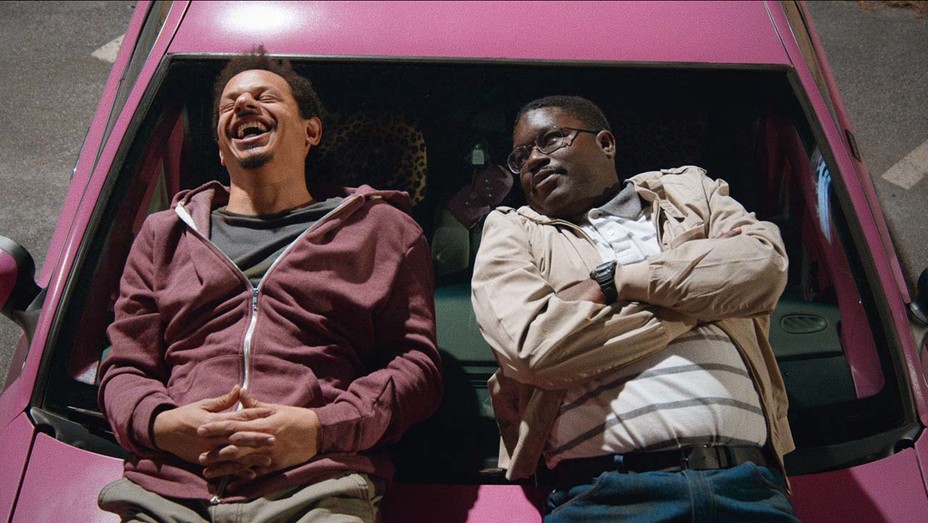 Andre and Lil Hel Howeery, and it must be freezing.

Bad Trip starts in a small Floridian town. We meet Chris (Eric Andre), who works at a car wash. As he washes a man’s car, a woman named Maria arrives at the car wash. Maria is Chris’s high school crush, and he tells this to the man whose car he’s washing. Chris then starts working on the car with a vacuum. But the vacuum is so overpowered that it sucks all his clothes off. A naked Chris panics and hides inside the car. The man whose car he was washing converses with Maria, trying to get her number for Chris. However, Maria declines and then leaves the car wash.

Meanwhile, Chris’ best friend, Bud, works at a computer shop. As he goes on about his daily work, Trina, his sister, pulls up in her car outside the shop. She talks with two customers for a while and then begs Bud to give her some money. However, Bud refuses to give her any money, and Trina goes on to rob the store. And she does so while being on house arrest. She robs the store regardless and removes her ankle tag as well. She then also gives some money to the customers to keep their mouths shut and not snitch. Later on, Bud and Chris talk about their lives, Trina, Maria, and also about going on big adventures.

Embarking on the Road Trip

A year has passed since their conversation about going on adventures. A plumber enters Chris’s house, and Chris surprises him by coming out of a bathtub full of beer cans. He has moved on from his job at the car wash and now works at a smoothie shop. One day, he is very late for work and storms out for the job. On his way to work, he wreaks mayhem all along. At the job, he encounters Maria again as she enters the shop. This time, he successfully engages in a conversation and also gets her business card. She tells him that she runs an art gallery in New York City. She hands him her gallery card. Smitten and wooed by the card, he loses focus and accidentally rams his hand into the smoothie blender. In classic Eric Andre style, we see another hilarious prank sequence with blood splattering everywhere. 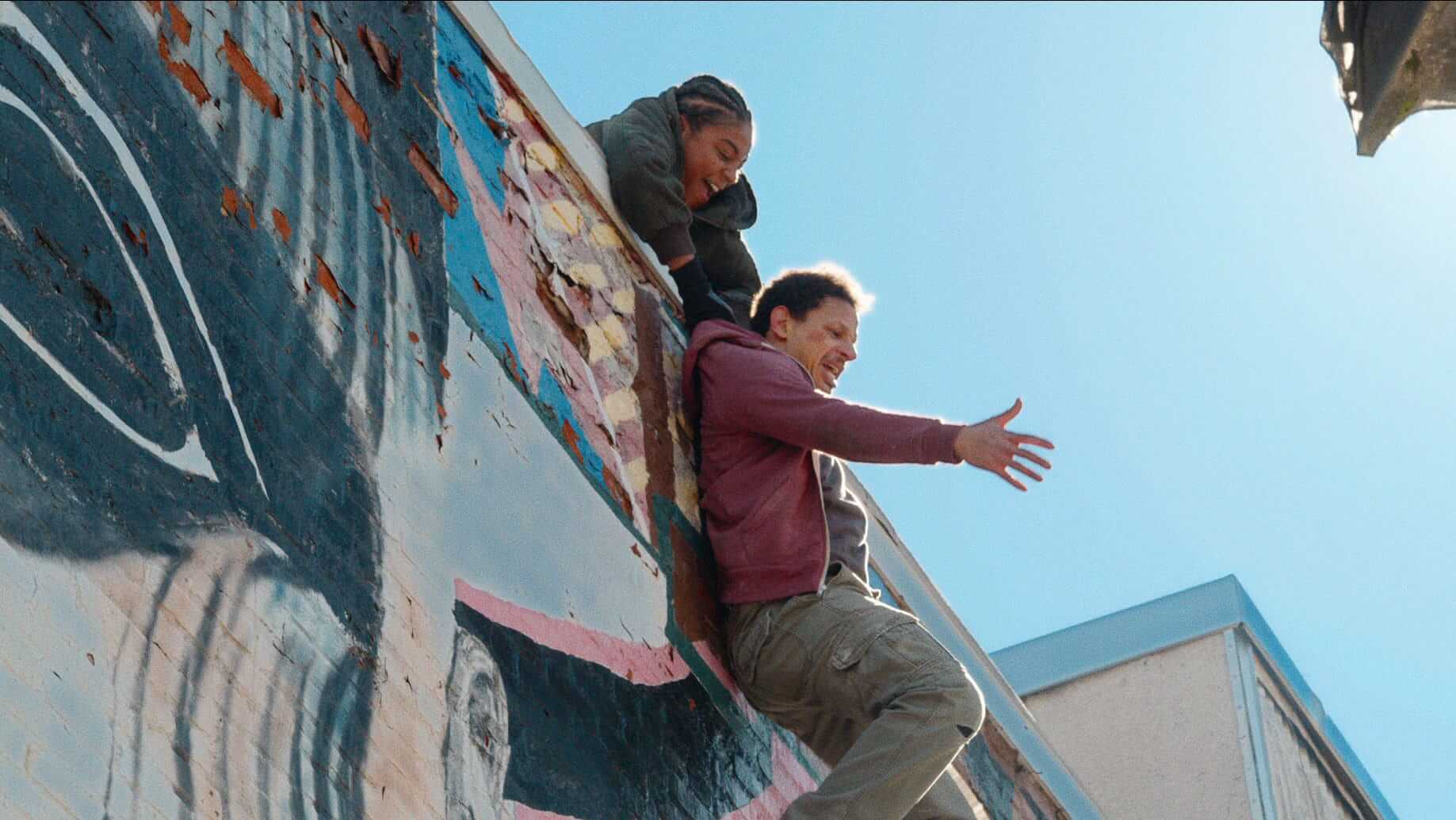 Afterward, Chris asks an old for some advice. The old man tells him to follow Maria to New York City. Another public prank ensues, and Chris bursts out with a musical number called “I Saw a Girl Today.” Everyone around him is rattled by the surreal and absurd activities. Later, Chris and Bud talk on a bus. They come up with a plan to go on a road trip to New York. To do that, Chris comes up with the idea to steal Trina’s car. Bud is scared and reluctant to the proposition initially, but when Chris reminds him that Trina’s in jail, he’s game.

Trina’s Chase and Showdown at the Art Gallery

While Bud the car out of an impound, Trina breaks out of the jail. When she finds out that her car was stolen by her brother and Chris, she’s enraged. She plans to kill the two and steals a police car to chase them down. On their way, Chris and Bud wreak havoc as they go along. Their havoc results in a gas station pump getting wrecked badly. They also go to a bar where Chris throws up immensely and get ultra-high. He falls off a high ledge after getting too drunk. The duo also visits a zoo where a Gorilla sexually assaults Chris when he breaks into his enclosure for a selfie.

Chris and Bud then crash Trina’s car. Bud panics, and then an argument between them breaks out. The argument leads to the two calling their friendship off. But when Chris receives words of wisdom from an army recruiter, he heads off to patch up. He finds Bud on a bus, they talk, and finally makeup. Then they finally arrive at Maria’s art gallery. Meanwhile, Trina finds her car, all damaged up. She also finds Maria’s business card and heads off to hunt the duo down. Chris confesses his love to Maris, but she rejects him. Then Trina arrives at the gallery and starts attacking Chris with all of the art pieces.

Trina’s onslaught continues as she chases him down and then leaves him dangling off the roof. However, Bud intervenes and saves him, finally standing up to his sister. Trina is happy that her brother stood up against her for once and hugs him. Chris and Bud return to the gallery, and Maria, discombobulated by what just happened, asks them to leave. Near the end of the film, the duo cross-dresses as white women at an environmentalist fundraising gala. Trina also joins them and dresses as a white man. The trio then performs the DMX song “Party Up” on the stage, much to everyone’s horror and discomfort.

Bad Trip is a gem of a hidden camera comedy film. It plays on everything that Eric Andre has come to be known for by now. It employs the same brand of humor that The Eric Andre Show has. However, it has somewhat of a toned-down and more accessible watch than the show. The prank segments are in similar veins to the show. But I feel they’re much more enjoyable here as we also get to see some behind-the-scenes footage at the end. The people that Andre and the team prank later become familiar with the premise. They’re shown the camera and told it’s all for the prank at the end — making it all more wholesome. It’s a much more warm and welcoming kind of prank business — a rarity in the hidden camera prank comedy subgenre.

Bad Trip is a comedy riot, through and through. Eric Andre, Lil Rel Howery, and Tiffany Haddish are okay their parts with perfection. A lot of comedy derives from the great improvisational abilities of the cast here. Eric Andre demonstrates his polished and great improvisational skills. One big reason for the hilarity in the movie is the reaction from the unsuspecting victims of the pranks. They are left in horror, discomfort, and shock whenever the absurdity transpires. But the pranks are harmless and not just the sake for trolling people. The film is, of course, very reminiscent of The Eric Andre Show. This is also due to the reason that Sakurai, director of many of the show’s episodes, has directed the film. 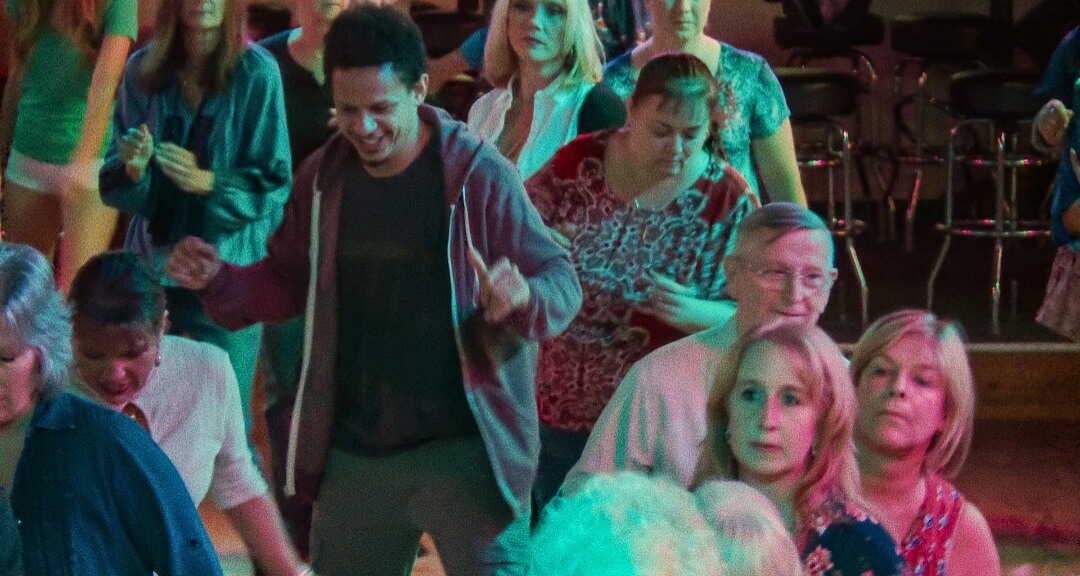 A surprisingly wholesome, well-executed, and impeccably improvised, Bad Trip is a great time with even greater rewatch value. My rating for Bad Trip is 4 out of 5.

You can stream Bad Trip on Netflix.