A new situation arises as Pran and Pat move on with their relationship. However, this time it's a bit different as Pat's parents may suspect something 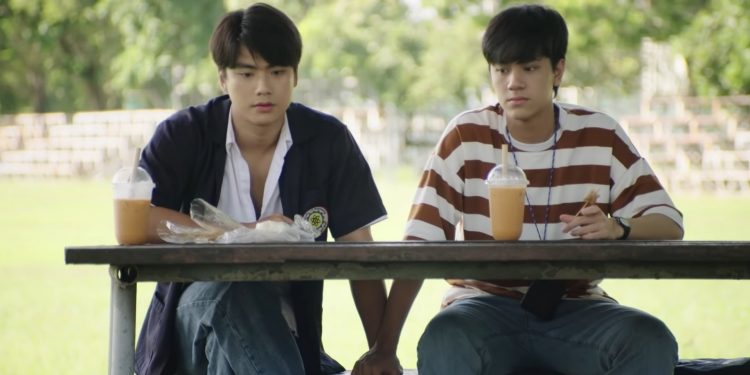 ‘Bad Buddy Episode 10’ will head for the real cause of the chaos between the two rival families. What caused such a clash that resulted in being enemies for so many years? Now, with everyone knowing Pran and Pat’s relationship, will they accept it, or will things go completely out of hand?

The BL drama has only a few episodes left before it reaches for its finale. Meanwhile, Pat seemed to fall into a deep problem. Will Pran be able to save him? Also, will the ice ever break between Wai and Pat? It is already difficult for the boys as they have their ever rival families to confront to and if amidst that, their friends also go against them, then it will be a difficult situation to handle. The series has gained appreciation not only for its casting but also for its unique storytelling concept—something which differs from the other BL dramas.

The way Pran and Pat’s secret got revealed did make our heartbeats race. With everyone now acquainted with the fact that they are dating, things were a bit rough at first. Both Pran and Pat’s friends ignored them, which included Wai getting worked up on Pran and Pat’s friends not letting him share a seat with them. However, later it was revealed that it was Wai himself who made this secret out as he suspected Pran’s recent actions. Interestingly, things didn’t turn up the way we all expected. For Pat, Korn was super supportive about their relationship but had to behave in a certain way because of their seniors. However, it was different for Wai. He expected that Pran would at least inform him. After all, they were best friends.

Ink, Pa, Pran, and Pat settle for dinner together, where the topic of sexuality came into discussion. Here, the way this was handled was commendable. Ink tried to give Pa a hint that she’s starting to develop a little bit of likeness towards her, although she soon changed the topic by saying it was a joke. Was it?

While Pat was trying every possible way to connect with Wai, things just were not falling in place. Meanwhile, Wai got into a situation with the players from the rugby game. Pat tried to save Wai despite knowing that the boys could harm him. During the fight, he got injured, resulting in getting admitted to the hospital.

The police thought that the armed weapon was Pat’s as it had his fingerprints all over it. This time, Wai helped him by sending Pran the video which showed how those boys were the ones holding the weapon. We can say that though not friends, but the ice has been broken.

When Will Bad Buddy Episode 10 Release?

Bad Buddy Episode 10 will release on 7th January 2022. The series maintained a beautiful pace where no scene felt rushed. Pat and Pran have their ways of dealing with a situation, but in the end, they are always there for each other. Every Friday, one episode gets on aired, so you get enough time to binge-watch the series anytime in-between as well.

How To Watch Bad Buddy Episode 10?

Bad Buddy Episode 10 will air on its original network GMM 25 Tencent Video. The drama has 12 episodes in total with a duration of 45 minutes approximately. For the international audience, the drama can also be viewed on the Youtube channel of GMMTV. Apart from that, WeTv is also there where you can avail yourself of this drama. Bad Buddy is often credited by its fans for being one of the best BL dramas, and why not. It has all the elements to become one.

The series focuses on many such points as sexuality, gender roles which often are not so widely discussed. If no further changes in the schedule take place, the drama will end on 21st January 2022.

When everything felt sorted, that’s when things got a bit out of hand. Pat’s parents saw Pran coming out of his hospital room. How will they react to this?

Or will they leave the situation by thinking that it was just a visit based on humanitarian grounds? In the upcoming episodes, the boys will try to find the very reason due to which the problem started. Will they succeed or not? That’s will be something to look forward to.