With episode 12 on ‘Bad and Crazy’ coming out next weekend, Soo Yeol will be facing his past and end it all for once. While to catch Jeong Yun Ho, Soo Yeol was all set to put himself through misery. Sitting with Shin Ji Hyuk in therapy and starting the treatment. Ju Hyuk asked K to take over Soo Yeol as he went on to reveal his real self. But as soon as things got a bit out of hand after triggering K talking about his past. He said that he was just acting. Making Soo Yeol doubt himself again, Ju Hyuk asked him how can he be so sure that it is Yun Ho who killed his father and not K.

After the whole investigation led by Soo Yeol, his life is now upside down. As Jeong Yun Ho had been playing the savior therapist Shin Ju Hyuk in everybody’s life including Soo Yeol and his mother. Turning everyone in Soo Yeol’s life against him playing the doctor. Using his mother, he had him framed as a murderer too. As his mother too was losing her mind’s control because of her Alzheimers and constant manipulation. And she told him that he’s the one who killed his father, he’s starting to lose his mind too. Getting arrested and having no sense of reality, Soo Yeol ended up shooting Yun Ho and getting locked up at the mental health center.

Coming back to Ju Hyuk’s office at night, Soo Yeol and K went on to look for the therapy recordings. Hoping they would find some lead in the previous cases too, they found a box with CDs and pen drives. While the team saw Ju Hyuk manipulating kids into vomiting murder during their counseling session. Yun Ho sat analyzing Soo Yeol’s video, thinking if he recognized him. Asking Ju Hyuk about what does he thinks Yun Ho wants from him, Soo Yeol told him that he’s tired of this game. On his way back home, Soo Yeol got attacked by Boss Yong asking him who killed Andrei. Trying to get her on his side, Soo Yeol gave her his word and made her surrender. But the seniors aren’t so sure about taking Shin Ju Hyuk to court with a drug dealer as their witness.

Despite all the efforts, all Soo Yeol got to hear was to collect more evidence to support his claims. But getting a warrant against Shin Ju Hyuk, things were going to become easy. Yun Ho being a step ahead manipulated Bok Jun into thinking Soo Yeol is Jeong Yun Ho. As he was about to choke him to death, Yun Ho came and stabbed Bok Jun. Finally arresting Yun Ho and taking him into the interrogation, Soo Yeol was all ready to take the villain down. But Shin Ju Hyuk went on to gaslight Soo Yeol, saying he’s the only one who saw Jeong Yun Ho. And he’s the one behind all the chaos.

‘Bad and Crazy’ Episode 12 Release Date and What To Expect?

‘Bad and Crazy’ Episode 12 will release on 28 January 2021 at 10.30 pm KST. After what went down in the interrogation room, Hui Gyeom was pissed off from Soo Yeol. Deciding to come clean and not confuse her anymore, Soo Yeol told her that K is also a part of him. Not wanting to make things more complicated, Hui Gyeom dismissed Soo Yeol from the case. Soo Yeol’s doctor was also gone because of the gambling charges against him, leaving him on his own. Now four months later, Soo Yeol is all set to take down Jeong Yun Ho and all the people who’ve been holding him back.

‘Bad and Crazy’ Episode 12 will be available to watch on channel tvN and the streaming platform iQIYI.

Also Read: ‘The One and Only Episode 11’: The Deteriorating Condition of Pyo In Sook & Her Blooming Relationship With Min Woo Chun 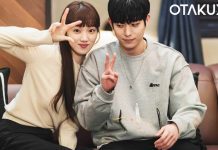