After all the wait, ‘Bad and Crazy’ Episode 1 is finally releasing this weekend, and the fans are not okay (in a good way). The production team went on to release a highlight video of the show. Giving a look into the storyline, making fans knit their own theories. Weeks ago, when iQIYI dropped the behind-the-scenes from the ‘Bad and Crazy’ poster shoot. The fans were drooling over the visuals Lee Dong Wook, Wi Ha Joon, and Han Ji Eun were serving in the video. The actors can be seen talking about their concept and the looks of the characters they are playing.

While Lee Dong Wook talked about the character of the cop, he is playing. Wi Ha Joon wore his character ‘K’s signature look, the biker jacket, and that damn smile. Playing around with his signature helmet and getting into his character. While Dong Wook gets beside him, becoming Ryu Soo Yeol. Han Ji Eun and N also appeared talking about their characters. The production team also organized a press conference on December 13, 2013. The conference was live-streamed globally, and the media and fans got a chance to interact with the actors.

‘Bad and Crazy’ Episode 1 will release on December 17, 2021. Fans literally can’t wait for the bromance they are about to witness in the show. Along with how the things will go with two personalities interacting in public. Here is a look at what might happen in episode 1. In the official trailer out, Ryu Yoo Seol introduces himself, boasting his capabilities. Telling people that he doesn’t care about the promotion (but we know how much he wants one). But one day, out of nowhere, he runs into a crazy biker dude named K.

As the biker guy tells him that he is the last hero of this generation and is going to punish every piece of garbage out there is. Yu Seol can’t believe the thing he is looking at or what even is coming out of that thing’s mouth. As K refuses to leave Yu Seol’s side, there is no other option but for him to make peace with him.

Will The Peace Ever Come Though?

Let alone peace, Soo Yeol can’t even have his privacy with K attached to him all the time. If that doesn’t sound painful for him, to make the story more interesting, his ex-girlfriend, Hui Gyeom is also his coworker. While K seems to be in love with her. She can’t understand what is happening with Soo Yeol. On the other side, Hui Gyeom becomes a target of an attack while Soo Yeol kind of gets on the bad side of the congressman he was supposed to be good with.

Where To Watch ‘Bad and Crazy’ Episode 1?

‘Bad and Crazy’ Episode 1 will be available to watch on the Chinese streaming platform, iQIYI with a subscription. The Korean drama is said to have twelve episodes in total. With each episode having a runtime of 60 minutes. Running from December 2021 to January 2022, ‘Bad and Crazy’ will air its new episodes every Friday and Saturday at 8.40 PM KST on channel tvN.

Fan’s Reaction On The Teasers

With every teaser out, the fans just want to get more of it. Loaded with excitement, fans of ‘Bad and Crazy’ do have some hopes. As looking at the teasers, the show is giving the vibe of ‘Kill Me Heal Me’ and “Two cops”. Many fans are hoping that Soo Yeol does not have multiple personalities and that K is a real person. As in the teasers, Soo Yeol and K can be seen interacting with each other. A scene where K is behind the counter with a goon in between him and Soo Yeol. As Soo Yeol tells K to hit him, the goon in the middle attacks him. While this suggests that K might be a split personality, this could also be the case of miscommunication between the three.

Also Read: Avasarala and Rocinante On A Mission To Shift Power In The Expanse Season 6 Episode 2 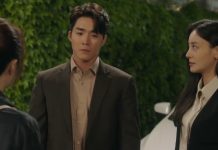