Most of you have already watched the South Korean drama Backstreet Rookie, directed by Myoungwoo Lee. The drama Backstreet Rookie was released in 2020, and by now, it has amazed and accumulated a massive number of viewers. There have been several controversies over social media regarding the kissing scenes and romance in the drama. In this article, we shall talk about the review of the romantic comedy television series Backstreet Rookie. Also, we shall discuss the cast of the drama. Those who still haven’t watched Backstreet Rookie must be wondering where to watch it. Well, there is nothing to worry about. We shall discuss the platforms as well where all the 16 episodes of the drama are streaming.

The drama is based on a webtoon called Convenience Store Seat-byul by Hwalhwasan and Geumsagong. The storyline of the drama is written by Son Geun-Joo. Several famous Korean actors have played their roles in this drama. Some of you still haven’t watched it. I would highly recommend you to watch Backstreet Review and have your own opinion. After reading this article, I m sure most of you will end up watching it. So, without further ado, let’s start. Go ahead and get into this article to know more about Backstreet Rookie.

Backstreet Rookie: Review of the drama

Backstreet Rookie is a South Korean drama is was released on 19 June 2020 and continued with 16 episodes till 8 August 2020. In the drama Backstreet Rookie, we shall see Choi Dae Hyun and Jung Saet Byul as the leading characters. After working himself to death, Choi Dae Hyun decided to hire a person to help him run his convenience store. He reluctantly hired Jung Saet Byul, who used to be a troublemaker. It caused problems between Dae Hyun and his girlfriend, Yoo Yeon Joo. Lately, we saw him get more concerned about Jung and finally got obsessed with her. He always used to be very worried and suspicious about her. The love triangle got super interesting when a handsome celebrity friend of hers gets into the picture.

The drama taught several lessons like not to judge someone based on their looks and background. Jung was stated as a troublemaker as she had no parents, and we have seen her raising her sister alone. But that’s not the real case. Also, Dae Hyun was looked down upon as he was from a community college. There he was mistreated, and thus, later on he ended up opening a convenience store. Also, in the very earlier episodes of the drama, it was very clear that Dae Hyun wasn’t meant to be with his girlfriend as she was very much embarrassed by him. That’s not how a relationship works. The drama depicts romantic relationships as well as several family issues. When it comes to the chemistry between Dae Hyun and Jung, it was amazing, crazy, strong. The age gap between the two leads in real life is quite huge but on-screen, their chemistry has been legit. The bond was very balanced between the two in the drama. At the end of the drama, we found Jung to leave a letter to Dae Hyun, giving him all space. Also, she left to work on a farm. The ending of the drama is quite nice and fuzzy. Since the drama is based on a webtoon mentioned earlier, it had the comic book special effects and editing of the action scenes.

Overall, the drama received mixed reviews from critics and audiences. I would recommend you to watch Backstreet Rookie. The drama itself is very light-hearted and lowkey. We shall discuss the streaming platforms shortly.

Where can we watch Backstreet Rookie?

Those who haven’t watched Backstreet Rookie must be wondering where to watch it. Well, you can watch it on VIKI, iQIYI. You can watch the entire drama on VIKI with VIKI PASS STANDARD. You need to have subscriptions to the above-mentioned networking sites to watch Backstreet Rookie. Those who have already watched the drama, how much did you like it?

Several South Korean actors have played their roles incredibly in the drama Backstreet Rookie. We will see Ji Chang Wook, Kim Yoo Jung, Han Sun Hwa, Do Sang Woo, Sol Bin, Kim Min Kyu as the leading actors in the drama. They have played the roles of Choi Dae Hyun, Jung Saet Byul, Yoo Yeon Joo, Jo Seung Joon, Jung Eun Byul, Kang Ji Wook respectively. Apart from them, there are other supporting actors as well whose contribution is as same as theirs. 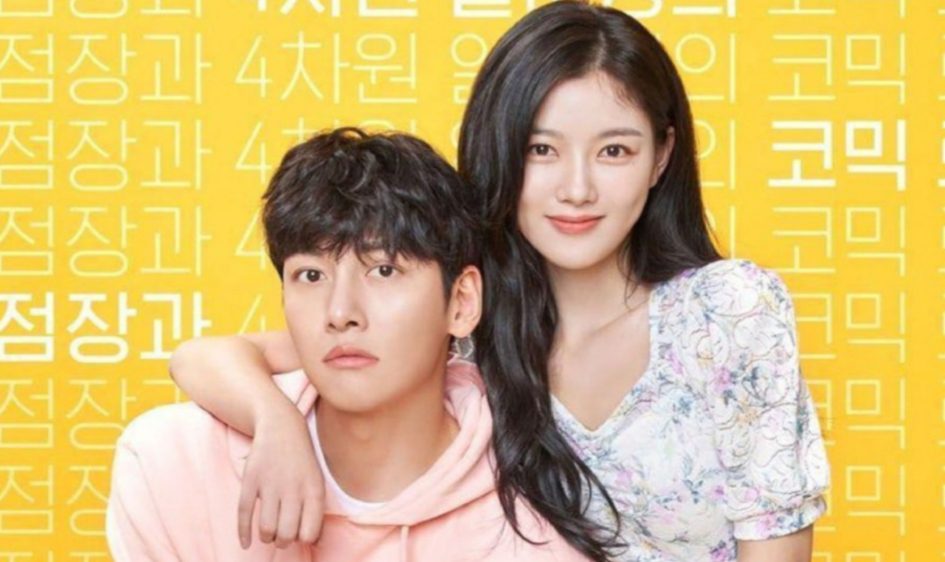 Those who haven’t watched it yet, I am sure you will end up watching Backstreet Rookie after reading this article.