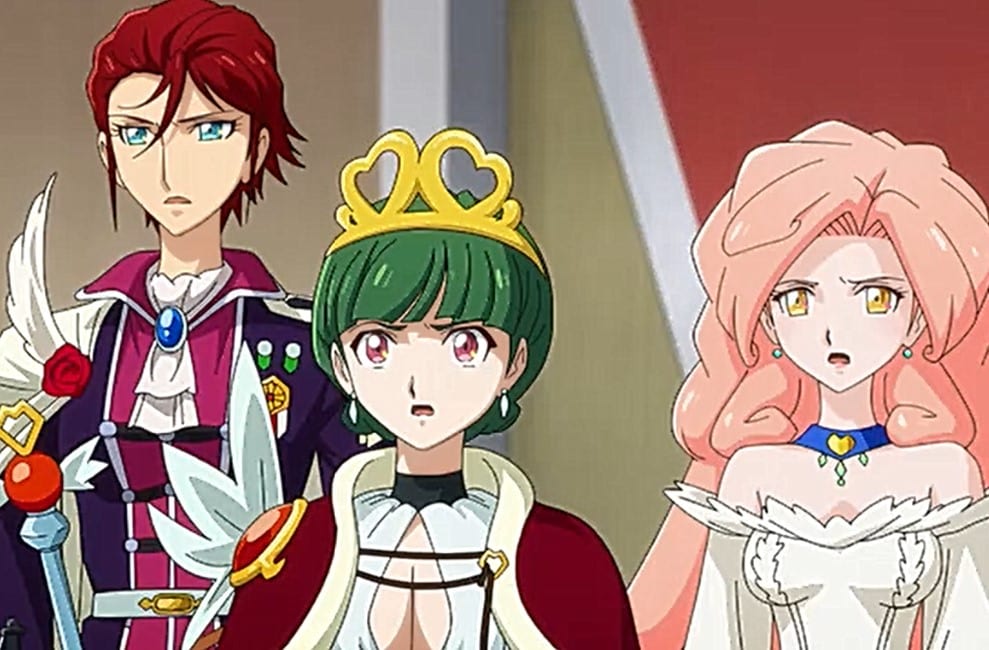 After realizing that his conviction is powerful, Bitt joins the battle and helps Arrow, and they decide to defeat Rudolph. Rudolph got beaten, but Arrow started another fight with Kai. Arrow’s team notice that Arrow has lost control of himself, and they have to stop him. During the battle, Shuu surprises everyone by appearing after his disappearance. He went near Arrow and took a Bind Warper that causes Arrow to vanish. Shuu offers his hand to Arrow, who thinks Shuu might disappear by touching him.

Shuu shakes his hand with Arrow, but he didn’t vanish this time. Arrow is glad that he is back to normal, and Shuu comments that this guy is the old Arrow again. Shuu reveals that he rewrote Arrow’s data and erased the Destroyer. Arrow is glad that the World Destroyer that possesses his body got erased. Shuu told Arrow that he could remain unmanifest again. But Arrow became tinny human after unmanifest. Kai notices that something is wrong and points his blade at Shuu, asking who this is.

Previously on Back Arrow Episode 22

Kai told the guy in front of him that he might be Shuu, but he has to explain. The guy insists that he is Shuu Bi, Kai refuses to believe that the guy in front of him is Shuu. Bitt interfered and told Kai to relax since that guy is Shuu. Bitt reminds Shuu about the promise they made before he vanishes. Shuu compliments Bitt that he has managed to wield that Bind Warper.

Shuu apologizes for taking a decision alone and acts without telling the rest of the team. Atlee comments that she thought that Shuu has gone to heaven. Shuu replies that he will never make such a dumb mistake. Then, Shuu recalls the time Bitt receives the Bind Warper that brought him back to life. That time Bitt receives the Briheight from Shuu, who reveals that Bitt is buying him time-fighting with Rudolph while he erases the World Destroyer. 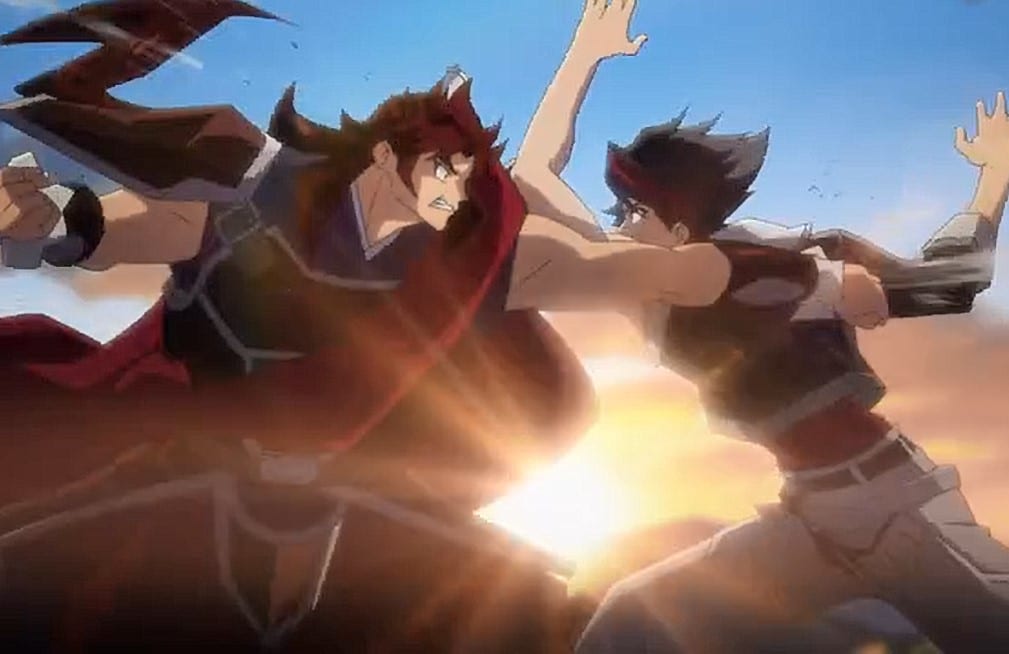 Bitt asks Shuu what he is saying. Shuu reveals that when Bitt is fighting with the villains, the time will be enough for him to get the job done and return. Shuu created the Briheight that resembles him and sent it to the battle with Bitt. He comments that his conviction is “I think; therefore I am.”Shuu also said that his Briheight wouldn’t let him become a giant weapon. Bitt realizes that Shuu’s Briheight is like Muga’s Clones. Shuu replies that by using the power within the Briheight to help Arrow save the world.

He also said that Arrow turns people into conviction to become God’s nourishment. Shuu also comments that it means the Destroyer turns life into something and sends it off to God. But Princess Fine’s power doesn’t work. Shuu explained how he let Arrow erase his Briheight.In the present day, the warriors who fought against Rudolph enjoy the food cooked by an automatic cooking stove. The higher-ups praise the Gradnedger that it can even cook excellent food.

Kai comments that they are having a feast before an important meeting. Shuu remarks that people in Rekka and Edger tend to get irritated when hungry. Bitt enjoys eating meat and different foods with the rest of the team. Ren is guarding Arrow thinking that Arrow might run away. Prax comments that Arrow will stay with them, and Ren replies that she won’t get fooled. Later, Kai and Arrow had a combat training battle, and Arrow breaks Kai’s sword using his bare hand. Finally, Arrow won the war and commented that he would protect this world.

Back Arrow Episode 23 release date is 12 June 2021. You can watch Back Arrow online on Funimation.