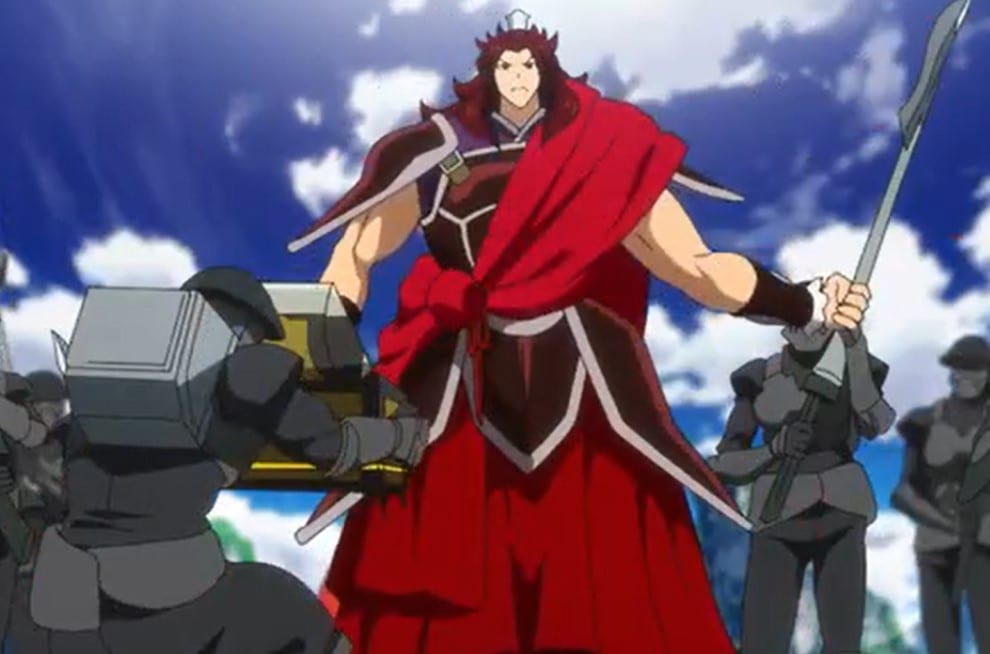 Lingalind is a world surrounded by a where wall enshrouds the land protecting, nurturing, sustaining the land. The wall is a god that is the basis of Lingalind and it is divided into two nations. One taking pride in intelligence the Supremacy of Lutoh and the other honoring valor above all the Republic of Rekka. One day Shu Bi witnessed an omen. He talks with his team that it is predicted to fall East of Gentosho near the border of Lutoh.

Ren asks the throne to deploy and retrieve it and General Kai calls Shu Bi that there is no need for that. He reveals that Shu’s prediction was right it and he is heading there to retrieve it. The capsule falls on the ground coming from the sky and Kai along with his team reaches there. They collected all the Rukuho and Briheight shows up with his crew. He asks if they are goons from the Republic of Rekka and Lutoh will be taking possession of that Rakuho.

The latest new Back Arrow Episode 2 will be released on Saturday, 16 January 2021, at 12:00 AM JST. Back Arrow will keep on releasing new anime every Saturday. You can enjoy visiting the anime’s official website at back-arrow.com. and watch it on AnimeLab and Funimation. Let’s take a look below. 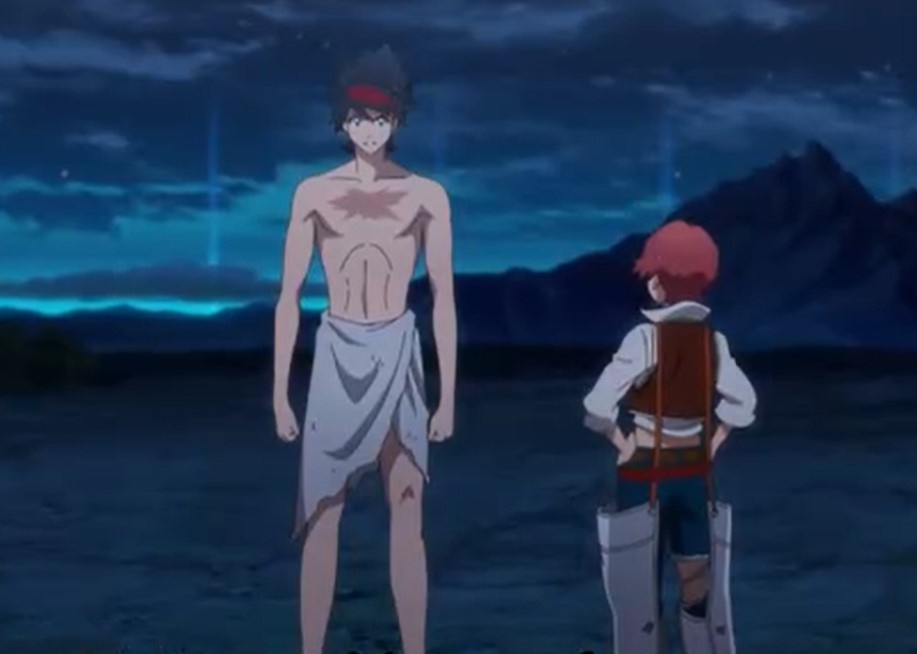 Previously on Back Arrow Episode

The two armies started to fight and at the HQ they notice the war. They decided to send reinforcement and Shu told them that they must have faith in Kai. Meanwhile, the guards bring the bind warper to Kai who transforms into a robot. Briheight’s army saw the power of the new Kai and they decided to retreat. Kai unleashes a manifest armor that leveled his power with Briheight’s power.

Briheight summons another strong army from the sky and tells Kai not to underestimate the power of numbers. Kai replies that those who are not afraid to die don’t belong to Brigheight’s army. Kai defeated Brigheight’s army with ease and another Rakuho falls from the sky. At the HQ they are surprised why another Rakuho is falling since they fall one in a month. Meanwhile, at Edger village Eisha is teaching  Bit to hunt.

Atlee spotted a little girl playing at the edge of a hill and she saved her using a whip. The children get excited thinking that she is playing a game of saving them. She told them that she doesn’t like playing a dangerous game like that. Bit came back to the village with a mini animal. They laughed at him since he was thinking that he made a big catch. The hornhare is not even enough to feed the village and Bit is worried that he can hunt and bring more food to the village.

Atlee comments that it is better than having nothing. The capsule that was falling for the second time hits the Edger village and the villagers realize that it is Rakuho. They also thought that there is food inside the capsule. They prepared the fire and started to burn the capsule thinking that they are cooking food that is inside. The capsule got opened and a powerful show up kicking Bit. He said that it is hot inside and lands on the ground with a naked body.

Later they ask the guy who he is and he replies that he doesn’t remember anything but he comes from the other side. He asks if they can help him get back since he came beyond the wall and the villagers laugh at him. They know that no one has ever been there and it is like he is saying a human has gone to heaven and came back to earth. The guy tries to explain and they tease him that he must first get his pants and then come back.

Eish tells him that the wall protector their world. The guy insists that he is going beyond the wall no matter what. They think that there is no such thing as beyond d the wall and if he has lost his memories he can try to get them back. A bandit shows up at the village using the power that he got from Breiheight. The bandit blames the villagers for opening the capsule and he asks them to bring the Rakuho.

The villagers point at that guy saying he is the one that was inside the capsule. The bandit started to burn the village using his powers. That guy tried to reason with the bandit so that he can leave the villagers. The bandit notice that the veil that the guy was wearing falls back and he said he is not nuts to talk with a naked man. Atlee gave the guy pants that she took from her father’s drawer. Atlee tells everyone to run and said that she will protect every one since she is a sheriff.

She showed Eish a bind warper that her father passed to her after passing away. After unleashing the power of bind warper she clashes with the bandit but she got overpowered. The guy went inside the capsule and took the bind warper saying that he won’t give it back since Atlee risked her life protecting the villagers.

After wearing the bind warper the guy defeated the bandit. The villager witnessed a battle they have never seen in their life. Bit tease the guy that he’s just an arrow without clothes. The guy said that he will go with that and they can call him Back Arrow.

As of now, that is how we conclude our post with all of the above updates. For more updates, if you have missed the previous one, try to read it here Back Arrow Episode 1.