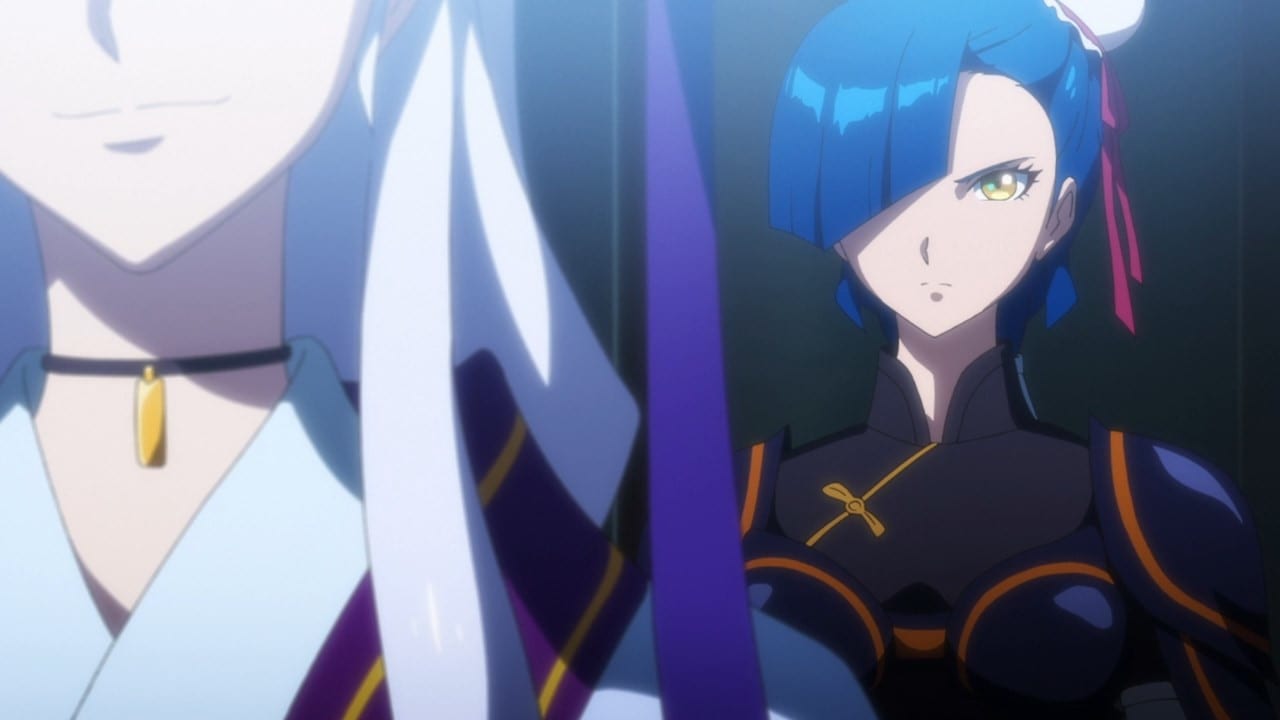 A still from Back Arrow anime.

Princess Fine and the Queen of Granedger saw a flying dreadnought during the ceremony. They wonder who is responsible for that, but inside the dreadnought, one of the Supreme, who started to kill the citizens. He comments that kneel before me, warriors of Rekka. Atlee notices that the dreadnought is as big as Granedger, and Zetsu arrives with his crew. Zetsu laugh and comments that Tae is impressive and he has really done it. He told Queen of Granedger Atlee that the signing ceremony is over.

Princess Fine wonders what Zetsu talks about since they have made peace and an alliance after the great war. Zetsu told them that they would meet at the battlefield. One of the Supremes comments that their new Lingalind is already falling apart, and they will now pay for doubting him. He joins Zetsu’s party and left the building with the crew. Pretty Boys from the farm decided to trust Arrow’s crew that they will take care of what’s coming. Everyone is left stunned since they know that the war was over, but now the table has turned.

Previously on Back Arrow Episode 17

Arrow and Shuu are outside facing Tae, and the dreadnought Arrow realizes that Tae is pulverizing the citizens using his powers. He decided to rush in, and Shuu told him to wait and plan. But when he attacks, his attacks got deflated away by the dreadnought. They realize this means war, and it will include the dreadnought and the Granedger. Arrow thinks if that big thing can fly in the sky, the Granedger can, too.

Arrow attacks the weak spot, but he is surprised when nothing happens. He realizes that Tae has come fully prepared. Tae laughs at Arrow while calling him a fool and comments that he is not stupid enough to expose himself to steer the ship like that bumpking girl. He reveals that his conviction is to protect himself at all costs. Tae attacks Arrow with massive blows that landed. He told Arrow that he wouldn’t be hurt or defeated easily, but he is a winner. Atlee and Eisha call Arrow and  Shu to withdraw. 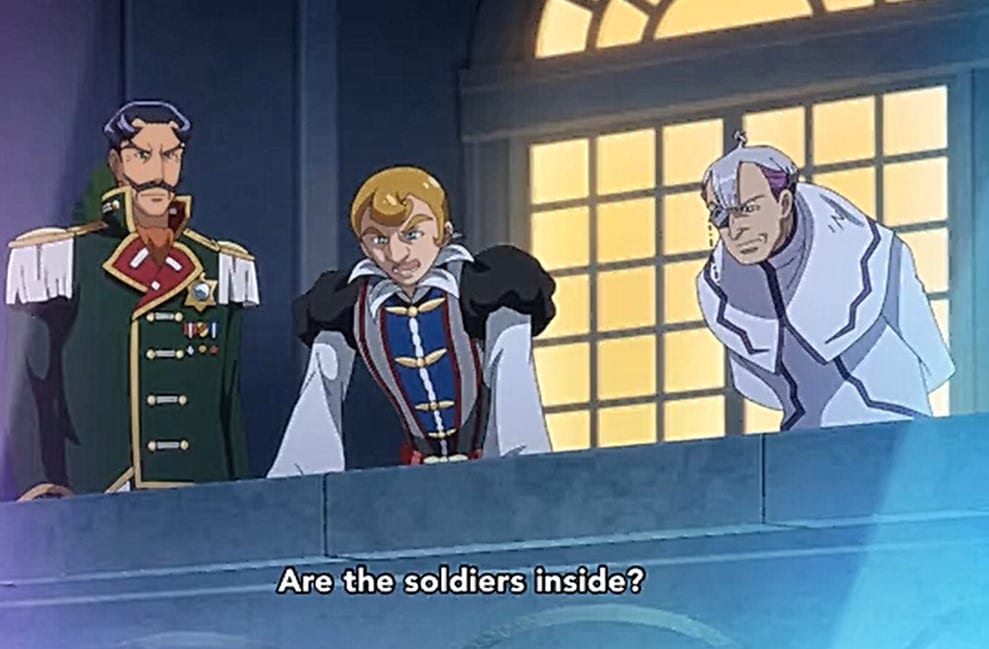 They reveal that there is someone who wants to talk about the wall with them. Tae has managed to take down all the warriors. He announces to Rekka that he has scared Back Arrow away, who wiped out the Rekka army. Tae started to boast and brag that he is the most feared and powerful warrior. He reveals that due to his conviction, he has managed to surpass the Emperor’s power. He also comments that power means everything in Rekka. Tae told the citizens to be loyal to him, and he is the one who is supposed to rule.

He told them that he would give the town to decide that he is the new ruler. The citizens can decide to be loyal to him and leave, or if not, they will be destroyed. Kai, Ren, and the two Supremes are surprised since they agreed that the war is over. The Prime Minister realizes that the lives of everyone are at stake and told the Supremes to tell the warrior to join Tae. Ren wanted to refuse, but the Prime Minister told her that they are avoiding bloodshed for the time being, and he has noticed that Tae is unbeatable at this point.

Arrow and Shuu arrive at the Granedger. They met with a hooded lady who reveals that Arrow is the Newcomer and is in a fated ship. She told Arrow about Epitaph mountain that is beyond the wall. She also told them that she would guide them through the wall. Later they battle with the enemies, and after defeating them, they manage to pass through the wall. But Arrow finds that beyond the wall, there is another wall.

Back Arrow Episode 18 Release Date & Where To Watch

Back Arrow Episode 18 will release on Saturday, 8 May 2021, at 12:00 AM. You can watch Back Arrow online, Funimation. We will update more updates after episode 18 is released.