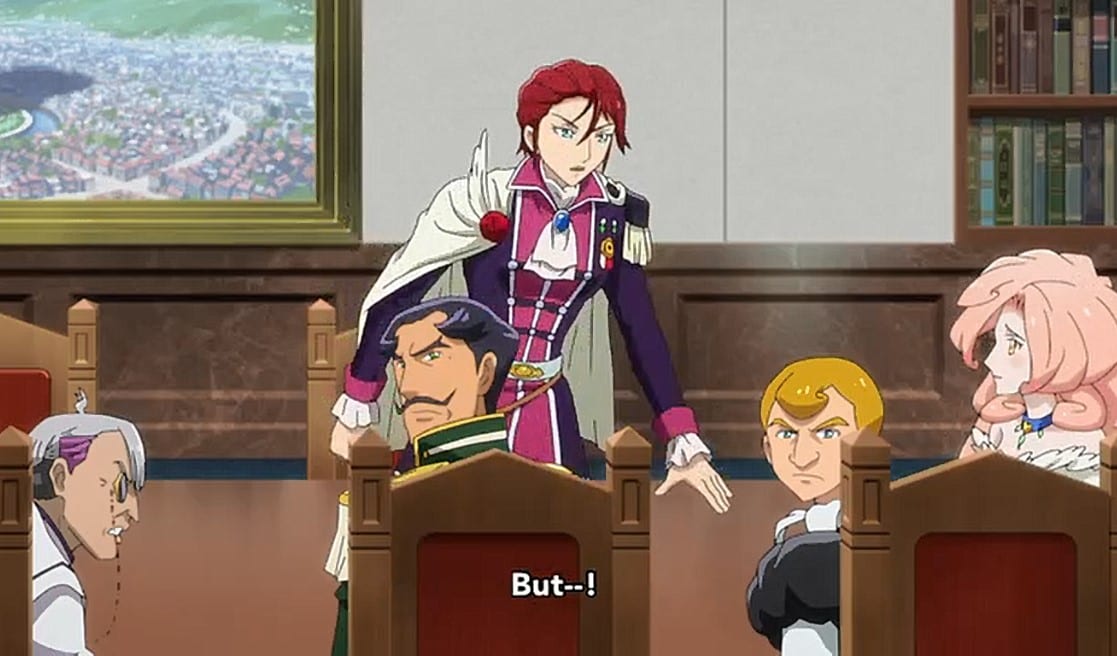 Today we’ll be talking about Back Arrow Episode 16. Rekka’s Briheights were wiped out by Granedger super-weapon called Granarrow. Princess Fines unleash her true powers and pour her love on the unrelenting Rekka army. She ended the war by moving everyone’s heart, even Emperor Zetsu’s heart. Emperor Zetsu accepted her alliance, and they shake hands. But back at the capital, the citizens of Lutoh were enraged by hatred. They have lost their love for Princess Fines since they have seen her second personality during the battle.

Atlee, Shu, Eisha, Arrow, and the others celebrate that the great war is over. They ask Arrow what is next since the war is over. Eisha comments that they thought they are heading back to the wall Shuu reminds Arrow about attacking the wall, and Arrow realizes that it does not affect the wall. He also realizes that Shuu told him to become a king and unite Lingalind with Rekka might, Lutoh’s technology, and their Granedger. Shuu comments that without those three destroying the world wall would be impossible.

Previously on Back Arrow Episode 15

Before we jump to Back Arrow Episode 16, let’s have a recap of Episode 15. Arrow started to think deeply about becoming the new king. Meanwhile, at Lutoh, the citizens are making a riot. They blame Princess Fine for everything that has happened. They comment that she is the one who brought this war upon them, and she tricked them. One of the drunkards comments that she is not a princess; she is a witch. They throw tools and stones, and she got injured at her forehead. The punks told her that they are done listening to her. They unleashed their binding warpers and get ready to clash with her.

The village head summons the National Assembly army to bring Fines head. Commander Prax retreated with Fines and headed to safety. Eisha is working at something in the middle of the night. She is worried that she can’t contact grandpa and wonders if they are not staying in an inn. Atlee comments that maybe they are sleeping and Eisha notice that Atlee is worried. She asks her why she is worried, and Atlee reveals that she didn’t help during the battle. Arrow and Shuu did their part, and Eisha controlled Granedger.

But all she could do was nothing since the enemies were above her level. Atlee wonders what she is good for, and Eisha realizes that Atlee has this bad habit of blaming herself. She told her to stop putting herself down since the crew thinks that she is an amazing person. They don’t care whether she is the weak one in the crew since when she is not around, they are not complete. Eisha reminds Atlee that she is the first one who manifested a Brigheight to save the village. 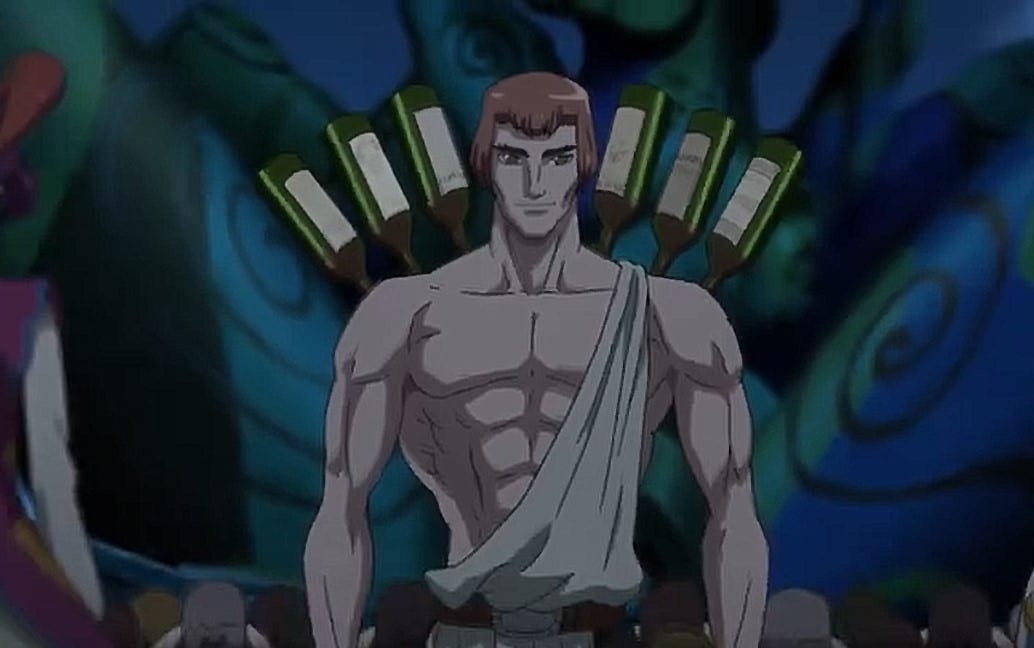 She also reminds her of when she helps Arrow during hard times. Eisha reminds Atlee why she can’t see that she is the first one to act when they are in danger. She told her not to worry since it won’t be long since they see the villagers again. The citizens of Lutoh are still in protest, and they want Prince3s Fine to be killed. They think that they will be in peace if she dies. But they don’t realize that the war is over. They comment that it is not good enough as long as she is lives, she”ll kill in the name of love.

The citizens are worried that she might be consumed by her other dark personality and start killing people. They know that there is no cure for her disease. Meanwhile, at the tower, Fine asks Prax why they run away. Commander Prax told her that her life was in danger, and they have to stay low until things cool down. Peath arives with the high-ups, and they are glad that she is fine. Commander Prax asks Peath why the citizens had Briheights. The scientist reveals the lab was destroyed, and the citizens stole all the Bind Wapers.

They both head to the boardroom. Elect Supreme communicates with them and suggests if he can help them solve the problem. He comments that the way Fine took on Zetrsu was so beautiful. Later Elect Supreme sent his army to attack Lutoh. He reveals that it is the beginning of the new era. Doctor Wener died during the battle, and the soldiers want Arrow to hand over Fine.

Back Arrow Episode 16 will release on Saturday, 23 April 2021, at 12:00 AM. You can Watch Back Arrow online on Funimation. We will update more updates after episode 16 is released.

Find how the great war ended here on Spoilers & Preview: Back Arrow Episode 15.