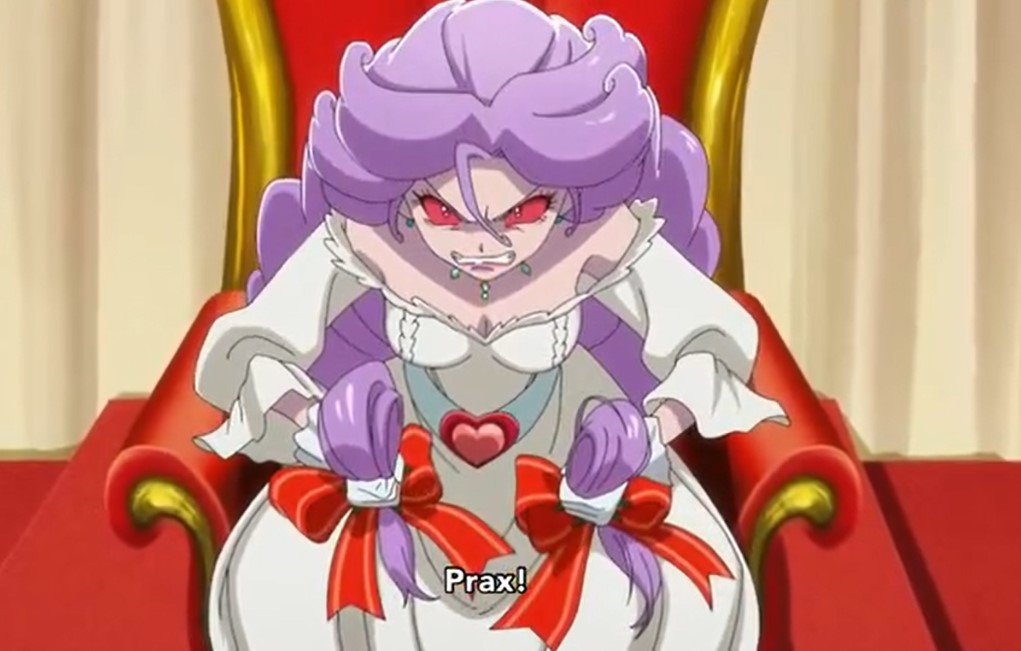 Princes Fine has accepted the war from His Highness. She told Barana and Prax that they are preparing for war with Rekka in two days. Prax notices that Fine has been posses by her other personality. The citizens are wondering why Lutoh has to fight with Rekka. Dr. Solo has invaded Luto to get food for the escapee, but Friz followed. When he arrives at his hideout, he told Arrow and the others about the war.

Friz started to destroy their hideout, but Dissonaza chases Friz away. Solo can’t believe that it is Dissonaza. Dissonaza told Solo to follow her since there is nothing  ”He” doesn’t know from the capital. She told him that ”He” is waiting for him. Shu asks Solo who is ”He.” Solo replies that ”He” is the worst person to defy in Lutoh; they can just go with the flow.

Back Arrow Episode 11 will release on Saturday, 20 March, at 12:00 AM on back-arrow.com, AnimeLab, and Funimation. We will update more updates after episode 11 is released. Let’s move to the recent development and preview below.

Previously on Back Arrow Episode 10

Later, they both arrive at Depraved Palace. They met with Elect Supreme, who is eating some sugary snacks. He apologizes for eating in front of them, and Shuu is wondering why a chubby guy like that is the Elect Supreme. Elect Supreme is glad that Solo knows him and reveals that he is Rudolf. He is wondering why the Brains of Rekka don’t even know him. He thought Shuu know everything that happened in Rekka.

Solo reveals that it is the first time he is seeing Rudolf. But he has just heard the rumors about him and never thought Elect Supreme exists. Arrow asks who he is, and Shuu reveals that Rudolf is one of the Six Supremes. Rudolf is the one who elects the crown, and Bit thinks Rudolf is the most important guy. He continues to eat a bunch of snacks. Rudolf comments that Solo has brought an interesting group. 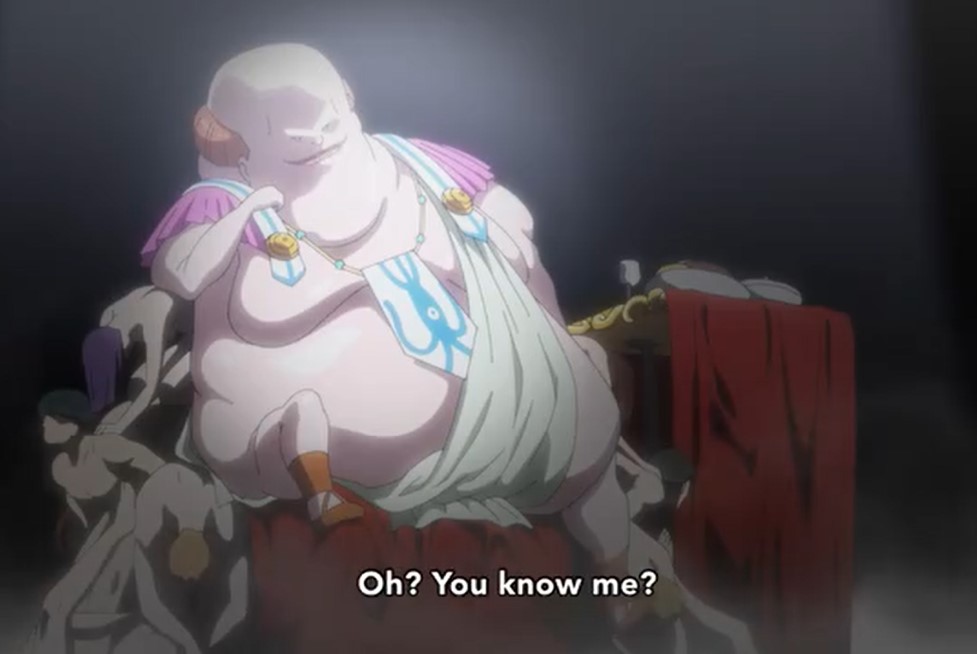 Rudolf said he enjoys new company once in a while, and he is glad to see the man beyond the wall. Rudolf blew wind toward Arrow and asks if he is coming from inside a Rakuho. Arrow replies that he doesn’t like that. He fires back at Rudolf for trying to be bossy. Rudolf comments that he can see that Arrow is the sharp one. Arrow told Rudolf that he doesn’t like people like him. Rudolf’s eyes switch to green, and he created a gust of wind that slams Arrow with the wall.

Rudolf told Arrow that when he gets angry more power is unleashed in his body. Solo reveals that Rudolf has a Bind Waper inside his body. Rudolf says his powers have no limit, and if he gets serious, he can destroy the world. Dossonaza arrived and said that Secretary Supreme Peath is here. Rudolf said Arrow and the others could stay. Peath saw Solo and told him that he had heard everything from Prax.

Rudolf comments that he knows that Prax is after them, but they are his guest for now. Peath said that he doesn’t intend to interfere; he has brought new from the Lutoh kingdom. Rudolf said he is aware of the declaration of war that Fine and the others have commanded it. Peath is wondering how Rudolf is aware of the upcoming war. Rudolf said he is the one who picked Fine for the throne. That’s why the other successors are here to comfort him. 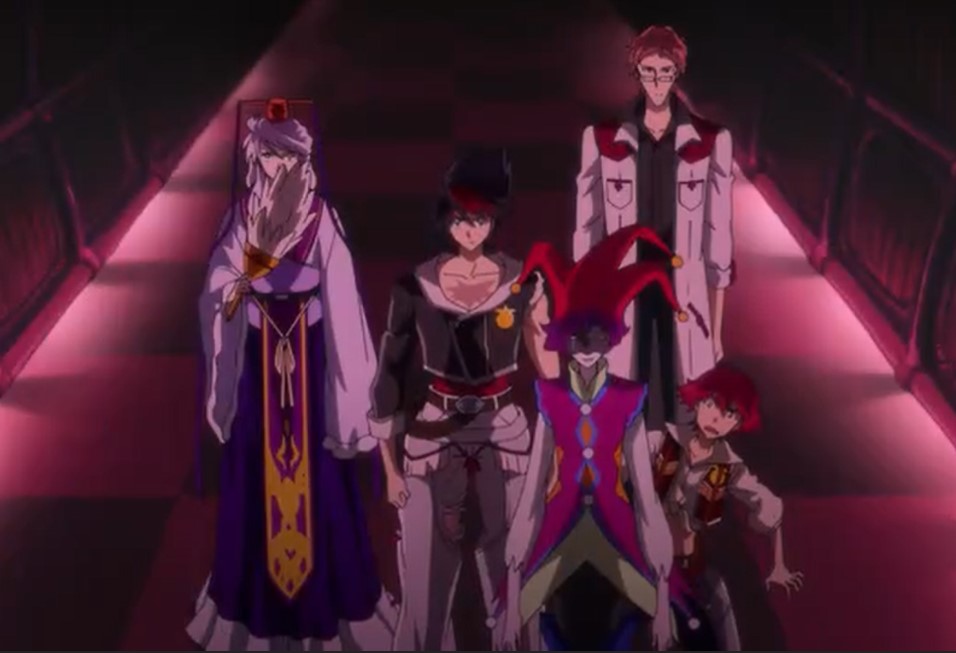 Bitt can believe that all the corpses lying on the floor are the princesses who died trying to comfort Rudolf. Peath reveals that Rudolf pitied the princesses and made them his servants. Rudolf reveals how he gave Fines his blood after she met with an accident. The crew now knows that’s why Fines possesses two personalities, an evil one and a good one. Rudolf said Fines resilience made her fit for the crown.

Solo can’t believe that Rudolf’s blood is the root of the problem. Shuu asks Solo if he is was not aware of the blood process. Solo replies that he knows about the surgery, and he was not aware that they used Rudolf’s blood. Arrow blames Rudolf for the state that Princess Fine is in. Rudolf reveals that he didn’t want Fine to die even if he did an evil thing. Peath reveals that the Princess will execute Eisha and the other friend of Arrow.

At Lutoh, Fine orders Eisha to battle alongside Prax, or everyone in her village will be killed. Eisha refuses to fight with the Rekka since she comes from there. Later, Arrow arrives at Lutoh and battles with the guards trying to make his way to save Eisha and the others. When he arrives inside, he battles with Prax and defeats her Fines return to normal, and they decided to help her stop the war. Fine decided to stop the execution.

Read Back Arrow Episode 10 and find how Arrow escaped Lutoh with Solo.