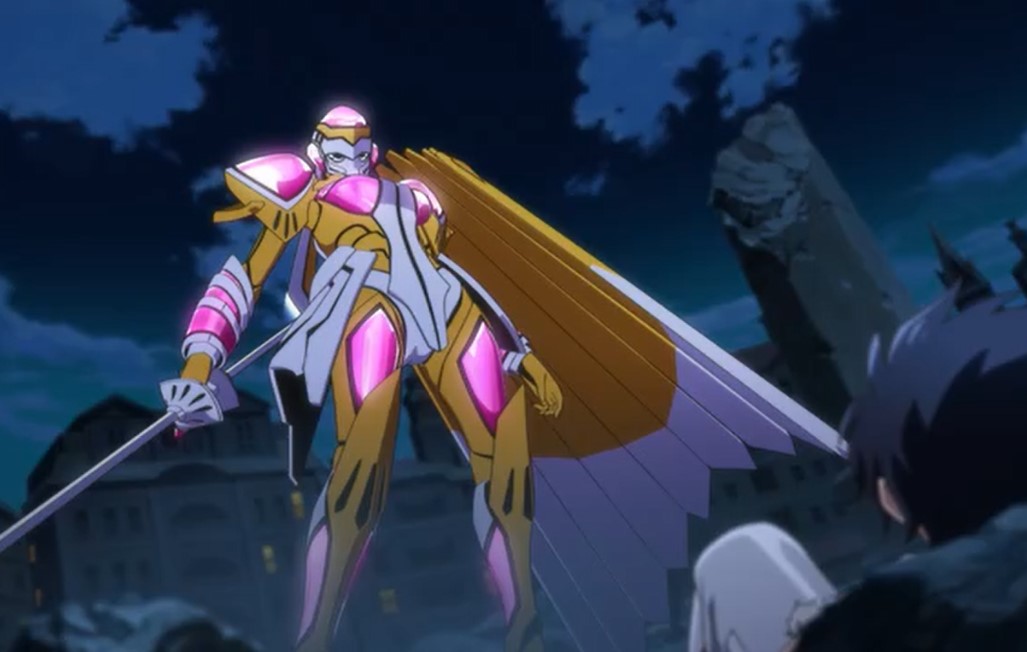 Arrow and has arrived at the wall with Dr. Solo, but he couldn’t pass the wall. The rest of the crew headed to  Fines’s kingdom. Arrow was captured by an imposter who was pretending to be Prax. She head with him to the Lab and Shuu along with Bit saved him before the experiment starts. Look at Back Arrow updates below.

Arrow started to battle with the imposter, but he is worried that she is too strong. They started running, but she finds them, and Bit comments that he will wet his pants. Prax arrived and told Arrow and the others to head to the castle; she will handle everything. She reveals that the imposter is princess Fines, but she seems to be passed by evil powers.

Back Arrow Episode 10 will release on Saturday, 13 March, at 12:00 AM on back-arrow.com,   AnimeLab, and Funimation. We will update more updates after episode 10 is released. Let’s move to the recent development below.

Previously on Back Arrow Episode 9

Shuu comments that Prax knows the secrets about Princess Fines. Prax comments that anyone who knows the secret must die. She said Arow and the crew have to die since they have found out about the lab and human experiment. Arrow is thinking about how he can defeat Prax, but Bit wants them to run since he can hold it in. He unleashed his manifestos armor and decided to fight in Briheight form. Arrow throws his word away.

Prax can believe that Arrow will use a Briheight in the castle. Arrow pretends as if he will fight, but he escapes with Shuu and Bit. Prax communicates with Hans to carry out the plan. Fines heads to her room, and the evil powers fade away. She shed tears and said she done it again. Meanwhile, Eisha and Atlee talk about Arrow thinking that he is still at the wall. But they’re surprised to see Arrow fighting with Prax at a distance. 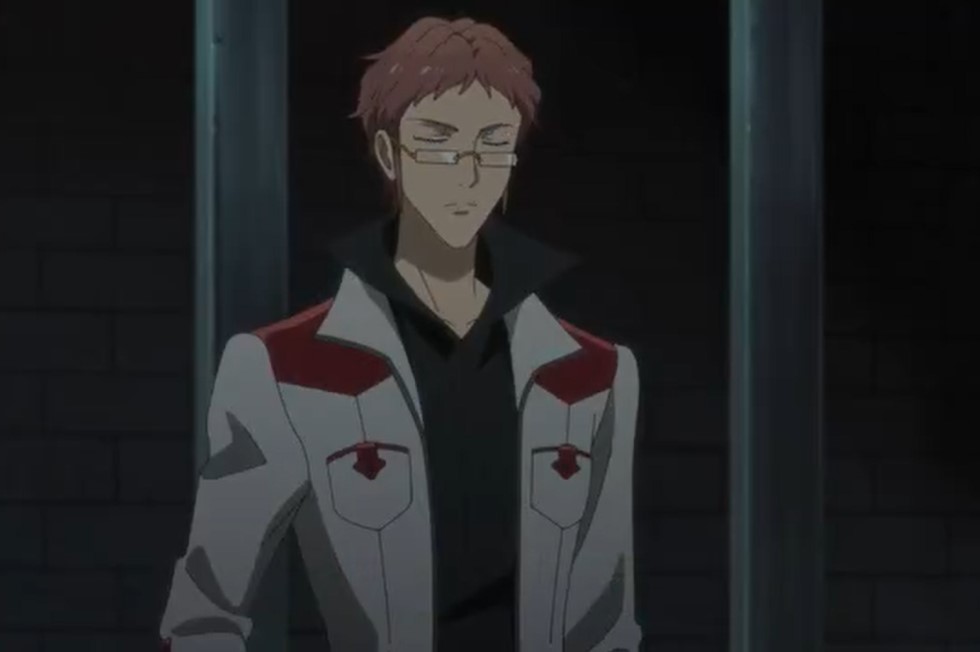 They wonder why the two are fighting since they are not aware that things have changed in the kingdom. Prax defeated Arrow for the second time, and she comments that a Briheight without conviction can only be so strong. Prax told Arrow that she is a knight; there is no honor in fighting people in a Briheight. She decided to finish off Arrow in a human form. Dr. Solo arrived and told Prax not to hurt Arrow.

Prax is annoyed since her brother has shown up in front of her after a long time. Arrow is surprised to find that Solo is Prax’s brother. Prax reveals that Solo runs away and hides in Edger Village just like a coward. Solo replies that he is a coward and she can insult him as much as she wants. Prax told Solo not to talk back, and he will never be forgiven for abandoning the princess. She told her that he would have to die.

Solo replies that if Prax kills him, the princes won’t be cured. He confesses that for the princess to be passed by evil powers was his fault. But no one is going to be killed since he left the kingdom to find the cure. Prax replies that she doesn’t want to hear his excuses. Solo said it all thanks to that since he met with Arrow. He reveals that with Shu’s brain, they can find the cure to heal the princess. Pax refused to believe Solo and said they would all have to die. 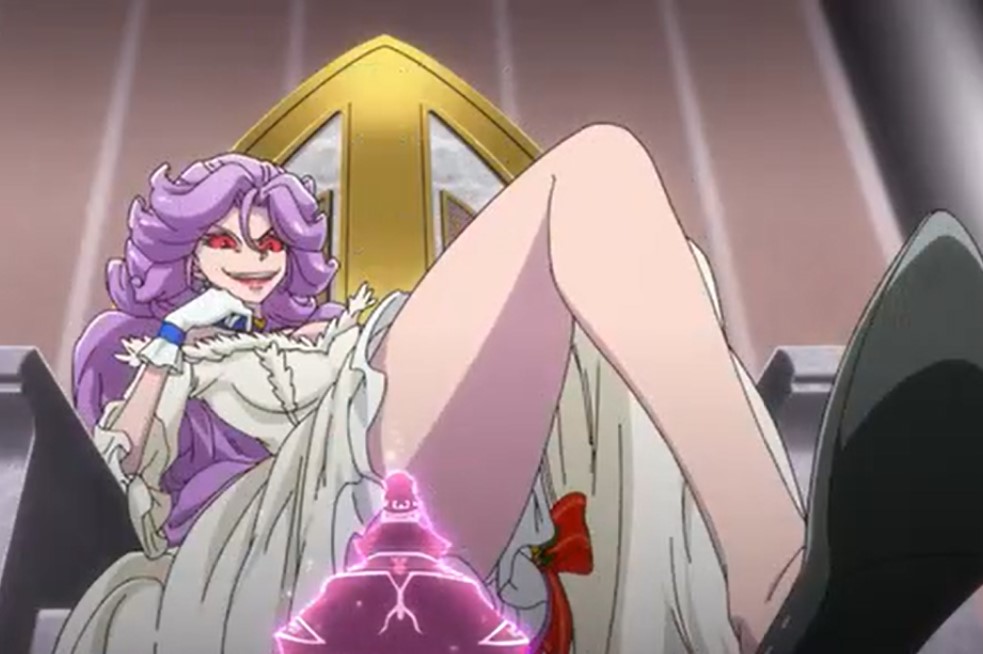 Solo pressed a button that created a huge light. After a light, Prax finds that they have escaped. Solo, Arrow, and the others arrive at Solo’s hideout, and Bit asks if they won’t be found. Solo reveals that he always wins at hiding and seek. Bit aks if they won’t send soldiers to look for them. Solo replies that only he and Prax know the princess’s secret. Shuu comments that it means that they won’t send the soldiers for them not to be exposed.

Solo agrees and said that they might send their underlings. Arrow asks Solo to tell them the truth. Solo reveals that he is Wener Conrad; he was Lutoh’s Armored Supreme. He narrates the story that happened five years ago when the ruler passed away, and the death opened the throne. There was 40 successors, and Princess Fine was last in line. Princes Fine became the successor to the throne. But she had two personalities, the good and evil one.

They kept it a secret so that Fine will not be thrown out. Solo wanted to reveal the truth to Baran, but he finds that his food was poisoned. That day he runs away from the Kingdom, realizing that Prax will do anything to protect Princess Fine. Solo became a doctor to find a cure for the Princess. Prax became the new Armored Supreme, and Eisha, the others are arrested. His majesty calls Fine and told her that tomorrow the war would begin.