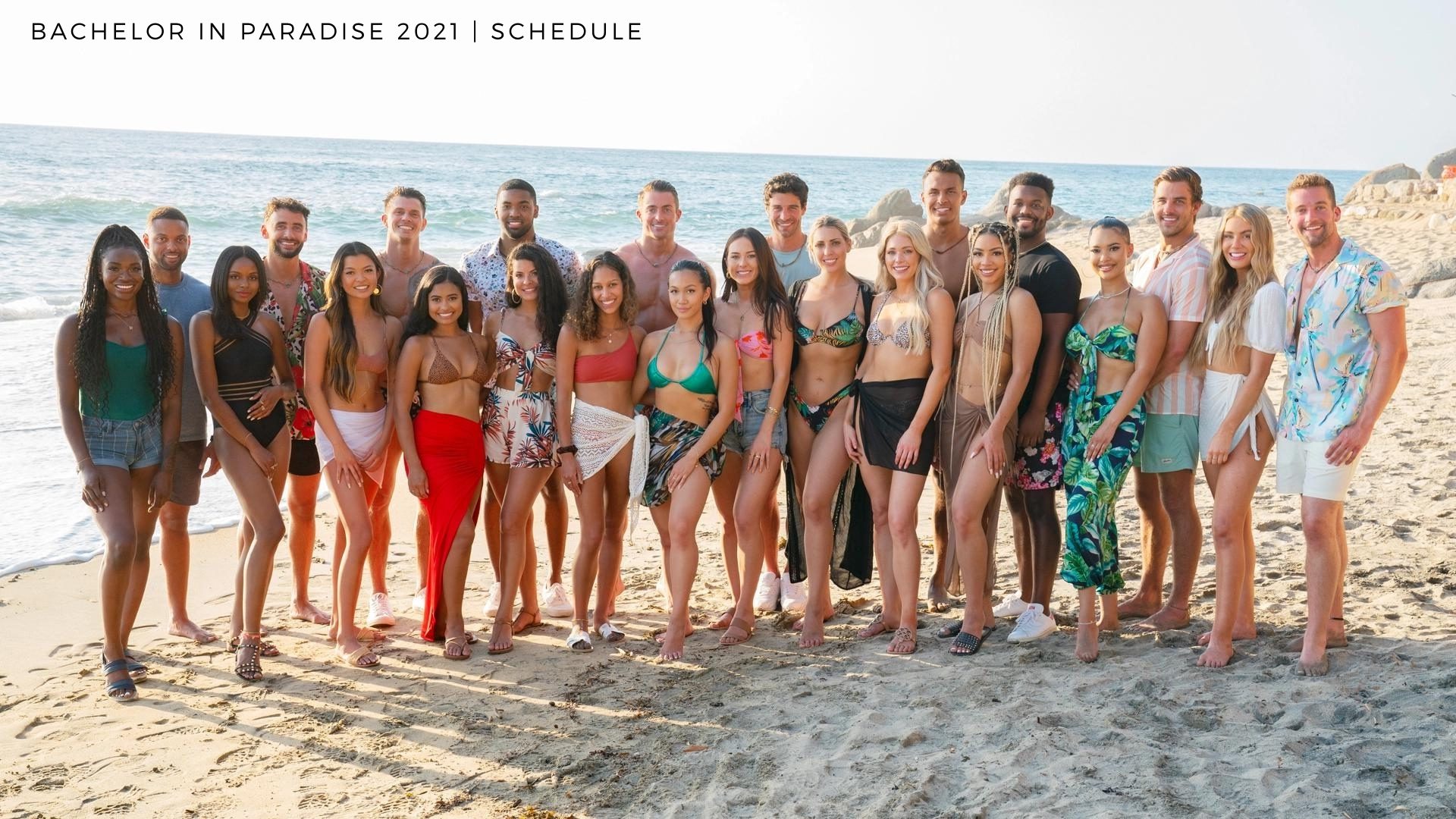 Let’s look at Bachelor in Paradise 2021 Schedule. But before, that we need to take a quick refresh on what is the show is all about. Bachelor in Paradise is an American reality competition television sh has been premiering since August 4, 2014, on ABC. This show is a spin-off of the American reality television shows The Bachelor and The Bachelorette. In the show, we will be able to see the previous contestants from the shows The Bachelor and The Bachelorette being featured, and we will see they travel to a secluded paradise in Mexico where the show takes place. Chris Harrison originally hosted the show.

The show is currently in its seventh season, and we will be looking at Bachelor in Paradise 2021 Schedule. The show has a lot of fans, thanks to the show’s contestants who attempt to fall in love with each other. The latest season of Bachelor in Paradise is hosted by a range of celebrity comedians, including David Spade, Tituss Burgess, Lance Bass, and Lil Jon. Fans of the show will remember that the show was unable to return in the previous year due to the COVID-19 pandemic, but now we have the season for which we all have been waiting.

As for the premiere of Episode Six and Seven, we don’t have any official announcements regarding when they will be released.  We will update here very soon when we get any official confirmations regarding the last two episodes of the season.

ABC released the full three-minute trailer for Bachelor in Paradise on August 9th. In the trailer, we were able to see Kendall Long arriving on the beach and then being forced to confront her ex, Joe. Joe had been dating Serena Pitt. Then we see Becca Kufrin going on a date with Thomas, a villain from Katie’s season. Kenny Braasch and Demi Burnett in the trailer had been looking look very hot and heavy. In the trailer, we were even able to see Demi talking about Kenny to the boom boom room.

Also Read: Who is Wells From The Bachelor Dating, Is He Getting Married to Sarah Hyland?